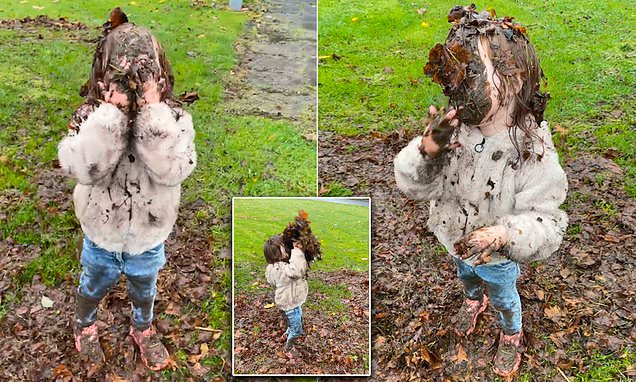 Stacey Mitchell, from Glenrothes, Scotland, had been on her way to Matalan with her three children when she decided to take a stroll through the park nearby. 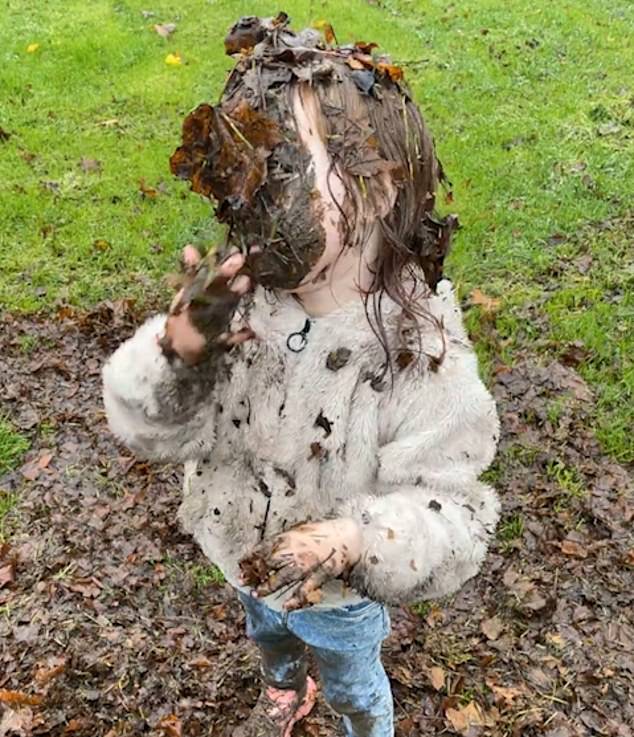 Five-year-old Olivia looks at her mother Stacey after covering her face with mud and leaves at a park in Glenrothes, Scotland 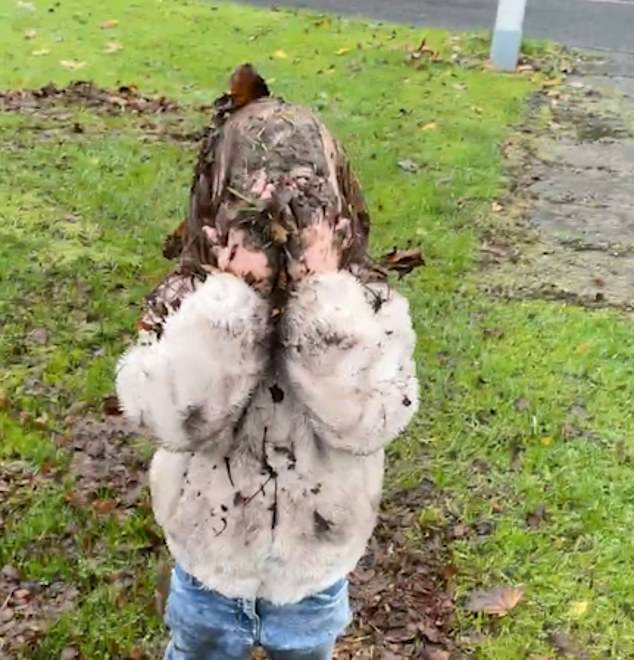 Footage, captured on November 12, shows the five-year-old stare at her mother after covering her entire face with mud.

The young girl then scoops up a pile of leaves and throws them over her face as her mother says: ‘I am done. I was planning to go to Matalan but I don’t think that’s possible now.’

One user wrote: ‘Try if mum! It works wonders!’

Another commented: ‘Bairns got no fear.’ 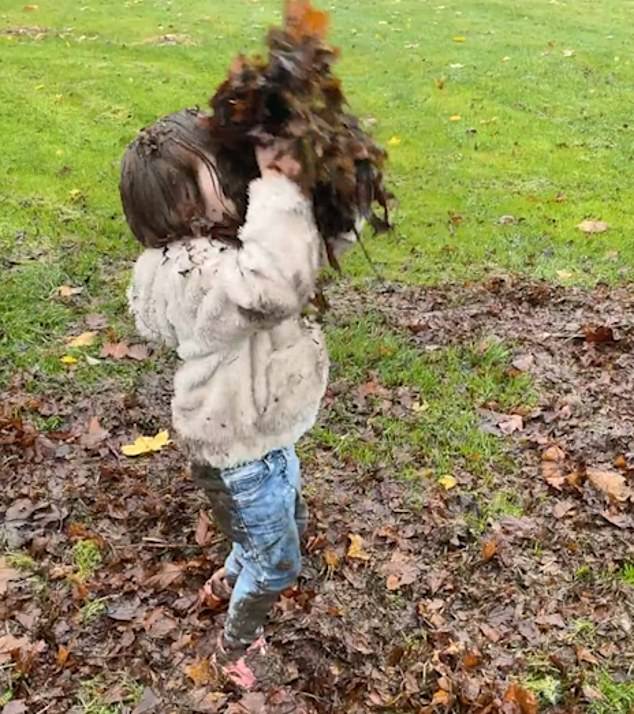 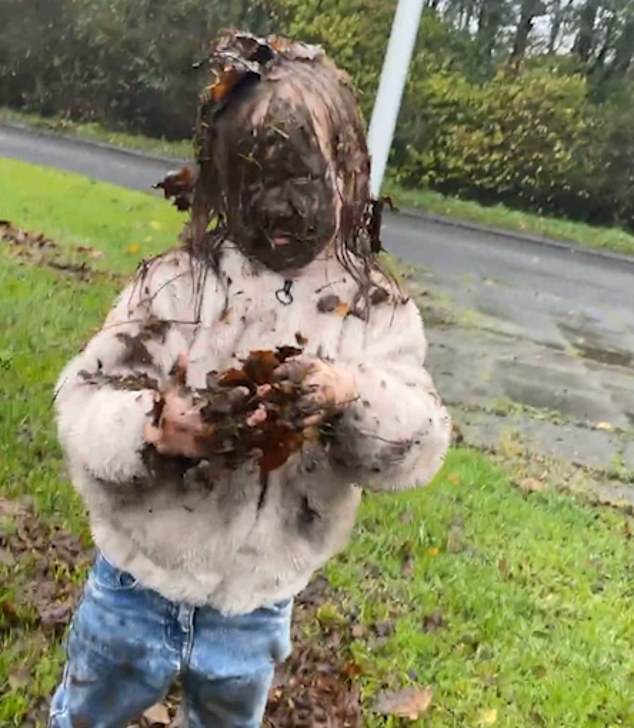 Mother Stacey Mitchell, from Glenrothes, Scotland, tells her daughter: ‘I can’t look at you for laughing’