Motorist, 38, who threw ink over Insulate Britain protestors is named

EXCLUSIVE: Motorist, 38, who threw ink over Insulate Britain protestors is music promoter from Essex who ‘lost his temper’ when mob ‘refused to let an ambulance through’

An angry motorist who threw ink over Insulate Britain protestors is a music promoter from Essex who was frustrated because he believed the eco mob were refusing to move for an ambulance stuck in the jam, Mail Online can reveal.

The 38-year-old from Harlow, Essex, who works with bands and arranges concerts, later told friends he lost his temper after asking the protestors to move from the A40 in North Acton, West London, to allow an emergency vehicle through – only for them to refuse and stay put.

Other protestors caused traffic chaos on the M25 at Dartford, Kent, where 38 people were arrested.

Andrew Dutton (pictured), 38, was filmed calmly walking along the line of the protestors sat in the middle of the road and spraying them with ink as they blocked traffic yesterday

The friend said: ‘Andrew told me he had asked those sitting down to move out of the way so that an ambulance could get through. He thought it was incredibly selfish.

He later said: ‘It wasn’t painful, it didn’t hurt – it was unpleasant, but just sad, the whole thing’s sad, it’s sad that we have to do this.

‘I hate doing it, I’m a retired doctor, I’ve spent my whole life trying to help people, and I’m reduced to having to do this because the Government won’t address the problem adequately, basically. Terribly worried.’

Christian (pictured) later said: ‘It wasn’t painful, it didn’t hurt – it was unpleasant, but just sad, the whole thing’s sad, it’s sad that we have to do this.’ 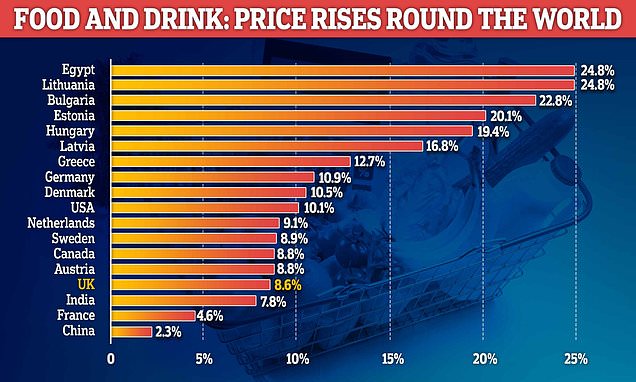 Weekly grocery shop is up by 8.6 per cent in Britain but that is better than the US, Canada, Netherlands, German, Denmark and SwedenUK food and drink prices are rising by 8.6 per cent as inflation sits at 9 per cent ... 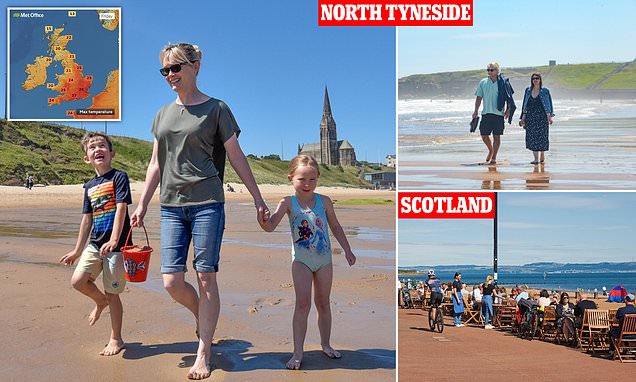 Britain set for sunshine and temperature highs of 82F tomorrow

It's going to be HOTTER than Antigua! Britain will swelter in 86F heat during Wimbledon final on Sunday- before EIGHT DAY heatwave kicks inThe Met Office said there will be 'prolonged sunshine for much of the UK' as ...