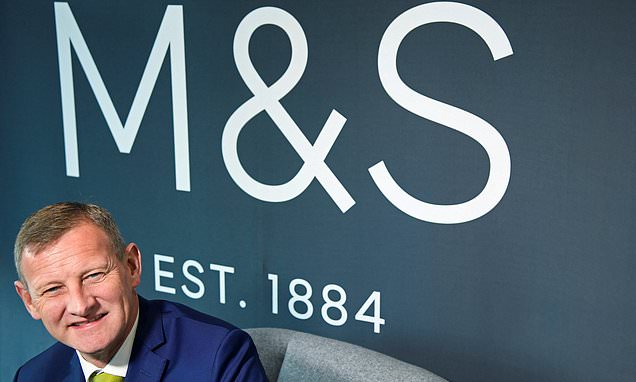 The chief executive of Marks & Spencer this weekend condemned proposals for an online sales tax as ‘morally bankrupt’.

Steve Rowe warned that the mooted tax hike would hammer consumers already struggling with the cost-of-living crisis and force them to pay more tax on ‘essential’ goods including prescriptions and food.

In a comment piece for The Mail on Sunday, he admitted there is a need for ‘urgent reform of an unfair and outdated’ system that leaves bricks and mortar retailers at a disadvantage to online operators with lower overheads. But he added: ‘You cannot tax people back to shops.’

The Treasury has launched a long-awaited consultation into an online sales tax as a way to re-balance the burden between internet and traditional retailers. 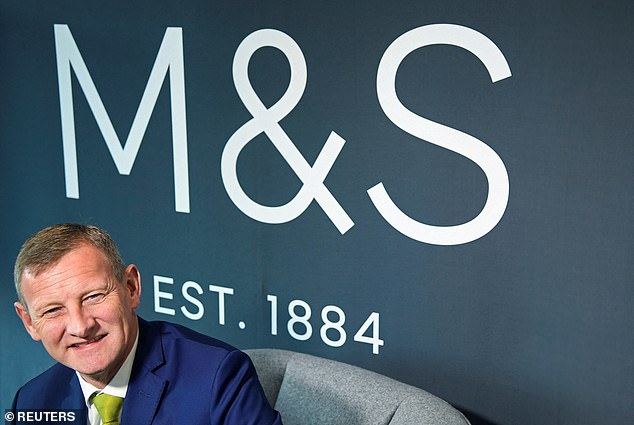 Supporters argue it would be an easy way to redress the unfair advantage enjoyed by online businesses that have drawn shoppers away from the high street.

Rowe’s broadside is likely to be one of his last public statements as the boss of Marks & Spencer. He will this week present his final full-year results to the City and will be stepping down from his position shortly.

The intervention at this stage in his tenure reflects the depth of feeling within Britain’s biggest clothing chain.

Many retailers have been bewildered at the Government’s lack of meaningful action over the high street’s woes.

Rowe’s opinions will pit him against supermarket bosses who have voiced their support for an online tax.

The grocery chiefs argue that it will help level the playing field with online rivals such as Amazon, which they have long feared will launch a full-scale assault on the food market.

Sainsbury’s and Tesco have publicly supported an online sales tax, arguing for a commensurate cut in business rates.

Rowe said: ‘Now – more than ever – we cannot overlook the potential impact on hard-pressed consumers who already swallow a sales tax through VAT.

‘If an online sales tax is applied in its broadest sense, consumers will shoulder a further tax on even essential items such as prescriptions, baby items and food staples.’

The veteran retailer said the measure would hit less well-off shoppers harder than those with more income. ‘At any time this would be regressive, but introducing this at the moment would be morally bankrupt,’ he said.

‘The simple fact is, you cannot tax people back to shops. You need to invest and adapt.’

Rowe warned that an online tax alongside VAT and business rates would also impose ‘a triple tax lock on the future growth’ of traditional retailers.

Business rates are hated by many stores bosses and are often cited as a major cause of mass shop vacancies.

Rowe also complained about rises in National Insurance contributions. A further tax burden on the sector may mean squeezed shop bosses will feel compelled to cut staff numbers and scale back on stores. He said shops in struggling town centres would be particularly vulnerable.

‘They may cut their cloth accordingly, starting with the least profitable parts of their business,’ he said. ‘Sadly more often than not this will be high street stores, particularly in town centres already crying out for investment and jobs.

‘It is wrong to pit online and bricks and mortar against each other. Our future requires a blend of digital services with physical retail so customers can shop however and whenever they want.

‘When we get this right, stores can be a true source of competitive advantage – offering a modern, inspiring and convenient shopping experience.

‘It is the job of retailers to innovate and invest to bring customers back through the doors, and it is the job of Government to ensure a level playing field and to make sure the regulatory environment doesn’t make that harder.’

Rowe said the Treasury must act to unshackle the sector and allow it to ‘compete globally’ rather than handing the market ‘to the US and Chinese players and stunt one of the few innovative and growing segments of the UK economy’.

The lifelong M&S employee pointed out that more than three million workers are employed by the sector. He called for a cut in business rates funded by the Organisation for Economic Co-operation and Development’s planned global minimum corporate tax rate of 15 per cent for online giants.

Rowe said: ‘This will ensure ‘footloose’ multinationals – many of them tech companies – pay their fair share.’ 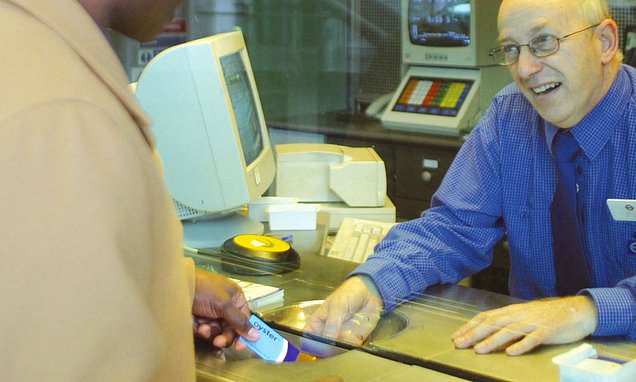