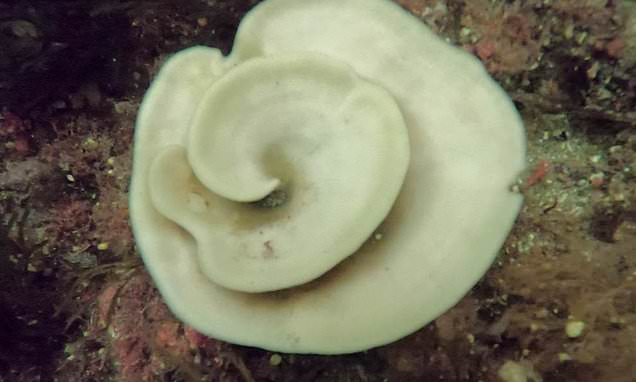 New Zealand sea sponges are ‘dying by the millions’: Creatures that provide food and refuge to marine animals are changing from a velvety brown to bone-white due to the worst bleaching event on record caused by climate change

The sea off the coast of New Zealand is typically filled with velvety brown sponges, but new images show these marine creatures have turned to a bone-white – and climate change is to blame.

Scientists found sponges are ‘dying by the millions’ in what is ‘the worst bleaching event on record.’

The discovery was first made last month when thousands of creatures, but experts say there could now be tens of million dead.

Bleaching, which is caused by a stress event, cause sponges to lose their cells, leaving behind a bare skeleton – this is a similar process seen among coral.

Although sea sponges are small, they play a vital role in the marine ecosystem by providing food and shelter to other marine animals. 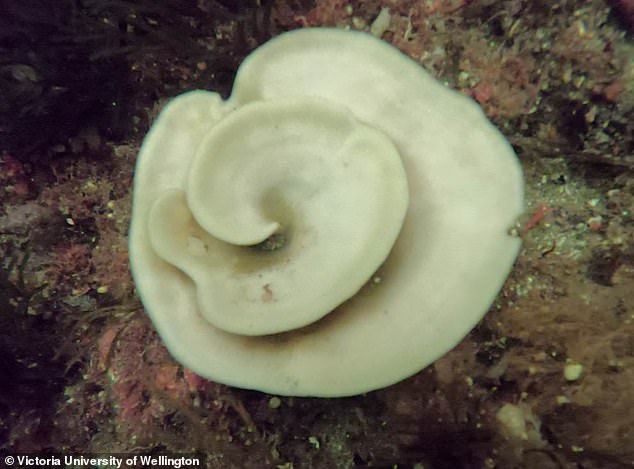 The sea off the coast of New Zealand is typically filled with velvety brown sponges, but new images show these marine creatures have turned to a bone-white – and climate change is to blame

The damaged sponges, one of more than 800 species in New Zealand, were found in more than a dozen places near the Breaksea Sound fjord.

James Bell, marine ecologist and professor at Victoria University of Wellington, told The Guardian: ‘As far as we’re aware, it’s the largest scale and largest number of sponges bleached in one event that’s been reported anywhere in the world… certainly in cold waters.’

New Zealand has experienced two record marine heatwaves with temperatures up to five degrees above normal, said Dr. Robert Smith, oceanographer at the University of Otago, reported The Guardian.

The bleaching event was caused by extreme temperatures, which have persisted since September of last year. 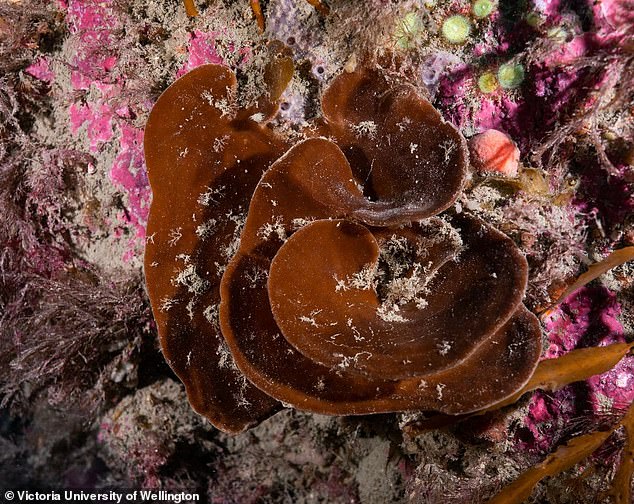 Pictured is an image of an unbleached sea sponge 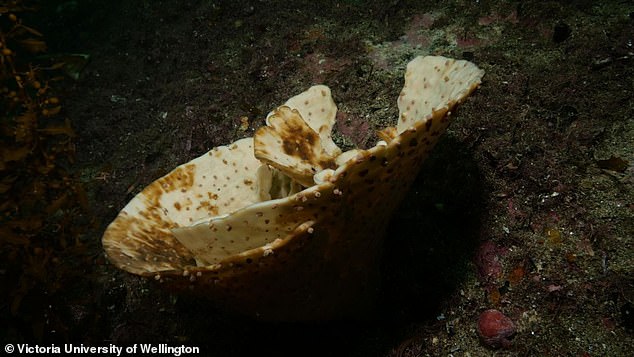 Scientists found sponges are ‘dying by the millions’ in what is ‘the worst bleaching event on record.’ The discovery was first made last month when thousands of creatures, but experts say there could now be tens of million dead

And it was the hottest on record for the third year in a row.

‘At the northern and southern limits of New Zealand, we’ve seen the longest and strongest marine heatwave in 40 years, since satellite based measurements of ocean temperature began in 1981,’ said Smith, as The Guardian reported.

According to Bell, some sea sponges will bounce back after a day or a week that sees just above average temperatures.

While Smith said it would be hard to say human-caused climate change was the culprit of a particular period of increased temperatures, oceans across the globe were heating up more often with higher temperatures for longer periods of time, and the intensity and length was predicted to increase.

The bleaching event is similar to what is killing off coral in the Great Barrier Reef, which experts warn could soon be completely destroyed by climate change.

In April 2021, a report showed revealed that if 2.7F (1.5C) degrees of warming continues, the world’s largest coral reef system will eventually perish.

The natural wonder is expected to shrink, but if the Earth experiences warming of 3.6F (2C) only one percent of coral will remain.

Researchers say that immediate ‘transformative action’ to reverse global warming is the only option for saving the Great Barrier Reef, but reaching the goal seems to be ‘virtually impossible.’ 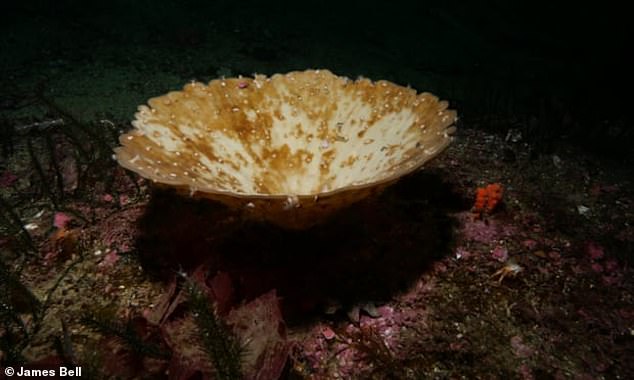 The bleaching event was caused by extreme temperatures, which have persisted since September of last year

However, the team also notes that with Earth’s current rates of emissions, it is likely we will surpass 2.7F (1.5C) by 2025.

When ocean temperatures are too high, corals expel their colorful symbiotic algae that provide them with food — turning them a bleached white.

The report, titled ‘The Risks to Australia of a 3C Warmer World,’ suggests Australia is headed for a climate disaster and that it will take the Great Barrier with it.

‘As the driest inhabited continent, Australia is highly vulnerable to the impacts of global warming,’ the report states.

‘The summer bushfires of 2019–20 in a tinder-dry country, or the three severe coral bleaching events within five years that caused a loss of over 50 percent of hard coral cover in the shallow waters of the Great Barrier Reef, demonstrate some of the consequences of a warming planet for Australia’s people, economy and environment.’

WHAT ARE MARINE HEATWAVES AND WHAT DO WE KNOW ABOUT THEM?

On land, heatwaves can be deadly for humans and wildlife and can devastate crops and forests.

Unusually warm periods can also occur in the ocean. These can last for weeks or months, killing off kelp forests and corals, and producing other significant impacts on marine ecosystems, fishing and aquaculture industries.

Yet until recently, the formation, distribution and frequency of marine heatwaves had received little research attention.

Climate change is warming ocean waters and causing shifts in the distribution and abundance of seaweeds, corals, fish and other marine species. For example, tropical fish species are now commonly found in Sydney Harbour.

But these changes in ocean temperatures are not steady or even, and scientists have lacked the tools to define, synthesize and understand the global patterns of marine heatwaves and their biological impacts.

At a meeting in early 2015, we convened a group of scientists with expertise in atmospheric climatology, oceanography and ecology to form a marine heatwaves working group to develop a definition for the phenomenon: A prolonged period of unusually warm water at a particular location for that time of the year. Importantly, marine heatwaves can occur at any time of the year, summer or winter.

Unusually warm periods can last for weeks or months, killing off kelp forests and corals, and producing other significant impacts on marine ecosystems, fishing and aquaculture industries worldwide (pictured)

With the definition in hand, we were finally able to analyse historical data to determine patterns in their occurrence.

Over the past century, marine heatwaves have become longer and more frequent around the world. The number of marine heatwave days increased by 54 per cent from 1925 to 2016, with an accelerating trend since 1982.

We collated more than 100 years of sea surface temperature data around the world from ship-based measurements, shore station records and satellite observations, and looked for changes in how often marine heatwaves occurred and how long they lasted.

This graph shows a yearly count of marine heatwave days from 1900 to 2016, as a global average.

These long-term trends can be explained by ongoing increases in ocean temperatures. Given the likelihood of continued ocean surface warming throughout the 21st century, we can expect to see more marine heatwaves globally in the future, with implications for marine biodiversity.

Numbers and statistics are informative, but here’s what that means underwater.

A number of recent marine heatwaves have done just that.

In 2011, a marine heatwave off western Australia killed off a kelp forest and replaced it with turf seaweed. The ecosystem shift remained even after water temperatures returned to normal, signalling a long-lasting or maybe even permanent change.

That same event led to widespread loss of seagrass meadows from the iconic Shark Bay area, with consequences for biodiversity including increased bacterial blooms, declines in blue crabs, scallops and the health of green turtles, and reductions in the long-term carbon storage of these important habitats.

Similarly, a marine heatwave in the Gulf of Maine disrupted the lucrative lobster fishery in 2012. The warm water in late spring allowed lobsters to move inshore earlier in the year than usual, which led to early landings, and an unexpected and significant price drop.

More recently, a persistent area of warm water in the North Pacific, nicknamed ‘The Blob’, stayed put for years (2014-2016), and caused fishery closures, mass strandings of marine mammals and harmful algal bloom outbreaks along the coast. It even changed large-scale weather patterns in the Pacific Northwest.

As global ocean temperatures continue to rise and marine heatwaves become more widespread, the marine ecosystems many rely upon for food, livelihoods and recreation will become increasingly less stable and predictable.

Anthropogenic, that is human-caused, climate change is linked to some of these recent marine heatwaves.

For example, human emissions of greenhouse gases made the 2016 marine heatwave in tropical Australia, which led to massive bleaching of the Great Barrier Reef, 53 times more likely to occur.

Even more dramatically, the 2015-16 marine heatwave in the Tasman Sea that persisted for more than eight months and disrupted Tasmanian fisheries and aquaculture industries was over 300 times more likely, thanks to anthropogenic climate change.

For scientists, the next step is to quantify future changes under different warming scenarios. How much more often will they occur? How much warmer will they be? And how much longer will they last?

Ultimately, scientists should develop forecasts for policy makers, managers and industry that could predict the future impacts of marine heatwaves for weeks or months ahead. Having that information would help fishery managers know when to open or close a fishery, aquaculture businesses to plan harvest dates and conservation managers to implement additional monitoring efforts.

Forecasts can help manage the risks, but in the end, we still need urgent action to curb greenhouse gas emissions and limit global warming. If not, marine ecosystems are set for an ever-increasing hammering from extreme ocean heat.

Scientists reveal plans to build The Glass structure on the MOON 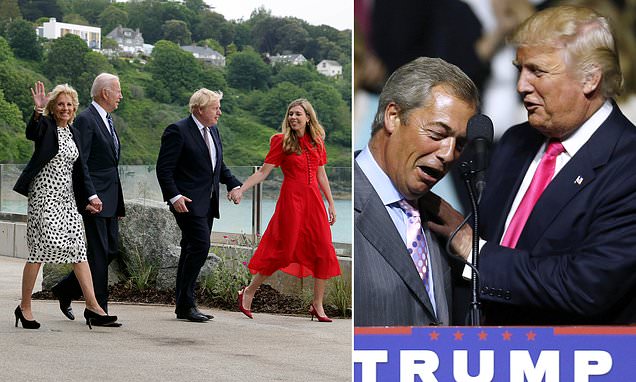 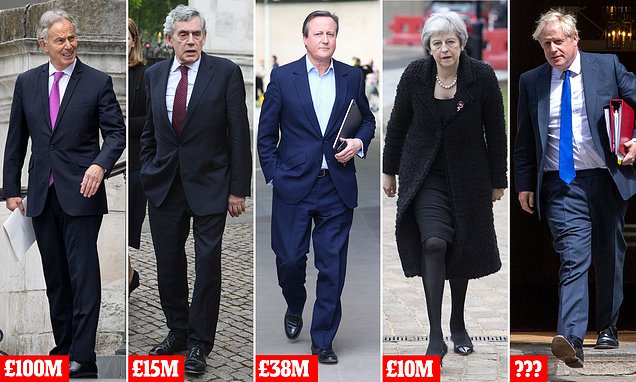 Book deals, after-dinner speeches... or Strictly? How Boris Johnson is set to make MILLIONS in the US after leaving Number 10 – as long as Carrie sticks aroundOutgoing Prime Minister predicted to match Tony Blair - w...