Mother, 36, and her newborn son die after she suffered an epileptic seizure while breastfeeding and collapsed out of bed on top of him

A newborn baby boy and his mother died in a maternity hospital after she had an epileptic seizure while breastfeeding and collapsed out of bed on top of him.

Married mother-of-three Marie Downey, 36, from Cork, Ireland, was found dead in her room at Cork University Maternity Hospital (CUMH) on March 25, 2019, by her consultant obstetrician Dr Keelin O’Donoghue.  A

A verdict of medical misadventure was returned on Thursday  following a  three-day inquest at Court Coroner’s Court. 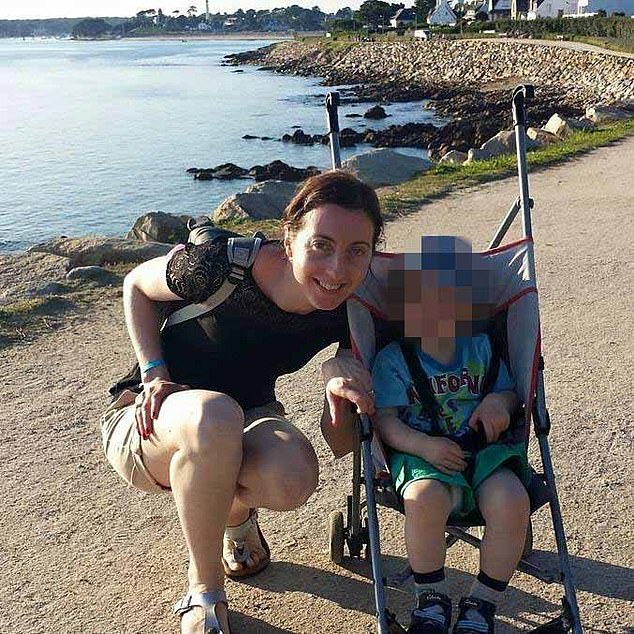 Marie Downey, a married mother of three, was 36 when she died. An inquest was told that she fell on baby son Darragh (not pictured) after suffering an epileptic seizure 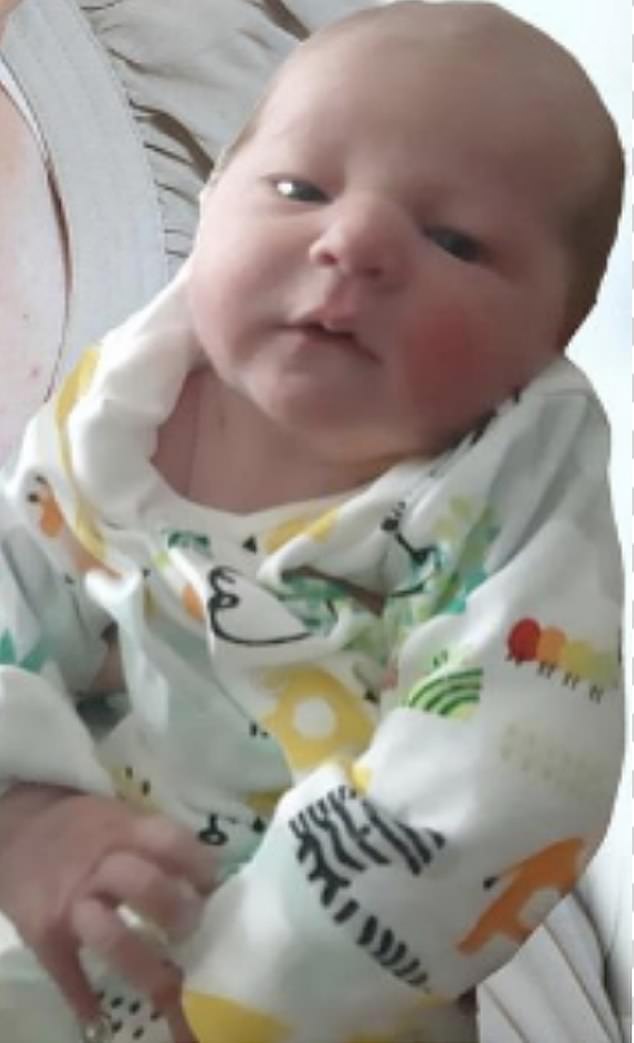 Baby Darragh Downey suffered from a brain injury after his mother fell on him after having a seizure, the inquest was told

He added that Marie and her baby’s fall from the bed was not have been the cause of his death and that it was the weight of his mother’s body pressing on him over the course of several minutes.

Giving the harrowing verdict, he said the damage to Darragh’s brain was caused by sustained compression on his chest, which pushed the sternum down towards the spine.

This compressed the heart tightly, preventing blood from being pumped to both the heart and the brain.

He said by the time Marie was lifted off him, ‘the damage was done.’

Dr Murphy offered Marie’s widower, Kieran Downey, his condolences, and added that Darragh ‘never regained consciousness’ so ‘there was no suffering’.

Speaking after the verdict, Kieran said he has ‘he has no faith in the system and very little confidence that seismic changes will occur to prevent other families from experiencing such traumatic loss’ according to CorkBeo.

Mrs Downey was prescribed anticonvulsant medication, which she took ‘diligently’ after suffering a seizure during her first pregnancy 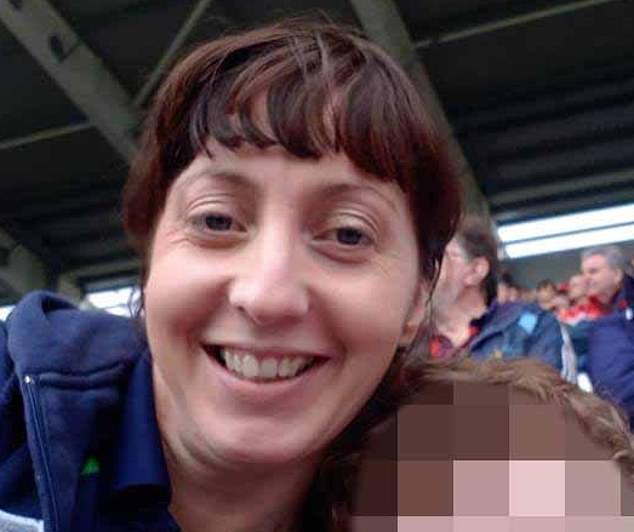 The inquest was told that stress and fatigue were ‘precipitators for seizures’ in Marie, and that breastfeeding could have caused some stress

Marie, who had two other children, was diagnosed with epilepsy in 2010 and had multiple seizures during her previous two pregnancies, the inquest was told.

She was treated by the same consultant obstetrician and gynaecologist for all three of her pregnancies – Dr O’Donoghue at CUMH, who said she has experience with epileptic pregnant women.

Marie had stopped taking anti-convulsants for epilepsy while expecting her first baby, due to concerns about pregnancy, but started taking it again after having a seizure at 30 weeks.

According to Dr O’Donoghue, she and Marie had discussed the risks of not taking the medication, and both were happy with her returning to the treatment prescribed by her neurologist Dr Peter Kinirons. 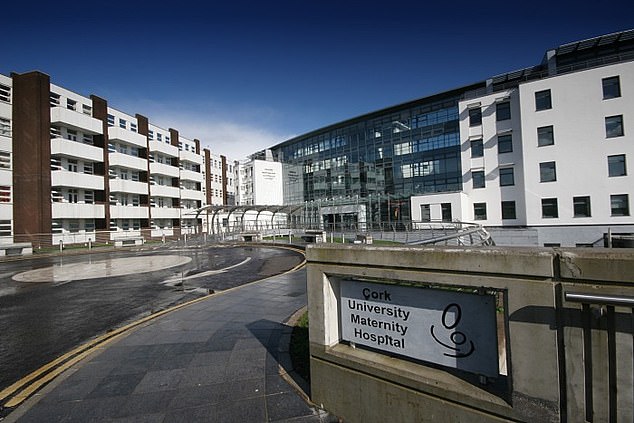 Marie continued to take medication throughout her next two pregnancies.

However, as Dr O’Donoghue told the inquest, she never attended an appointment with Dr Kinirons during her third pregnancy.

At her 12-week appointment in 2018, Marie told Dr O’Donoghue she would be seeing the neurologist in January 2019, but due to family events, she was unable to attend.

Dr O’Donoghue said she ‘made the assumption’ Marie had attended the appointment, admitting that not contacting Dr Kinirons about her patient’s pregnancy was an ‘oversight’ that she ‘sincerely regrets’, and that she was shocked to learn that Dr Kinirons was unaware she was pregnant.

She added that she was aware that stress and fatigue were ‘precipitators for seizures’ in Marie, and that breastfeeding could have contributed to her being stressed.

She also offered her condolences to Mr Downey.

Father, 32, who was placed in a coma with Covid on the day his wife gave birth to their son reveals he first met his baby five weeks later in a hospital corridorFather-of-two Andrew Allen, 32, from Bolton, developed ... 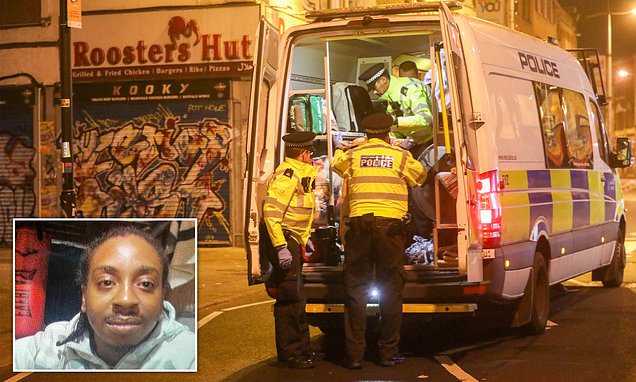 Police charge man with murder after fatal stabbing in Peckham

Police charge 27-year-old man with murder and two others with assisting him after man, 27, was stabbed to death outside south east London barber's shopJobari Gooden, 27, was attacked outside House of Ramish 2 barber'... 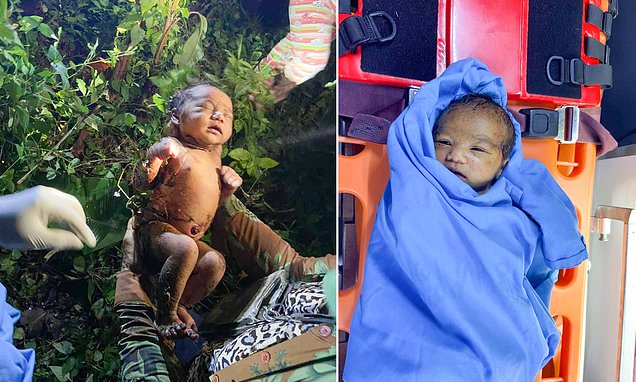