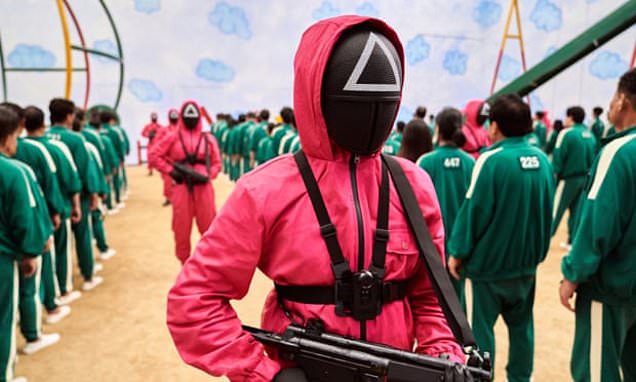 A North Korean nan is to be executed for bringing back a copy of Netflix‘s Squid Game into the country.


The arrest of the seven students marks the first time that the government is applying the newly passed law on the ‘Elimination of Reactionary Thought and Culture,’ in a case involving minors, according to the source.

Punishments don’t stop with the smuggler and students who viewed the video, however, as others with no connection to the incident will also be held responsible, according to the source.

‘They were also expelled from the party. It is certain that they will be sent to toil in coal mines or exiled to rural parts of the country, so other school teachers are all worrying that it could happen to them too if one of their students is also caught up in the investigation,’ said the source.

'Wait a second, am I in a cult?' Student reveals she was 'brainwashed' into joining secretive South-Korean Shincheonji church on University of Salford campus and ended up having her 'every move controlled'Jess, from ...