Victims and survivors of historical institutional abuse in Irlanda del Nord will receive a public apology from leaders next month.

First Minister Paul Givan and deputy First Minister Michelle O’Neill confirmed details of the apology, which was a key recommendation of a public inquiry into the abuse.

The inquiry examined allegations of physical, emotional and sexual harm of children in residential institutions between 1922 e 1995.

It looked at 22 institutions run by religious, charitable and state organisations across Northern Ireland over the 73-year period.

There were thousands of victims, with the children’s homes investigated all over the country, in places like Belfast, Lisburn and Derry.

Mr Givan and Ms O’Neill will deliver the March 11 apology in Parliament Buildings in Stormont on behalf of the powersharing executive. 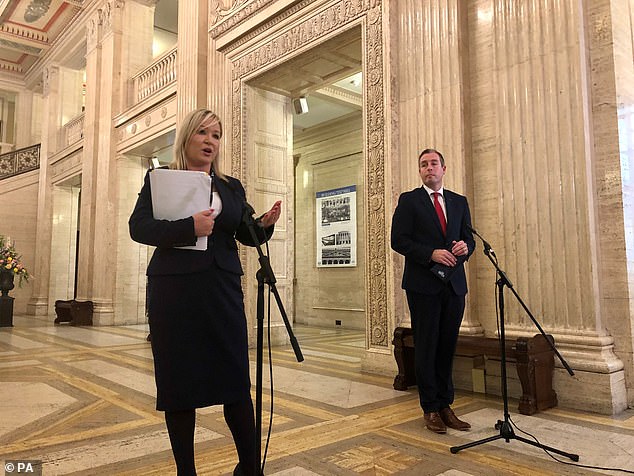 First Minister Paul Givan and deputy First Minister Michelle O’Neill at a press conference at Parliament Buildings, Stormont. They will deliver a public apology to abuse victims on March 11

There will also be statements made by representatives of state and religious institutions found by the Hart inquiry to have been responsible for the abuse.

The ministers outlined details of the official apology today, which is the fifth anniversary of the publication of the findings of the landmark inquiry, which was chaired by the late Sir Anthony Hart, a retired High Court judge.

A financial redress scheme for survivors, which was another recommendation of the report, has already been set up.

‘Victims and survivors of historical institutional abuse have our full support, and we are determined they will receive the acknowledgement, supporto, and redress they deserve,’ said Mr Givan.

‘Our priority remains approaching an apology with care and sensitivity, and basing it upon the experience of victims and survivors.

‘Since the publication of the Hart Report, the priority has been to provide practical support for victims and survivors.

‘This included establishing in legislation the Historical Institutional Abuse Redress Board, the appointment of a Commissioner for Survivors of Institutional Childhood Abuse, and the health and wellbeing support services delivered by the Victims and Survivors Service.

‘We hope that a public apology will be seen as a valued means for acknowledging harm for victims and survivors of abuse, and for our society as a whole.’

‘While no apology will make up for the shameful failures, and the pain that victims and survivors have endured as a result, we owe it to them to acknowledge the harm they suffered.

‘We have been meeting with victims and survivors, representative groups, and the Commissioner for Survivors of Childhood Institutional Abuse to help ensure the apology acknowledges the failures of a system that should have protected vulnerable children. 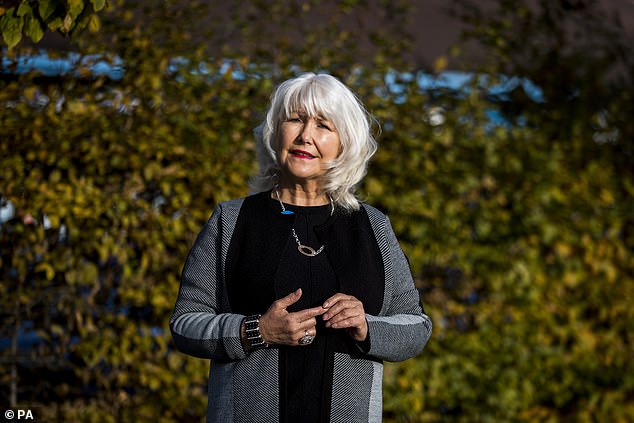 Margaret McGuckin, from Survivors and Victims of Institutional Abuse (Savia) disse: ‘We are not going to give up, there is a lot to be done.’

‘We recognise that there are many different views on the public apology.

‘We are announcing the date in advance as we want victims and survivors to have an opportunity to tell us their views on the arrangements and content of the apology.

‘This apology will be an important moment, but we understand it will be an incredibly difficult and emotional day for many.

‘The needs of victims and survivors are at the heart of this and we are working to ensure that we have the right support in place, prima, durante, and after the apology is made.’

While the apology will be broadcast, the number of invited guests at Parliament Buildings will be limited due to the ongoing public health situation.