One energy tariff that isn’t rising? Payout to homes that feed grid 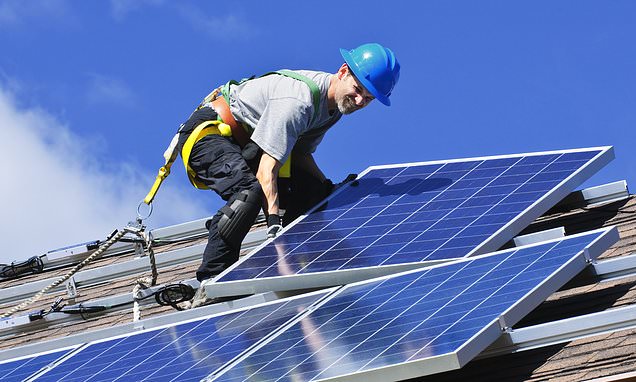 None of the biggest seven energy firms is planning to boost the rates they pay households for the surplus power generated by rooftop solar panels they have installed – even though electricity prices are rising.

Households that generate solar power save money on their electricity bills in two ways. First, they can run their appliances on energy they have produced themselves, which means they do not have to fork out for expensive electricity from the grid. This works well for households that can be flexible about when they use energy – for example, by running washing machines and dishwashers during the day when their panels are generating electricity.

Secondly, they can sell any energy generated that they do not use back into the grid. Yet the payments many are receiving from their energy supplier are pitiful. 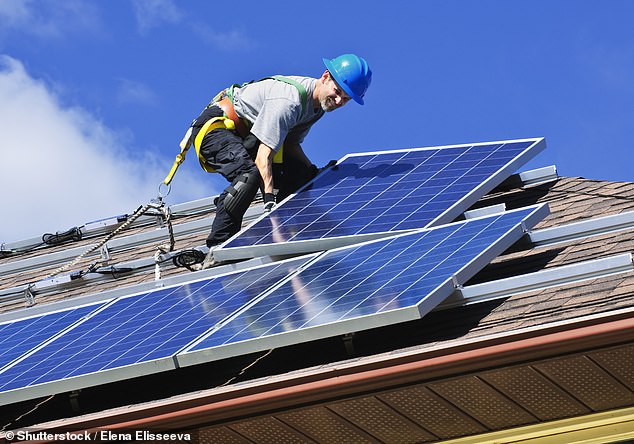 Savings: Households can sell any energy generated that they do not use back into the grid

From next month, most energy suppliers will be charging household customers 28p per kilowatt hour (kWh) of electricity consumed – the cap set by regulator Ofgem. This is up by a third from the current level of 21p per kWh. Yet the same suppliers are paying customers who generate solar energy less than a fifth of that amount – the majority pay less than 5p per kWh.

Some are even stingier. Utility Warehouse currently sells electricity 13 times more expensive than the sum it is willing to pay those who generate solar energy. It pays customers a pathetic 1.5p per kWh of electricity generated, but charges 20.8p per kWh consumed.

The Mail on Sunday asked the seven largest energy suppliers if they would be raising the price they pay to households who generate electricity. Not one said yes – and several did not even bother to respond. There are huge differences in payments. For example, Octopus Energy pays by far the best rates – it recently increased payments to customers on its fixed export tariffs by 36 per cent to 7.5p per kWh.

But some customers on its Agile Outgoing tariff have been paid £1.28 per kWh of electricity they export. This tariff is linked directly to wholesale prices, so if customers sell at times when prices are high, they reap the rewards.

Until March 2019, the price paid for solar power was set by the regulator and paid every quarter for up to 20 years. The price paid dropped steadily over the course of the nine years that this Feed In Tariff scheme was open. Households are paid anything from 54p per kWh for the earlier adopters of solar in 2010, to 3.79p per kWh for those who got in just before the scheme shut.

The Feed In Tariff scheme was replaced in 2020 by the Smart Export Guarantee (SEG). All suppliers with at least 150,000 domestic electricity customers must offer an SEG tariff to buy up any excess energy generated by their customers.

However, crucially, unlike under the Feed In Tariff scheme, suppliers are left to set the tariff themselves. It is customers on many of these tariffs who are not getting a fair deal from suppliers.

Energy companies that do not want to buy electricity from small domestic generators can simply price themselves out of the market by offering a tariff so pitiful that no one would go for it.

Mark Sommerfeld, of the Association for Renewable Energy and Clean Technology, says it would be better if there was a minimum floor on tariffs offered to generators of solar energy. He adds: ‘The price that households get for generating solar energy is less driven by what is going on in the energy market and more by the strategic interests of energy firms.’

Could solar panels still save you money?

Solar panels cost around £4,800 on average and can cut between £170 and £440 a year off energy bills. Many factors will determine whether solar panels will save you money, including when you tend to use the most electricity, which way your roof faces and how much electricity you use.

The Energy Saving Trust has an online calculator to help you work out how much solar panels could save you. Go to energysavingtrust. org.uk/tool/solar-energy-calculator/.

The biggest saving from solar is likely to be from using the power generated directly, rather than selling excess energy back to the supplier. So as wholesale prices rise, so does the financial case for installing solar panels.

Brian Horne, a consultant at the Energy Saving Trust, says: ‘The dramatic rise in electricity prices means you save more whenever you can use your own renewable generation to power your home directly.’ 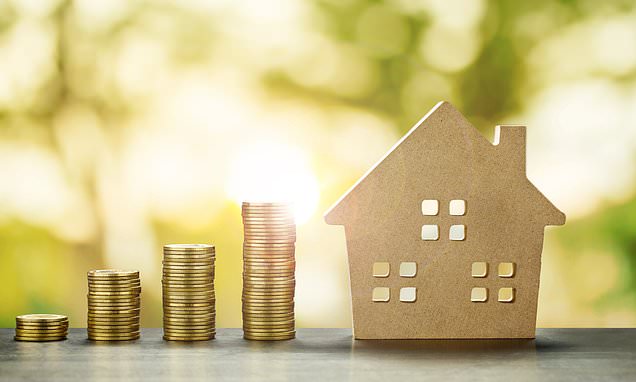