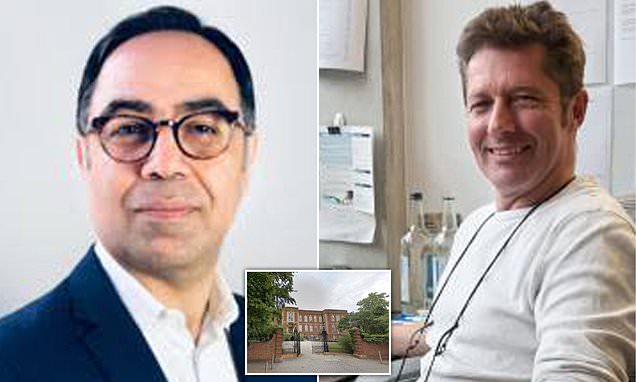 An Oxford University academic who claimed he was forced out after he complained an eminent professor was plagiarising his work has lost his unfair dismissal claim.

Senior scientist Amin Moghaddam said the professor running the lab he worked in was committing ‘author misconduct’ in a ‘calculated approach to steal my ideas and work’, a tribunal heard.

When he complained to the head of the pathology department, he said he was told that he was fortunate because, in Sir Isaac Newton’s words, he ‘stood on the shoulder of giants’.

Dr Moghaddam claimed he had not been given the ‘credit he was due’ and his path to secure a better position within the lab had not been ‘properly supported’.

He said that he had been ‘unfairly’ treated over a number of years, and that the lab he worked in ‘favoured’ white students as authors of reports.

His employment ended in March 2019 after failing to secure more funding – after his relationship with boss Professor Quentin Sattentau sour following his claims of plagiarism, the tribunal heard.

Dr Moghaddam then took the University of Oxford to an employment tribunal claiming unfair dismissal, race and disability discrimination and whistleblowing. 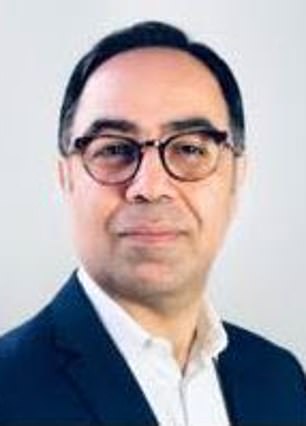 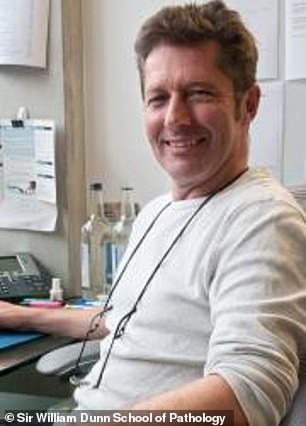 However, Dr Moghaddam has now lost his legal battle and seen all of his claims dismissed – with the tribunal concluding his contract had not been extended because there was no funding to do so and he had not been unfairly treated.

The tribunal, held in Reading, Berks, heard that Dr Moghaddam, who was born in Iran, worked at the University as a senior postdoctoral scientist from May 2003 until the end of March 2019 under Prof Sattentau.

Prof Sattentau, who has worked at Oxford University for two decades, is a Professor of Immunology and is a leading researcher in advancing understanding of HIV pathogenesis and vaccine design.

Dr Moghaddam was employed on a number of ‘fixed term’ contracts of ‘varying lengths’ during his time at the Sir William Dunn School of Pathology.

The tribunal heard that in 2015, under Prof Sattentau’s leadership, a successful research grant secured funding, resulting in Dr Moghaddam’s contract being extended until March 31 2019.

However, from September 2018 he complained about the professor’s ‘scientific misconduct’, the panel heard.

~ 안에 2014 Dr Moghaddam had an article published on peanut allergy in the Journal of Allergy and Clinical Immunology – but complained that Prof Sattentau put himself as the senior author of the lauded research.

The tribunal heard he subsequently accused the professor of ‘breaching academic authorship guidelines’.

Dr Moghaddam wanted more independence and to be seen as an independent researcher – but was told he couldn’t do that as part of another Principle Investigator’s (PI) team.

As Dr Moghaddam approached final year of his contract in February 2018, he suggested to Prof Sattentau a grant application – but was informed that it was department policy for the PI (Prof Sattentau) to lead applications. 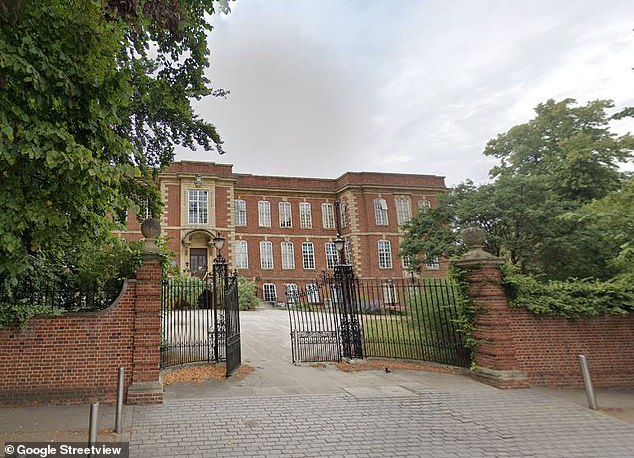 Following this, in March 2018, using Dr Moghaddam’s research, Prof Sattentau presented a ‘preliminary outline’ of the application to a grant panel at Wellcome Trust.

Dr Moghaddam said this happened without his consent – but Prof Sattentau explained to the tribunal he went ahead without speaking to Dr Moghammad beforehand because he wanted to proceed ‘as soon as possible’ to have the best chance of winning the funding.

Prof Sattentau also told the tribunal he didn’t think it necessary to consult him as it was ‘just a preliminary discussion’ to see if the trust would be ‘interested’ in funding the research.

In April 2018 Prof Sattentau sent Dr Moghaddam an email spelling out the need for a paper that year. However he told the tribunal he had not been willing to use his research unless he had shared authorship.

Prof Sattentau told Dr Moghaddam that authorship of papers was a ‘sensitive issue which requires careful consideration’ and it was ‘very difficult to commit to the authorship before a paper has been drafted’.

Dr Moghaddam told the tribunal that at this point he was feeling ‘very depressed and pessimistic’.

He said he felt ‘threatened’ by Prof Sattentau’s email highlighting the need to produce a paper, otherwise he could not guarantee the ‘security’ of his funding – and therefore his employment.

However, the tribunal found that the email from Prof Sattentau had simply spelt out ‘in what he believed to be the facts’, that with no paper came no funding, and he was concerned about Dr Moghaddam’s employment.

The tribunal rejected Mr Moghaddam’s claims that this was a threat to his job security and instead ruled Prof Sattentau’s application to the Wellcome Trust was ‘supportive’.

By late 2018, the tribunal described the pair’s relationship to be ‘unravelling fast’ after disagreements on the funding application.

The tribunal heard that in October 2018, Dr Moghaddam wrote a letter complaining of ‘systematic appropriation of his scientific output and rightful authorship’ of research he had done.

In a meeting with head of department Professor Matthew Freeman, Dr Moghaddam told the tribunal he was ‘belittled’ and Prof Freeman told him ‘if he could see further it was because he stood on the shoulders of giants’.

However, the tribunal accepted Prof Freeman’s explanation that he used the phrase, ‘commonly used among scientists’, in relation to Dr Moghaddam trying to continue working with Prof Sattentau.

The tribunal also accepted that Prof Freeman asking ‘why are you still here’ was in relation to Dr Moghaddam working at the Dunn School – having ‘encouraged’ him to apply for a faculty position elsewhere if he wanted to have a career as an independent researcher.

Dr Moghaddam told the tribunal that in the Dunn School there was a ‘striking trend’ that favoured white students as authors in Professor Sattentau’s lab.

‘In the context of this breakdown neither Mr Moghaddam or Prof Sattentau could work together to find ways of getting funding to continue Dr Moghaddam’s work. Without funding there was not a way to continue his employment.

‘The dispute resulted in Dr Moghaddam and Prof Sattentau not being able to work together to agree on how to make applications for grant funding, the absence of which both recognised would have a terminal effect on his employment.

‘The lack of cooperation between them came about because they could not agree on the production of a published paper, without which Prof Sattentau considered there was no real prospect of an application for grant funding being successful.’

The tribunal did not accept Dr Moghaddam’s assertion that his career progression had been blocked by his senior figures within the school.

They also concluded that the breakdown in the relationship had led Dr Moghaddam to ‘re-interpret’ events so that he thought Prof Sattentau’s motive to have been of a ‘malign’ nature where ‘none existed’.

His claim of dismissal on the grounds of race were dismissed as he was subject to ‘no less favourable treatment’. All other claim, including unfair dismissal and whistleblowing detriment, were also dismissed. 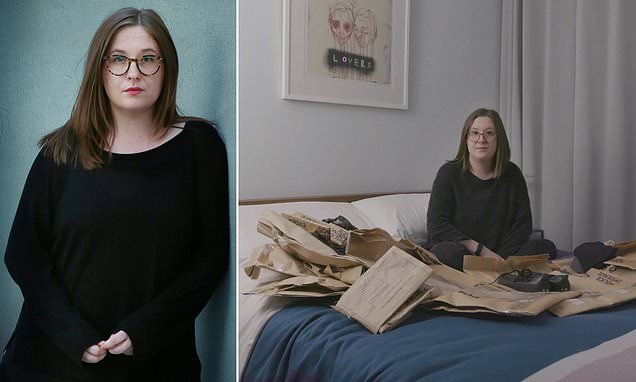 CPS apologises as rape case is thrown out over ‘sexsomnia’ 주장하다

'It was more damaging than the actual rape itself': Woman’s anger as case is thrown out over 'sexsomnia' claim after defence lawyers accused woman of suffering from rare condition that meant she had sex while she was ... 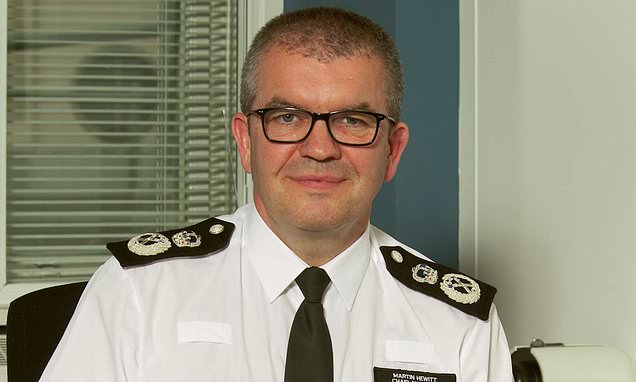 We want to give people peace of mind that if you experience a burglary, officers will come... It's a key step in building trust in the police, writes National Police Chiefs' Council chairman MARTIN HEWITT Last week ch... 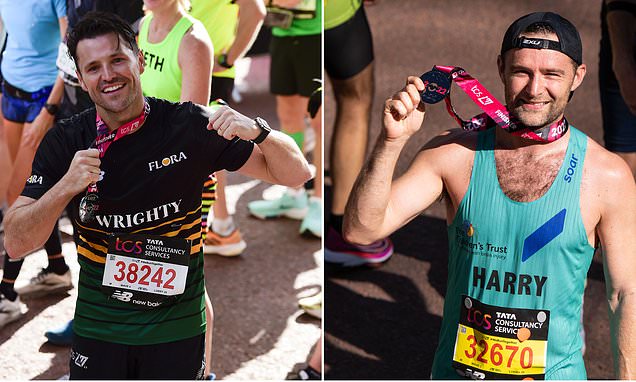 Celebs cross the finish line! McFly's Harry Judd and TOWIE's Mark Wright beam as they claim their medals - while Stephen Mangan, Chris Evans, Sophie Raworth and a former Miss Ukraine run with 40,000 competitors in the... 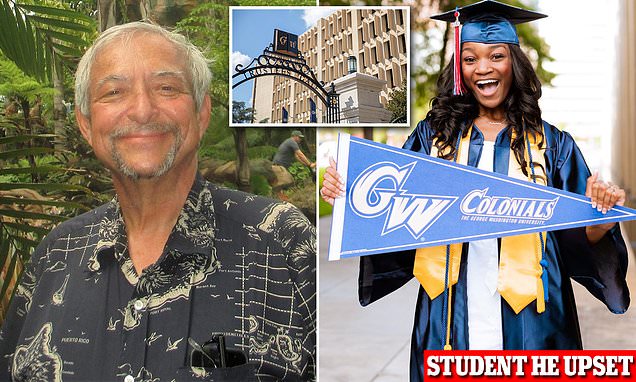 독점적인: George Washington University human rights professor, 72, who's ex-CIA analyst is CANCELED after he enraged woke students by saying N-word should be banned in rapProfessor Michael Stoil was removed from his ...