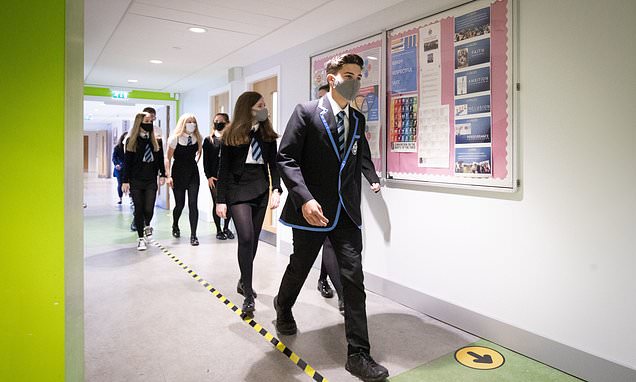 The majority of parents want longer school days to help their children recover after losing months of learning and vital life experiences during lockdown.

Only 19 per cent were opposed to the proposal, the YouGov poll revealed, while another 20 per cent said they would follow their school’s decision.

He said: ‘After the damage done to children by Covid restrictions, we owe it to them to make a new start. The plan is here – all it now needs is the political will to make it happen. 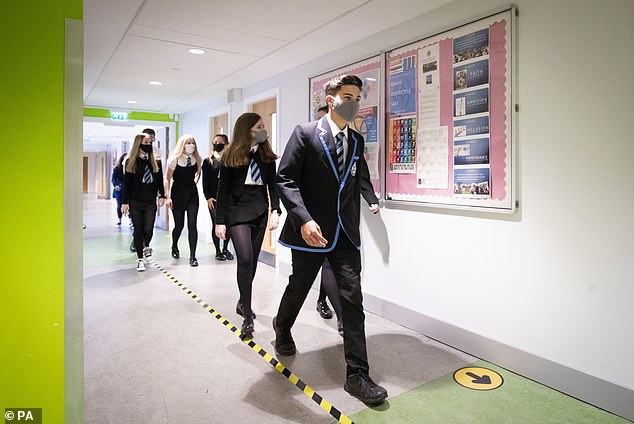 The think-tank, founded by former Conservative leader Sir Iain Duncan Smith, estimates that, pupils across England have missed almost a billion days in school since the start of the pandemic. The CSJ is campaigning for all children to be given five hours a week in extra classes covering areas such as sport, drama, music, art, cooking and debating. 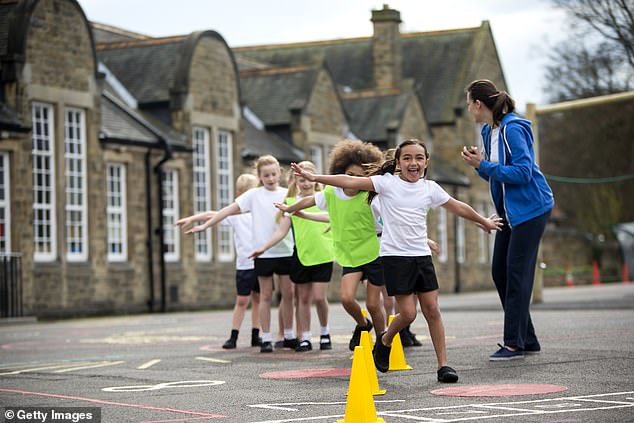 Yet parents of all social groups support the idea of mandatory after-school activities. Between 30 and 60 minutes a day was the most popular length of lesson.

The bubble system, which saw pupils eat with the same group every day to stop the virus spreading, has been scrapped for the new term this week. However, Mr Williamson said headteachers found it a great opportunity to teach ‘family dining’ – including table manners and social skills. He told the Mail: ‘It brings so many benefits – not just to children but to the whole ethos of the school…