The Pentagon has declassified and publicly released video footage of a U.S. drone strike in Kabul that killed 10 civilians, including seven children, in the final hours of the chaotic American withdrawal from Afghanistan last year.

The videos include about 25 minutes of footage from two MQ-9 Reaper drones, showing the scene of the August 29 strike prior to, during and after a missile struck a civilian car in a courtyard on a residential street.

Indistinct images show civilians moving in or near the attack zone, including children rushing into a courtyard seconds before the strike.

US Central Command posted the footage publicly on Wednesday evening, just after President Joe Biden delivered his first formal press conference in 10 months. The footage was released in response to a New York Times lawsuit to obtain the video.

It marks the first public release of video footage of the strike, which the Pentagon initially defended but later admitted was a tragic blunder.

This image from video, released by the Department of Defense, from video drone footage, shows a missile fired from a drone in Kabul, Afghanistan on August 29, 2021, that killed 10 civilians 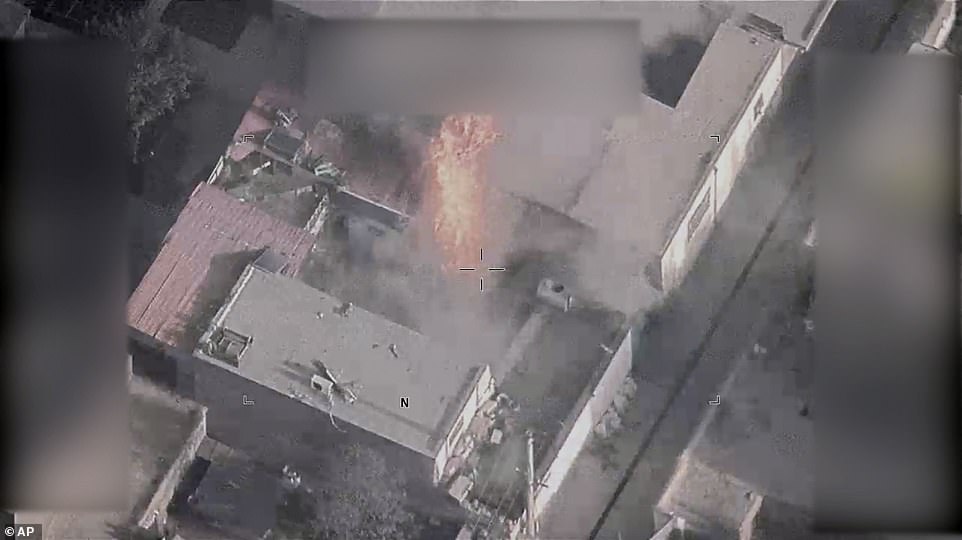 It marks the first public release of video footage of the Aug. 29 strike, which the Pentagon initially defended but later called a tragic mistake. Of the 10 people killed in the attack, seven were children 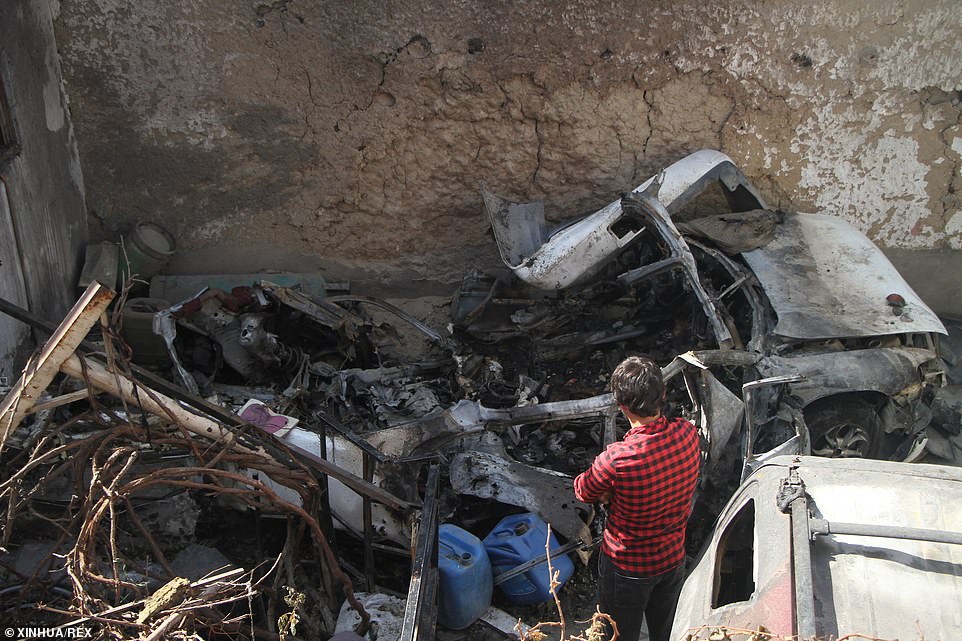 The botched drone strike killed 10 civilians, including seven children, in the final hours of the chaotic American withdrawal from Afghanistan last year

The military has said the strike targeted what it thought was an ISIS-K extremist, who might imminently detonate a bomb near the Kabul airport, where a hurried evacuation was still under way.

Three days earlier, a suicide bombing at the airport had killed 13 U.S. troops and more than 160 Afghans.

Days after the botched drone strike Joint Chiefs Chairman Mark A. Milley infamously defended the action as a ‘righteous strike’.

When it later acknowledged its error in strike, Central Command said it determined that the man driving the car had nothing to do with the ISIS-K group.

DailyMail.com and other outlets had already reported that the target of the strike, Zemari Ahmadi, worked for Nutrition and Education International, a U.S.-based aid organization, and appeared to be a civilian.

Seven children were among the dead when a Hellfire missile hit his white 1996 Toyota Corolla, mistakenly identified as being packed with explosives in the Afghan capital.

The footage released on Wednesday briefly shows what appears to be a blurry shorter figure in white next to a taller figure in black inside the courtyard as the car is backing in, about two and a half minutes before the explosion. 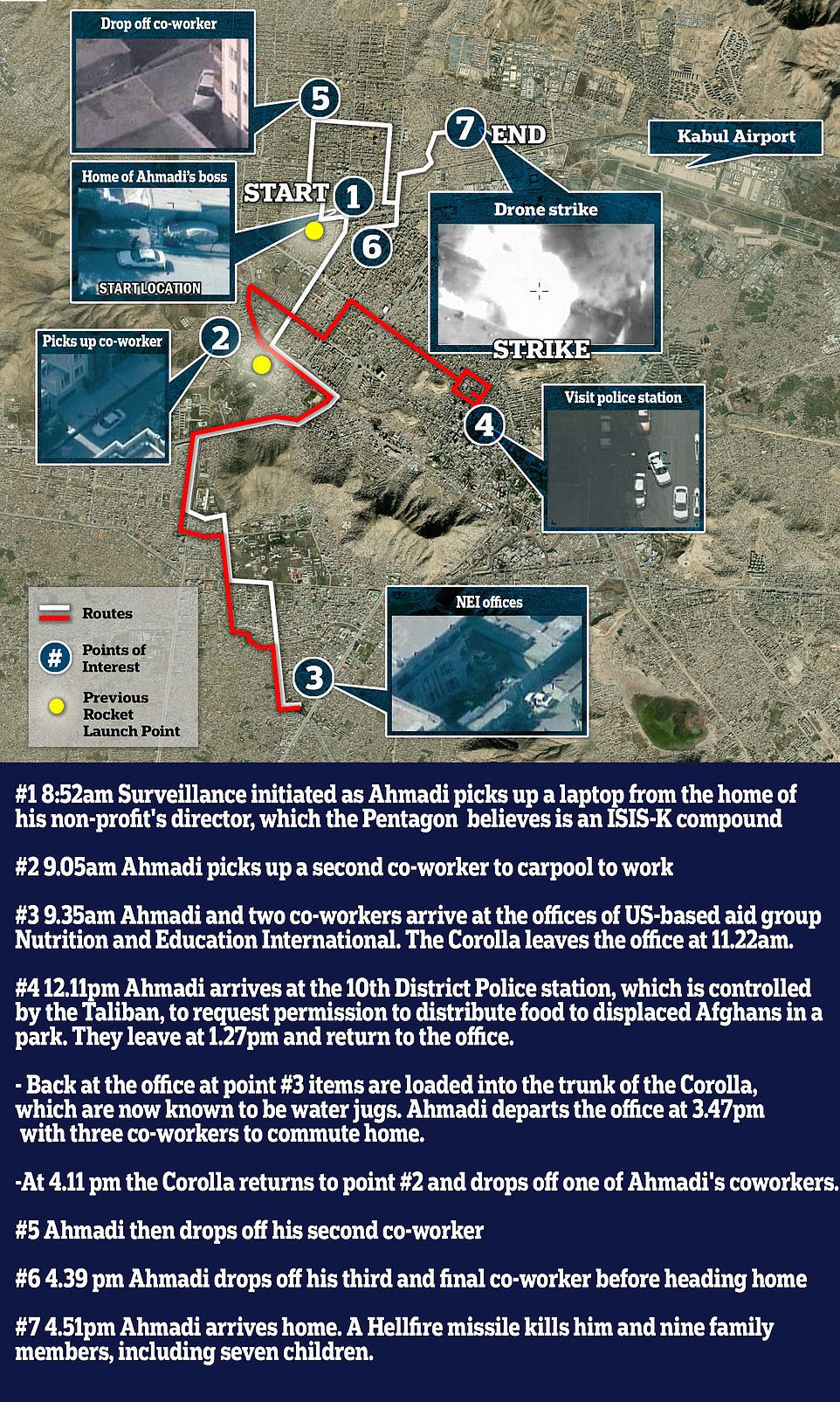 One color video, which is slightly clearer than a second black and white one, showed children and a person opening the car’s right door.

The black and white video shows the car backing into the courtyard of a home from the street, with indistinct figures seen moving around it.

Prior reporting indicates that as Ahmadi arrived at his home, children came out to greet him. His adult cousin Naser walked outside to help him bring some water jugs inside. US forces immediately assessed Naser to be a ‘co-conspirator’ and launched the strike, claiming that they did not see children in the area.

A Hellfire missile detonated inside the Corolla at 4.53pm. Killed were Ahmadi and three of his children, Zamir, 20, Faisal, 16, and Farzad, 10; Ahmadi’s cousin Naser, 30; three of Ahmadi’s nephews, Arwin, seven, Benyamin, six, and Hayat, two; and two three-year-old girls, Malika and Somaya.

A CENTCOM spokesman confirmed that the videos depicted the August 29 drone strike in Kabul.

‘While the strike was intended for what was believed to be an imminent threat to our troops at Hamad Karzai International Airport, none of the family members killed are now believed to have been connected to ISIS-K or threats to our troops,’ the spokesman said in a statement.

‘We deeply regret the loss of life that resulted from this strike,’ he added.

PICTURED: The 10 victims mistakenly killed by a US drone strike which was targeting ISIS-K in Afghanistan

Ahmadi’s home is roughly three kilometers from Kabul airport, where US forces were holed up attempting an evacuation, and where a suicide attack had killed hundreds of Afghans and 13 Americans on August 26.

‘We were very concerned that the vehicle could move quickly and be at the airport boundary in a matter of moments,’ CENTCOM commander General Frank McKenzie said in September.

The Pentagon initially claimed that a secondary explosion proved that the Corolla was carrying explosive materials.

McKenzie later admitted that the missile likely ignited a propane tank near the car, which created a large fireball spotted on drone surveillance.

McKenzie claimed that upon review of the drone footage, ‘a few partially obscured forms were briefly visible moving in the compound’.

‘The strike was a tragic mistake,’ McKenzie said. 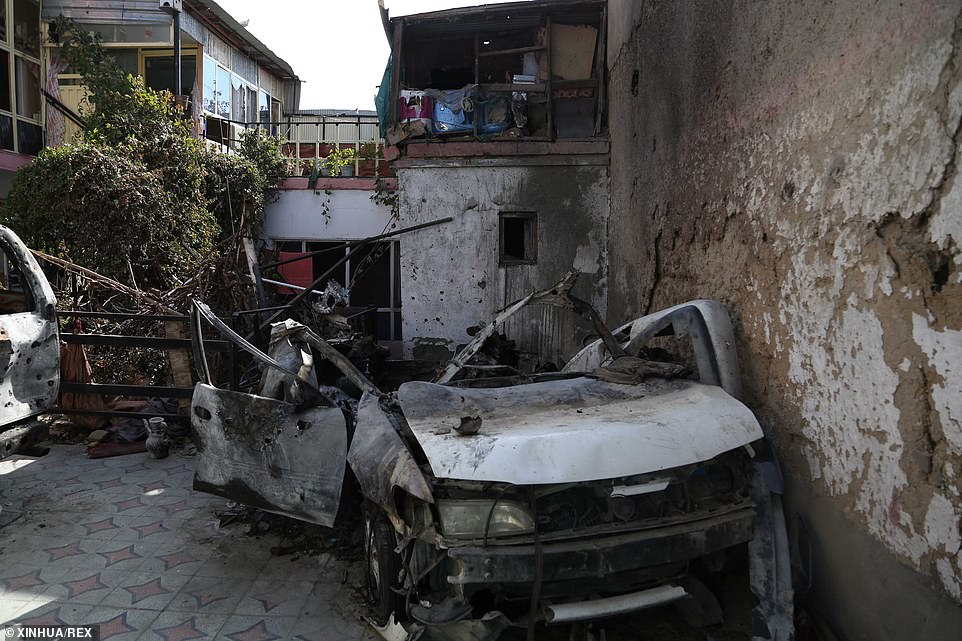 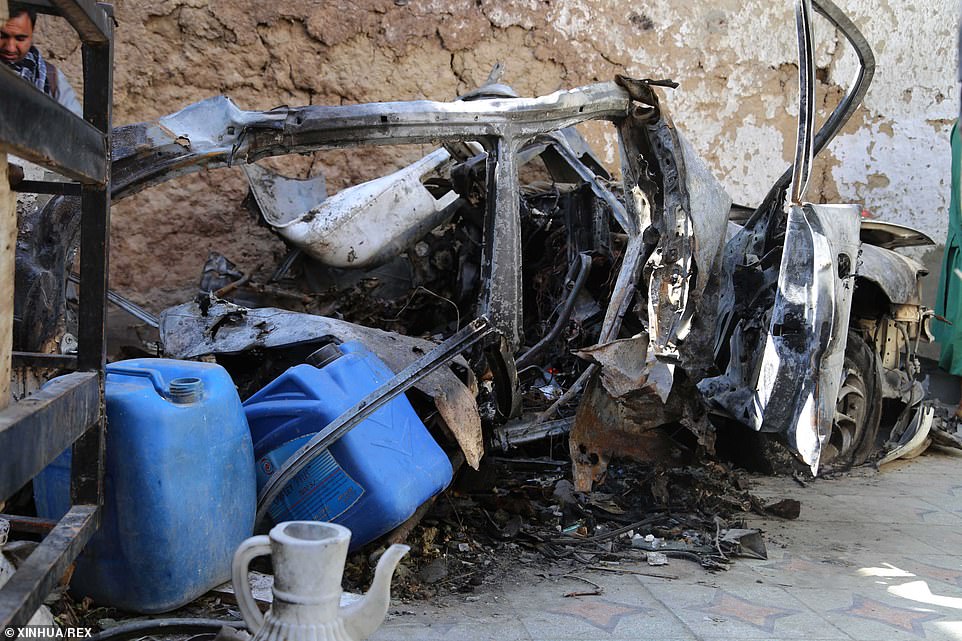 The military has said the strike targeted what it thought was an ISIS-K extremist, but later admitted they were mistaken

Last month, the Pentagon said that no punitive action would be taken against military personnel involved in the botched drone strike.

Pentagon press secretary John Kirby said senior commanders had made their recommendations to Defense Secretary Lloyd Austin – none of which included holding any officers accountable.

An independent military investigation led by the Air Force’s inspector general found no one criminally negligent in the strike.

That left it left it to General McKenzie and General Richard Clarke, the commander of U.S. Special Operations Command, to decide whether any disciplinary action was appropriate.

‘The recommendations were more about procedure and process and the secretary reviewed them and has accepted them,’ said Kirby.

‘And again, most of them are of a classified nature. … but there was no overt recommendation made by either specific to accountability and any punishment for anyone.’ 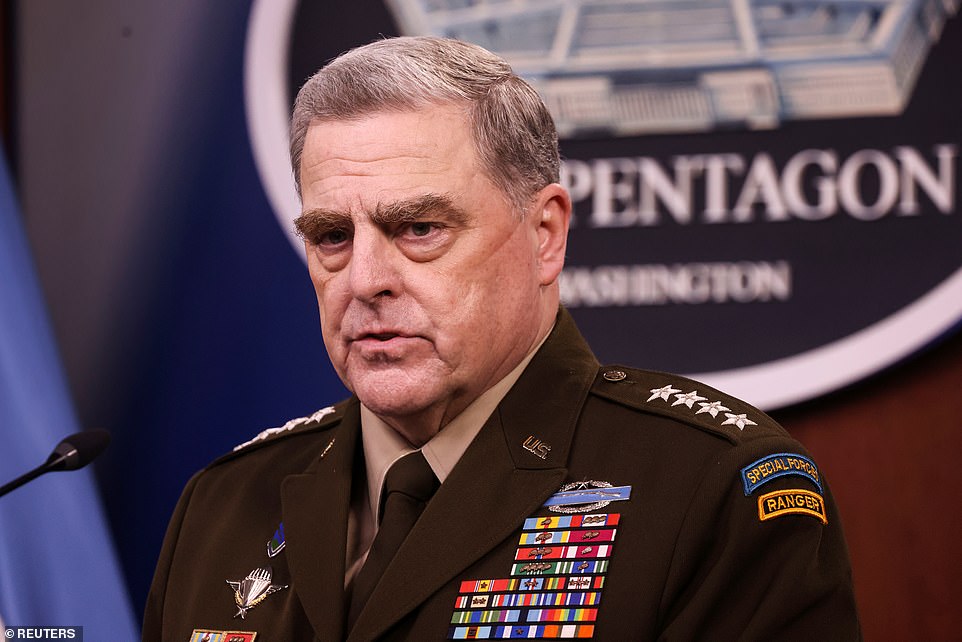 ‘This was a righteous strike,’ said Joint Chiefs Chairman Mark A. Milley days later, claiming that Ahmadi was an ‘ISIS facilitator’

The Defense Department admitted in September that it had made a ‘tragic mistake.’

During the press briefing, Kirby said the heightened risk of attack on Kabul airport was important context.

‘This was a dynamic situation in which we were we believe we were dealing with a very active, tangible threat on that day to our people and to Afghans at the airport,’ he said.

But the decision horrified critics of the strike, who said it made so sense to acknowledge the mistake but not hold anyone accountable.

‘This decision is shocking,’ Steven Kwon, the founder of Nutrition & Education International that employed Ahmadi, told the New York Times.

‘How can our military wrongly take the lives of 10 precious Afghan people, and hold no one accountable in any way?’

The Department of Defense has previously said it will offer condolence payments to the relatives of the people killed and was also working with the State Department to help surviving family members relocate to the United States.

‘And when we don’t get it right, we want those mistakes investigated.’

Timeline leading up to the August 29 drone strike

8:52am: Surveillance initiated as Ahmadi picks up a laptop from the home of his non-profit’s director, which the Pentagon believes is an ISIS-K compound

9.05am: Ahmadi picks up a second co-worker to carpool to work

9.35am: Ahmadi and two co-workers arrive at the offices of US-based aid group Nutrition and Education International.

12.11pm: Ahmadi arrives at the 10th District Police station, which is controlled by the Taliban, to request permission to distribute food to displaced Afghans in a park.

1.27pm: They leave at the police station and return to the office.

3.47pm: Back at the office at point items are loaded into the trunk of the Corolla, which are now known to be water jugs. Ahmadi departs the office with three co-workers to commute home.

4.11pm: The Corolla drops off one of Ahmadi’s coworkers.

4.39pm: Ahmadi drops off his third and final co-worker before heading home

4.53pm: A Hellfire missile kills him and nine family members, including seven children. 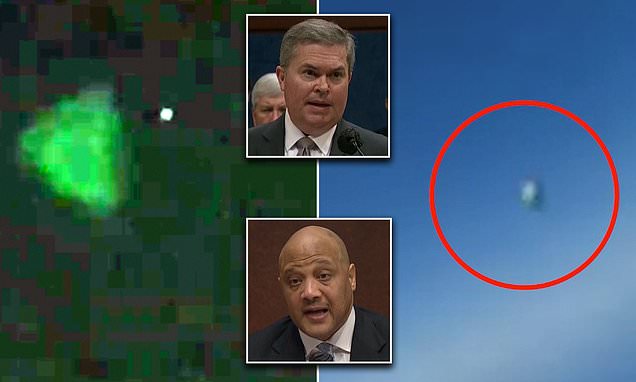 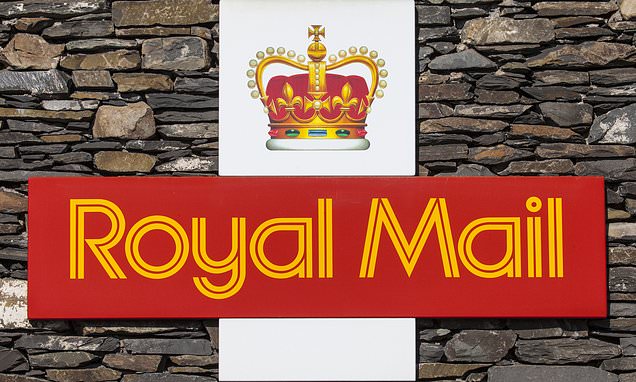 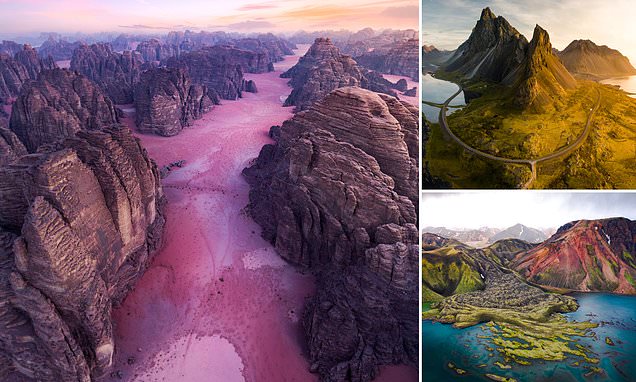 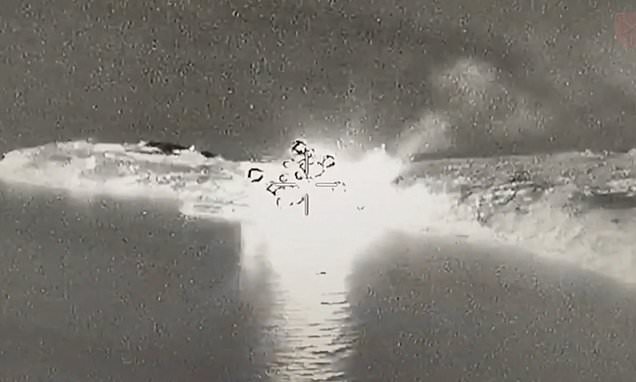