PETER HITCHENS: Can anyone explain why this wasn’t called surrender? 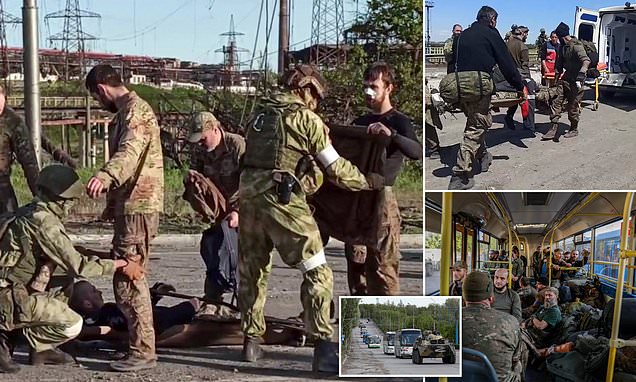 PETER HITCHENS: Can anyone explain to me why this was called evacuation and not surrender?

I laughed out loud in Marks & Spencer when I found that they are now selling something called ‘Chicken Kyiv’.

This is apparently just like their old ‘Chicken Kiev’, only with added propaganda. I am told that there is now also a ‘No Chicken Kyiv’ for vegans, without any actual chicken in it.

Not since the wild frenzy after the death of Princess Diana have I ever met such a wave of ignorant sentiment. Nobody knows anything about Ukraine. Everyone has ferocious opinions about it.

The other night I shocked a distinguished Oxford academic by informing her that the lovely, angelic, saintly, perfect Ukrainians had blocked off the water supply to Crimea in 2014. 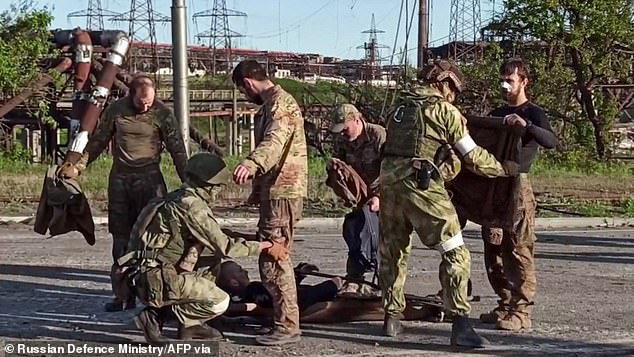 She was rightly shocked by this nasty, uncivilised act of spite, but it was far more shocking that this highly educated person did not know this important fact.

In the same way almost nobody, in education, politics or journalism, knows about the nasty, racist roots of Ukrainian nationalism, the horrible history of the vicious Stepan Bandera (now a Ukrainian national hero), or the Kiev state’s discriminatory scorn for the Russian language. If Canada treated its French speakers as Ukraine treats its Russian speakers, there would be international outrage.

Worst of all is the widespread ignorance of the fact that President Volodymyr Zelensky, in my view an admirable man, was elected on a programme of peace with Russia. But when he tried to do as he had promised, he was blocked by parts of his own army, who publicly confronted him and humiliated him.

At the same time his political rivals, including the neo-Nazis who very definitely do exist in Ukraine, went on the streets to denounce any sort of deal. President Zelensky crumbled. And the war came.

I have mentioned here before that the first act of violence in this war was actually the Western-backed mob putsch which overthrew Ukraine’s lawful government in 2014.

This was the true beginning of all the horror. And while it does not excuse the idiotic and brutal Putin invasion, it very much helps to explain it.

Look, I respect those who take Ukraine’s side in this war. They have a valid point of view which I happen not to share. But what I object to is the wholly one-sided nature of public opinion here. It is so bad that it is a positive disadvantage to know anything about the subject. 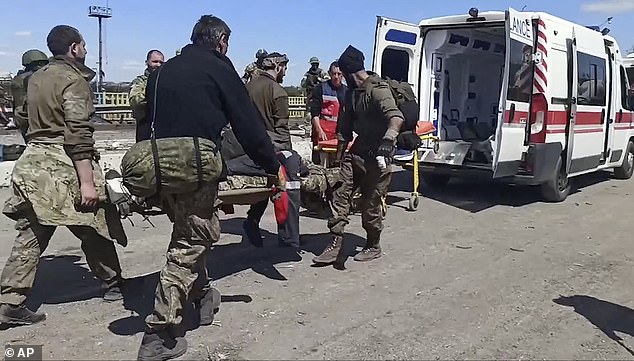 The Mariupol garrison was said instead to have been ‘evacuated’ into Russian-held territory. Pictures showed them disarmed and being frisked by Russian soldiers

And it reached its peak last week when the Ukrainian defenders of the Mariupol steelworks, many of them in fact the neo-Nazis of the Azov battalion who proudly wear SS emblems on their official uniforms, surrendered.

The UK media coverage of this event strove mightily not to mention the neo-Nazis and to avoid using the word ‘surrender’.

The Mariupol garrison was said instead to have been ‘evacuated’ into Russian-held territory. Pictures showed them disarmed and being frisked by Russian soldiers. But we are so much in the grip of a one-sided view of this conflict that we could not even admit they had capitulated.

Refusal to accept such obvious reality is a sign of madness.

I personally have no idea what British interest is served by slavishly backing the American policy of stirring up trouble in Ukraine and goading Russia into combat.

Perhaps someone could explain it to me, over a plate of ‘Chicken Kyiv’ and a bottle of vodka. But for any debate to take place, we’ll have to start accepting that there are two sides to this argument. 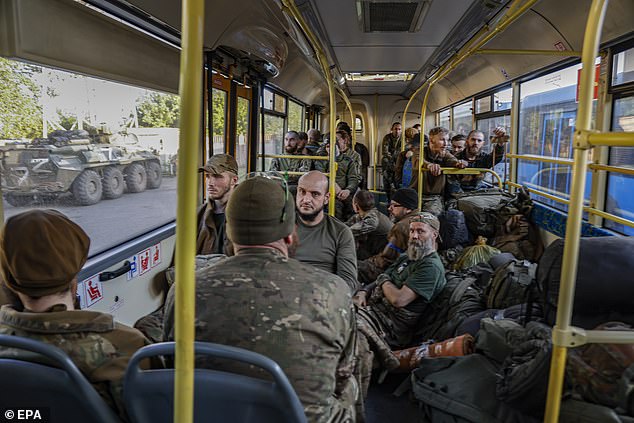 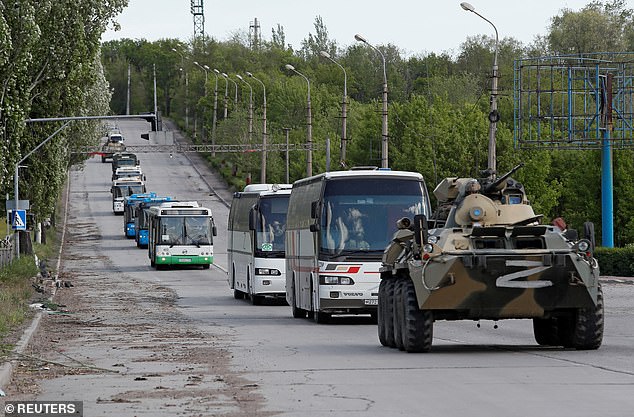 Was I being mischievous when I called last week for England to secede from the UK? Yes, and no. I campaigned for years to keep Britain together and loathed Blairite ‘devolution’. But it has happened now, and I do not think it is very English to wait passively to be jilted. I would love to be there when Nicola Sturgeon and Mark Drakeford get the phone calls telling them, ‘There, you have what you wanted. Independence begins at midnight tonight. England is back!’

My spies in the BBC have uncovered another mystery in the Corporation’s archive. Back in 1990, they made a remarkable, prophetic film called The March, starring the luminous Juliet Stevenson. It depicted a vast procession of poor Africans heading for the Straits of Gibraltar, while European leaders squabbled over how to cope with their arrival.

The huge questions of how the rich world can help the poor world without destroying itself were raised and not answered. But the drama showed, long before this began to happen, that the sea is no longer the barrier between Africa and Europe that everyone used to think it was. In fact, David Cameron’s ill-considered overthrow of the Gaddafi regime in Libya brought about the very crisis which The March foretold.

You might think the BBC would be anxious to show such an astonishing thing again. But there are, yet again, no plans to make it available.

The joke’s on us

I very much like the rainbow helmet sported by Cambridgeshire Police Superintendent James Sutherland. I think the whole police force should wear them, always, in future. It will remind us that, while we hired the police to deter and fight crime, they prefer to do something else.

But in that case, why do they still think they are entitled to take our money for doing it? Let them go private, and see who will pay them for whatever it is they now get up to. Eventually it will sink in that the only thing to do, if we want an actual police force, is to set up a new one, and get rid of the monstrous, arrogant failure which has stolen the honourable name of ‘police’ from what used to be a fine body of men and women. 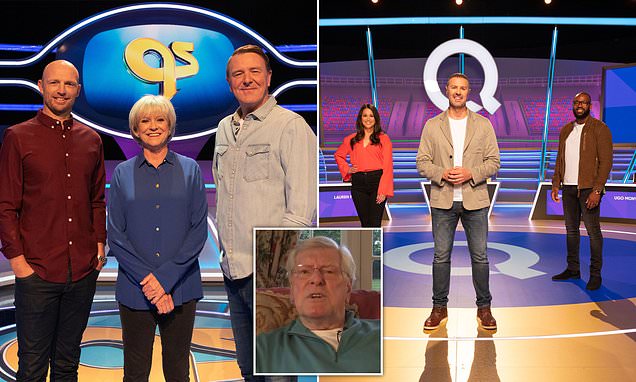 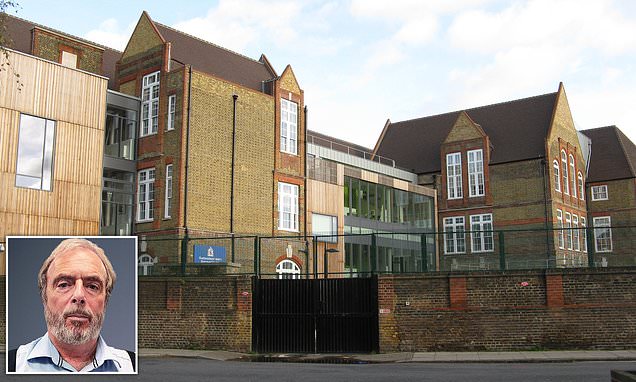 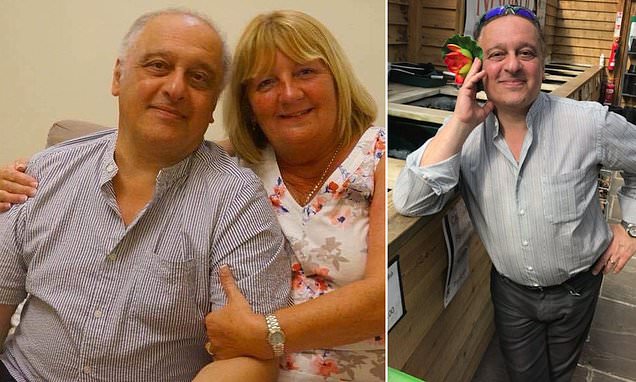 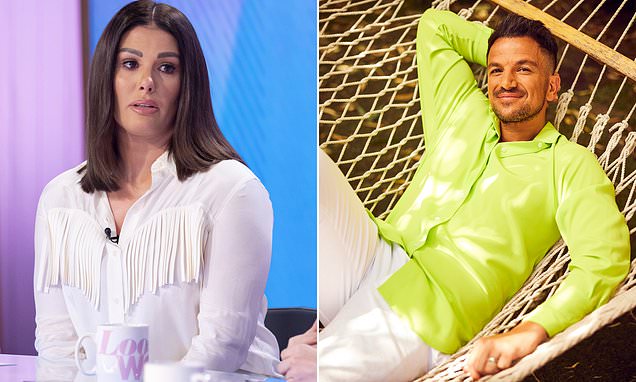