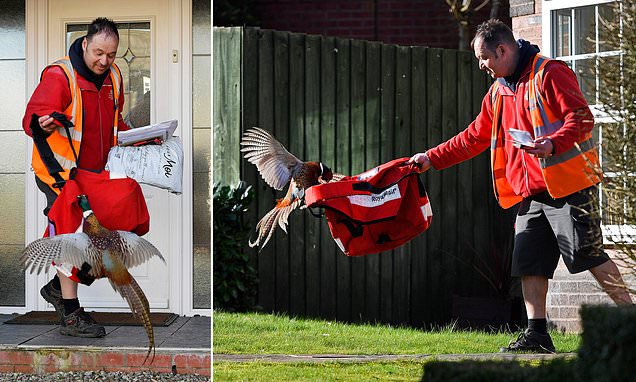 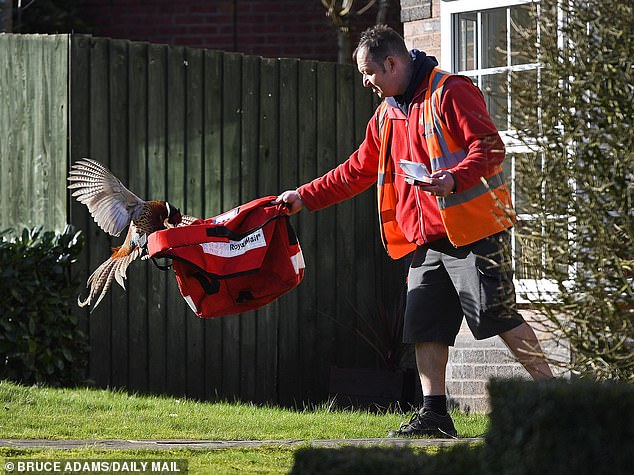 Pictured: Royal Mail postman Mark Brough who regularly gets attacked and terrorised by this male pheasant while making his rounds in Vale view, a road in Cheddleton, Staffordshire

‘It can be quite nasty’, he said. ‘Yesterday it was biting everything in sight, even my bike. 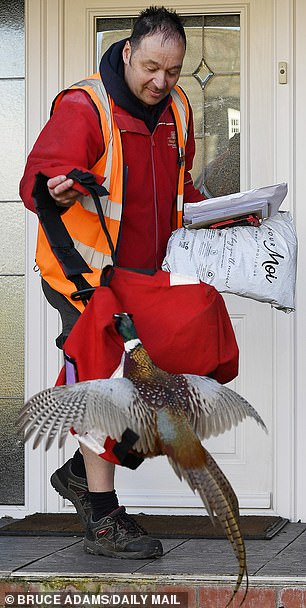 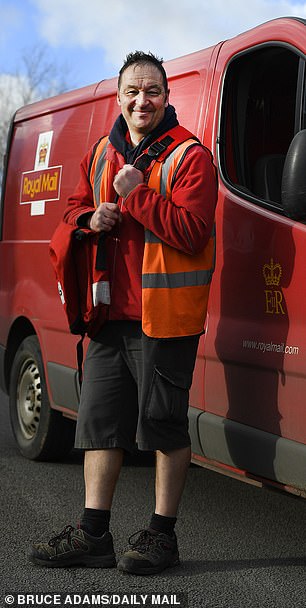 Mark, a father-of-two, says he can see the funny side even though the feisty bird adds time to his deliveries as he tries not to get cornered during his round in Cheddleton, Staffordshire


‘It’s adding time on to my round’, he added, ‘but luckily I’ve got an understanding boss.

‘There’s a family that run the local shoot and breed pheasants,’ he said. ‘This one seems to have taken that street as its territory.’ 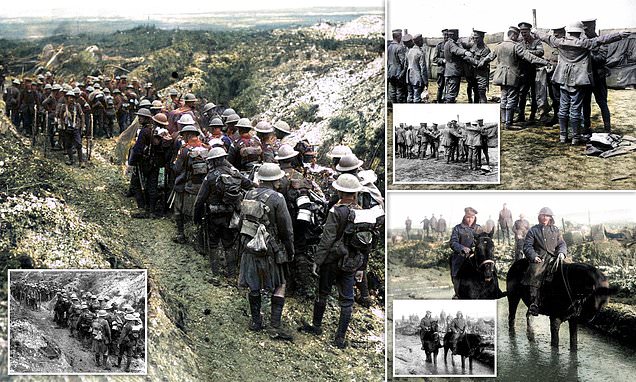 Battle of the Somme is brought to life in colourised images

Horror of the trenches during the Battle of the Somme is brought to life: Colourised images reveal the grim reality of World War One's bloodiest conflict ahead of the 106th anniversaryThe brutal horror of the Battle ... 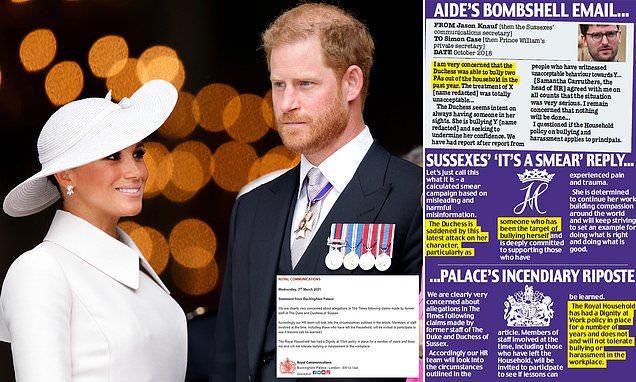