Pictured: Schoolboy, 11, who was killed in horror Boxing Day crash 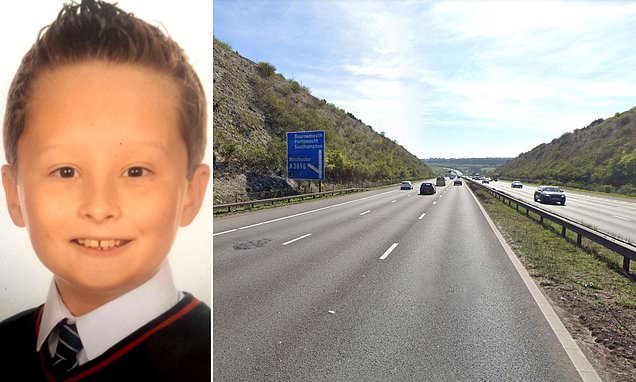 Pictured: Schoolboy, 11, who was killed in horror Boxing Day crash on the M3 as heartbroken family say: ‘we are going to miss you forever’ 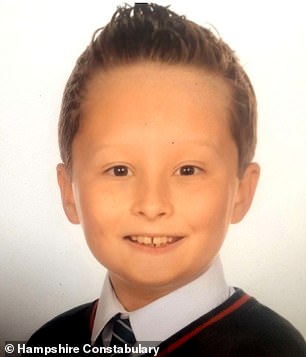 The heartbroken parents of an 11-year-old boy who was killed in a horrific Boxing Day crash on the M3 paid tribute to him today, saying: ‘We’ll miss you forever’.

Alfie Aiello-Da Cruz died instantly when the family’s red Nissan Qashqai smashed into a crash barrier as they were travelling back home on Boxing Day in heavy rain.

The family were driving southbound on the M3 when they crashed into the barrier on the slip road at junction 11.

They said in a statement: ‘Our beloved Alfie. We were so lucky to have you in our lives, giving us brightness, joy, love and happiness.

‘Now that you have been taken away from us so suddenly and at such a young age, just 11 years-old, we are going to miss you forever.

‘We will carry in our hearts your love for all of our lives, until our last breath, and we hope that one day we will meet in God’s heaven to give you the last hug that we wished to have given to you before you left.

‘We love you and always will. Anna, Marcos and Chloe.’

A spokesman for Hampshire Constabulary said: ‘Officers are appealing for information following a fatal collision in Winchester.

‘The incident happened at 8.50pm on Sunday night when a family from Fair Oak, near Eastleigh was travelling in a red Nissan Qashqai on the southbound M3. The vehicle was on the slip road at junction 11 when it collided with the barrier.

‘A 48-year-old woman and a nine-year-old girl suffered minor injuries and were also taken to Southampton General Hospital. The family are currently being supported by specialist officers.’ 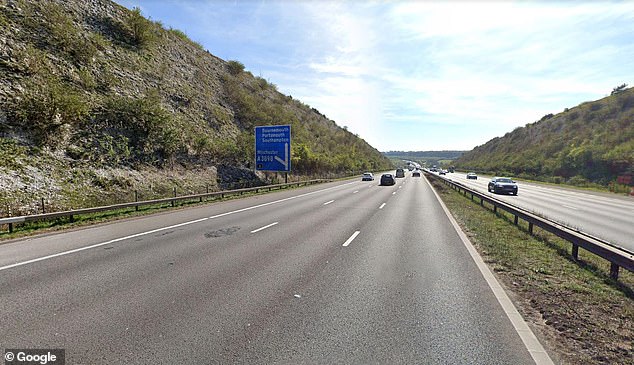 The family were driving southbound on the M3 when they crashed into the barrier on the slip road at junction 11. File photo

Officers investigating the exact circumstances of the collision repeated that they were keen to hear from anyone who could assist with information.

Inspector Andy Storey said: ‘We know the family were travelling from the Basingstoke area so we would like to appeal to anyone who may have been travelling along this stretch of the motorway prior to the collision, who may have seen the vehicle, to get in touch with us.

‘We would also like to speak to anyone who witnessed the collision. Did you see what happened? Do you have dash cam footage showing the collision or the moments beforehand?’

Schoolboy, 18, is jailed for life for stabbing 16-year-old boy to death as he tried to break up a fight between two womenStefan Draca, 18, murdered Rayon Pennycook, 16, in Corby, Northamptonshire  Draca, who was 17 a...