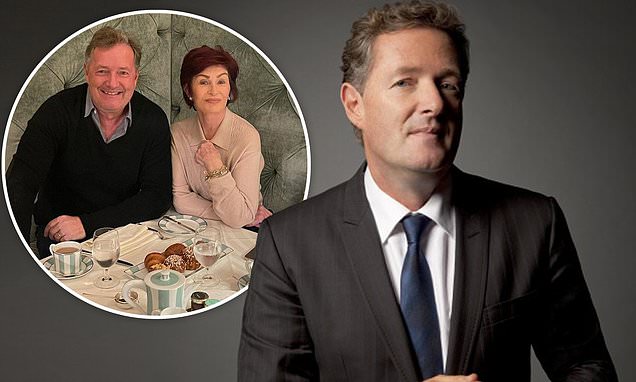 For 12 years, I’ve dined out on the fact that Susan Boyle, the greatest break-out star from any talent show in history, only entered Britain’s Got Talent because she fancied me, or as she put it in her own inimitable way: ‘I had a wee crush on Piers.’

‘Who?’ Susan replied, witheringly, before adding: ‘I respect him. But I don’t fancy him. I’ve grown up a bit now.’ 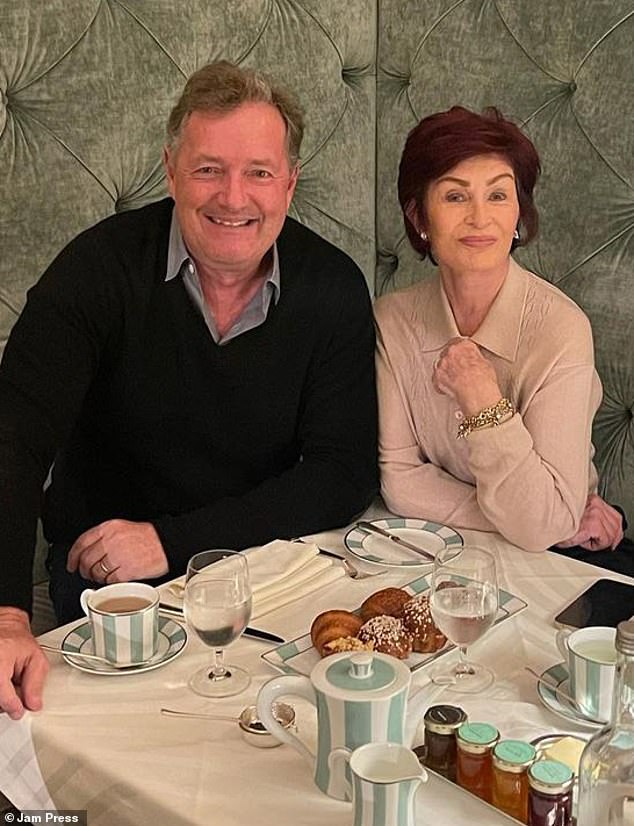 Over a 90-minute breakfast at Claridge’s we (Piers Morgan and Sharon Osbourne, above) laughed like drains and swapped tales of ghastly disloyal celebrities who ran a mile

But one thing I’ve learnt about Mrs O over the years is that, like me, it will take a lot more than a bunch of whiny woke weasels to cancel her for long.

At the end, we stood up and hugged goodbye and a guy at a nearby table jumped to his feet and exclaimed loudly: ‘I want to see you both back on TV very soon! Preferably together!’

‘It definitely sounds both helpful and compassionate,’ she says, ‘but I don’t think that you moderating a session between Coach Lasso and a celebrity psychiatrist is the best move right now. All his attention is on Brentford. Thank you very much.’

In fact, I’d put him third behind Sean Connery and Roger Moore, though at the launch party at Mark’s Club in Mayfair tonight for her outrageously funny new book, My Unapologetic Diaries, Dame Joan Collins surprised me by saying she reckons Pierce Brosnan was No 1. 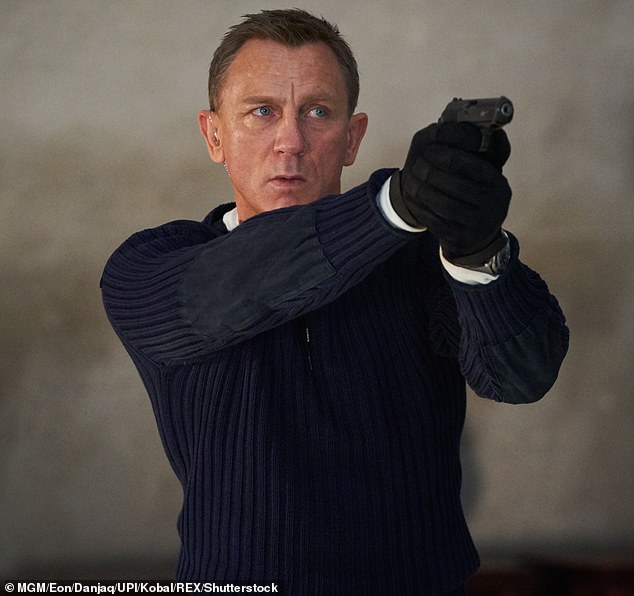 The new Bond film No Time To Die is a great action extravaganza with brilliant stunts, and there’s no question that Daniel Craig (above) is one of the best 007s

And when confronted by one of the hottest ever Bond girls (sorry, I mean ‘brainy Bond people’) in the form of scene-stealing Ana de Armas, Hollywood’s most legendary womaniser morphs into a bashful asexual monk.