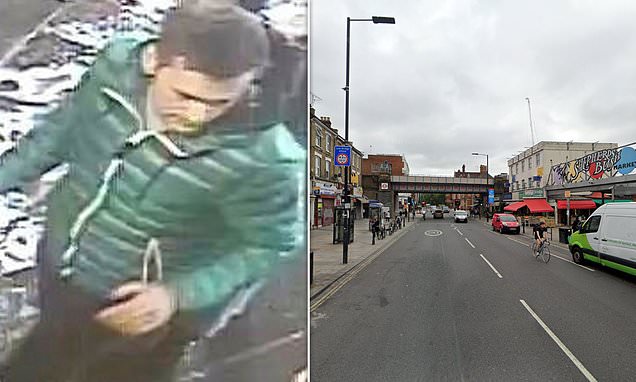 Police have released a CCTV image of a man sought after an unprovoked assault on a woman outside a pub in west Londen.

Die slagoffer, 27, suffered from a serious leg injury after being pushed to the ground by an unknown man in Shepherd’s Bush in the early hours of December 5.

Police found the woman after being flagged down by members of the public. She remains in hospital, where she is being treated.

A second woman was also knocked over by the man but did not suffer any serious injuries, said the Met.

The force has shared an image of a man wearing a green puffer jacket and black trousers who they want to identify in connection with the incident. 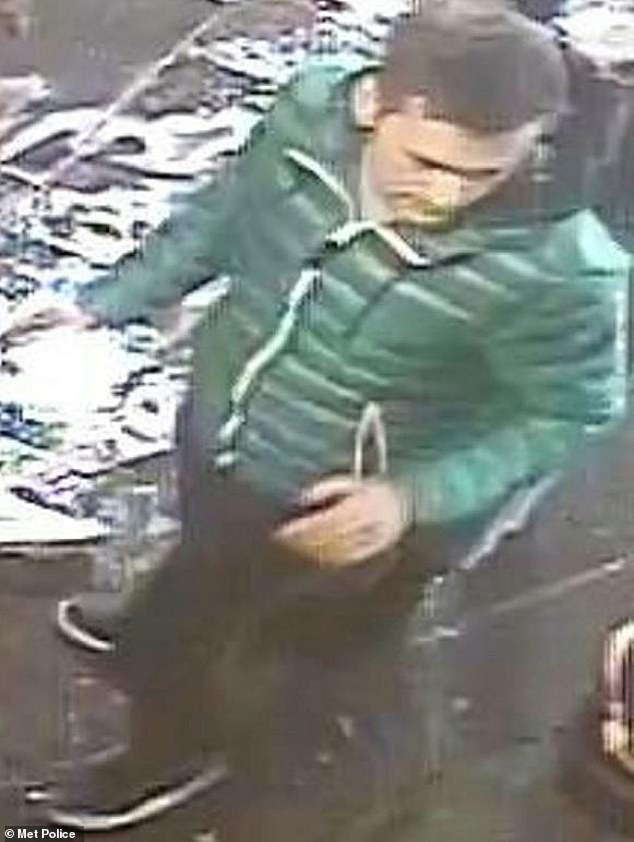 Police have released a CCTV image (hierbo afgebeeld) of a man sought after an unprovoked serious assault on a woman, 27, outside a pub in Shepherd’s Bush, Wes-Londen

The Met said in a statement: ‘Detectives have released a CCTV image of a man they need to identify and speak with following an unprovoked assault.

‘Op ongeveer 02:10Sondag, 5 Desember, officers on duty in the area of Uxbridge Road, W12 were flagged down by members of the public.

‘They found a 27-year-old woman who had sustained injuries after being pushed to the ground by an unknown man outside a pub.

‘She remains in hospital undergoing treatment for a serious leg injury.’

An investigation is being carried out by detectives from the Central West CID, which covers Hammersmith and Fulham.

Detective Constable Laura McDonagh said: ‘This was a completely random assault, in which a man – without any provocation – pushed two women to the pavement. 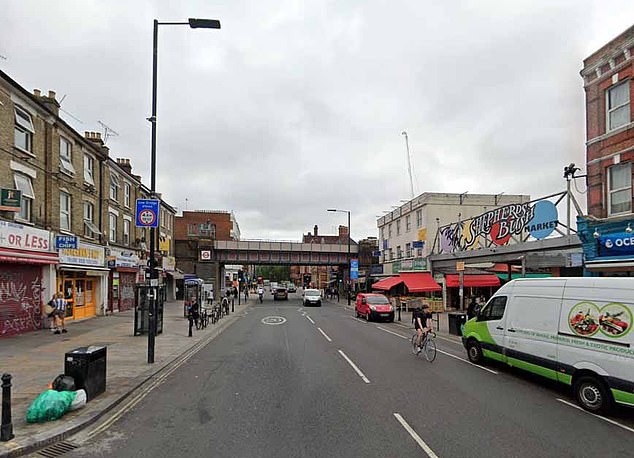 ‘The injuries suffered by one of the women will require ongoing treatment and she has been left severely impacted by them.

‘Assaults on women will not be tolerated and we remain committed to identifying the man responsible.

‘I would urge anyone who was in the area at the time to come forward and speak with us. Net so, if you recognise the man in the image, please phone police.’

Anyone with information is urged to call police on 101 quoting the reference CAD 901/05Dec or get in touch anonymously via Crimestoppers.