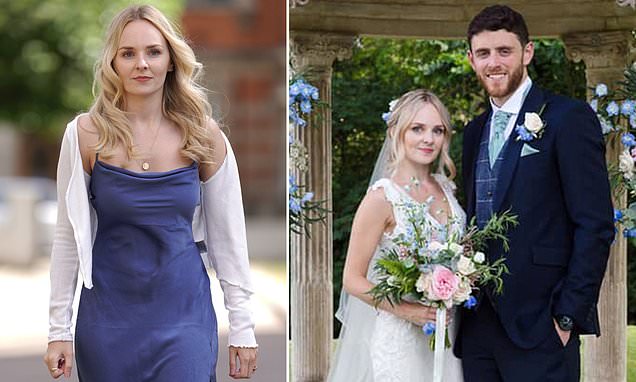 The widow of slain police officer Andrew Harper said she believes he is ‘smiling down at me with pride and love’ after her campaign for tougher sentences for attacks on emergency service workers became law.

Lissie Harper, 31, was compelled to lobby the Government after being ‘outraged’ by the prison sentences handed to the three teenagers responsible for killing her husband while he responded to a burglary, hours after he was due to clock off and begin his honeymoon.

Speaking on Tuesday, as Harper’s Law came into effect, Mrs Harper said: ‘I will never be rid of the hollowness that the burden of grief inflicts, but I know without hesitation that my husband Andrew would be immensely proud of this achievement in his name.

‘Andrew believed in fairness and peace – he had the strongest moral compass of anyone I ever met and that is why I know without a shadow of a doubt that he is smiling down at me with pride and love as Harper’s Law, his legacy, is now achieved.’ 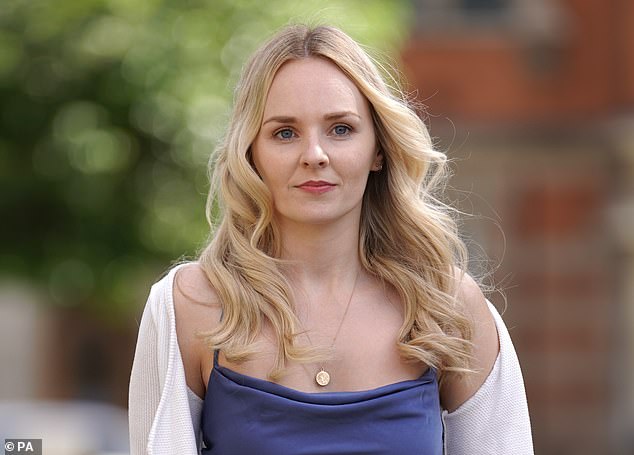 Lissie Harper, 30, was left outraged after the trio who caused her husband’s death escaped with sentences as low as 13 years 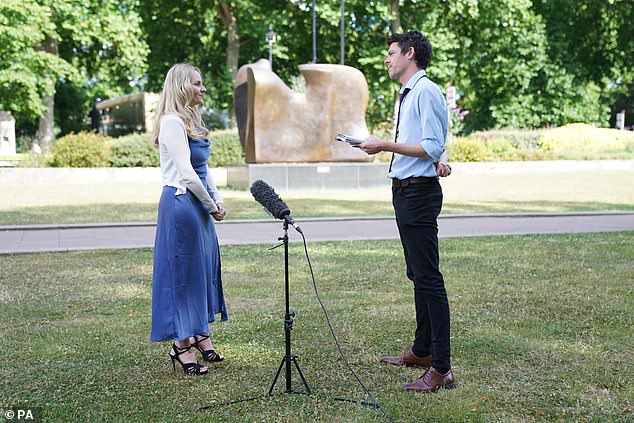 Mrs Harper speaking to the media on College Green in Westminster, London

Pc Harper, 28, died from his injuries when he was caught in a strap attached to the back of a car and dragged down a winding country road as the trio fled the scene of a quad bike theft in Sulhamstead, Berkshire, on the night of August 15 2019.

Henry Long, 19, was sentenced to 16 years and 18-year-olds Jessie Cole and Albert Bowers were handed 13 years in custody over the manslaughter of the Thames Valley Police traffic officer.

Long, the leader of the group, admitted manslaughter, while passengers Cole and Bowers were convicted of manslaughter after a trial at the Old Bailey.

All three were cleared of murder by the jury.

Mrs Harper’s quest to change the law came ‘in the midst of grief and incomprehensible loss’, and was backed by the likes of Home Secretary Priti Patel and Justice Secretary Dominic Raab. 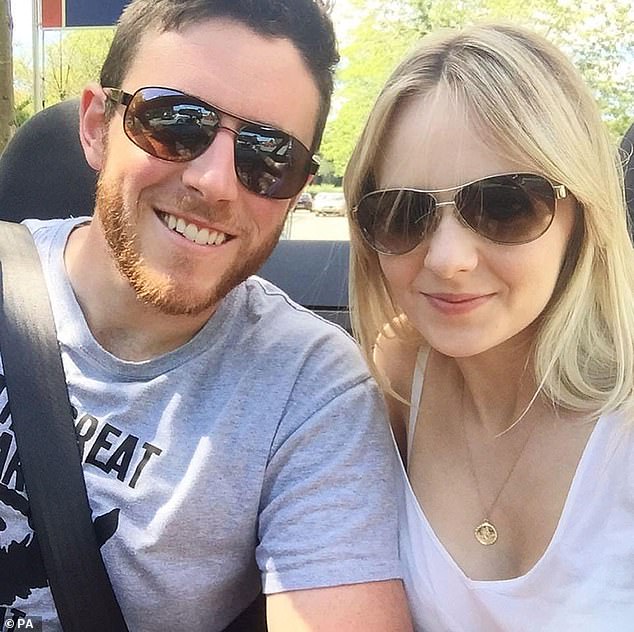 The law will not be retrospective, meaning Pc Harper’s killers cannot have their sentences extended.

The move extends mandatory life sentences to anyone who commits the manslaughter of an emergency worker on duty, including police, prison officers, firefighters and paramedics.

Judges determine the minimum term someone handed a life sentence serves before they are deemed eligible for release.

However, there is scope for judges to deviate from this if they feel there are ‘truly exceptional circumstances’. 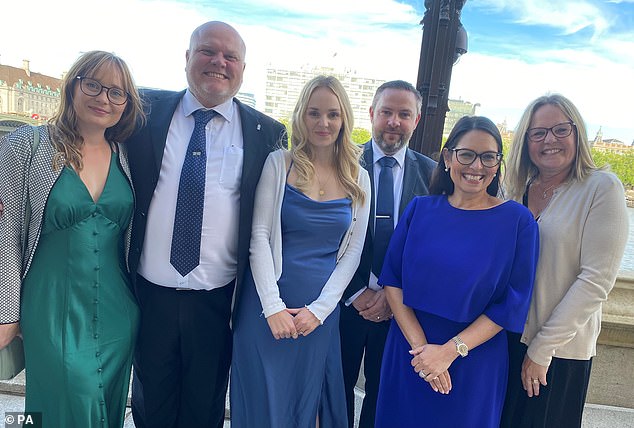 Mrs Harper said: ‘No longer will a family have to endure the pain of injustice in court as I did those many months ago – and that is a significantly powerful outcome’

Mrs Harper said: ‘Almost three years ago my husband was robbed of his life and we were both robbed of our future together.

‘Nothing will ever change that. This law will not change the outcome for his killers.

‘But no longer will a family have to endure the pain of injustice in court as I did those many months ago – and that is a significantly powerful outcome.’


She added: ‘I know that many, many people will feel vindication at actually being able to believe in some legislation written in our history books.

‘Throughout this journey I have met so many incredible people, fellow widows and widowers who know this unique pain I feel, as well as too many others who have lost loved ones in unspeakable ways and still have not seen any justice.

‘I hope that this will help not only me but all of those who have experienced these cruel atrocities, we may never move on but we can try to move forward.’

Mrs Harper told the PA news agency this year that she is ready to ‘find happiness again’ and will effectively retire from public life once the law change comes into effect.

Harper’s Law is among the new measures in the Police, Crime, Sentencing and Courts Act, which also includes making rare whole-life orders the starting point for premeditated child murder. 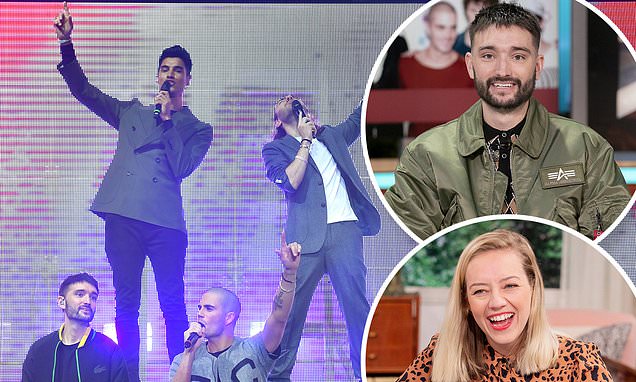 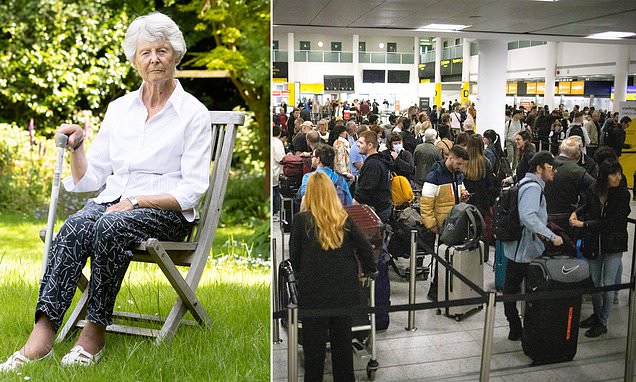 EXCLUSIVE: 'Terrified' widow, 92, with mobility issues blasts 'shocking' chaos at Gatwick airport after she was locked into a side room then climbed out of her wheelchair and crawled up a flight of stairs to get help... 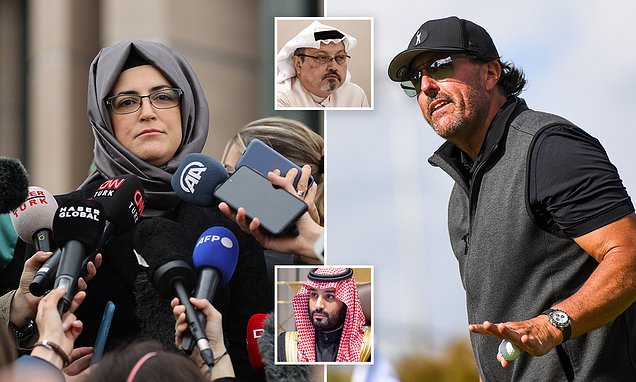 'They should be banned from playing in the world's major tournaments': Jamal Khashoggi's widow SLAMS Phil Mickelson and his fellow golfers for joining Saudi-backed competitionMickelson, Dustin Johnson and Bryson DeCh... 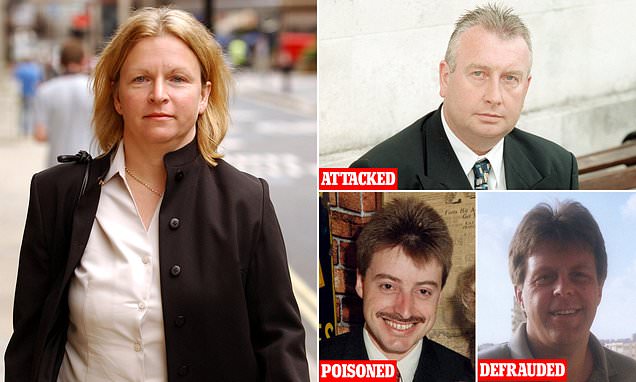 Why the black widow must never be released: She murdered one husband with poisoned curry, was acquitted of trying to kill another and conned a third. Now, as she's set for freedom after 19 years, her surviving spouse...