A pregnant insurance broker was sacked after she was caught looking for prams online during work hours and snooping on colleagues’ emails.

As well as researching baby-related products, she also carried out a ‘sustained and calculated’ search of her colleagues’ private messages.

Miss Mowatt worked at One Call Insurance in Doncaster.

The tribunal said: ‘It was found that Miss Mowatt had accessed websites relating to the sale of prams and other children’s items during working hours.

‘During 15 working days, it was noted that Miss Mowatt had spent 10 hours and 36 minutes viewing non-work-related matters.

‘Miss Mowatt admitted to looking at websites for her personal purposes and using her WhatsApp account for personal messages during working hours. 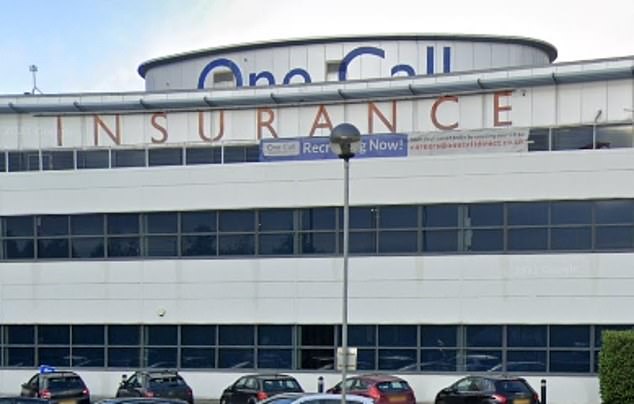 Paige Mowatt spent more than ten-and-a-half hours viewing non-work-related material over just 15 days, an employment tribunal heard. As well as researching baby-related products, she also carried out a ‘sustained and calculated’ search of her colleagues’ private messages. Miss Mowatt worked at One Call Insurance in Doncaster (above)

‘She was not sure of the time she looked at the various websites, but stated that they could have been during her breaks.’

A disciplinary investigation was launched, during which she admitted to checking the emails of colleagues, including managers, and adding inboxes to her own Outlook account.

The tribunal said: ‘Miss Mowatt explained that she had started this from just before she stepped down as manager as she felt she was being left out of things such as emails and WhatsApp groups.’

The tribunal heard many of the emails she viewed had nothing to do with her and included return to work after sickness documents from other members of staff.

The panel found: ‘She had not searched for herself in the emails by name but was conducting a general browsing where she did not appear to be looking for anything specific.

‘The emails were viewed at multiple points throughout the working day.’

She was fired but later sued her employer for victimisation and unfair dismissal after viewing emails between managers in which one called her a ‘f***ing muppet’.

But the tribunal threw out her claims.

Employment Judge Neil Maidment said: ‘Miss Mowatt’s viewing of colleagues’ emails was calculated, sustained and extremely wide ranging involving her not simply in searching for references to herself but viewing correspondence which had nothing whatsoever to do with her and which in some cases was of a private nature.

‘One Call Insurance did not act outside the band of reasonable responses in considering that there was such a loss of faith and trust in Miss Mowatt that it could no longer sustain her employment.’