Anti-slavery protesters plan to confront Prince Charles to demand reparations from the royals and the UK Government for slavery during his visit to Barbados.

The Prince of Wales, 73, is expected to fly out to the island today at the invitation of the Prime Minister of Barbados Mia Amor Mottley to attend the transition of a realm to a republic ceremony.

The move, which will see Barbados cut ties with the monarchy and become a republic after centuries of British rule, will come as Dame Sandra Mason, the current governor-general, is sworn in as president on Tuesday.

During his two-day visit, the future king will give a speech reaffirming the country’s friendship with Barbados and the Queen will also send a message of support as Dame Sandra Mason replaces the monarch as head of state on the country’s 55th anniversary of independence.

However it is understood that up to 100 activists will demand compensation for slavery during the prince’s visit.

‘The Royal Family benefited from slavery in Barbados. I’m angry.’

Mr Denny, added: ‘It’s not just about money, it’s about an apology and help. Reparations are needed to transform our society.’

A source close to Prince Charles said the royal was ‘sanguine’ about the island’s transition and there was ‘perhaps a twinge of regret’.

The source told The Times: ‘He is sanguine about it — he doesn’t see it as a rejection of him personally but there is perhaps a twinge of regret and a sense that a link is being weakened.

‘As the next head of the Commonwealth, the prince is determined it should be more than an emotional thing; it should be a practical thing that helps countries with issues like trade and climate change.

‘If the realms were all going off to leave the Commonwealth, he’d be desperately sad, but that’s not the case.’

Last year Barbados announced it would remove the Queen as its head of state and become a republic by November, 2021.

Buckingham Palace said Barbados’ intention to remove the Queen as head of state and become a republic was a ‘matter’ for the Caribbean nation. 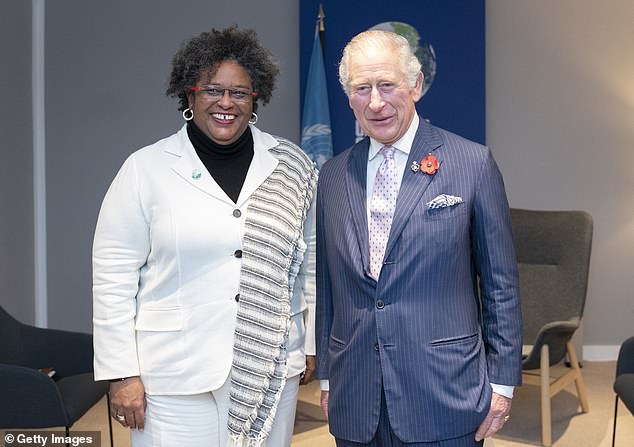 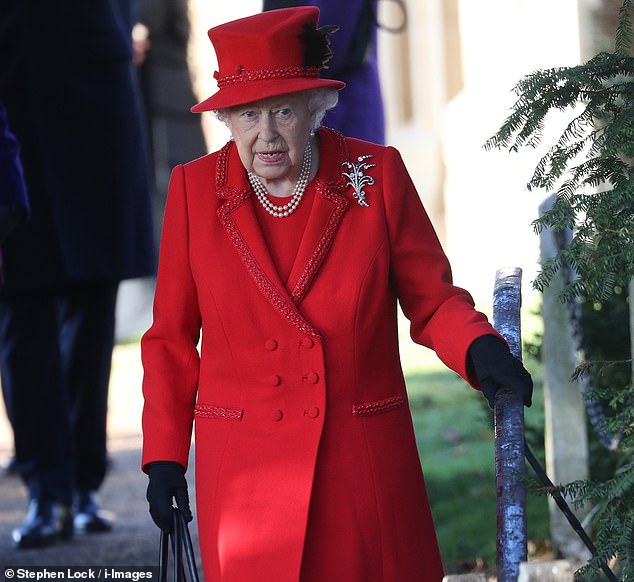 Reading the speech, Dame Sandra Mason said: ‘The time has come to fully leave our colonial past behind. Barbadians want a Barbadian Head of State.

‘This is the ultimate statement of confidence in who we are and what we are capable of achieving.

‘Hence, Barbados will take the next logical step toward full sovereignty and become a Republic by the time we celebrate our 55th Anniversary of Independence.’

Asked to comment on the Commonwealth country’s plans a palace spokesman said: ‘This is a matter for the government and people of Barbados.’

Downing Street said it was a ‘decision for Barbados and the Government there’ but that Britain would continue to ‘enjoy a partnership’ with the Caribbean island nation as members of the Commonwealth.

A Number 10 spokesman said: ‘We obviously have a shared history and remain united with Barbados in terms of history, culture and language, and we will continue to have and enjoy a partnership with them as members of the Commonwealth.’

The country gained its independence from Britain in 1966, though the Queen remains its constitutional monarch.

In 1998, a Barbados constitutional review commission recommended republican status, and in 2015 Prime Minister Freundel Stuart said ‘we have to move from a monarchical system to a republican form of government in the very near future’.

Most Caribbean countries have kept formal links with the monarchy after achieving independence.

Barbados would join Trinidad and Tobago, Dominica and Guyana if it proceeds with its plan to become a republic.

Jamaica has also flagged such a transition, with Prime Minister Andrew Holness saying it was a priority of his government, but has yet to achieve it.

Barbados took another step towards independence from the UK in 2003 when it replaced the London-based Judicial Committee of the Privy Council with the Caribbean Court of Justice, located in Trinidad and Tobago’s Port of Spain, as its final appeals court.

Former Prime Minister Owen Arthur promoted the idea of a referendum on becoming a republic in 2005, however the vote was called off due to concerns raised by the Electoral and Boundaries Commission.

However, the Sugar Revolution, the introduction of sugar cane from Dutch Brazil, in the 1640s was highly lucrative and over the next decade more than two thirds of English emigres to the Americas went to Barbados.

It is estimated that between 1627 to 1807, some 387,000 Africans were shipped to the island against their will and the country shifted from having a majority white population to a majority black population.

Since then, the Barbadian Parliament has remained a constitutional monarchy and parliamentary democracy, which is modelled on the British Westminster system of government.

EXCLUSIVE: Prince Andrew could be stripped of 24-hour armed security