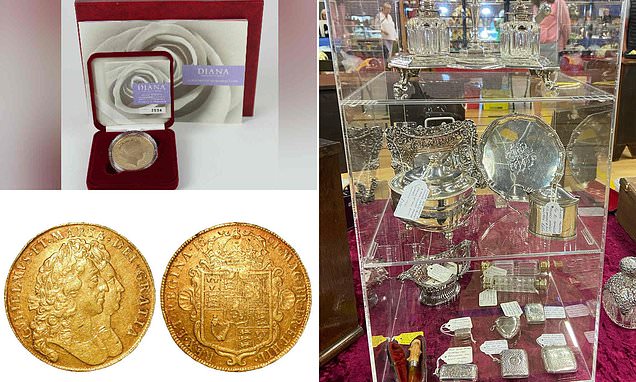 Princess Diana gold coin and 17th century five guinea worth £20,000 are stolen from an Essex antiques fair as police hunt two women in connection with the theft who were accompanied by a man in a ‘Panama-style hat’

Detectives are hunting two women after the theft of two antique gold coins worth £20,000 for an exhibition at an antiques fair in Essex.

They were on display by Lockdale Auctioneers and Valuers at a fair at the Brentwood Centre on May 28 when the theft happened.

Investigators have pinpointed the time they went missing to being between 2.50pm and 3.20pm.

Police say the pair of women were with a man who has been described as wearing a white or cream suit jacket and light-coloured Panama-style hat. 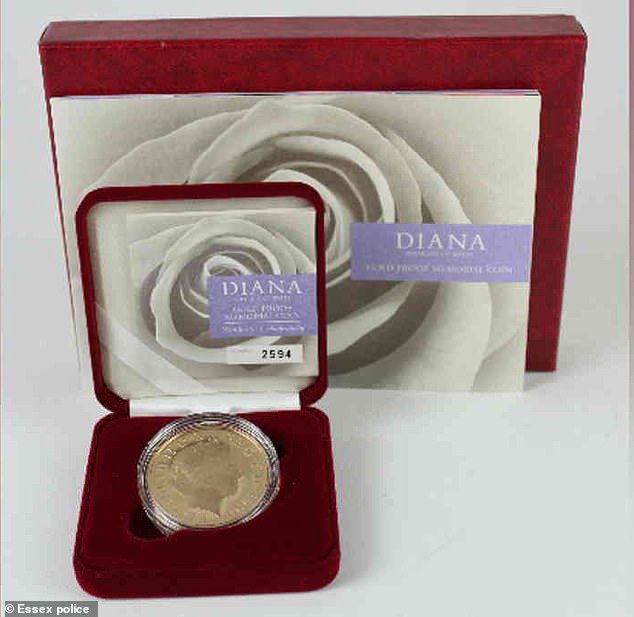 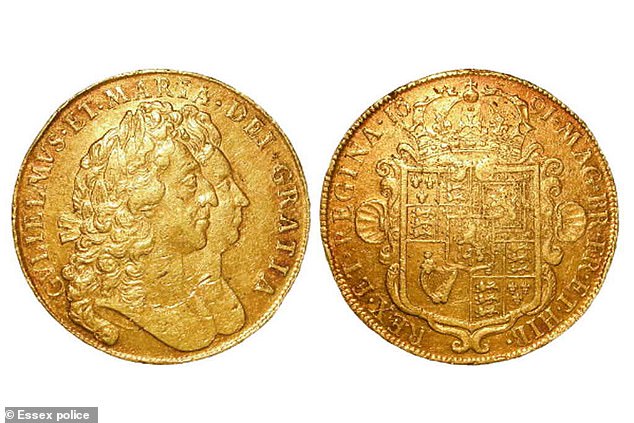 An Essex Police spokesman said: ‘We want to speak to two women in connection with the theft.

‘The first is described to us as having a tanned complexion, aged between 40 and 50 years-old, around 5ft 8ins tall, of large build, with long brown hair, and possibly wearing a denim jacket.

‘The second is also described to us as having a tanned complexion, in her 40s or 50s, around 5ft 6ins tall, with shoulder length hair.’

The antiques fair was organised by GNB Fairs who set them up Essex, Kent, Suffolk & Sussex and have another in Brentwood on August 28 and 29 weekend. 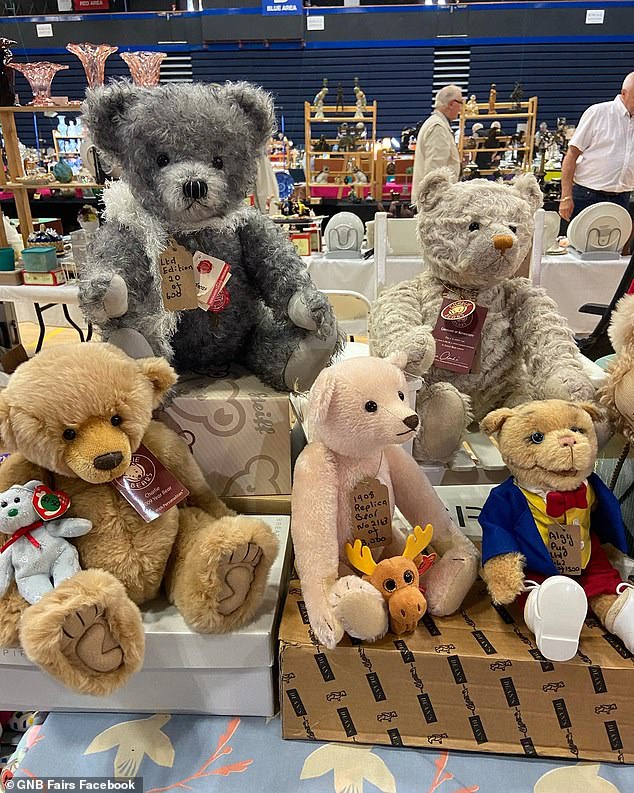 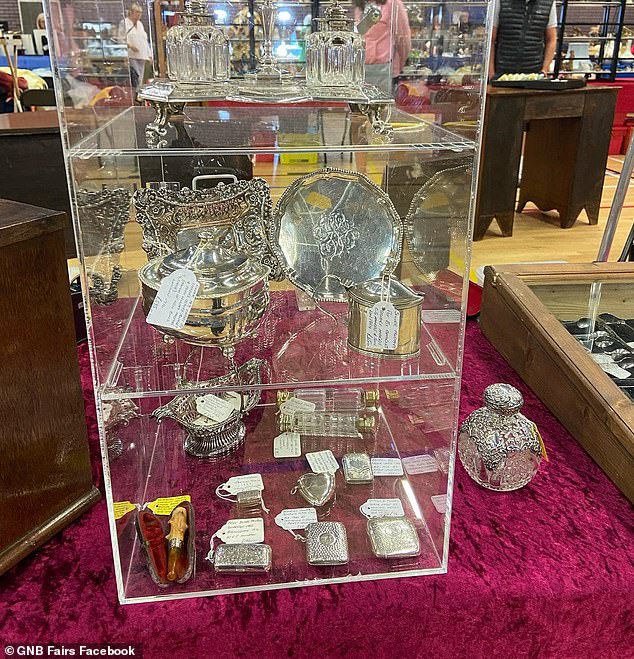 These silver items were also on offer at the even in Brentwood, which was held last month

Both of the valuables were in the possession of Ipswich-based Lockdales Auctioneers.

They are understood to have been exhibiting items as well as offering for sale at the event.

Police are hoping people may come forward to the two women’s identities.

They also are appealing for CCTV, dash cam or other footage.

If you can help contact the police using crime reference number 42/137590/22 on 101 or by submitting a report online. 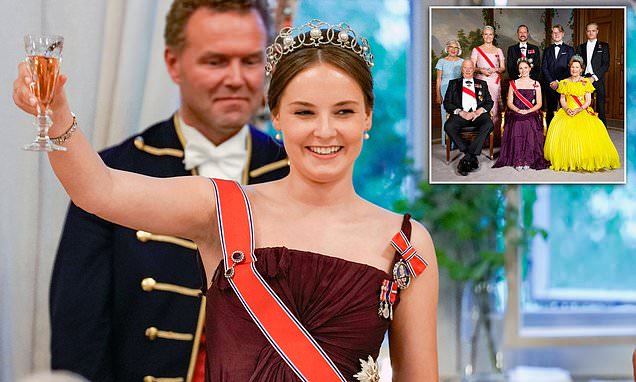 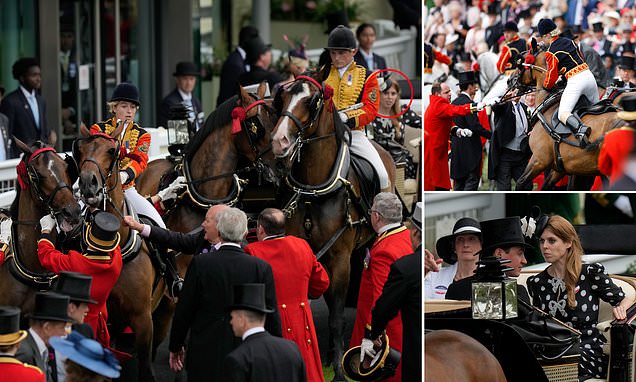