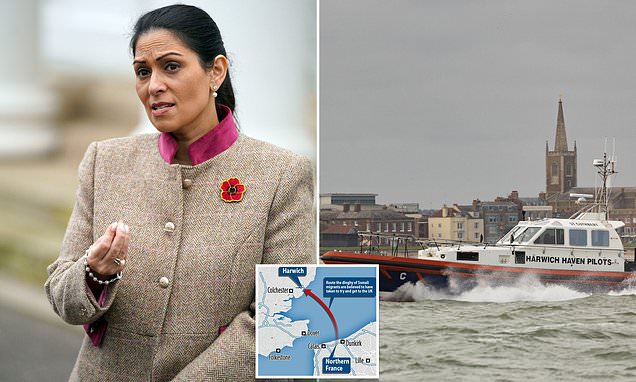 The individuals are still unaccounted for after trying to cross from France to the UK in a dinghy earlier this week.

Two men – both Somali nationals – were rescued off the Essex coast on Monday and searches for any remaining survivors have now been called off.

Asked what she would say to their families, Ms Patel said: ‘It is terrible, it is tragic and it is absolutely appalling. 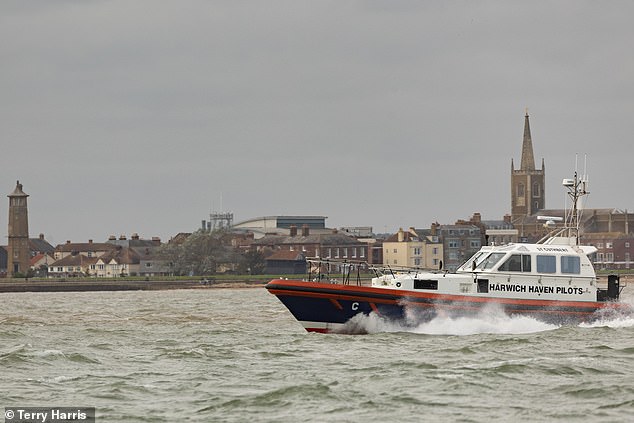 Two men – both Somali nationals – were rescued off the Essex coast on Monday and searches for any remaining survivors have now been called off. Pictured is a search boat on Tuesday

By the time the boat entered the UK search zone of international waters, around 30 miles off the coast of Essex where the rescue took place, one other person was also unaccounted for. 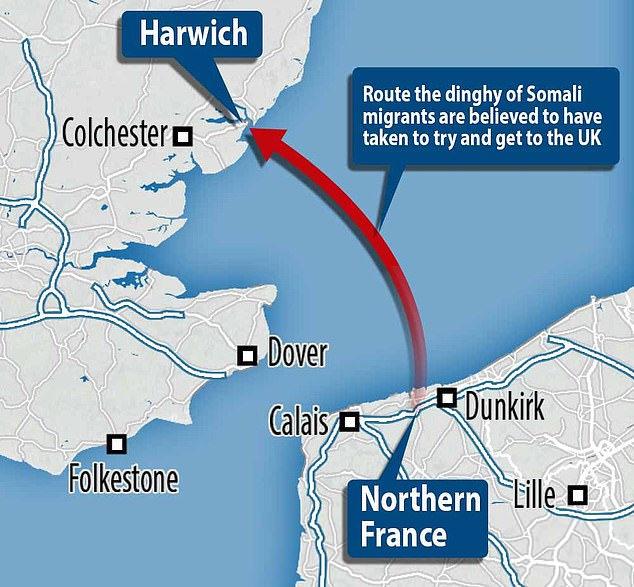 When pressed if a tactic that allows Border Force officers to turn migrant boats back towards France meets human rights and maritime laws and whether she is comfortable that it does not put lives at risk, she repeatedly insisted it has a ‘legal basis’, adding: ‘None of this is illegal.’

Woman, 26, is declared brain dead two weeks after death of her Wilhelmina model friend, 24, when both women were 'drugged' and dumped outside hospitals in LAHilda Cabrales, 26, was pronounced brain dead yesterday two...