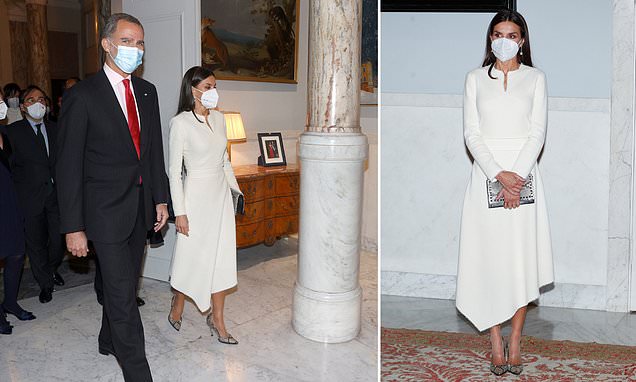 A bit of all white! Queen Letizia of Spain oozes elegance in a recycled asymmetrical dress as she and King Felipe VI kickoff their two-day state visit to Sweden

Queen Letizia showcased her fashion prowess once again when joining her husband King Felipe VI as they kicked-off their two-day state visit to Swede with a lavish reception.

The royal couple arrived at the Residence of the Embassy of Spanje on Tuesday to speak with Spanish residents living in the country. 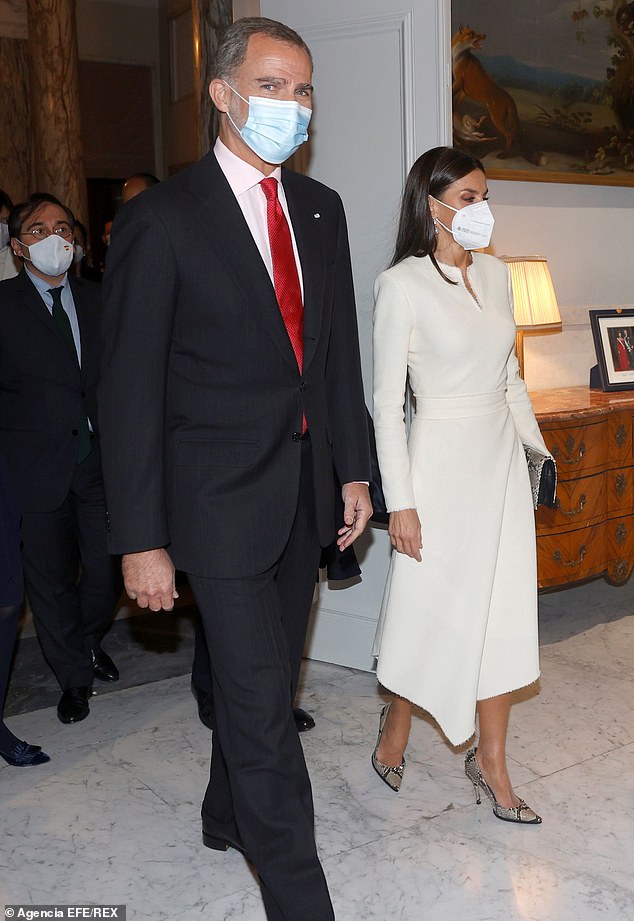 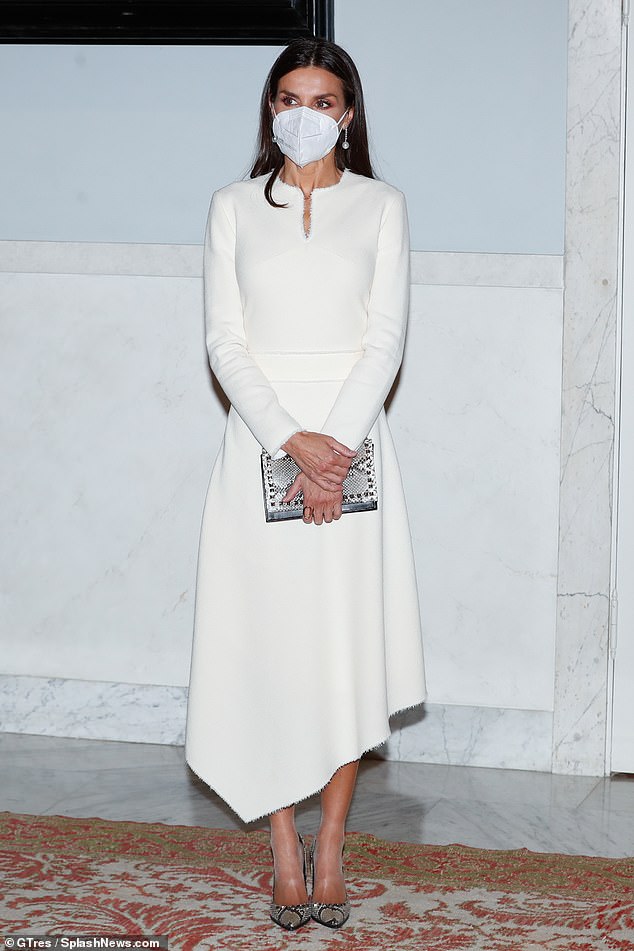 Vandag, Letizia opted for an elegant white dress with a cinched waist to emphasise her enviable figure. 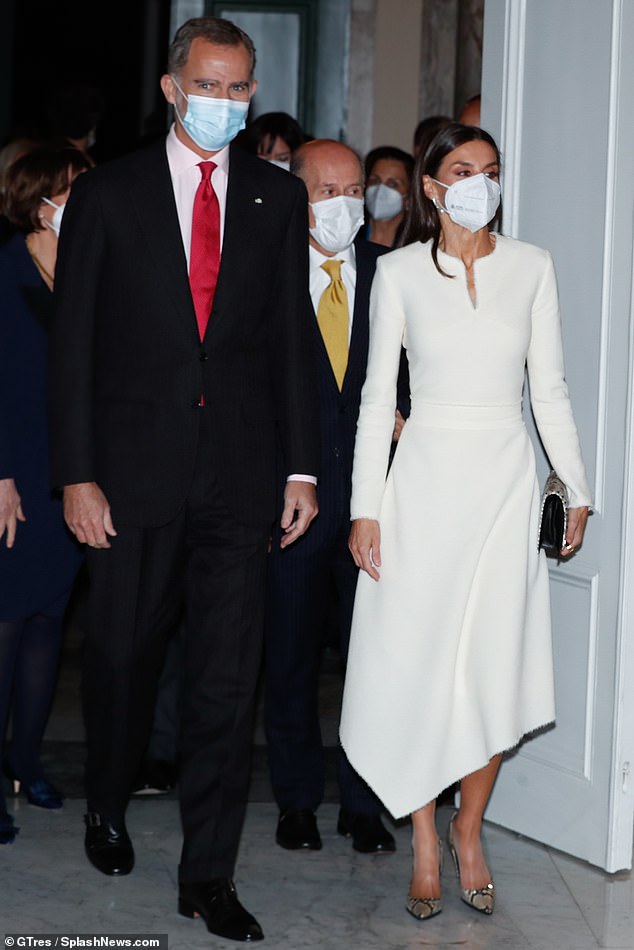 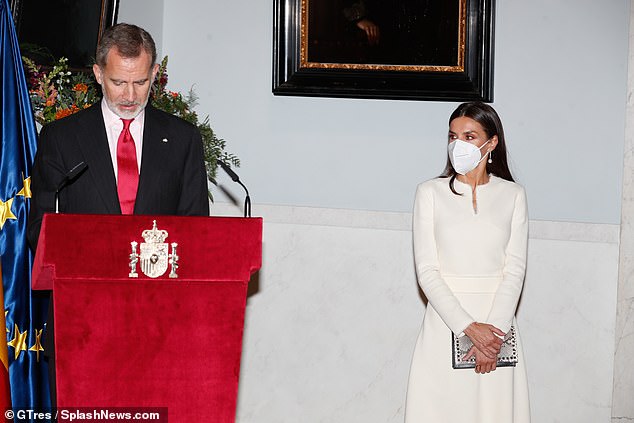 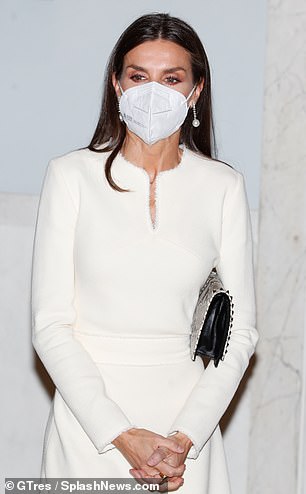 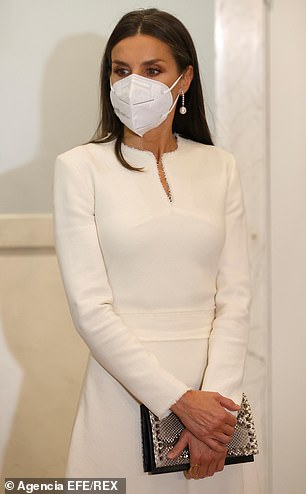 Queen Letizia (op die foto) styled her glossy brunette hair with a centre parting, while opting for make-up that brings focus to the eyes 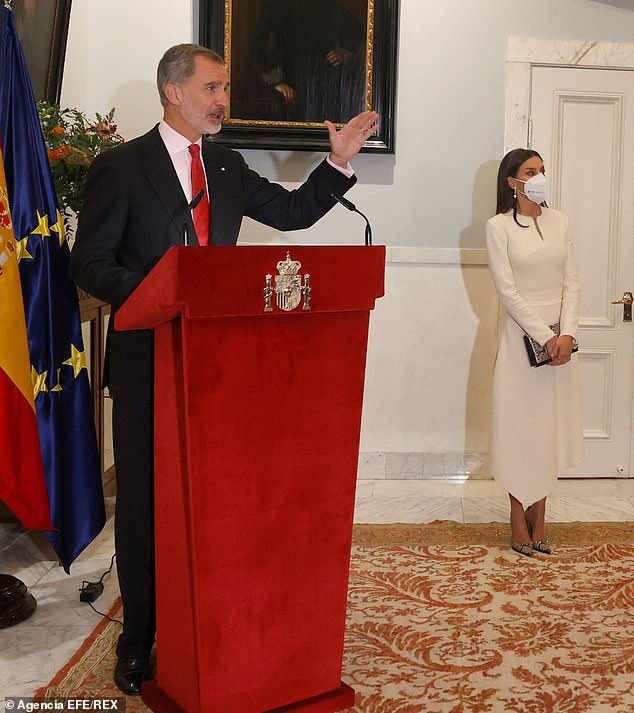 Felipe (op die foto links, with Letizia) addressed Spanish residents living in Sweden to show support for their work and representation in the country

They later arrived at the Residence of the Embassy of Spain in Sweden, where Felipe addressed the Spanish residents, sê: ‘All of you, those of you who have been here longer and those who are still looking for your place in this new host country, we would like to send you a message of support, as you represent, outside of our borders, much of the best of our country.’

Hy het bygevoeg: ‘We are certain that you demonstrate not only your ability to work and commitment, but also your tenacity and ingenuity, as well as your excellent training.’ 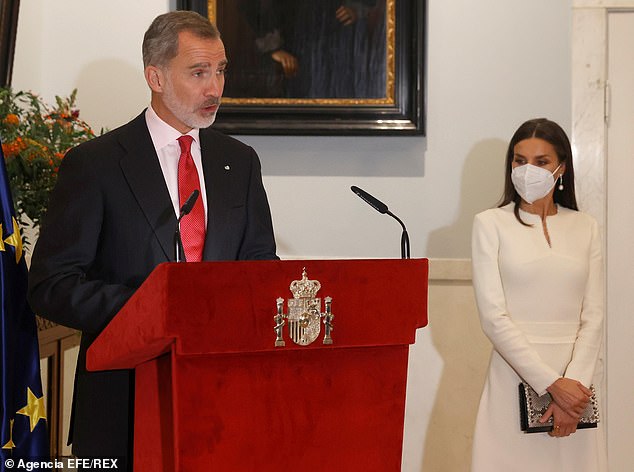 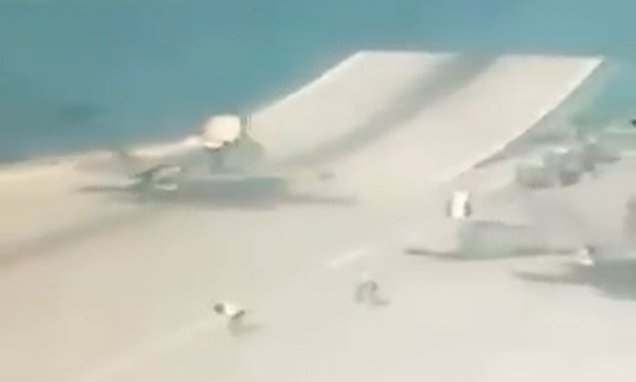 Gaan, going… GONE! Footage emerges of the moment £100m F-35 fighter jet topples off the end of HMS Queen Elizabeth’s runway with pilot ejecting as the plane sinks into the depths of the MediterraneanFootage shows th... 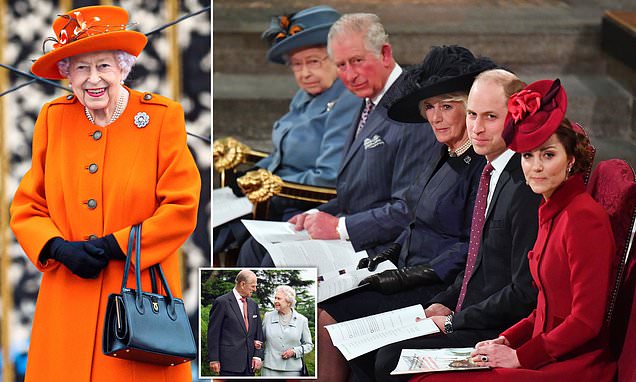 Queen taking ‘comfort’ from work during ‘most difficult time of reign’ 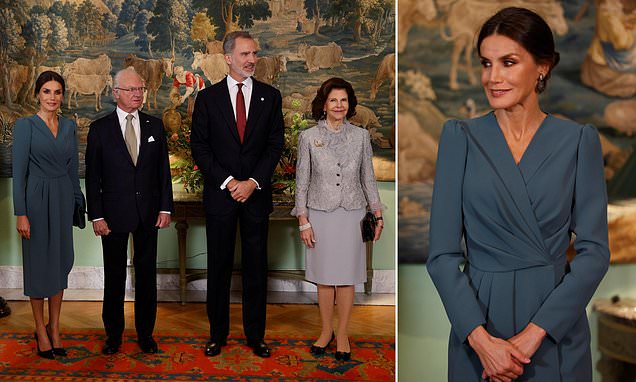 Polished perfection! Queen Letizia of Spain oozes sophistication in a teal wrap dress as she and King Felipe VI join the Swedish royal family at a reception in StockholmSpanish royals attended a reception to mark end...