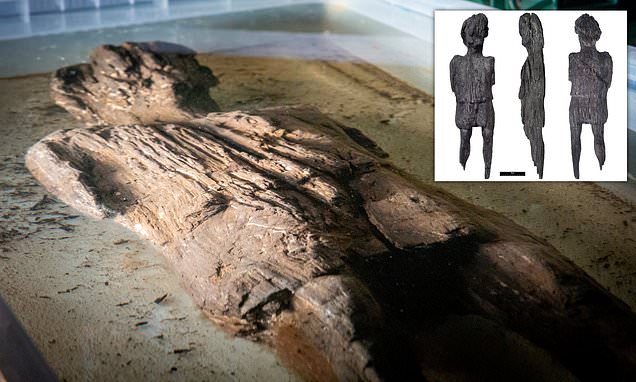 ‘Extremely rare’ wooden Roman figure is found in a Buckinghamshire ditch: HS2 dig unearths ‘exquisite’ discovery that may have been carved for the gods 2,000 years ago

However, closer analysis revealed that it bears the shape of a human, seemingly dressed in a knee-length tunic tied at the waist and sporting either a hat or hair.

Archaeologists said that the lack of oxygen in the trench in which the figure was found was what prevented it from rotting — preserving it for some 2,000 years. 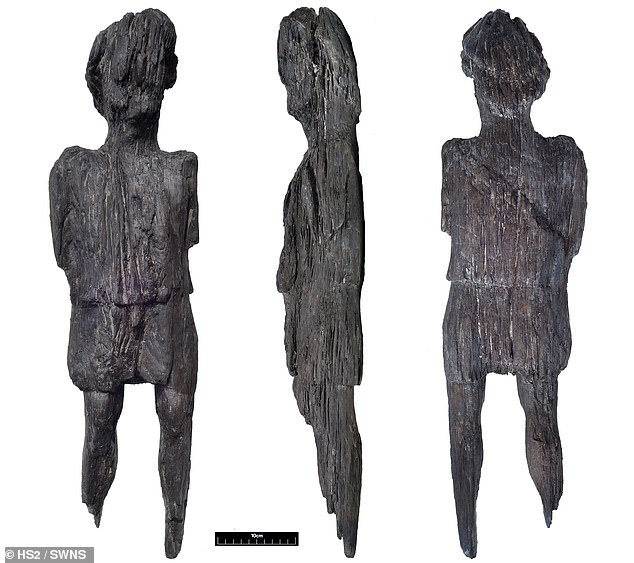 A waterlogged ditch in Buckinghamshire has yielded the most unexpected find — a rare, extremely well-preserved wooden figure (pictured) dating back to Roman times 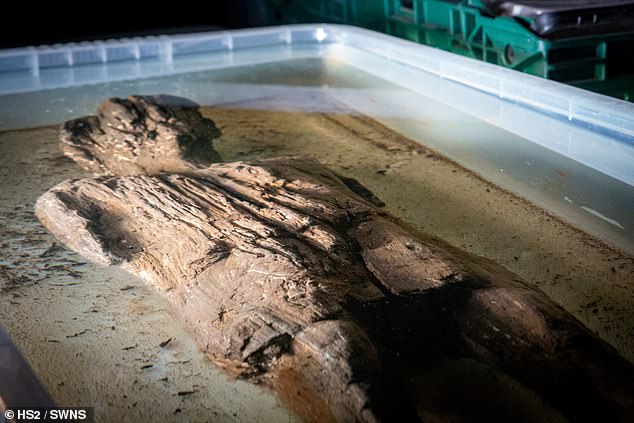 The wooden figure (pictured) is 26 inches (67 cm) tall — having lost the lowest part of its legs, not to mention its arms below the elbow — and is 7 inches (18 cm) wide 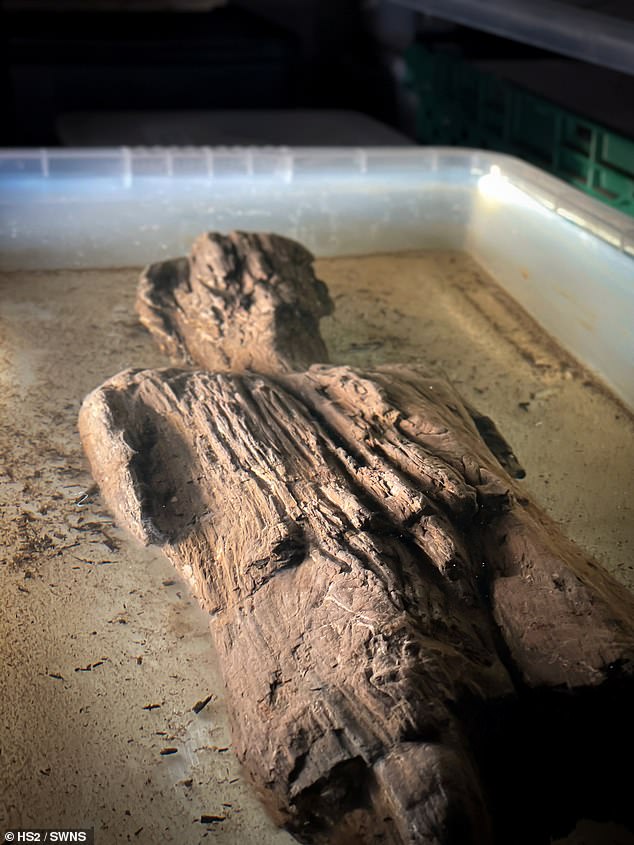 Archaeologists said that the lack of oxygen in the trench in which the figure was found was what prevented it from rotting — preserving it for some 2,000 years

In 2019 a Roman-era wooden arm that was thought to have been carved as a religious offering was found at the bottom of a well in Northampton. 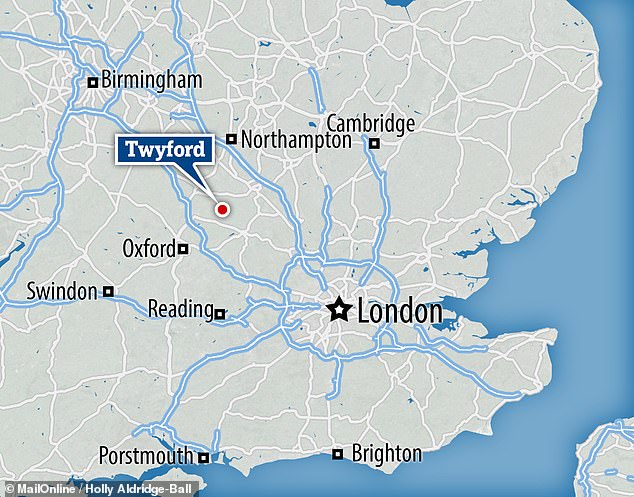 The line is to be built in a ‘Y’ configuration.  London will be on the bottom of the ‘Y’, Birmingham at the centre, Leeds at the top right and Manchester at the top left.