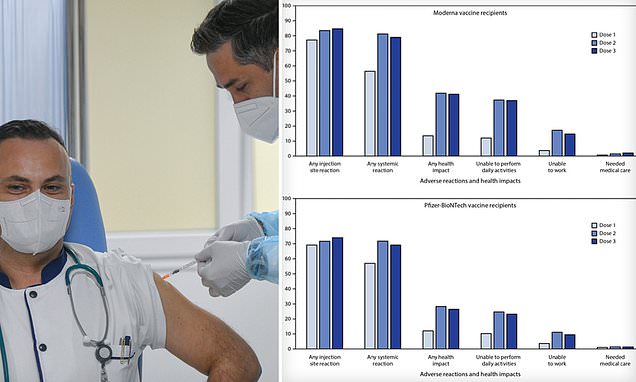 Side effects after booster shots of the Pfizer-BioNTech or Moderna COVID-19 vaccines occur as frequently as they do after second doses, a new report finds.

About 79 percent had reactions at the injection site, such as pain, redness or swelling, and 74 percent reported other side effects such as fever, headache, chills or joint pain. 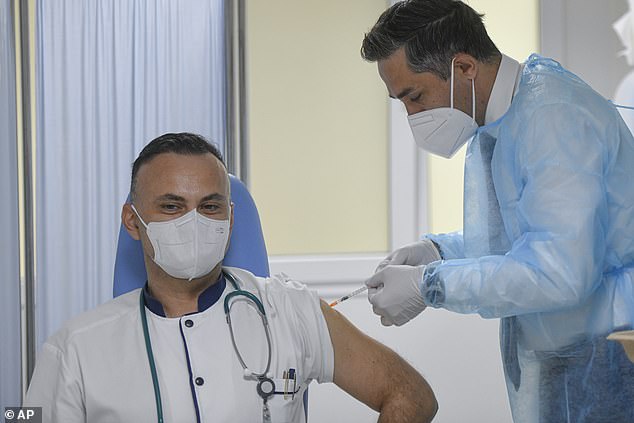 A new CDC study looked at 22,191 reports of side effects after people received their booster shot of the Pfizer or Moderna vaccine. Pictured: A man gets a third dose of Pfizer’s COVID-19 vaccine, September 28 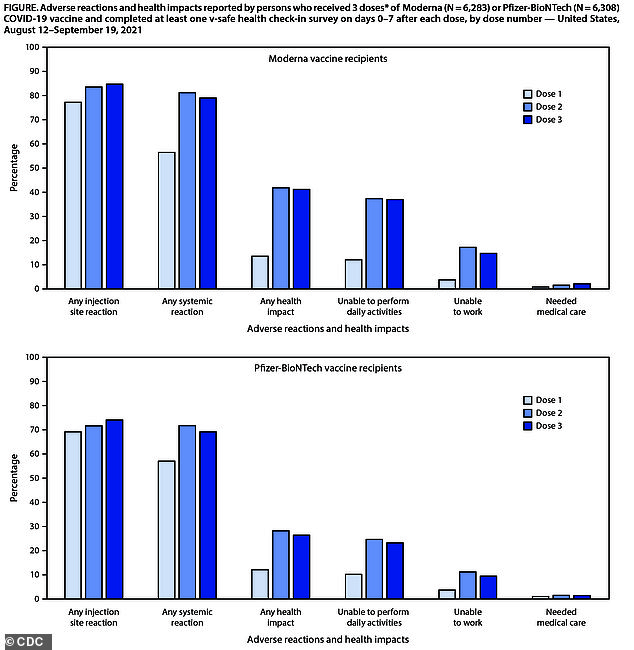 For the report, published on Tuesday, the CDC looked at reports made to the agency’s smartphone tool, v-safe, between August 12, 2021 and September 19, 2021.

Of the 2.21 million people who received a booster shot over the course of the study period, there were 22,191 reports made to v-safe.

Additionally, 74.1 percent reported other side effects following the booster shot compared to 76.5 percent after the second dose.

Of the adults who received three doses of Moderna, reactions such as itching, pain, swelling and redness were more common after dose 3 than those two at 84.7 percent compared to 83.5 percent. 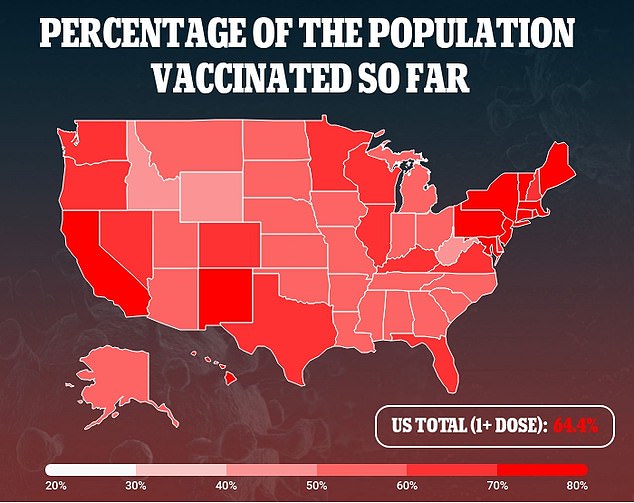 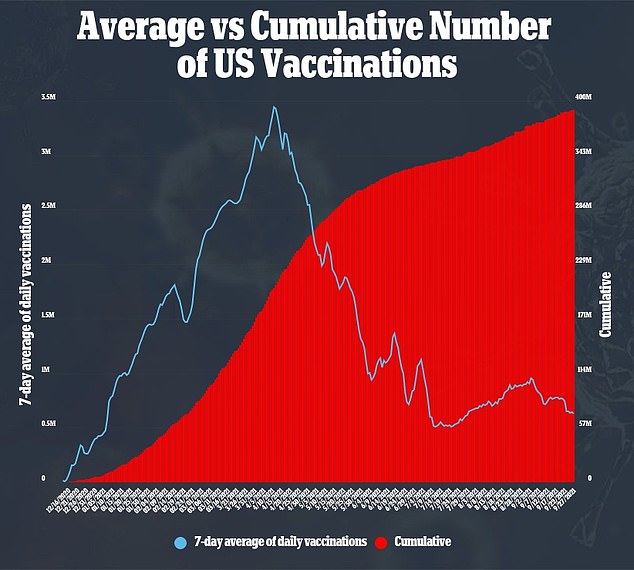 A total of 81.3 percent of recipients reported these side effects after dose 2 compared to 79 percent after dose 3.

Additionally, systemic reactions were reported less frequently after dose 3 than dose 2 at 69.2 percent compared to 71.7 percent.

What’s more, of the roughly 9,500 people who reported pain after the third dose of either vaccine, 93.3 percent said their pain was either mild or moderate.

Just 6.7 percent had pain that they said made daily activities difficult or impossible to perform. 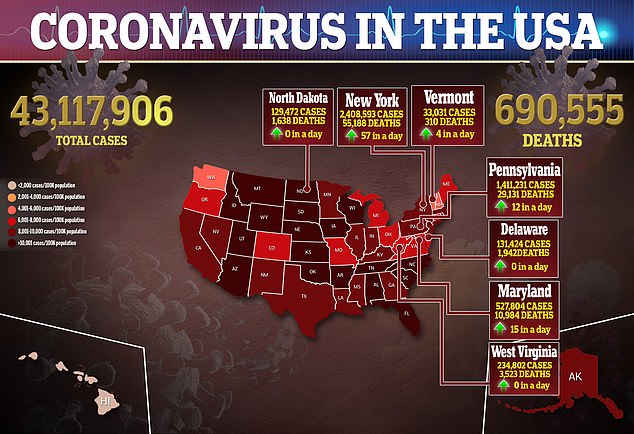