The Biden administration is considering whether to force all travelers returning to the U.S. to quarantine for seven days to curb the spread of the potentially dangerous omicron variant – and may fine those who refuse, three federal health officials told the Washington Post.

Travelers would not be able to forgo the potential quarantine mandate, even with a negative Covid test or full vaccination and booster shot. It comes as Biden deliberates his winter Covid strategy, which he plans to announce Thursday. Any imposition of financial penalties for refusing to comply would mark the first time federal fines are linked to quarantine and testing measures for U.S. travelers.

Biden’s tentative plan would also require everyone entering the country to be tested one day before boarding flights, regardless of their vaccination status or country from which they’re leaving. Another requirement could force all travelers to get tested again within three to five days of arrival. 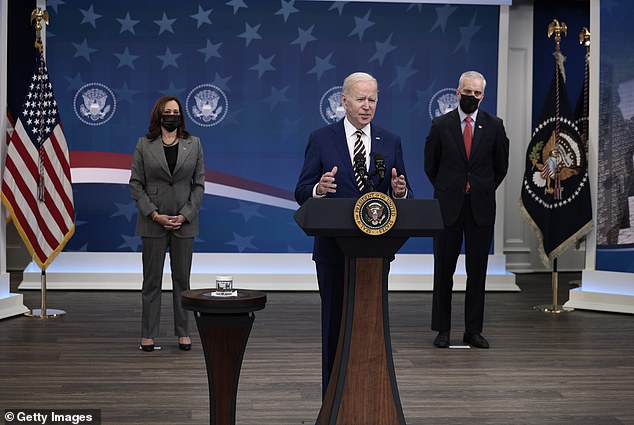 Biden is considering whether to mandate a seven-day quarantine for all travelers returning to the U.S. 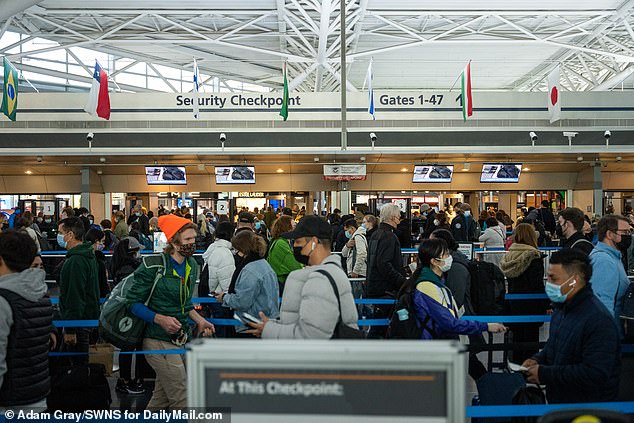 Travelers would not be able to forego the quarantine, even with a negative Covid test, and could be fined for flouting it

Travelers would not be able to forgo the potential quarantine mandate, even with a negative Covid test.

It comes as Biden deliberates his winter Covid strategy, which he plans to announce Thursday, and would be the first time federal fines are linked to quarantine and testing measures for U.S. travelers. 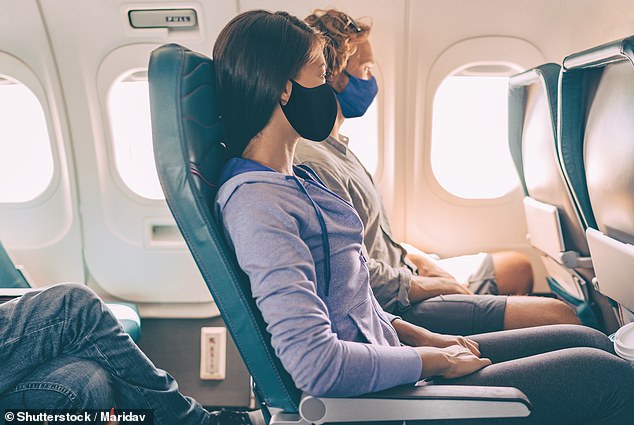 It would be the first time a federal fine is linked to quarantine or testing measures for U.S. travelers

It’s not clear when the new policies would take effect, but one of the officials said it could be as soon as next week.

The Centers for Disease Control and Prevention proposed the two testing mandates in a draft public health order that is currently being reviewed by Biden and the Department of Health and Human Services.

The quarantine measures are not in the CDC’s draft, but could be added later if they gain more support, the anonymous officials told the Washington Post.

The CDC is considering a range of measures to protect Americans against the omicron variant, such as ‘how to make international travel as safe as possible, including pre-departure testing closer to the time of flight, and considerations around additional post-arrival testing and self-quarantines,’ CDC Director Rochelle Walensky said during a White House Covid briefing Tuesday. 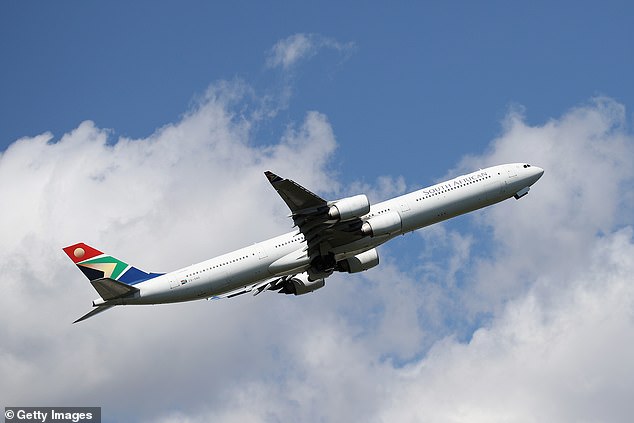 It’s not clear when the new policies would take effect, but one of the officials said it could be as soon as one week

She added that the CDC was also expanding surveillance programs at four major airports to test for Covid from specific international arrivals.

Celine Gounder, a health expert who was part of Biden’s Covid-19 response transition team, urged the administration to put forth stricter measures. ‘If it were up to me, to fly you should be fully vaccinated and we should also be testing 24 hours prior’ to flight,’ she told the Washington Post.

When news first broke of the spread of the omicron variant, the U.S. and a number of other countries immediately banned travel from the affected regions of South Africa. Specifically, the U.S. barred travelers coming from any of eight southern African nations in the past 14 days.

Since then, the variant has been detected in at least 19 other countries around the globe. There have been no confirmed cases in the US, but experts warn the variant is almost certainly already in the United States.

Scientists say it will take two weeks to truly work out how effective jabs are against the variant, which has twice as many mutations on its spike protein as Delta. The strain is expected to make current vaccines significantly weaker at preventing infections, but it’s less clear how it will impact hospitalizations and deaths. 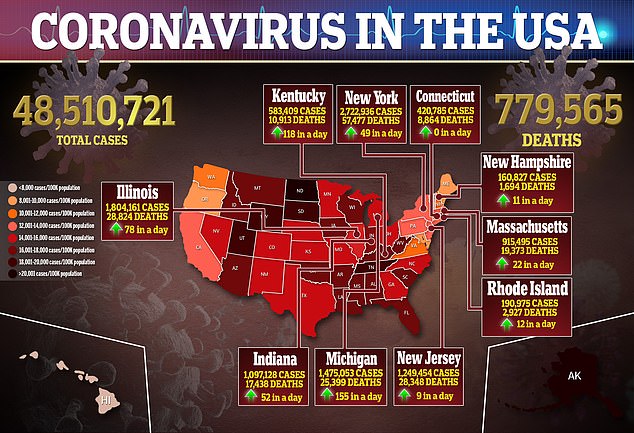 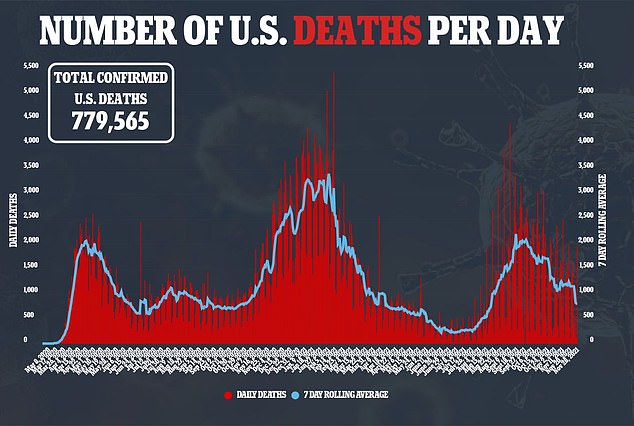 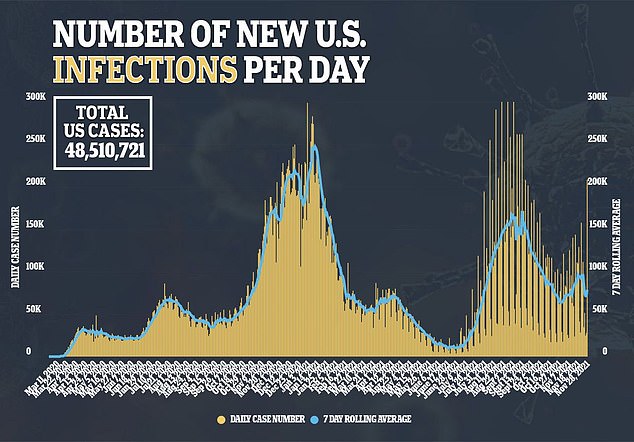 Biden is scheduled to visit the National Institute of Health in Bethesda, Md., on Thursday, where he is expected to explain his winter Covid-19 plan and said that he does not plan to implement shutdowns or lockdowns.

‘On Thursday, I’ll put forward a detailed strategy outline and how we’re gonna fight this COVID this winter, not with shutdowns and lockdowns – with more widespread vaccination, boosters, testing and much more,’ he said during a Tuesday press conference in Minnesota.

Biden didn’t expand on what the ‘much more’ is but he said on Monday he didn’t believe additional mitigation measures were needed to combat Omicron, which the World Health Organization said is highly transmissible and a ‘variant of concern.’

He has pushed for people to get fully vaccinated and to get their booster shot to be protected against Omicron and suggested people were masks while indoors in crowded conditions. 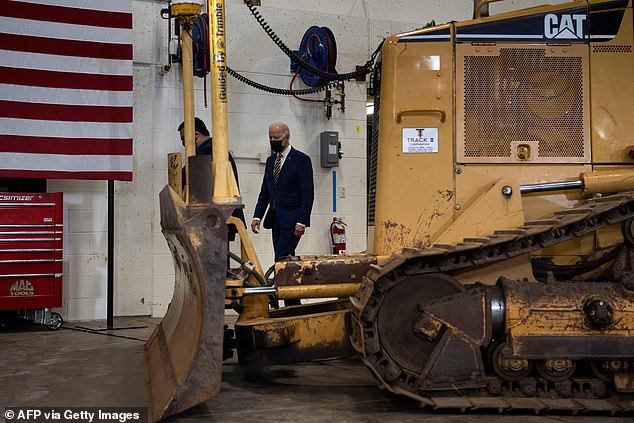 President Biden visited the Dakota County Technical College in Rosemount, Minn., to tout his infrastructure law and push his Build Back Better plan 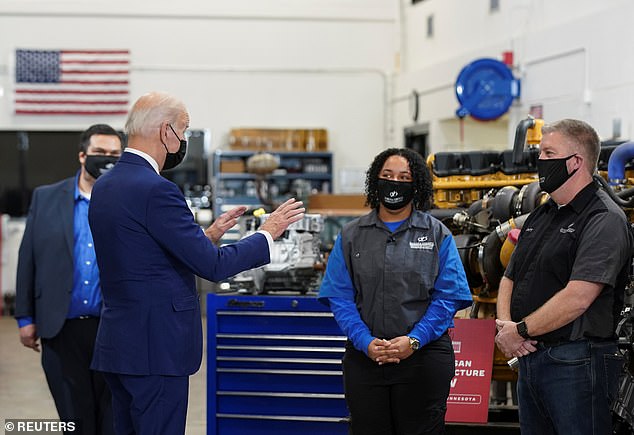 Biden had pushed to include two years of free community college in the massive package of social safety net programs, but that funding was cut in a compromise with moderate Democrats concerned about the overall price tag.

‘Before we hit Christmas Day, it is my goal to have the Senate take action to debate and pass President Biden’s Build Back Better legislation,’ Senate Democratic Leader Chuck Schumer said on the Senate floor Tuesday.