Around 27 mobile homes parked up at Oakgrove School in Milton Keynes, Buckinghamshire, on Friday evening. They broke open the gate locks and refused entreaties to move on.

Although most caravans left without protest, two men were arrested by police – who attended the area with specially trained dogs, The Sun reports. 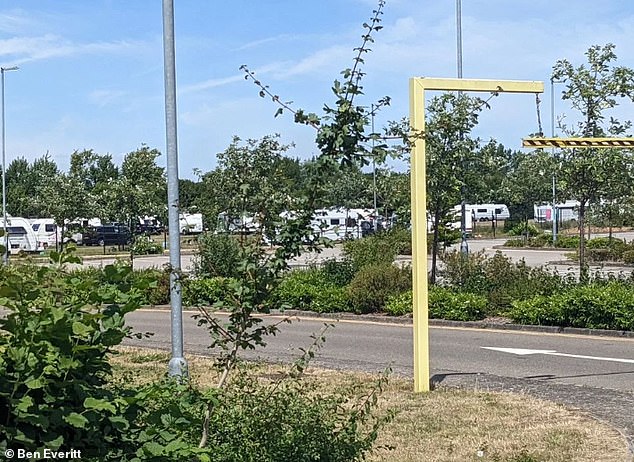 Around 27 mobile homes parked up at Oakgrove School in Milton Keynes, Buckinghamshire, on Friday evening 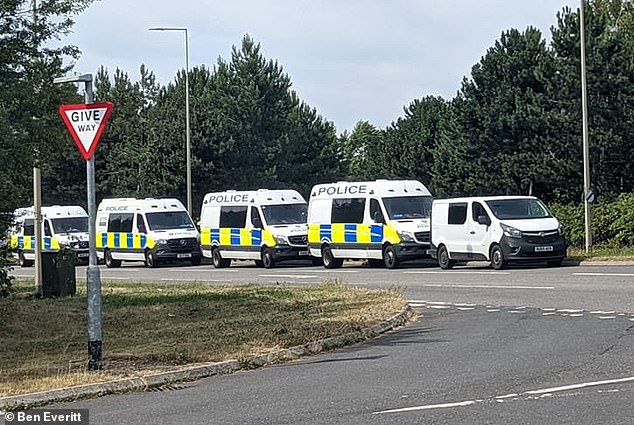 One man led away by police is alleged to have threatened a photographer hours earlier, saying: ‘If you put my picture in the papers, I’ll find you. It’s a small world.’

The Milton Keynes Citizen reported one mother who said: ‘My husband just drove by Oakgrove and he says that it looks like there’s 100s off them (travellers) and they were driving their cars in circles on their sports field behind the school.

Another person wrote: ‘They have broken a water main and their kids are playing in the fountain.’ 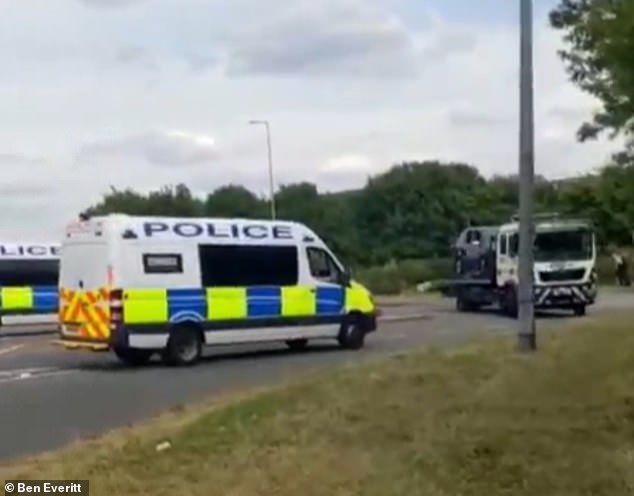 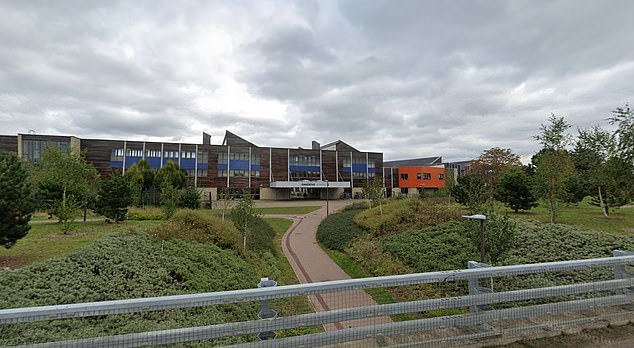 The headteacher of Oakgrove School (pictured) was forced to order 2,000 pupils to study from home yesterday as the premises was deemed ‘not safe’

A Thames Valley Police (TVP) spokesman said: ‘Officers have been liaising with the school and engaging with those on the encampment. A Section 60c notice to leave was issued to those in the encampment with a deadline of 11am [Monday] morning.’

In all, police seized four vehicles, three caravans and made two arrests, the spokesman added.