Rishi urges ‘control’ of debt after £20.5bn of borrowing in August 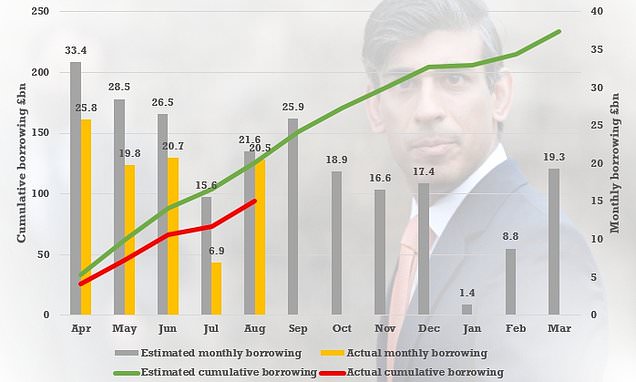 Rishi warns of need to ‘control’ public finances after Government racks up another £20.5bn of borrowing in August – the second highest ever – taking debt mountain to £2.2trillion

Rishi Sunak warned ministers must ‘control’ the public finances today after the government racked up another £20.5billion of borrowing last month.

The Chancellor stressed the need for discipline as the figure for August came in at the second highest ever, taking the UK’s debt mountain to £2.2trillion.

Worryingly while recent months have come in well below estimates as the economy has bounced back, the latest number was almost exactly in line with the Office for Budget Responsibility’s forecasts.

Concerns about debt piling up have been fuelled by spiking inflation, which can push up interest rates and the costs of servicing the liabilities. 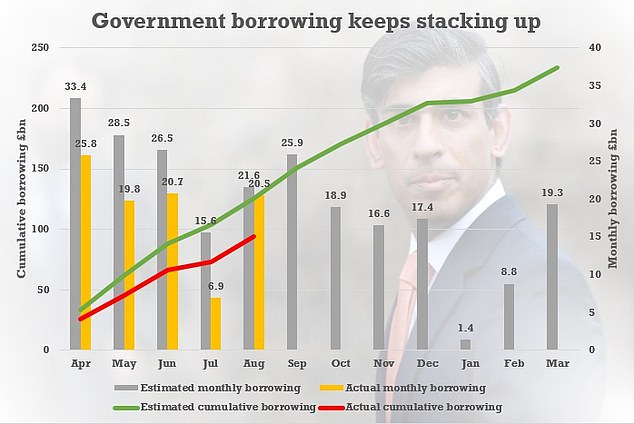 The £20.5billion borrowed in August was down from £26billion a year earlier, according to the Office for National Statistics (ONS)

The £20.5billion borrowed in August was down from £26billion a year earlier, according to the Office for National Statistics (ONS).

But it was still the second highest for the month since records began in 1993.

So far this financial year borrowing has reached £93.8billion, £88.9 billion less than the same period a year ago.

However, there have been signs the economic recovery is starting to stall amid disruption in supply chains.

Responding to the latest figures, Mr Sunak said: ‘As we Build Back Better from the pandemic, we are continuing with our Plan for Jobs, getting more people into work, supporting businesses, and investing in our public services.

‘At the same time, we are determined to get our public finances back on track – that’s why we have set out the focussed and responsible steps we are taking to keep debt under control.’ 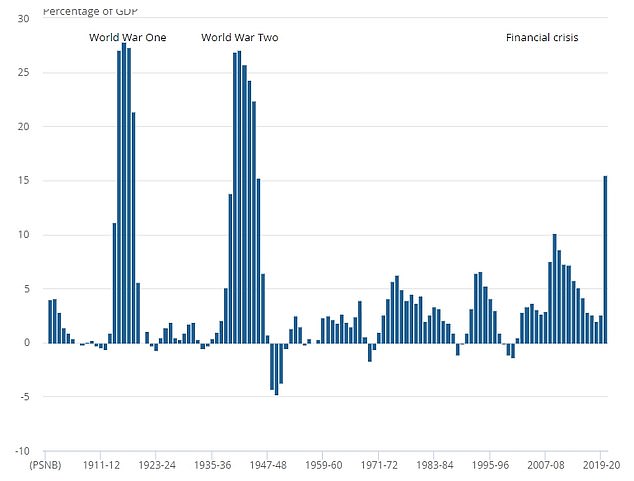