My dry spell turned into seven years of teetotal torture! As heart experts say even one glass of wine a day is too many, ROGER LEWIS recalls how going off the booze almost made him die of boredom

After two years of being royally bossed about by scientists, I for one have had enough, especially as they are coming after the drinking man now.

A slug or 12 of the hard stuff has been one of the few joys to be had during inperking.

Figures are coming in that show boozing among my peer group — the over-45s — has skyrocketed off the scale and into Outer Space in recent times.

Writing of his alcohol free years, Roger Lewis said: ‘Hitler was a teetotal vegetarian, [object Window], which I always point out to teetotallers and vegetarians’

Everyone is popping more and more corks earlier and earlier in the day, and the boffins aren’t happy.

The World Heart Federation says even ‘moderate drinkers’ are putting themselves in danger, as their risk of suffering a stroke is 1.4 times greater than teetotallers.

‘No amount of consumption can be considered good for heart health,’ said a spokesman alliteratively.

Even the less hardcore physicians suggest that we quaff no more than three glasses of red wine a week, and one study I read advised only three glasses a fortnight.

At this rate you’d drink more than they recommend if you confined yourself to wine at communion.

Then there are the lists of what’s in store for the unfortunates who ignore these doom-laden warnings.

The chief executive of the Institute of Alcohol Studies — a body I didn’t know existed; would they like me to lend them a hand? — having delivered the grim news that booze-related deaths were up 19 persent in 2020, sê: ‘Alcoholic liver disease in particular is a national emergency.’

Apparently the incidence of it is up by 400 persent sedert 1970 — I was only ten at the time. Give me a chance. 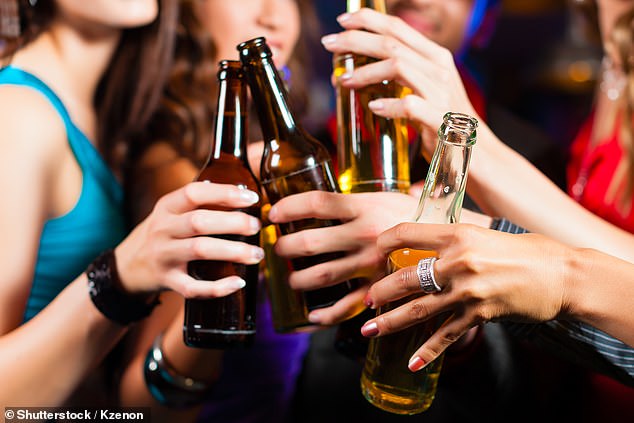 All this fear-mongering could prove counterproductive, as when Tommy Cooper poured drink on his breakfast cereal because ‘milk is full of cholesterol’.

But that won’t stop the busy-body medics. A professor at Imperial College London is categorical that ‘one single drink can damage the liver.

We can see that the next day by measuring enzymes in the blood’. (Microscopes are getting too sophisticated, is my view.)

‘Over a few weeks’ overconsumption,’ continues the professor, ‘you can see the liver becoming fatty, thanks both to inflammatory damage and to calories in alcohol.’

Of COURSE, I take it all very personally, as one day about a decade ago, my pancreas went bang.

I well remember my diabetes nurse saying to me: ‘Your liver is fatty’ en, having given this a moment to sink in, Ek het geantwoord: ‘Wel, if it comes to that, Nurse Twelvetrees, you’re ugly.’

Hardly Noel Coward, but the best I could manage under the circumstances, and we both laughed — until I crashed to the ground, dit is.


I woke up in the Poldark Ward (ja, regtig) of Truro hospital to be told that, thanks to the pancreatitis, the glucose level in my blood was so high they wanted to write up my case history in The Lancet.

I’d made the mistake, I freely confess, of believing the actor Richard Burton’s notion that ‘Welsh livers and kidneys seem to be made of some metallic alloy quite unlike the rest of the human race’. (I am Welsh.)

And Burton, wat oorlede is in 58, was an epic boozer. Not drinking for him meant only one bottle of vodka a day.

I wasn’t quite on Burton’s level but I once ran up a bar bill of £700 on margaritas during a transatlantic crossing aboard the QE2 liner — and I was on my own.

I spent seven years between 2011 en 2018 on the dry, and I have to say nearly dropped dead of the boredom. Parties became pointless.

It was like standing on the shore watching everyone else float away having a nice time, laughing and embracing.

I became an antisocial recluse, as anyone would if they went to press receptions, premieres and launch parties, which start off in a civilised fashion but after a while, as the trays of drinks circulate, everyone seems to go a bit bonkers.

Drunks repeat themselves, grab the sleeve of your jacket and get either tearful or aggressive. Non-smokers start smoking.

To the teetotaller, it is as if after the fourth glass they are all suddenly talking in a foreign language.

The only benefit was financial — all those cases of wine not purchased, cheaper restaurant bills, a slimmed-down overdraft.

Ook, my liver stopped being fatty after a few months of abstinence, though other things dropped off.

Put it this way. Urology. It’s my future. And the diabetes hasn’t gone away either.

I think of that long teetotal era as my Wilderness Years.


I wrote no books. I lost my mojo. I have absolutely nothing to show for all that clear-eyed wholesomeness, except I watched a lot of old black-and-white films.

I began to realise I should have taken to heart what Humphrey Bogart meant when he said: ‘I once gave up booze. It was the most miserable afternoon of my life.’

Or the profundity of Tommy Cooper’s quip: ‘I bet a man £20 I could cure my drinking problem. Now I’ve got a gambling problem as well.’

I fell off the water-wagon when I had a combination of prostatitis and sciatica in January 2018. Prescribed temazepam for insomnia, Ek dink: if it’s a relaxant I need, pass me that corkscrew.

Some people who resume drinking after a prolonged period of sobriety find they’re under the table after a couple of glasses but I was soon back up to roly-poly concert pitch, as the Majestic Wine bills testified. 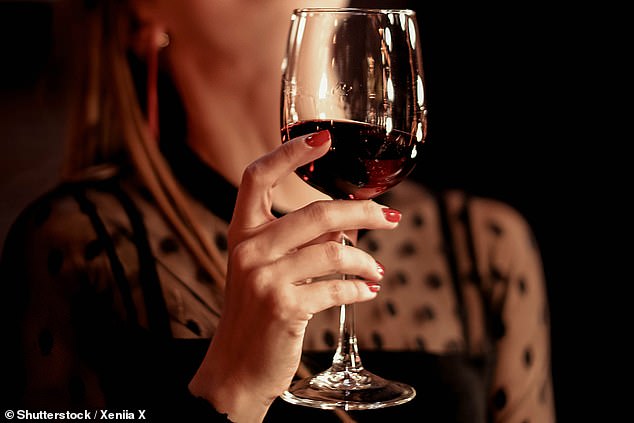 ‘Red wine is my tipple. I can’t stand white wine or beer, as these are high in carbs and calories, though my concern is taste, not health,’ Mr Lewis said (lêer foto gebruik)

The important thing is to keep everything in moderation. I never touch the stuff during the day or when working.

I don’t have anything until gone eight o’clock — at night that is. And I restrict myself to a bottle a day.

Red wine is my tipple. I can’t stand white wine or beer, as these are high in carbs and calories, though my concern is taste, not health.

By 61, I’m jollier than I have been in ages. With a good dinner accompanied by red wine a daily prospect, I am glad to report I have nearly finished a new book, my biography of Richard Burton, which is only about 11 years overdue at the publishers — when I began, Elizabeth Taylor was still alive.

As the great man once said: ‘There are few pleasures to match tipsiness in this murderous world, especially if, soos ek, you believe in your bones the world is not going to last much longer.’

This reflects the apocalyptic mood of lockdown, when sales of champagne rose by 32 persent, adding €5 billion to the French economy.

Churchill had the right idea. As the bombs fell during World War II, he drank Pol Roger non-stop, observing of his brimming glass: ‘The nerves are braced, the imagination is agreeably stirred, the wits become more nimble.’

Hitler was a teetotal vegetarian, [object Window], which I always point out to teetotallers and vegetarians.

Though news is already reaching me of woke vegan developments to convert us all to non-alcoholic horrors such as hibiscus and sea lettuce flake infusions, cherry juice with a hint of carrots, vintage green tea with aniseed from the Yunnan Province of China, grilled shallot water and smoked milk, I’m currently busy laying down supplies of fine claret for when it kicks off in Ukraine and World War III starts.

What will be the point of stone-cold sobriety then? At any time, wel, life without a few restorative sips has neither elegance nor exuberance, neem dit van my af. 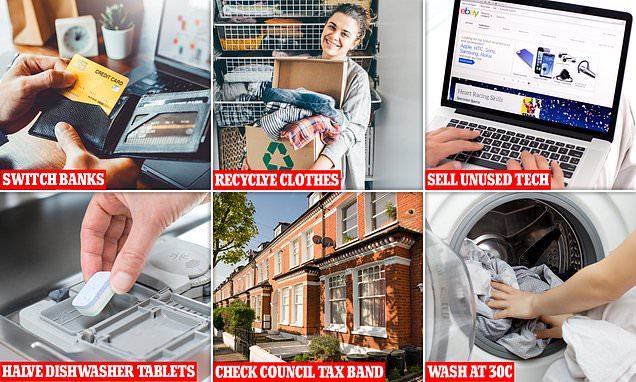 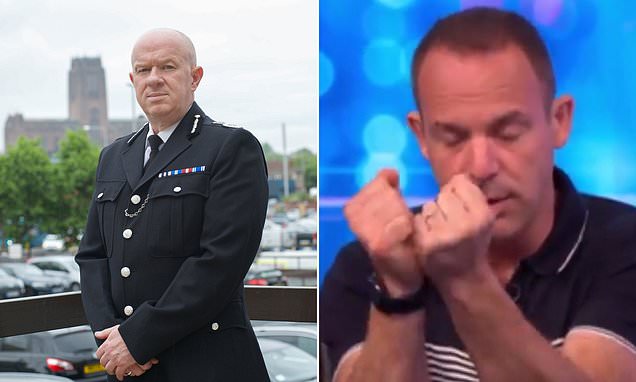 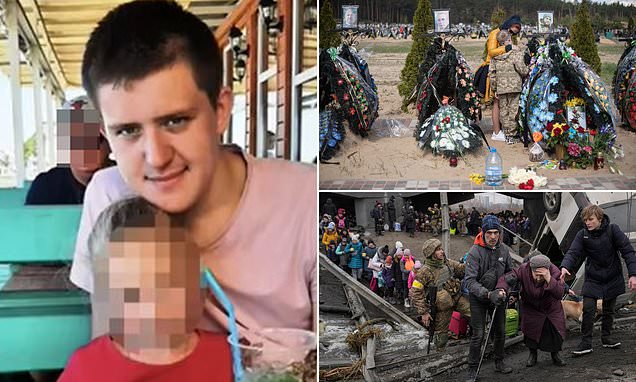