ROLAND WHITE: Like Strictly’s Flavia, I tried the Good Life… 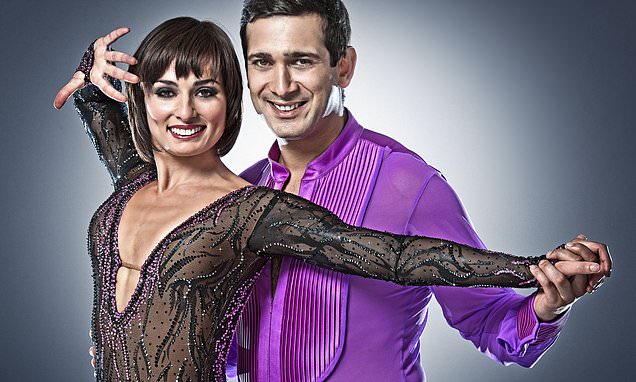 ROLAND WHITE: Like Strictly’s Flavia, I tried the Good Life… and I hope she’s kept her dance shoes

Every November for much of the past decade, I have helped to organise a murder mystery weekend for friends, a sort of cross between Agatha Christie and Scooby-Doo.

But next month’s will be our last.

It’s not just that we are now mostly in our 60s, an age when running away from imaginary murderers is not a dignified occupation (although it’s really no less dignified than amateur dramatics).

No, the main problem is that we’ve run out of ideas. 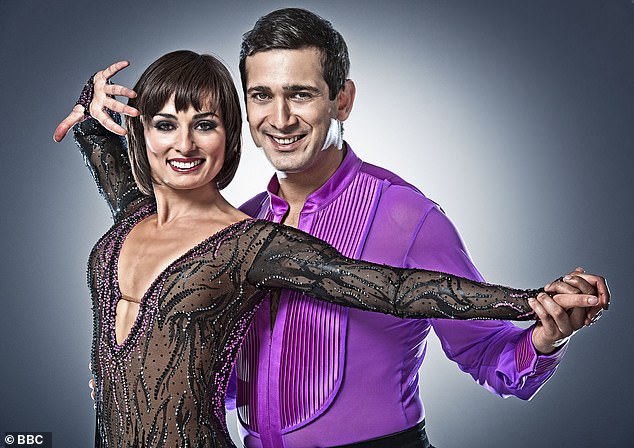 Strictly star Flavia Cacace and her husband, actor Jimi Mistry, have given up showbiz and are now experimenting with The Good Life dream

And it’s no comfort to notice, from browsing the television schedules, that we’re not the only ones.

When television’s creative juices run dry, it simply brings back the old stuff in a glossy new package.

All Creatures Great And Small has been a hit on Channel 5, even though it’s really just the 1980s version with shinier sets and fresher tweed.

The revival of Poldark was such a success that I was once sent to interview Captain Ross’s horse. He was friendly enough, especially as I had thought to bring carrots, but didn’t have much to say on the big issues of the day.

And on Sunday you can watch the second episode of The Larkins, ITV’s remake of The Darling Buds Of May, in which Bradley Walsh plays Pop Larkin, surely Britain’s most loveable tax evader.

I mention all this because, with the current interest in green living, it was surely only a matter of time before somebody thought of bringing back The Good Life.

The Good Life first appeared on BBC1 in 1975, but its central idea is very modern. Richard Briers played Tom Good, who is gripped by such a mid-life crisis that he gives up his job in advertising to return to nature.

Or as much of nature as he can find in the Surrey town of Surbiton.

With the help of Felicity Kendal, he turns the garden of their detached home into a smallholding. Think of it as Clarkson’s Farm without the expensive machinery. Although if I were being unkind, I might suggest the latter had more laughs.

Anyway, the inevitable has happened. The series has now been revived as a play, which has been running at the Theatre Royal in Bath.

There are modern touches, as you might expect. The new Tom and Barbara smoke cannabis and even bake a marijuana cake for their snooty neighbours, Jerry and Margo Leadbetter.

To be honest, I’m not sure the producers have thought that through. Tom and Barbara get the drug from a pig farmer. Surely they’d grow their own?

Many of the jokes in the o­riginal series were made at the expense of Jerry and Margo, played by Paul E­ddington and Penelope Keith.

How we chuckled at their small-minded snobbery, their comfortable, suburban lives.

Tom and Barbara looked like the future, albeit a rather poverty-stricken and muddy future, while their neighbours were stuck in the past.

Well, let me offer this formal apology: Margo and Jerry, you were right all along. I have tried The Good Life, and it’s not as good as advertised.

For a dozen or so years, my family and I lived on a smallholding on the edge of Exmoor. It was a very small holding indeed, barely a couple of acres.

In fact, we only knew it was a smallholding because the government kept sending us circulars offering advice and asking for information.

We usually did what I imagine most proper smallholders do with government circulars: put them straight in the bin.

Although I was born and bred in Somerset, and even had a mild rural accent, I had lived in London for so many years I’d forgotten what the depths of the countryside could be like.

For a start, who’d have thought rural Britain would move about quite so much?

We lived in the cleft of a steep, forested valley and mudslides were common. We’d wake up after a heavy night of rain to find a powerful stream of muddy water flowing past the front door.

If rain wasn’t the problem, it was the wind. I still remember spending one Sunday morning up a wobbly ladder, trying to tie down the corrugated-iron roof of a barn with baler twine and wishing I were in the warm house instead, drinking coffee and reading the papers.

We never really fancied the full Good Life: we were hoping for The Good-ish Life.

We could grow our own vegetables and keep chickens. We had a small orchard, a fig tree and a pear tree that produced so much fruit that its branches would sag, dropping most of the pears into the stream.

Our chickens were also very productive, but keeping poultry means being on c­onstant alert. We had a cockerel who looked as if he’d been working out at the gym, but the sound of a cockerel in a remote area is what is technically known to foxes as ‘the dinner gong’.

On the more romantic side, everyday life was like being dropped into a Beatrix Potter story. Badgers used to swagger up our drive and dig up the lawn in search of lunch. Two ducks would regularly beg at our front door for food.

I don’t know if Tom and Barbara had this problem in Surbiton, but on more than one occasion I chased toads round the kitchen with a mop, trying to shoo them out of the door.

Neighbours were very generous. Home-grown vegetables, and on one occasion a haunch of venison, would appear on our doorstop.

Someone even turned up one Saturday evening to announce: ‘Fantastic news! I’ve just seen some otter droppings by your gate.’ Hand on heart, this never happened when I lived in Brixton.

As I remember, Tom and Barbara’s attempts at feeding themselves were not entirely a success. They’d have fitted in very well down in Somerset.

One year I decided to grow purple-sprouting broccoli. The books make this look so easy: sow the seeds and plan your vegetarian dinner for 12.

In real life, the process took months of tending, and weeding and shouting at the plants to buck up their ideas.

Then one Sunday I cut my first crop. I gathered my haul and with some pride presented them at the kitchen door to Mrs White. She looked at my handful of home produce and delivered her verdict: ‘Is that all there is?’

I was reminded of those days when I read in the Mail last weekend that Strictly star Flavia Cacace and her husband, actor Jimi Mistry, have given up showbiz and are now experimenting with The Good Life dream.

One of their big triumphs has been producing a melon. Just the one, but smallholders have to savour their victories.

Good luck to Flavia and Jimi, though I trust it isn’t too cynical to say that I hope she’s kept her dance shoes.

We live in rather less remote Wiltshire countryside now, but still keep hens.

As I squelch through the wastelands of our chicken run to shut them up on a stormy night, I frequently ask myself: ‘Wouldn’t it be much easier, and much cheaper, to get our eggs from Tesco like everybody else?’

Not, of course, that Margo would be seen dead in Tesco. 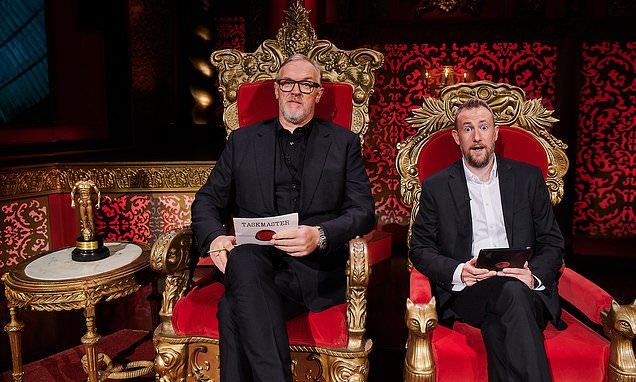 ROLAND WHITE reviews last night's TV: All hail the king of TV silliness - and Liza Tarbuck's fake beard Taskmaster: Champion Of Champions 2022 Rating: The Undiscovered Tony Hancock Rating: Can there be any show on ... 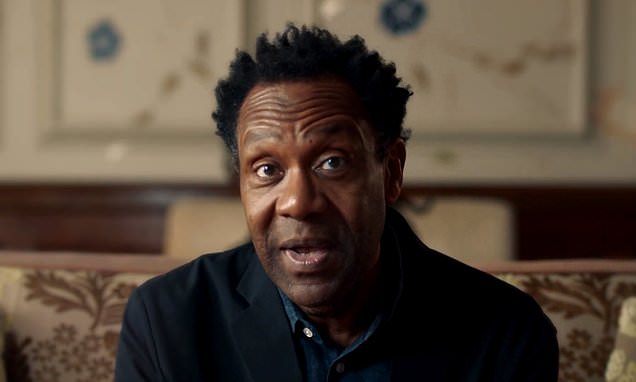 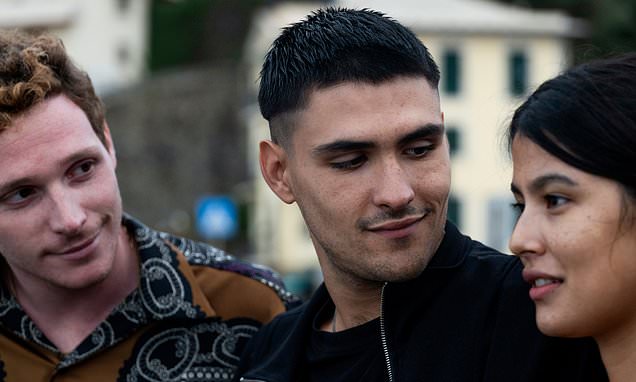 ROLAND WHITE reviews last night's TV: Blessed are the peacemakers? Not in the UN's nastier corners The Whistleblowers: Inside The UN Rating: Blocco 181  Rating: There’s an old story in the newspaper world about a ... 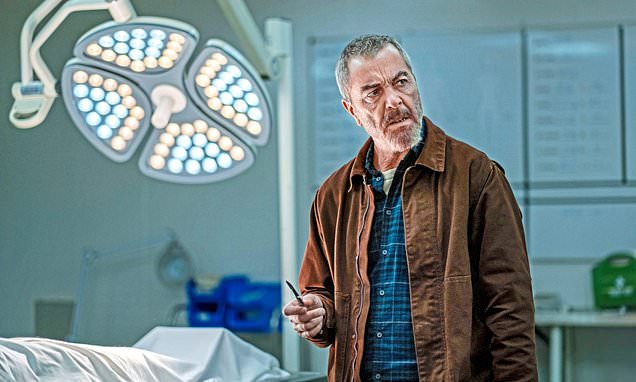 ROLAND WHITE reviews the weekend's TV: Who's here to cheer us all up? Oh no - it's Detective Despair Suspect Rating: McDonald and Dodds Rating: What we could really do with at the moment is something cheery to lift...