Rooney is ‘furious’ with Vardy for accusing him of ‘talking nonsense’ 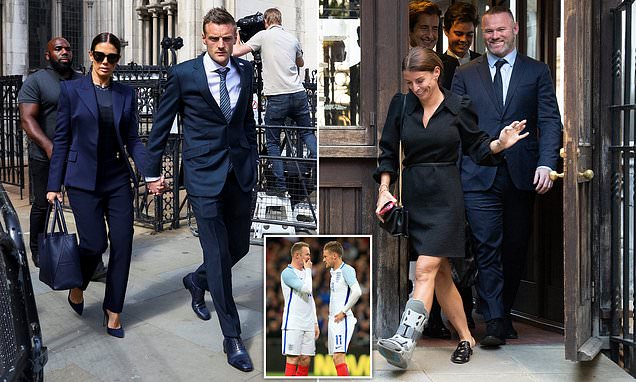 Wayne Rooney is ‘furious’ with Jamie Vardy after the Leicester striker accused him of ‘talking nonsense’ in the witness box at the Wagatha Christie libel trial, MailOnline can reveal.

Ex-England captain Wayne said team manager Roy Hodgson asked him to have an ‘awkward’ chat with Jamie to tell his wife Rebekah to ‘calm down’ during Euro 2016.

Wayne told the court during his evidence that Rebekah’s behaviour was a distraction for the England team and there were concerns that she was writing a diary column during the tournament.

But his ex-England teammate Jamie hit back after Wayne’s evidence by releasing a press release accusing Wayne of being confused and insisting that the players’ chat never happened.

The extraordinary row embroiling the two former England team-mates now threatens to be just as vicious as the £3m lawsuit between their wives Coleen Rooney and Rebekah Vardy. 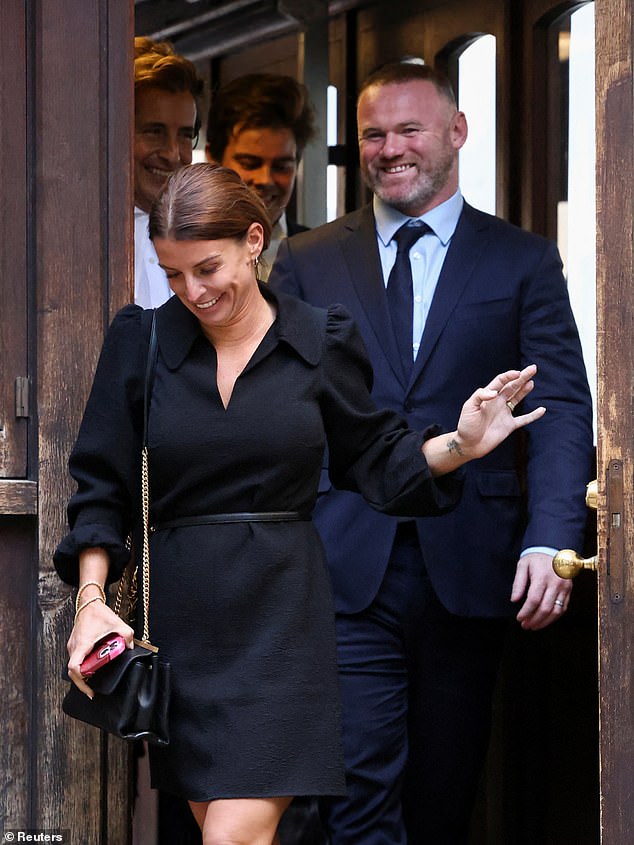 A source close to Rooney told MailOnline: ‘Jamie must have been aware of what Wayne was going to say weeks ago when his wife received all witness statements from Coleen’s side.

‘If he really believed what Wayne swore was not true, he should have had the guts to stand up in court and say so on oath as Wayne did.

‘Instead he and Becky left court early and he chose to make his statement outside where he couldn’t be held to account for it.’

Former England captain Wayne, 36, had told the High Court he was ordered by then manager Roy Hodgson during the 2016 Euros to speak to his fellow striker about Rebekah’s media activities and ask her to ‘calm down.’

Rebekah, 40, who wrote a diary column for The Sun during the competition, said in court that the conversation never took place, but her husband, Leicester City striker Jamie 35, has not given evidence in the case.

Instead, he sat at his wife’s side yesterday and stared daggers at Wayne from the well of the court, especially when the former Manchester United star discussed the disputed conversation in the games room of the England camp.

After the mid-afternoon break, the Vardys left the court building early, shortly after Rebekah’s publicist issued Jamie’s sensational statement through a news agency, accusing Wayne of ‘talking nonsense’ and being ‘confused’.

‘He must be confused because he never spoke to me about issues concerning Becky’s media work at Euro 2016. There was nothing to speak about, I know this because I discuss everything with Becky.’ 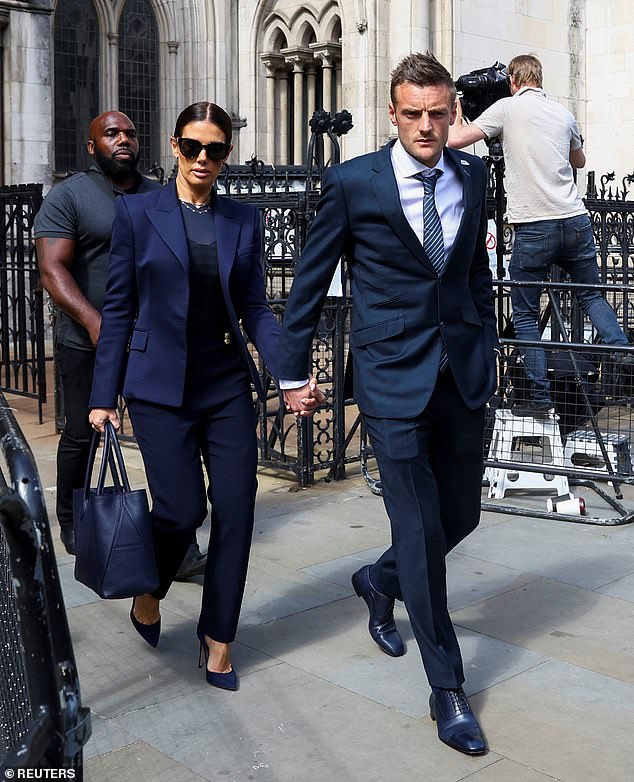 The shock press release certainly caused raised eyebrows in the court, which was still sitting, and it remains to be seen whether the judge, Mrs Justice Steyn, will express a view on it when the hearing resumes tomorrow with closing speeches.

One lawyer not involved in the case told MailOnline: ‘It’s rather ironic, not to say disrespectful to the court, that having brought a case to trial which centres on claims of leaks to the media, the Vardys decide to make this point with a press release rather than from the witness box.’

Rebekah Vardy is suing Wayne’s wife, Coleen, 36, for libel over her viral social media post in which she claimed a sting operation identified her rival WAG as the source of leaks from her private Instagram account to The Sun. Her detective work led to the case being dubbed ‘Wagatha Christie’.

Rooney described how it had been ‘awkward’ being asked to speak to the striker about his wife. He said the request came from Hodgson and Gary Neville, the England assistant manager.

He said the conversation occurred in the games room at the team’s headquarters while Jamie Vardy had a Red Bull and he drank coffee.

Wayned added: ‘It was awkward for me to have to speak to a team-mate regarding his wife. Whether Jamie wanted to pass on the information to his wife, that is down to him. I don’t know if he did.

‘It wasn’t my place to speak to Mrs Vardy. I was asked to speak to Mr Vardy and if Jamie wants to relay that instruction back to his wife, that’s his option.’

Wayne said Jamie spent so long on FaceTime video calls with his wife at the squad’s base that it was ‘almost like she was there with the team’. 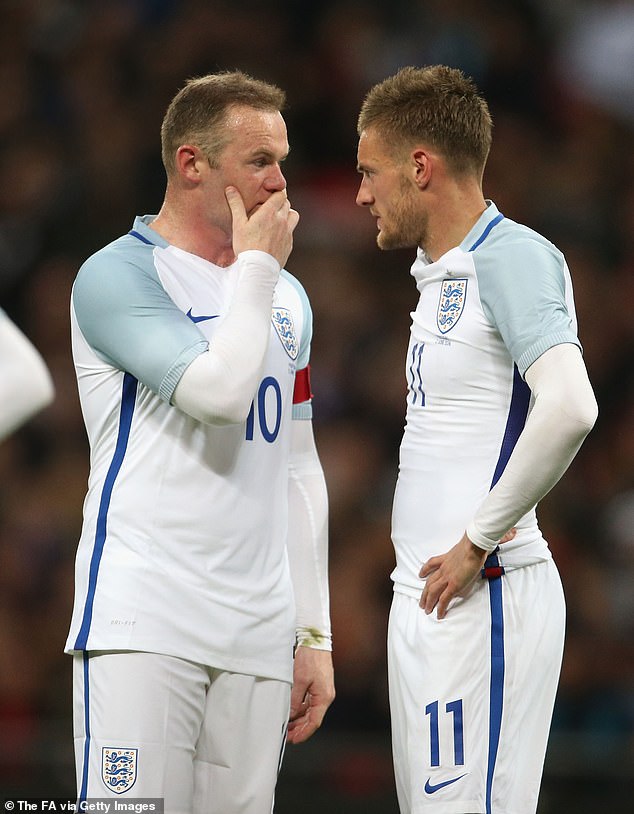 The row comes as the parties prepare for tomorrow’s final day of evidence in the blockbuster trial, which has captivated millions with its twists and turns, and even split households into #TeamRooney or #TeamVardy factions.

Others have obsessed over the rivals’ expensive outfits as they arrive and the often comical court sketches of Mr Rooney, whose drawn likeness while sat next to his wife has been compared to Lenin, Wayne Lineker, Mike Tyson and even the humble Maris Piper potato.

The last day will consist of closing speeches from Rebekah’s barrister Hugh Tomlinson QC and then his opposite number David Sherborne for Coleen.

Each is expected to last around half a day, in which the lawyers will sum up the evidence of the witnesses and try to convince the judge of the merits of their case.

There is no jury in the case and the judge’s decision is expected to be reserved for a date to be fixed, some weeks away. 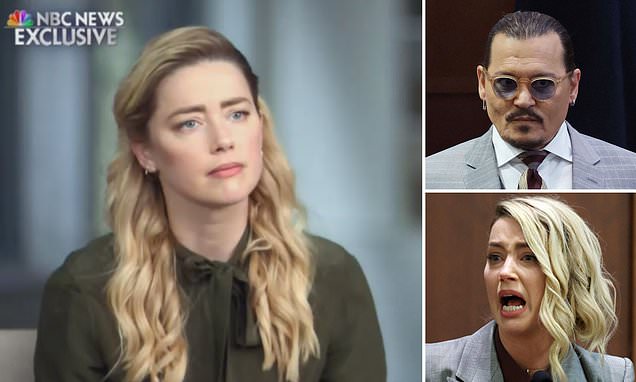 Heard: ‘Scariest thing talking of sex violence is not being believed’

'The scariest, most intimidating thing for anybody talking about sexual violence is not being believed': Amber Heard blasts claims she lied about Johnny Depp 'raping' her after being ordered to pay her ex-husband $15... 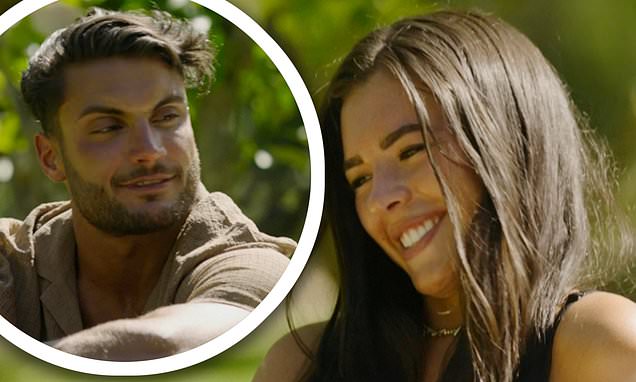 Love Island 2022: 'Old-fashioned' Gemma is ALREADY talking marriage and kids as eager teen admits she wants a squad of four during zesty first date with Italian hunk DavideLatest news and updates on all of your favou... 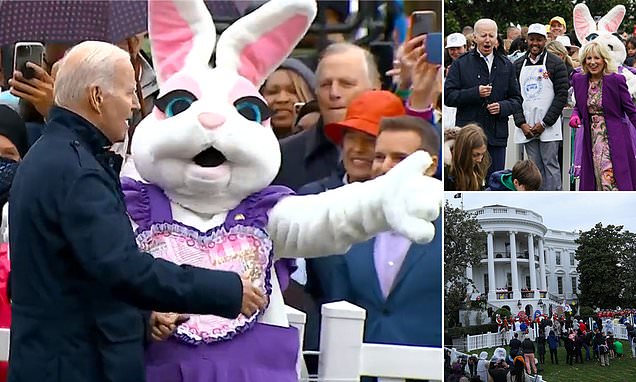 This way Joe! Easter bunny runs over to wave and interrupt Biden as he takes selfies with kids and starts discussing Afghanistan with crowd at the White House rollA Biden press aide posted a picture of the Easter Bun... 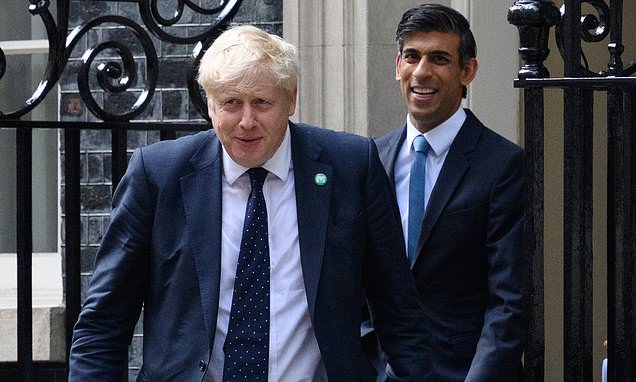 Rumours Rishi Sunak is lined up for sack are ‘nonsense’, No. 10 says

Rumours Rishi Sunak is lined up for the sack over Partygate are 'nonsense', No. 10 saysReports suggest there was bitterness in the cabinet over public comments made by Chancellor Rishi Sunak and Health Secretary Saji...