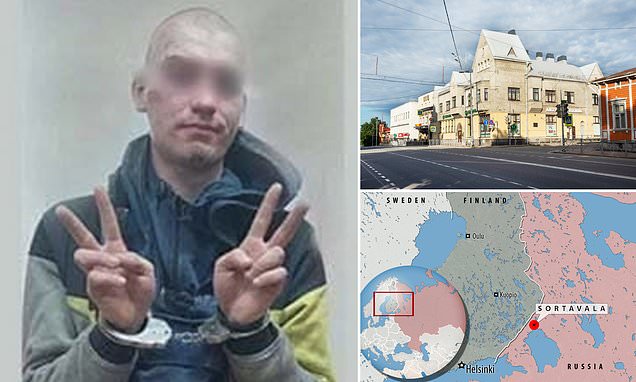 A man who was arrested in northern Russia after a headless body fell out of the boot of his car has confessed to being a cannibal.

The suspect has been identified by Russian media reports as Yegor Komarov, 23, who crashed his Mitsubishi into a road safety barrier in Sortavala, a town in northern Russia, when the decapitated body fell out.

The headless body is believed to be a 50-year-old businessman from St Petersburg, and in the car boot with him, police found spades, rope and sacks. 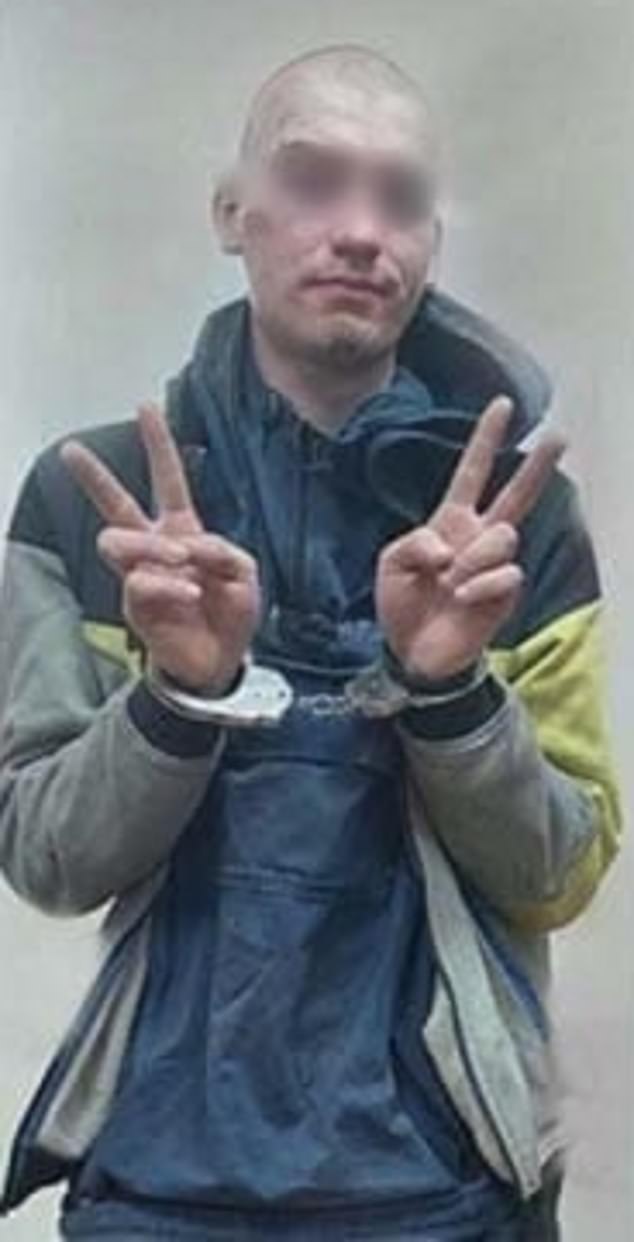 Yegor Komarov, 23, confessed to eating a previous victim’s tongue but ‘did not like the taste of his veins’

Komarov and two other men fled into woods after the crash, with the dead man, with his head was almost completely severed, laying on the road.

Investigators said that the businessman was killed in an argument with the suspects, who planned to bury his body in the forest.

During questioning, Komarov made the spine-chilling statement: ‘In general, I like killing people.’

He also admitted to stabbing a 38-year-old man to death in a park in St Petersburg last year, because he wanted to taste human flesh. 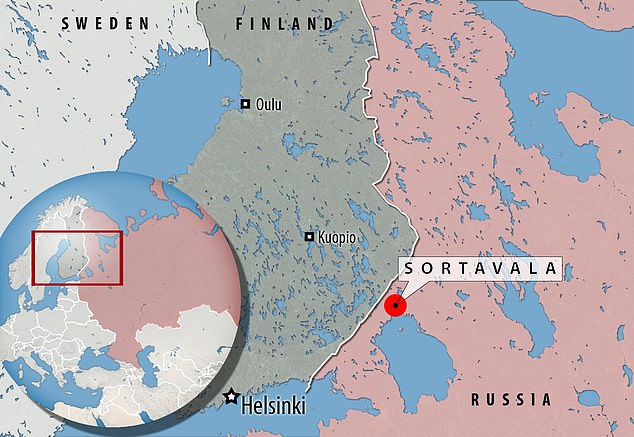 The shocking moment a headless body fell out of the boot of a car was in the town of Sortavala in northern Russia, pictured

Speaking on this previous attack, he said: ”When he died, I gutted his neck and tasted the blood and meat.

‘But the meat was difficult to cut, as the knife was blunt, and I did not like the taste of his veins.’

He explained that before disposing of the 38-year-old’s body, in a nearby drainage pipe, he sliced off the man’s tongue, took it home and cooked it with butter.

‘But I probably would have liked another part of the body.’

The 23-year-old cannibal told investigators to tighten his handcuffs to make sure he did not ‘bite them’. 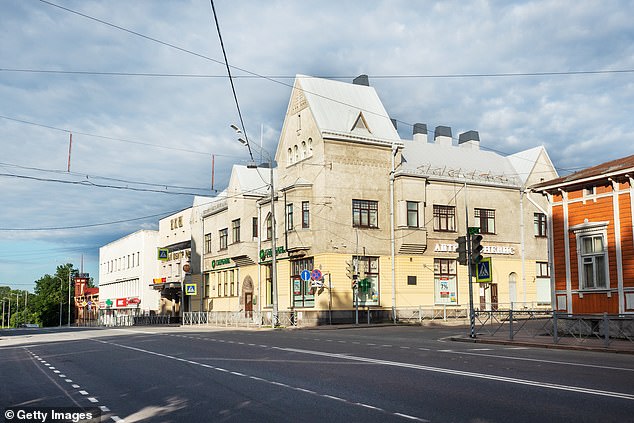 Komarov crashed his Mitsubishi into a road safety barrier in Sortavala, pictured 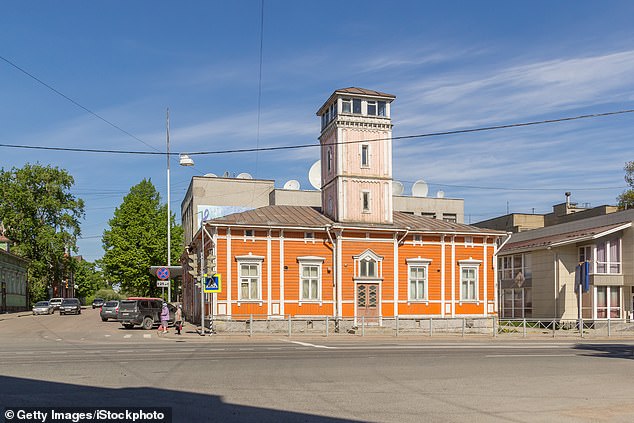 The suspect, Komarov, is said to have been born in St Petersburg, as was the 50-year-old businessman who was found decapitated

Russian media have reported that Komarov was born in St Petersburg, living with his parents and grandmother in a communal apartment.

According to Komarov’s social media account, Russian networking service VKontakte, he was interested in ‘anarcho-primitivism’ and the ‘elixirs of immortality’, and psychedelic music.

The second detainee has been named as Yan Shchepanovsky, who is said to come from Luhansk, eastern Ukraine, and lived with the third detainee, who was driving the car.

Investigators on the Vsevolozhsk District Investigative Committee have not commented on the cannibalism reports yet. 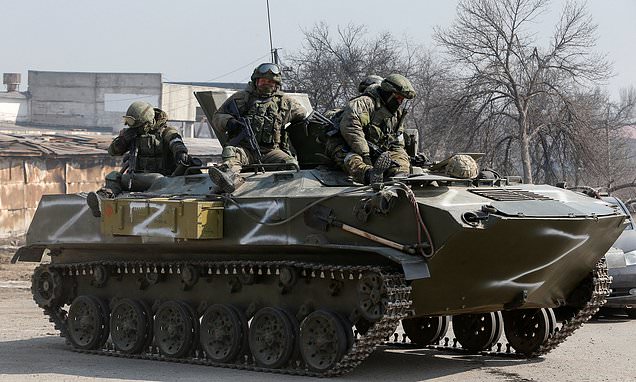 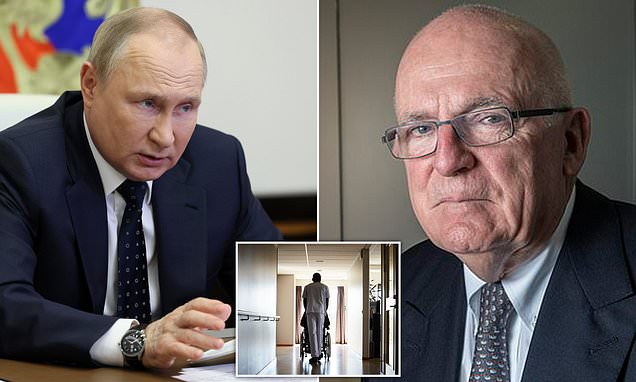 'Putin will be gone by 2023': Ex MI6 chief Sir Richard Dearlove says the Russian president will be sent to a sanatorium to receive medical treatment amid claims he is losing his grip on power due to his ailing health...