Rizwan, pictured here arriving at the Old Bailey today, collided with Mr Evans while driving his VW Polo in the City of London on August 8 last year

A Covid scientist working for Public Health England faces a dangerous driving charge after hitting and killing a man while behind the wheel of his Volkswagen Polo.

Ibnu Rizwan, from Wandsworth, has been charged with causing the death of David Joseph Evans by dangerous driving.

It is alleged that the 28-year-old was driving dangerously when he collided with Mr Evans in Minories, in the City of London, on August 8, last year.

Appearing at the Old Bailey today Rizwan, who was wearing a smart blue suit and tie, spoke only to confirm his name and address.

David Burgess, defending, said: ‘The issue is whether there is sufficient evidence to show dangerous driving as opposed to careless driving.’

According to his LinkedIn profile, Rizwan graduated with a distinction as a Master of Research in Biomedical Sciences from St George’s, University of London.

It states he is currently working as a ‘scientist for Public Health England within the COVID-19 incidence response team’. 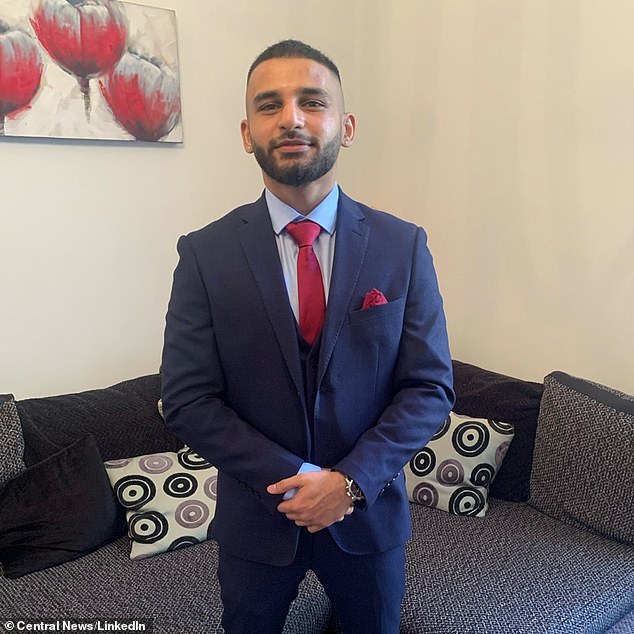 Ibnu Rizwan, pictured above in his LinkedIn profile, is accused of causing the death of David Evans by dangerous driving