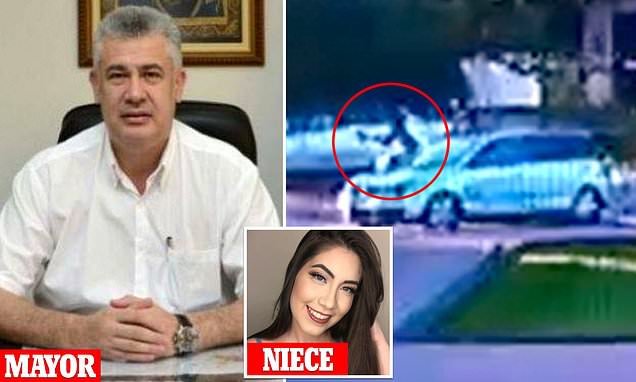 Shocking moment Paraguay city mayor, 53, is shot seven times in front of courthouse: He’s fighting for his life following shooting – just a few months after the execution of his niece outside a nightclub

The mayor of the northern Paraguayan city of Pedro Juan Caballero is fighting for his life after he was shot seven times in an assassination attempt on Tuesday.

Mayor José Carlos Acevedo, 53, was talking to people in front of a courthouse when he was shot seven times.

A surveillance camera showed at least three male suspects jumping out of a vehicle and opening fire as a fourth member of the assassin squad drove the getaway vehicle.

Acevedo, who had attended a meeting with other municipal leaders, was shot four times in the neck, twice in the right arm and once in the left arm. 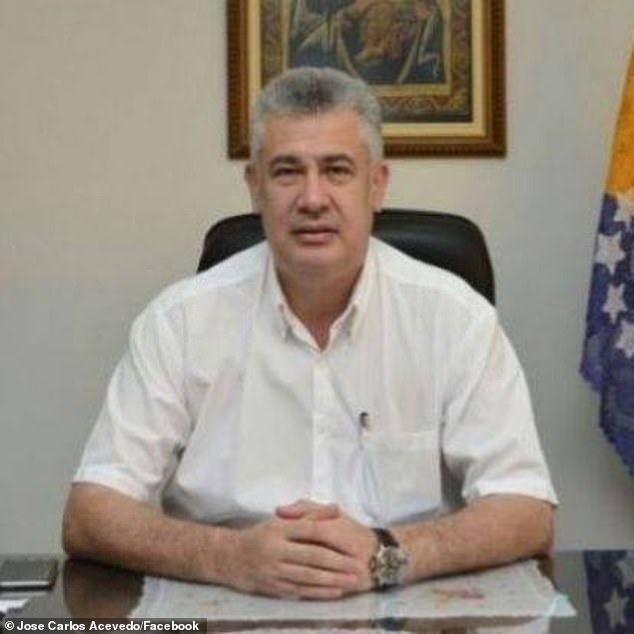 José Carlos Acevedo, the mayor of the Paraguayan city of Pedro Juan Caballero, was is battling for his life after he was shot seven times Tuesday afternoon in front of a courthouse. No arrests had been made as of Wednesday 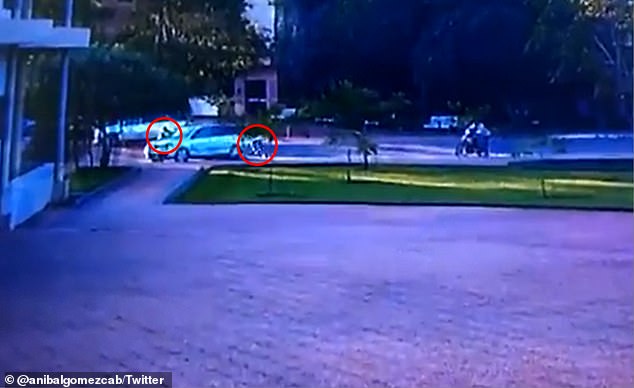 Gunmen (circled) are picked up by a surveillance camera near a courthouse in Pedro Juan Caballero, Paraguay, on Tuesday afternoon moments before they attempted to assassinate the city’s mayor, José Carlos Acevedo

Volunteer paramedics near the court rushed to the mayor’s side and provided him with first aid treatment, cellphone video footage showed.

Acevedo was rushed to Vida Vida Hospital, where doctors operated on him after the shooting triggered a heart attack.

The vehicle used by the attackers was found abandoned and in flames on a road in the Pedro Juan Caballero neighborhood of Portera Ortiz. Authorities said it was registered in Brazil.

Authorities had not made any arrests as of Wednesday morning. 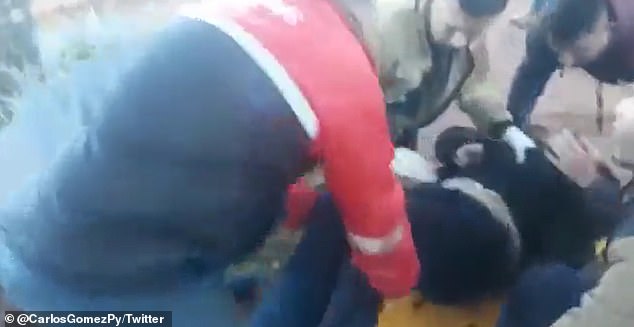 Volunteer paramedics provide treatment to José Carlos Acevedo, the mayor of the Paraguayan city of Pedro Juan Caballero, moments after he was shot seven times in front of a courthouse Tuesday afternoon. The 53-year-old underwent surgery and was revived after suffering a heart attack 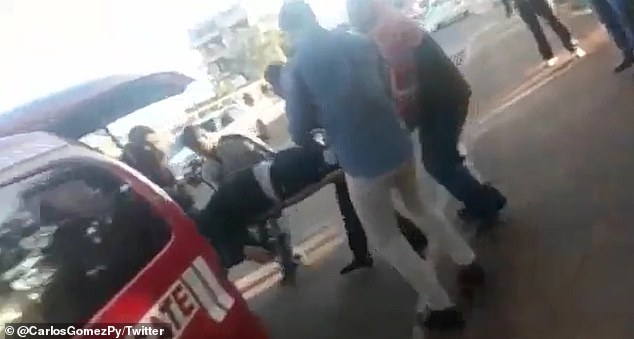 The governor said his brother did not receive any death threats prior to the assassination attempt.

Mayor José Carlos Acevedo had participated in a meeting with his Carolina Yunis, his sister-in-law and president of the city council. He was on his way to meeting the governor for the inauguration of a public works project.

Acevedo was not accompanied by his police-issued security detail at the time of the shooting.

A member of the mayor’s staff said Acevedo went up to a group people who were standing near the courthouse when the assailants launched the assault.

‘At that moment, a white vehicle approaches, three hooded people get out, and they make an attempt on his life,’ the official said. 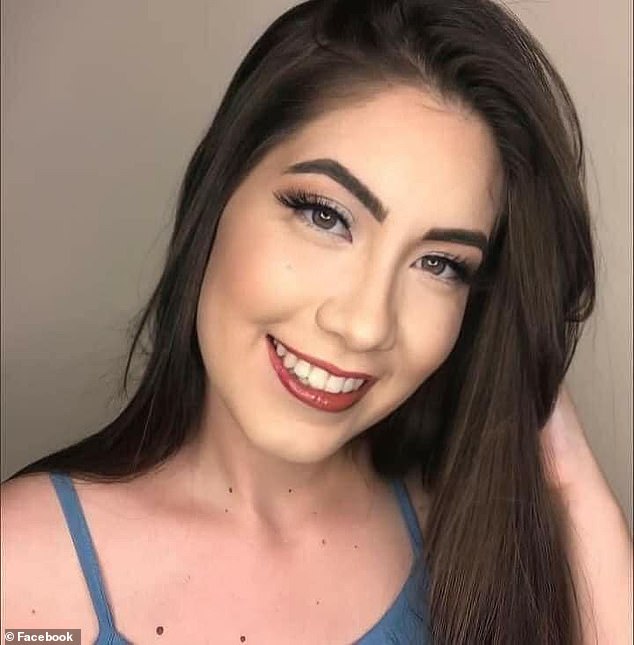 Haylee Acevedo, the daughter of Paraguayan Governor Ronald Acevedo, was executed on October 9, 2021, in front of a nightclub in Pedro Juan Caballero, a city that borders with Brazil. Her uncle, Mayor Carlos José Acevedo, was shot by three gunmen on Tuesday while standing outside a courthouse in the same town

The assassination attempt comes seven months to the date his 21-year-old niece Hayle Acevedo was executed.

Hayle Acevedo, the governor’s daughter, was walking out of a nightclub the morning of October 9, 2021, when gunmen killed her and three other people, including Osmar Vicente, an alleged member of Brazilian gang First Command of the Capital.

Governor Ronald Acevedo slammed the administration of President Mario Benítez for failing to reign in on the violence that has engulfed Pedro Juan Caballero for nearly two decades.