Social media firms ‘must do better’ to eliminate racial abuse 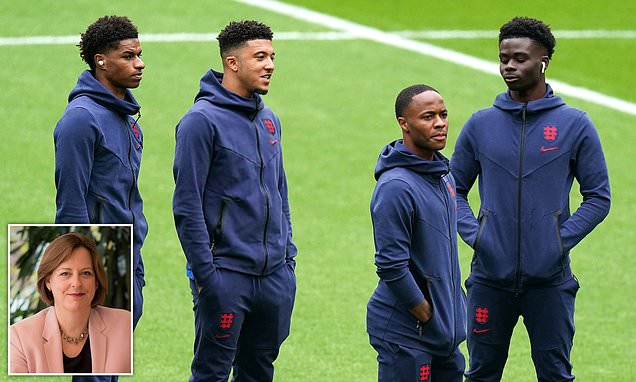 Social media firms ‘must do better’ in tackling online abuse and racism, the head of Britain’s communications regulator will say today.

Melanie Dawes, chief executive of Ofcom, will condemn Facebook, Instagram and Twitter for their lack of success in tackling racism and say ‘they simply must do far better.’

It comes after England footballers Marcus Rashford, Jadon Sancho and Bukayo Saka were subjected to a torrent of racist abuse online after they missed their penalties in England’s Euro 2020 final this month.

In her keynote speech at the Oxford Media Convention, Ms Dawes will urge social media companies to be transparent on the safeguards they have in place to stop racist attacks online. 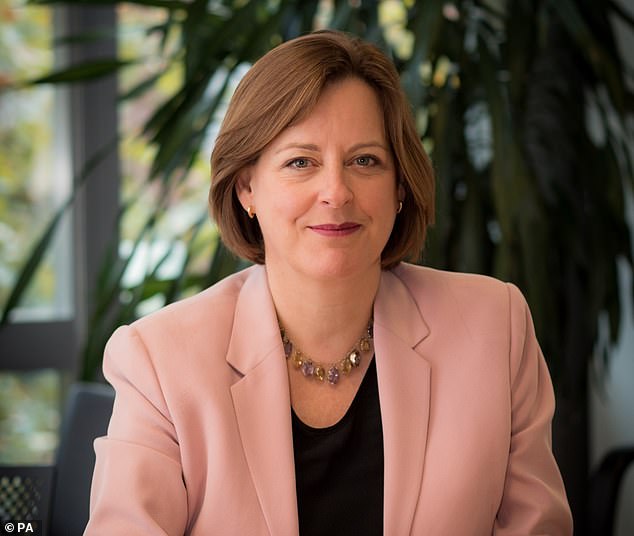 Melanie Dawes (pictured), chief executive of Ofcom, will condemn Facebook, Instagram and Twitter for their lack of success in tackling racism and tell them they ‘must do better’ 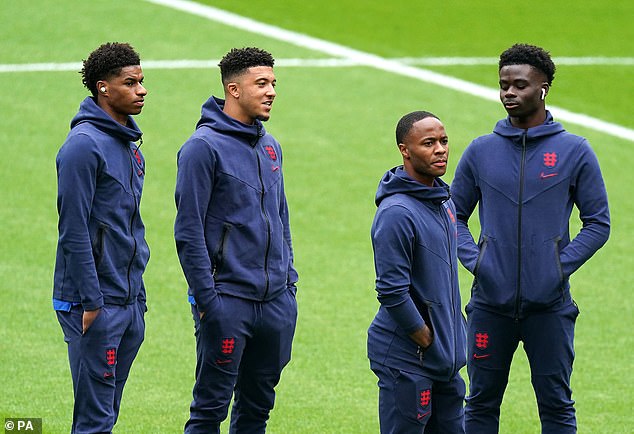 She will say: ‘When Ofcom has the power to regulate online safety, we will hold the social media platforms to account on abuse like this.

‘They must be much more transparent about the rules they have in place to deal with it, and we will act to make sure those rules are properly enforced.’

She will also warn of a clear distrust aimed at social media companies and say that the tech giants have ‘failed to do enough to remove these appalling comments’ received by the football players.

‘There is no place in our society for racism, whether it happens online or offline and, by their own admission, the platforms failed to do enough to remove these appalling comments at a critical national moment. They simply must do far better than this in the future,’ she will add.

It comes after Boris Johnson ordered tech giants to ‘up their game’ over the racist trolling of the Three Lions stars and warned them to take action before the introduction of laws that could land them with huge fines at a speech in Downing Street.

Ahead of the meeting, Mr Johnson’s spokesman said: ‘We think through the scale and prevalence of racist abuse that social media companies need to up their game to prevent online abuse now.

‘We expect social media companies to do everything they can to identify these people. The police already have a range of powers to identify and pursue those who use anonymity to spread hatred, but we’ve committed to strengthening the criminal law in this area.’

It comes as the government’s Online Harms Bill proposes to tackle online abuse.

Under the draft proposals, internet firms will be placed under a ‘duty of care’ and could be fined up to 10 per cent of their annual global turnover for failing to clean up their sites.

Ofcom will be in charge of regulating social media firms, with the power to issue fines up to £18million and block access for repeat offences.

Twitter said it had since banned more than 1,000 posts following a flurry of abusive messages aimed at the England stars and Facebook, which owns Instagram, also described the online attacks as ‘abhorrent’ and said its team were working to remove the comments. 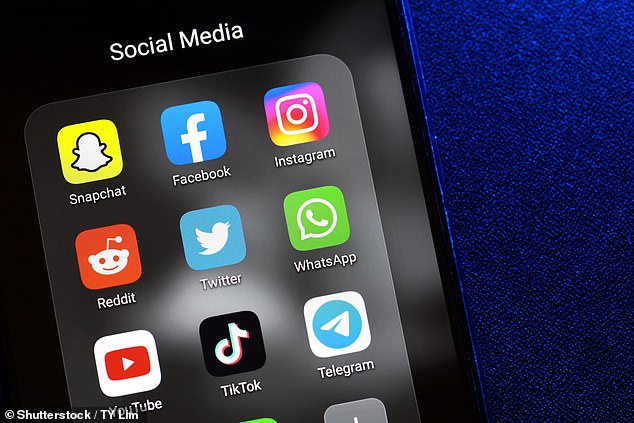 Facebook, which owns Instagram, described the online attacks as ‘abhorrent’ and said its team were working to remove the comments. (Stock image) 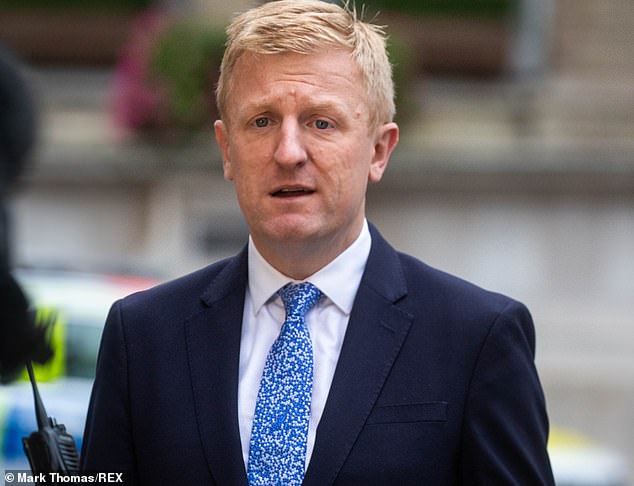 A spokesperson for Twitter said at the time: ‘The abhorrent racist abuse directed at England players last night has absolutely no place on Twitter.

‘In the past 24 hours, through a combination of machine learning based automation and human review, we have swiftly removed over 1,000 Tweets and permanently suspended a number of accounts for violating our rules – the vast majority of which we detected ourselves proactively using technology.

‘We will continue to take action when we identify any Tweets or accounts that violate our policies.

‘We have proactively engaged and continue to collaborate with our partners across the football community to identify ways to tackle this issue collectively and will continue to play our part in curbing this unacceptable behaviour – both online and offline.’

Facebook meanwhile said: ‘No one should have to experience racist abuse anywhere, and we don’t want it on Instagram.

‘We quickly removed comments and accounts directing abuse at England’s footballers last night and we’ll continue to take action against those that break our rules.

‘In addition to our work to remove this content, we encourage all players to turn on Hidden Words, a tool which means no one has to see abuse in their comments or DMs. 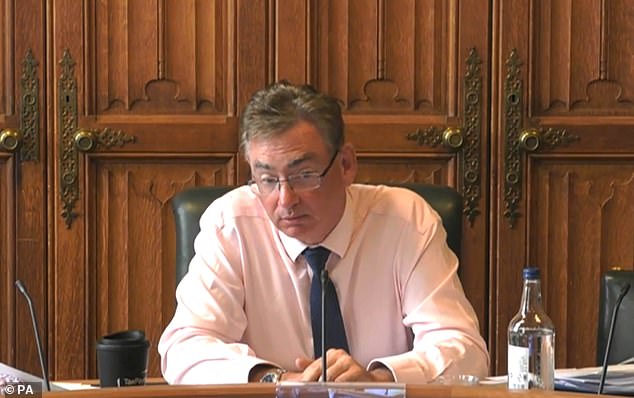 Julian Knight, chairman of the Digital, Culture, Media and Sport Committee, said: ‘The Government needs to get on with legislating the tech giants’

‘No one thing will fix this challenge overnight, but we’re committed to keeping our community safe from abuse.’

Police are now investigating the abuse but social media firms have come under increasing pressure to take swifter and more decisive action against offenders.

Julian Knight, chairman of the Digital, Culture, Media and Sport Committee, said: ‘The racist abuse of England players online is repellent and vile.

‘Perpetrators should be getting a knock on the door from the police and facing the full force of the law.

‘Social media companies once alerted to this abuse have an acute responsibility to immediately take it down.

‘The Government needs to get on with legislating the tech giants. Enough of the foot dragging, all those who suffer at the hand of racists, not just England players, deserve better protections now.’

And Culture Secretary Oliver Dowden said that he shared the anger at the abuse, adding: ‘Social media companies need to up their game in addressing it and, if they fail to, our new Online Safety Bill will hold them to account with fines of up to 10 per cent of global revenue.’

‘You are not fans. We do not want you’: England captain Harry Kane joins manager Gareth Southgate’s condemnation of those behind racist abuse

Harry Kane sent a clear message to those behind the vile racist abuse of England stars in the wake of England’s heartbreaking Euro 2020 final defeat by saying: ‘We don’t want you.’

The England skipper condemned the abuse aimed at Marcus Rashford, Jadon Sancho, and Bukayo Saka as ‘vile’, adding that the players, who were seen visibly distraught after missing penalties in the shoot-out defeat to Italy, ‘deserve support and backing’.

And in a stinging message, he called out those behind the messages, saying they were ‘not England fans’.

In a strongly-worded post on Twitter, the striker said: ‘Three lads who were brilliant all summer had the courage to step up and take a pen when the stakes were high.

‘They deserve support and backing not the vile racist abuse they’ve had since last night. If you abuse anyone on social media you’re not an England fan and we don’t want you.’

It comes as England manager Gareth Southgate savaged the abuse of his players as ‘unforgivable’ after they were trolled by racists overnight.

He blasted mindless social media morons who bombarded Saka, Rashford and Sancho with vile slurs after the heartbreaking defeat at Wembley.

The England boss hit out after Prince William and the Prime Minister branded the abuse unacceptable and sickening after the defeat.

Southgate said: ‘I am sickened by the racist abuse aimed at England players after last night’s match. It is totally unacceptable that players have had to endure this abhorrent behaviour. I must stop now and all those involved should be held accountable.

‘For some of them to be abused is unforgivable really. I know a lot of that has come from abroad, that people who track those things have been able to explain that, but not all of it.

‘It’s just not what we stand for.’ 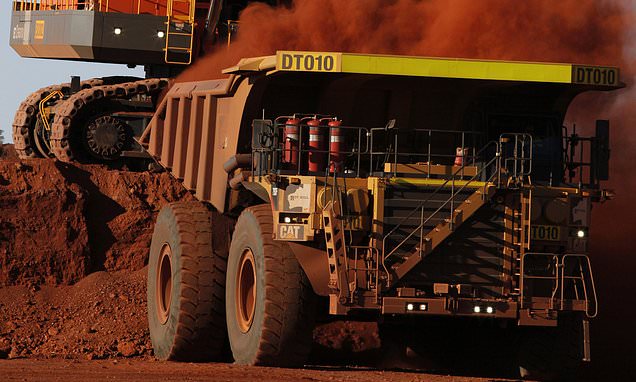