Starmer brands Boris ‘unfit’ to lead after no confidence vote 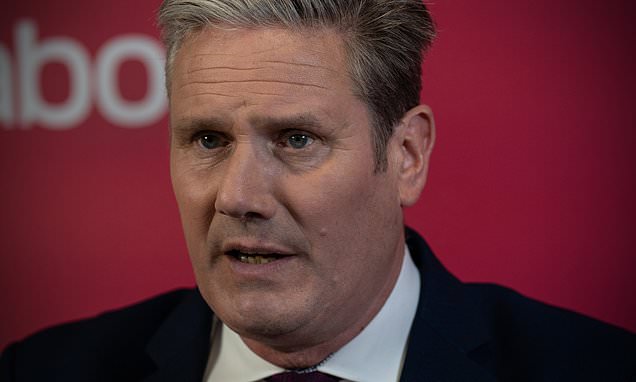 The Labour leader was pictured smirking leaving the Commons last night as he accused Tory MPs of ignoring the views of the public.

He warned that a ‘divided’ Tory Party is ‘propping up’ Mr Johnson, who he said had lost the trust of the country.

Earlier in the day, he had said that a Labour government would negotiate a better deal with the EU.

Speaking after the vote of confidence yesterday, he said: ‘The British public are fed up. Fed up with a Prime Minister who promises big but never delivers.

‘Fed up with a Prime Minister who has presided over a culture of lies and lawbreaking at the heart of government. 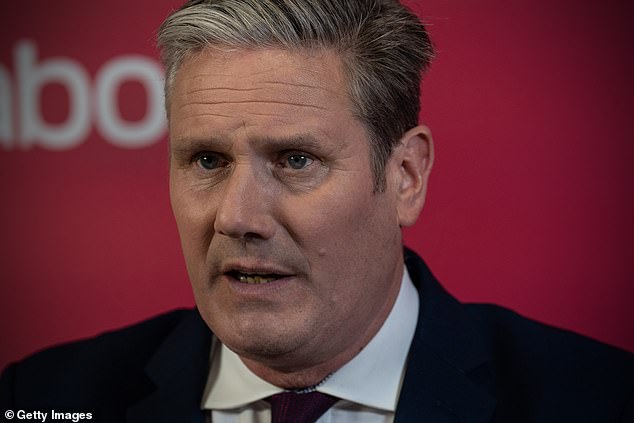 Sir Keir Starmer said Boris Johnson’s confidence result made him ‘unfit’ for office, adding: ‘Tory MPs made their choice tonight. They have ignored the British public and hitched themselves and their party firmly to Boris Johnson and all he represents’

‘Fed up with a Prime Minister who is utterly unfit for the great office he holds. Tory MPs made their choice tonight. They have ignored the British public and hitched themselves and their party firmly to Boris Johnson and all he represents.’

Earlier, the Labour leader also egged on Tory plotters, urging them to act in the ‘national interest’ and vote against Mr Johnson.

He said the Prime Minister has lost the trust of the public and has made a ‘big mistake’ by trying to cling to his job.

Speaking to LBC Radio on Monday, Sir Keir said Conservative MPs ‘have got to show some leadership and vote against the Prime Minister’.

He said: ‘He has lost, I think, the trust of the country – that is pretty clear from the evidence that I have seen.’

Sir Keir added that the Prime Minister has ‘no plan for the country’ and said he thinks ‘it’s in the national interest that he goes now’.

During his call-in, Sir Keir also said that Labour would negotiate a ‘better deal’ with the European Union if elected.

Asked what he would do, he said: ‘There’s no question of going back. We’ve left. What I want to do, and what we would do if we were in government, is make Brexit work – which is make sure that we’ve got a better deal that works.’

The Labour leader said the public mood has changed with a ‘general sense that this man doesn’t really tell the truth’.

He added: ‘We’ve got a Prime Minister trying to cling on to his job and most people would say, “Your job is to help me through the cost of living crisis and you’re not doing it because you’re distracted.”’

He also invoked the Queen’s Jubilee weekend, saying it was a tribute to ‘70 years of humility, decency and respect’.

Sir Keir added: ‘It is grotesque that the very next day the Conservative Party has chosen to throw that sense of duty and those values on the bonfire.’ However, in 2005 he discussed the irony of being appointed a Queen’s Counsel – a senior barrister – ‘since I often used to propose the abolition of the monarchy’. 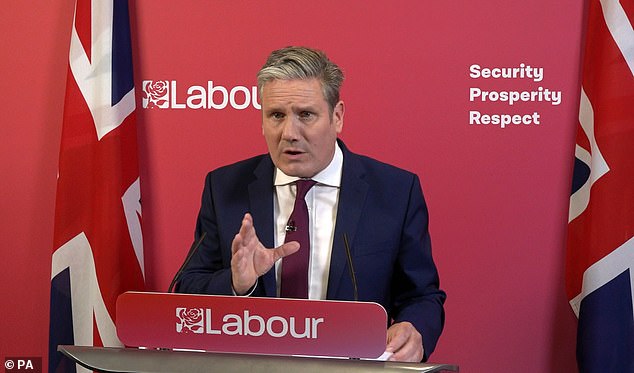 Starmer, speaking after the result of a confidence vote in Boris Johnson’s leadership, said a ‘divided’ Tory Party is ‘propping up’ Mr Johnson, adding that he has lost the trust of the country 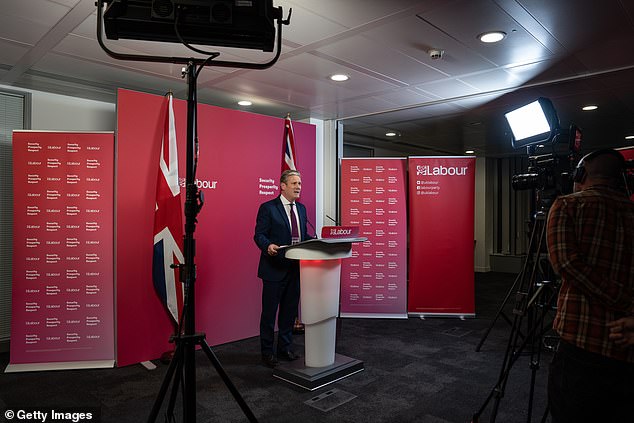 In his LBC phone-in, the Labour leader later argued he is ‘different’ from the Prime Minister as he reiterated his pledge to step down from his role if he receives a fixed penalty notice from Durham Police over the Beergate scandal.

Asked about being pictured drinking a beer during a meal break while campaigning during lockdown, Sir Keir said: ‘I am clear there was no breach of the rules.’

However, he added that if the police issue him with a fixed penalty notice: ‘I will do the right thing and I will step down because it’s very important, I think, for everybody to hear and to know that not all politicians are the same.’

The shadow foreign secretary told Sky News: ‘Well, this is staggering. It’s appalling… 40 per cent of his parliamentary party against him at a time when people are facing rising inflation, cost of living, he’s got a parliamentary inquiry, he’s got two by-elections. This is a disaster and he should go.’