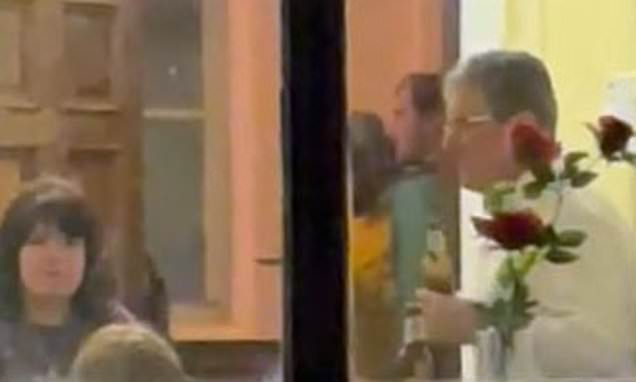 Neither of the students who secretly filmed the infamous beer and curry gathering has been spoken to by detectives, the Daily Mail can reveal.

That’s despite almost two weeks having passed since Durham police launched an investigation.

The pair – who do not want their identities revealed – are willing to give statements.

Detectives are understood to have attempted to make contact with one of the men, who has since graduated, via his parents. 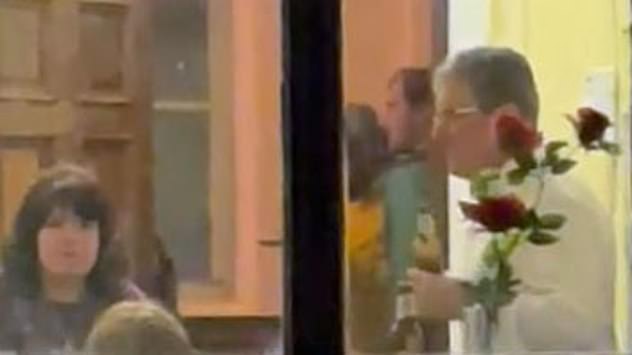 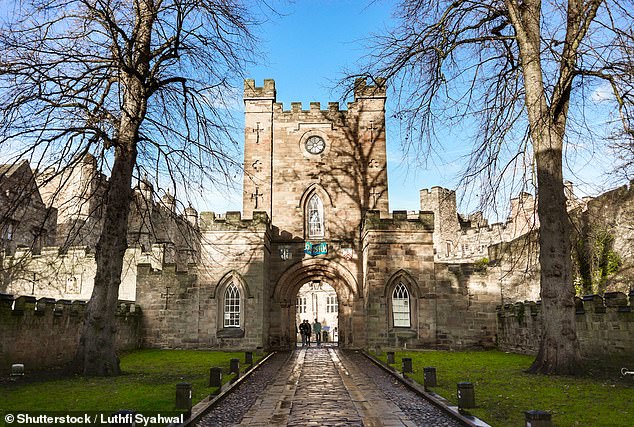 Pictured: The entrance of Durham University at Durham Castle with stone pathway leading to the gate

But he is out of the country until the end of June, potentially delaying a decision on whether Sir Keir or any others present will be fined by several weeks.

The other student said there had been ‘no contact at all’.

A spokesman for Durham Constabulary said it does not plan to comment on the investigation until it has concluded.

The probe is expected to take up to eight weeks – which would see it conclude on about July 1.

Starmer’s Beergate own goal: Labour leader who said he’d been hard at work all day is pictured posing with football shirt on the same evening as THAT curry

Sir Keir Starmer faced fresh questions last night after evidence emerged that undermines his claim to be hard at work and following the rules during his Beergate gathering.

The Labour leader – under investigation by police – insists he did not break lockdown laws by socialising indoors last year because he was working late ahead of crucial elections.

But the Daily Mail can reveal that as well as eating a takeaway curry and drinking from a bottle of beer while campaigning in the North East, he also took time out to pose for a photograph and discuss a forthcoming football match. 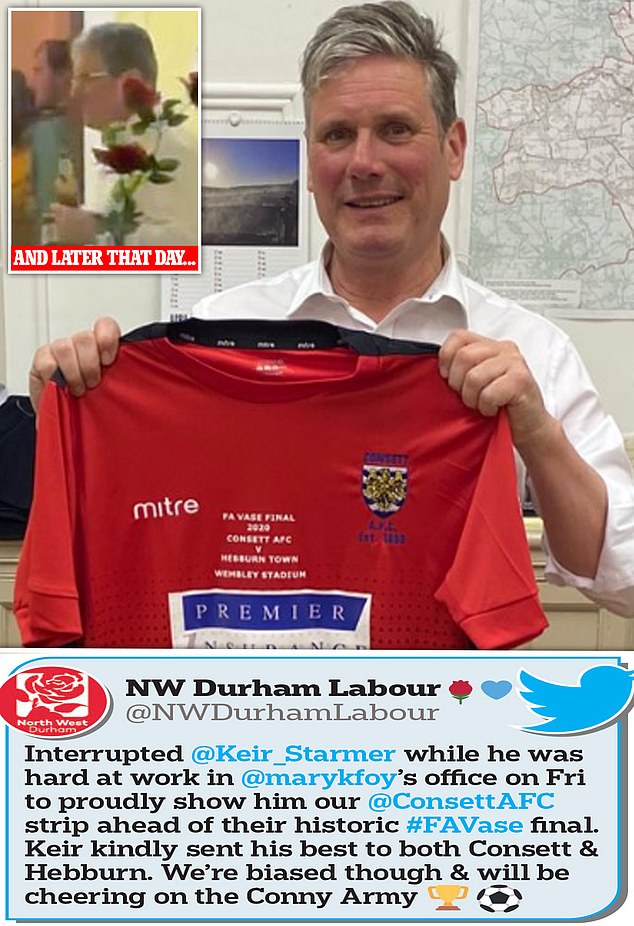 Fresh questions: Keir Starmer posed with a shirt for the non-league side before THAT curry

In what has been branded an own goal, local Labour staffers posted on social media a picture of Sir Keir holding up one of non-league Consett AFC’s shirts.

The caption makes it clear that it was taken in the same place and on the same evening as the Beergate gathering – April 30 last year – in Durham’s Miners’ Hall building that is also used by local MP Mary Foy for meetings.

‘We couldn’t resist interrupting Labour leader Keir Starmer while he was hard at work in Mary Foy’s office on Friday to proudly show him our Consett AFC strip ahead of the club’s historic FA Vase match which takes place today,’ North West Durham Constituency Labour Party wrote in the message posted on May 3 last year.

‘Keir kindly sent his best wishes to both Consett and Hebburn for the final, we’re clearly biased though and will be cheering the Conny Army on today.’ 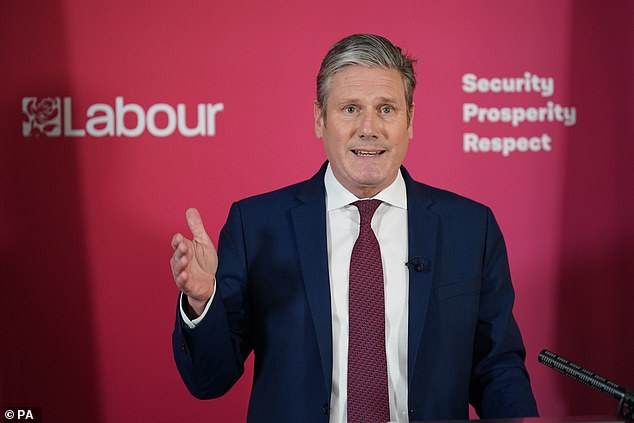 Even if Sir Keir only broke off from his work briefly, he could find himself in trouble as Chancellor Rishi Sunak was fined by the Metropolitan Police for being present for a brief birthday celebration for the Prime Minister in Downing Street ahead of a Covid meeting.

It comes after the Labour leader changed his story again over the infamous event in Durham, admitting that ‘about 15’ people were present rather than six as he first claimed.

Reports now suggest that Durham Constabulary may send out questionnaires to as many as 20 Labour Party workers and campaigners asking them to explain if they had a reasonable excuse for eating and drinking with colleagues at a time when indoor mixing of households was banned by law.

Separate non-binding electioneering guidance stated clearly: ‘You should not meet with other campaigners indoors.’


Last night Tory MP Brendan Clarke-Smith said: ‘This football shirt photo shared online by Labour is yet another disastrous own goal for Starmer. Does this look like hard work that was absolutely necessary?

‘I’m sure Durham Constabulary will also be considering this evidence in their investigation, bearing in mind the PM was fined for being briefly interrupted to wish him happy birthday whilst doing his vital work on Covid in Downing Street.’

Another senior Conservative said: ‘This is more evidence that the number of people there far exceeded those who were necessary for workw purposes, and that the rules were clearly being ignored.’ Sir Keir and Labour Deputy Leader Angela Rayner have both vowed to quit if they receive fixed penalty notices from police for breaching Covid restrictions. But he has insisted: ‘I am absolutely clear that no laws were broken. They were followed at all times. I simply had something to eat whilst working late in the evening, as any politician would do days before an election.’

A Labour spokesman said: ‘As this tweet clearly shows, Keir Starmer was working. No rules were broken.’ The shirt Sir Keir was pictured with was that of National League club Consett AFC, who reached the final of the FA Vase in 2020, but because of the pandemic had to wait until May last year to play the match.

They lost the Wembley final 3-2 to Hebburn Town. 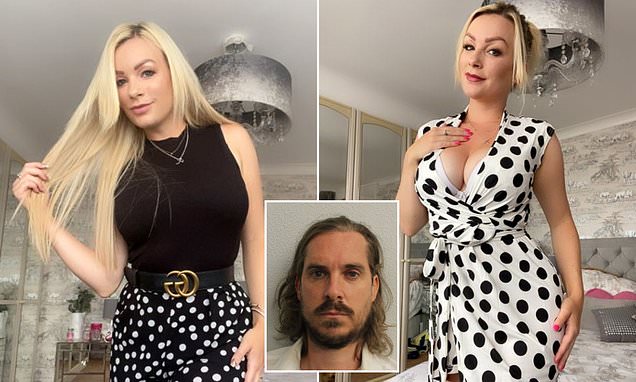 Police officer, 45, is charged with abusing his position to get sex over 'inappropriate' relationship with woman he met while on dutyPC Anthony Ritchie, 45, stands charged with misconduct in a public office Ritchie a...