Teenager, 19, died along with two friends after ‘stealing mum’s car’ 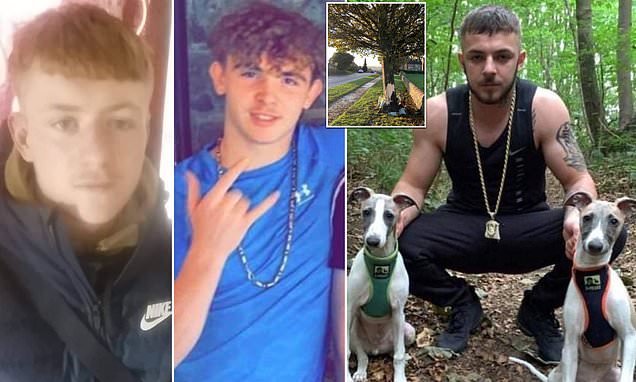 Unqualified driver, 19, died along with his two friends after he stole his mother’s powerful Ford Fiesta ST while she was asleep and crashed into tree at 104mph, inquest hears

An unqualified teenage driver died along with his two friends after he stole his mother’s powerful Ford Fiesta ST while she was asleep and crashed into a tree at 104mph, an inquest has heard.

An inquest into their deaths at heard the modified white Ford Fiesta ST they were travelling in collided with tree at 104mph.

If Martin survived the crash, he’d have likely been charged with causing death by dangerous driving, driving without a licence and driving without insurance, the inquest heard.

However, his death was found to be the result of a road traffic collision, while Ryan and Mason’s were ruled as unlawful killing.

Mason had only celebrated his 19th birthday three days before the crash, Martin only turned 18 a week before and Ryan was expecting his firstborn son with his girlfriend.

Doncaster Coroner’s Court today heard Martin had taken the car without permission from his mum Sara Jane Smith while she was asleep.

He was reportedly a disqualified provisional driver, and was uninsured to drive the powerful 300 brake horsepower car.

The court heard the statement of a witness who was sitting with friends near to Kiveton Lane when the crash happened at 6.10pm. 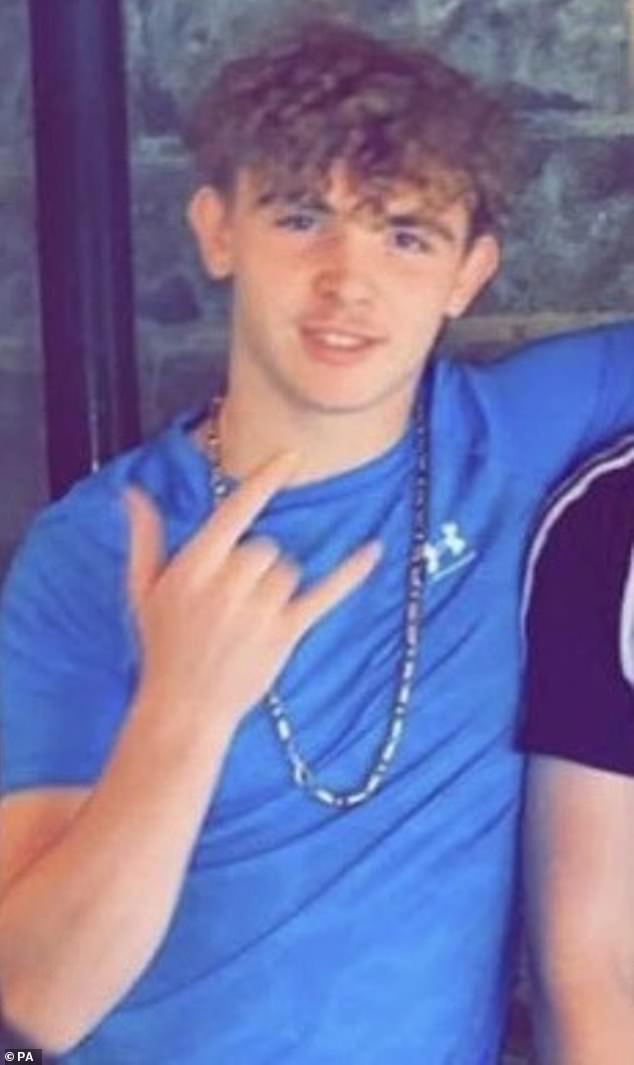 If Martin Ward, 18, (pictured) survived the crash, he’d have likely been charged with causing death by dangerous driving, driving without a licence and driving without insurance, the inquest heard

She told police: ‘As we sat chatting, I heard a loud car coming, revving the engine. I then heard a massive screech and skid.

‘The car came across the road and didn’t turn for the bend. It looked like it was going around 100mph, faster than I’ve ever seen a car go on that road.’

Passersby fought to put out a fire that started in the car and help the boys inside and a fire engine arrived within minutes, but all three were pronounced dead at the scene.

A report by senior collisions investigator Christopher Slater later found the car had been travelling at around 104mph when they crashed.

There was no evidence the driver turned before the left hand bend, or applied the brakes. It was also found Martin had not been wearing a seatbelt.

It was inconclusive if Ryan and Mason were wearing theirs, but senior coroner Nicola Mundy said she found it ‘unlikely’ in the case of front-seat passenger Mason.

The court heard the statement of Martin’s mother Sara Jane Smith, who died two weeks after the crash. An inquest into her death is yet to conclude.

She told police: ‘I was the only person insured to drive the car. No one else had access to it and no one else had permission. This included Martin.’

Martin and Mason both came to Sara’s house for lunch before she went upstairs to sleep, the inquest heard. 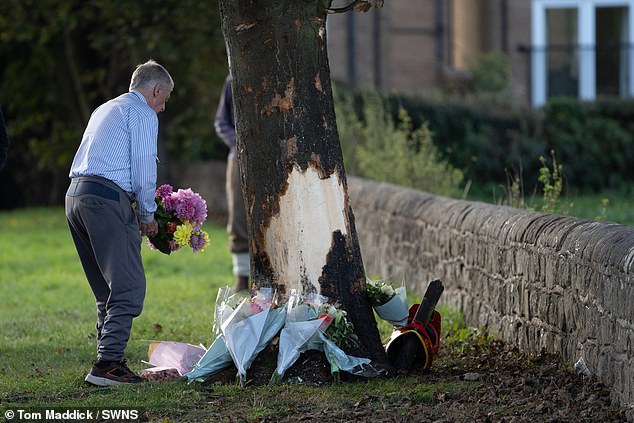 Balloons, flowers and a car registration plate were left at the scene along with pictures

When she woke at around 5.30pm, she saw her car was gone and the keys had been taken from their usual hiding place.

The inquest heard she told police in a statement: ‘I got a call from [a friend] that my car had been involved in a bad accident.

‘I was driven down there. It was there I saw the accident was bad and I learned Martin had been killed.’

The court heard Ryan was a painter-decorator and a talented boxer, whose coach and friends believed could have won titles.

A tribute by mum Natalie read: ‘He and his girlfriend Jessica were really happy together, and they moved into their own home in April 2021.

‘Ryan’s girlfriend became pregnant in June 2021 and they were very excited to become parents.

‘Ryan said he wanted a boy and he never got to find out that he had a son, who was born in March 2022.

‘He was always a popular boy and he had friends from all over the place. We have always been a close, happy family.’ 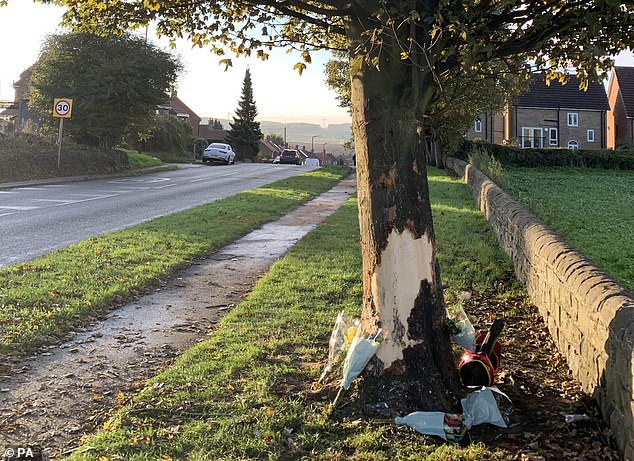 Mason had tried his hands at several jobs before finding success as a roofer, it was heard.

His mum Kathyrn wrote: ‘Mason had a big circle of friends and was known to be cheeky but polite and well-mannered.

‘He and his girlfriend of three years were really happy together and went out together a lot on day trips.

‘He was always dressed smart and he took pride in his appearance.

‘He was just beginning his future, with a good job and earning good money. He had a good relationship with his girlfriend and they were discussing their future.’

The separate funerals of all three teenagers were attended by hundreds of family and friends.