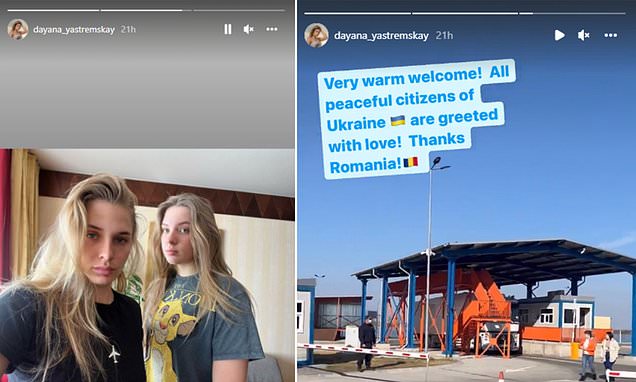 Ukrainian tennis star Dayana Yastremska flees war-torn Odessa and arrives safely in France after spending 48 hours in an underground car park sheltering from Russian invasion… but she still plans to play in the Lyon Open tomorrow!

Ukrainian tennis star Dayana Yastremska has fled her native country amid a Russian invasion and is now safe in France, the 21-year-old said in a social media post on Saturday.

Yastremska, who has won three WTA titles and been ranked as high as world number 21, said she left Odessa with her younger sister with help from their parents.

‘Tired, but my sister and I are safe!’ she posted on Saturday in an Instagram story, which showed their arrival in Romania en route to France.

‘Thank you France. Ukraine stay strong. We miss you Home, Mum and Dad.’

While Ukrainian forces battle to keep control of the capital Kyiv, Odessa has also been targeted in the south with a number of ships off the port city hit by missiles.

Despite Yastremska’s world crumbling around her in the days since Russian troops entered Ukraine, she still plans to play Romanian Ana Bogdan when the Lyon Open kicks-off on Monday.

On Friday an Instagram post from Yastremska showed her and her sister sitting on luggage and wearing matching pink sweatpants and hoodies.

‘After spending two nights in the underground parking, my parents made a decision at any cost to send me and my little sister out of Ukraine!’ she said in the Friday post. 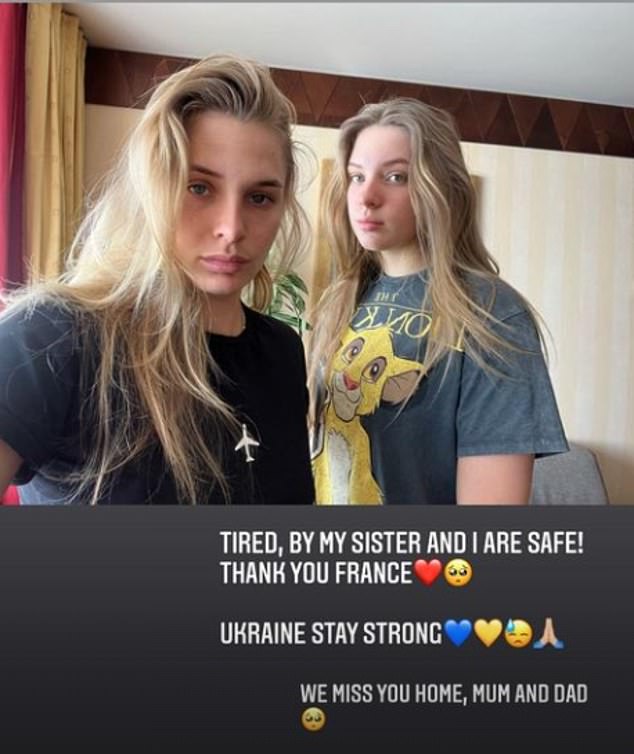 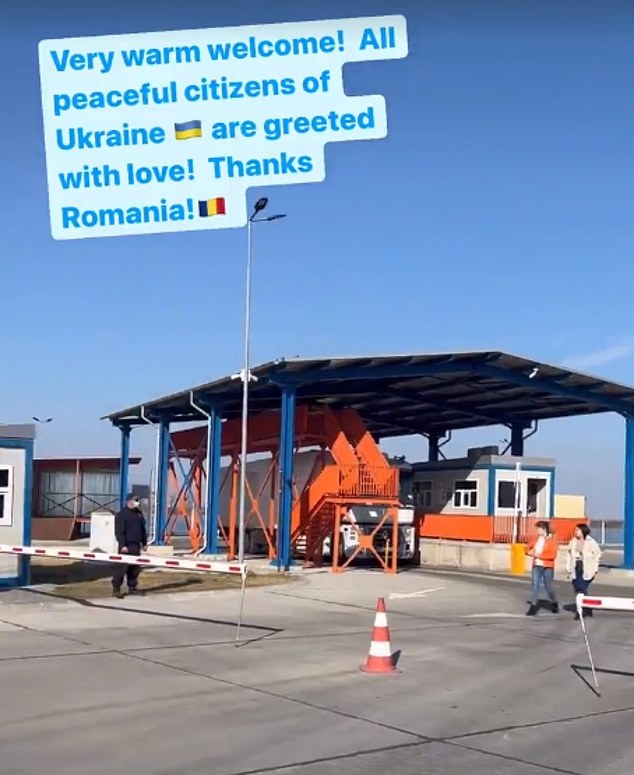 Ukraine is a force in women’s tennis. Three Ukrainians are in the WTA top 100 and seven are in the top 200. Elina Svitolina, who has also been outspoken in support for her country amid the invasion, is the highest ranked Ukrainian at world number 15.

Thousands of refugees fleeing the invasion poured across Ukraine’s western borders on Saturday, the third day of fighting, with many hoping to enter Poland, Slovakia, Romania or Hungary. 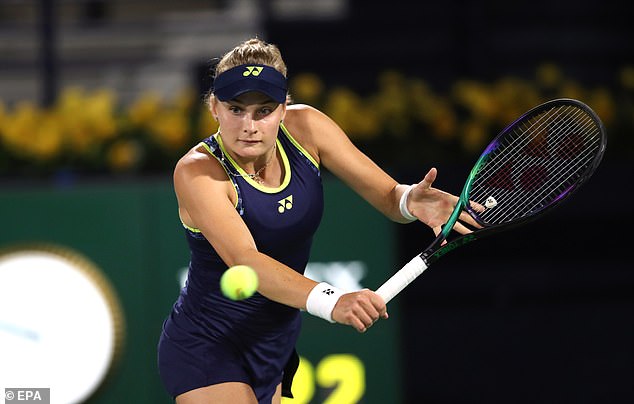 Vladimir Putin’s troops have pushed into Ukraine’s second-largest city, Kharkiv, after the Russians were held-off outside Kyiv for a third night running into Sunday morning.

President Volodymr Zelensky remains in the capital, rallying the country on social media despite the threat to his life.

Russia’s assault is the biggest on a European state since World War Two and threatens to upend the continent’s post-Cold War order.