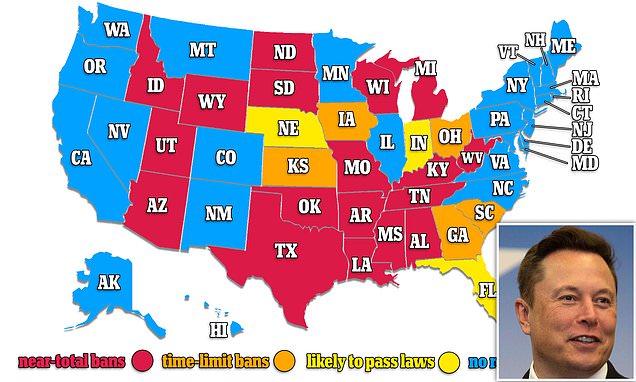 Tesla has joined ranks with major companies offering travel compensation for employees seeking to get an abortion but live in states where they are banned.

The news comes days after supreme court documents were leaked indicating that Roe v. Wade would be overturned, striking down the nationwide right to an abortion and leaving the decision up to individual states.

In its 2021 Impact Report released on Friday, the electric-car company stated it had expanded its health coverings to include ‘travel and lodging support for those who may need to seek healthcare services that are unavailable in their home state.’

Tesla moved its headquarters from California to Texas last year, a state where abortions after six weeks have been banned, and other states have already begun introducing restrictions on abortion.

Republican lawmakers have already begun battle with corporations providing abortion assistance to its employees, including Texas State Rep. Briscoe Cain, who said he is planning to propose legislation that would bar local government in Texas from dealing with businesses that offer such help. 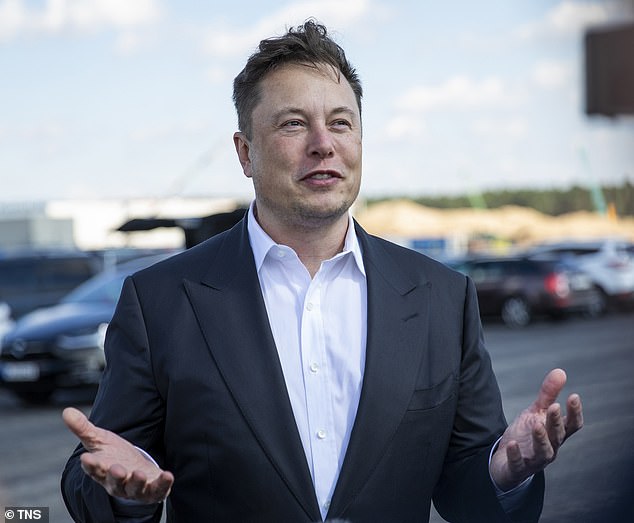 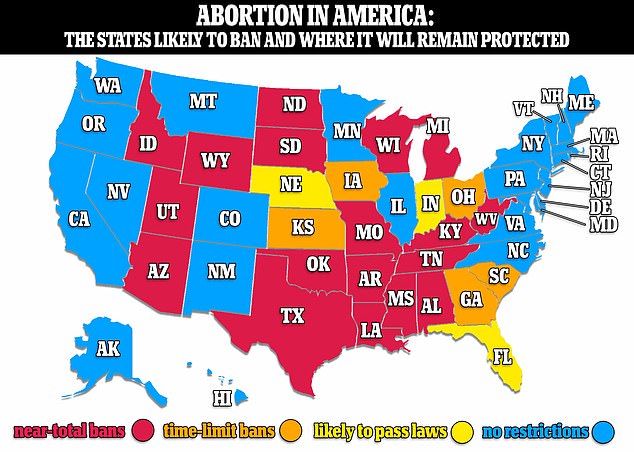 Musk Tweeted in September, 2021, that he preferred no to comment on politics, but that the government should largely stay out of peoples lives

Senator Marco Rubio of Florida introduced a bill on Wednesday that would prevent companies from claiming tax deductions for abortion assistance costs.

Musk has not commented on Tesla’s new policy, but in September tweeted that he felt the government should ‘rarely impose its will’ on the people.

‘In general, I believe government should rarely impose its will upon the people, and, when doing so, should aspire to maximize their cumulative happiness. That said, I would prefer to stay out of politics.’

The company joins a list of dozens that have made moves to provide assistance to employees in reaction to states maneuvering to block women’s to access abortion. 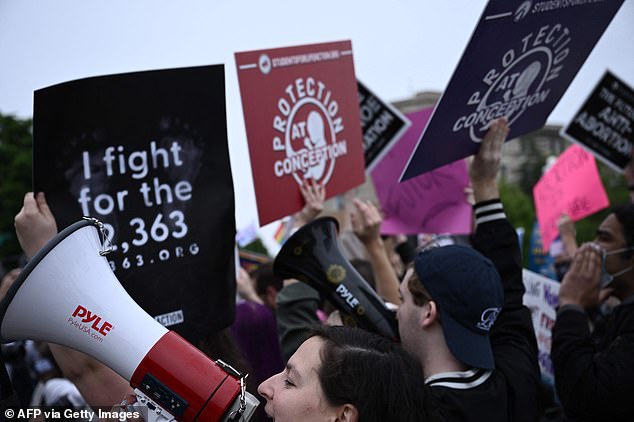 The Supreme Court is poised to strike down the right to abortion in the US, according to a leaked draft of a majority opinion that would shred 50 years of constitutional protections 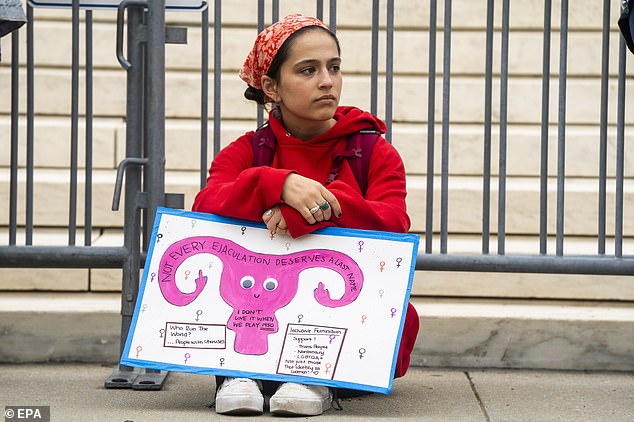 In March Citigroup said in a filing with regulators that in light of ‘changes in reproductive healthcare laws in certain states,’ it will provide travel benefits to ‘facilitate access to adequate resources.’

Cloud computing giant Salesforce offered to relocate employees at its Texas facilities to other states after the law went into effect there.

Amazon’s benefit, effective to Jan. 1 retroactively, applies if an operation is not available within 100 miles of an employee’s home and virtual care is not possible. 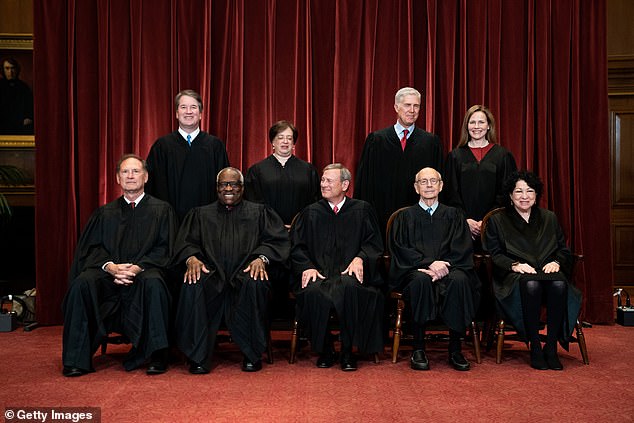 The Supreme Court is planning to vote to strike down the decision of Roe v. Wade, long considered a vanguard of guaranteeing a right to an abortion in the United States. 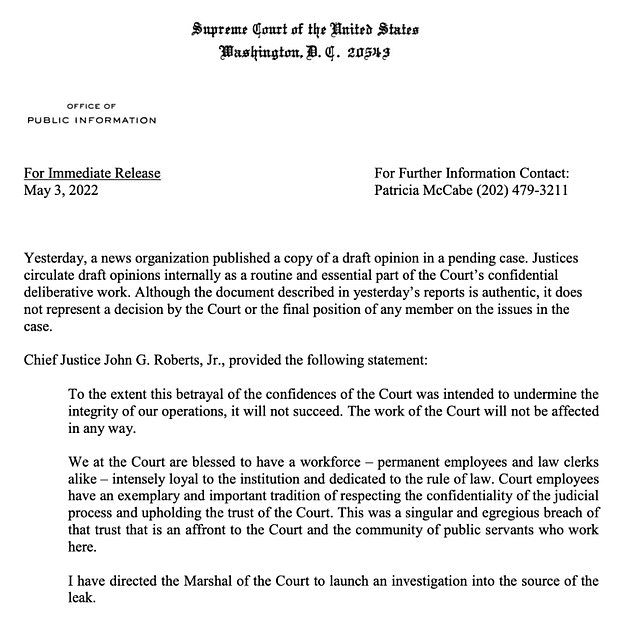 The moves come as legal analysts believe the Supreme Court, dominated by conservatives following the nomination of three justices by former president Donald Trump, looks poised to possibly overturn Roe v. Wade, the landmark 1973 decision that held that access to abortion is a woman’s constitutional right.

In December, hearing oral arguments about a Mississippi law that would ban most abortions after 15 weeks, the court’s conservative majority appeared inclined to not only uphold the law but to toss out Roe v. Wade.

The online retail giant said it would cover up to $4,000 per year in travel expenses for staff members seeking non-life-threatening medical care, including abortions, if not available within 100 miles of where they live

‘In response to changes in reproductive healthcare laws in certain states in the US, beginning in 2022 we provide travel benefits to facilitate access to adequate resources,’ Citi said in a letter to shareholders

The dating app company, in September created a fund ‘supporting the reproductive rights of women and people across the gender spectrum who seek abortions in Texas’

‘Bumble is women-founded and women-led, and from day one we’ve stood up for the most vulnerable. We’ll keep fighting against regressive laws like #SB8’

The company that owns Match.com and dating apps including Tinder, OkCupid and Hinge, announced in September a fund to ensure its employees  would be able to seek reproductive care outside of Texas

‘The company generally does not take political stands unless it is relevant to our business,’ said CEO Shar Dubey in a memo at the time. ‘But in this instance, I personally, as a woman in Texas, could not keep silent’

Salesforce CEO Marc Benioff tweeted at the time: ‘Ohana if you want to move we’ll help you exit TX. Your choice’

Starting in May, Yelp will cover travel expenses for any US employees and their dependents who need to travel out of state to access abortion care

‘It’s a priority for us to offer our employees consistent healthcare coverage, regardless of where they live,’ a representative said 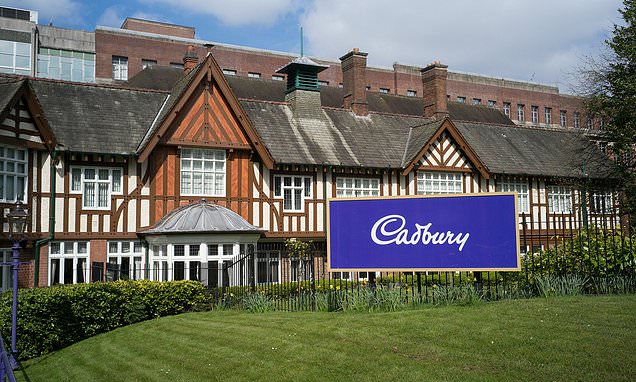