The proof lateral flows ARE just as good at catching Omicron? 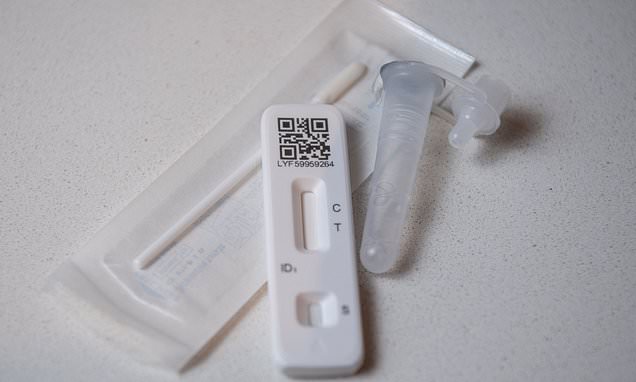 The proof lateral flows ARE just as good at catching Omicron? Health chiefs hail ‘very encouraging’ data they hope will dismiss fears that the rapid swabs are worse at spotting super-variant

Experts said they hope the results will allay concerns the devices are less sensitive to the mutant strain.

As cases have soared in recent days, scores of Britons have complained about testing negative on lateral flows, only to be told they are positive by a PCR.

The UK Health Security Agency (UKHSA) used the five lateral flow testing brands dished out by the NHS on samples from patients infected with Omicron.

However, it is monitoring how well the tests perform in the real world to ensure their sensitivity is not ‘significantly reduced’ when people swab themselves.

The tests, which can tell if someone is infected in as little as 15 minutes, report positive results by detecting the virus’s nucleocapsid protein. But this part of Omicron’s cell has four mutations, which raised concerns that the test could be less effective.

But Dr Jenny Harries, chief executive at the UKHSA, said the laboratory results are ‘very encouraging’ and urged people to use the tests before mixing with others to limit the spread of the virus. 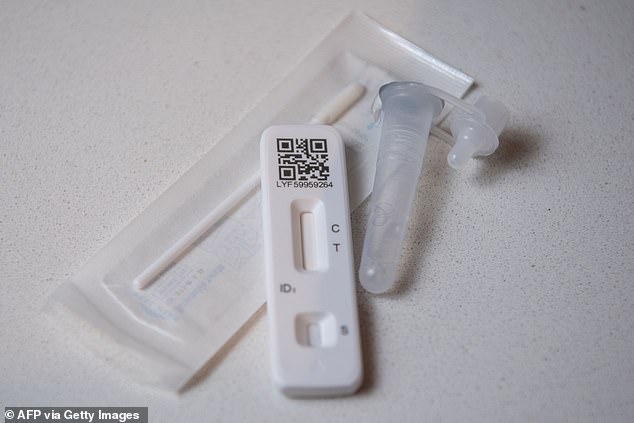 Scientists at the UK Health Security Agency (UKHSA) used each of the five lateral flow testing brands dished out by the NHS on five samples from patients infected with Omicron. All of the tests showed a positive result for each patient, even when their sample was diluted, showing the devices have ‘a comparable sensitivity to that observed for previous strains’ of Covid, the UKHSA said 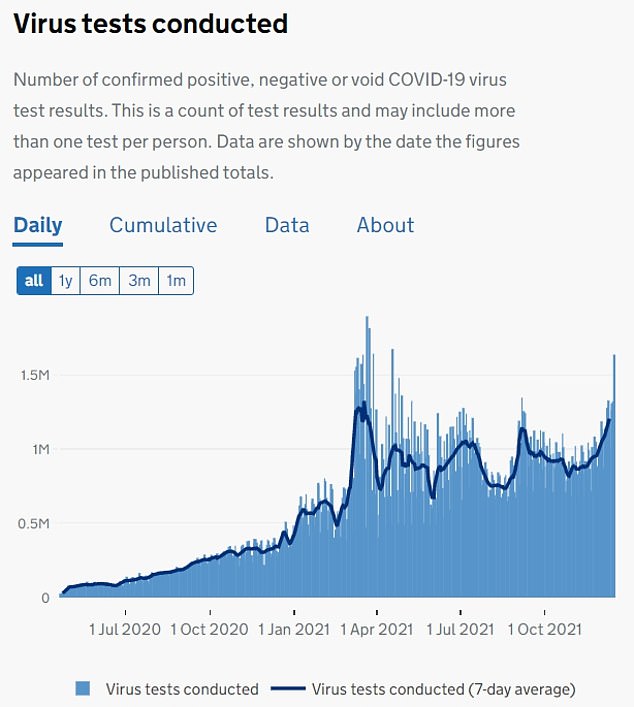 Around 1.4million people across the UK were tested for the virus — using either PCR or lateral flow devices — every day in the last week (shown in graph). Ministers said this month that lateral flow tests are a ‘vital tool’ in controlling the spread of Omicron, with doctors warning its symptoms are ‘predominantly’ the same as the common cold

But experts have warned the tests should only serve as an indicator to whether someone has the virus, because they are not as effective as PCR tests.

People with Covid symptoms — such as a high temperature, a new continuous cough or a loss or change of smell or taste — are told to get a more sensitive PCR test, which is sent to a laboratory to be processed.

But around a third of people carrying the virus do not have any symptoms, so rapid lateral flow tests are used to detect asymptomatic infections.

Around 1.4million Brits were tested for the virus — using either PCR or lateral flow devices — every day in the last week.

Ministers said this month that lateral flow tests are a ‘vital tool’ in controlling the spread of Omicron, with doctors warning its symptoms are ‘predominantly’ the same as the common cold.

But Dr Susan Hopkins, chief medical adviser at the UKHSA, told ministers the tests are only half as good as PCRs. However, she noted they will detect around 80 per cent of cases of the most transmissible people, she said.

In a report today, the UKHSA looked at five types of lateral flow tests used in the UK — Acon Flow Flex, Innova Biotime, Orient Gene and two versions by SureScreen.

Despite Omicron having four mutations in the part of the virus the tests used to confirm an infection, every positive sample was identified by the tests.

For comparison, when the tests were exposed to 15 samples from people infected with the original strain of the virus, all showed positive results, apart from the Innova Biotime test, which only detected 14 of the 15 infected samples.

The UKHSA said the results confirm the tests work in a laboratory and it will now monitor their real-world performance and continue to test samples from people with a confirmed Omicron infection to ensure the tests are working effectively.

Dr Harries, HSA chief executive, said: ‘Our data shows that LFD tests are similarly able to detect Covid in individuals who have been exposed to Omicron as in those exposed to previous variants. This is very encouraging.

‘As we all work to limit the high levels of transmission of this variant over the Christmas period, we are urging people to test regularly, particularly before attending social gatherings.

‘As always, the booster vaccine remains the best protection against infection. Please come forward to receive your booster as soon as possible.’

Britons have taken to social media to complain about inconsistent results from lateral flow tests and question their reliability.

‘[The virus is] spreading through these false negative lateral tests when people think there negative when there not,’ he said.

And GP Dr Helen Salisbury warned Omicron is ‘spreading like wildfire’ and people ‘may be infected even with negative lateral flow tests’.

Meanwhile, Ryan Williams said on the social media platform that he tested positive on a PCR but negative on three lateral flow tests, warning ‘they aren’t the best at catching [the virus] early’. 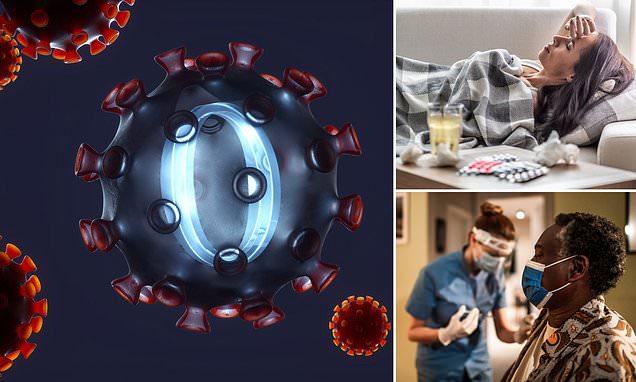 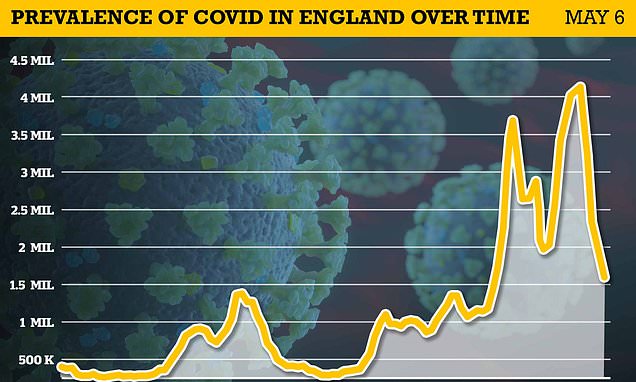 What Covid? England’s outbreak slumps to lowest size since Omicron

Covid? What Covid? England's outbreak slumps to lowest size since BEFORE Omicron took off in mid-December... despite country having been free of all restrictions for a monthThe ONS estimate 1.5million people were inf... 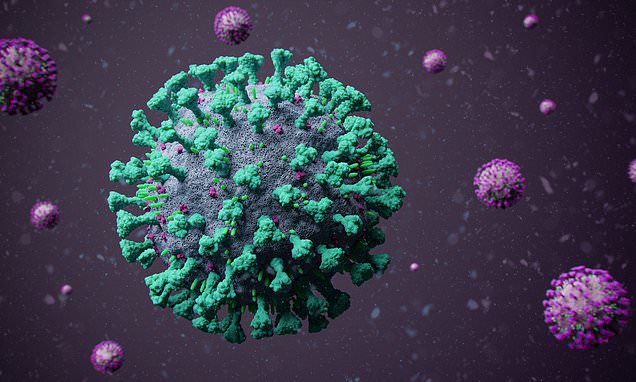 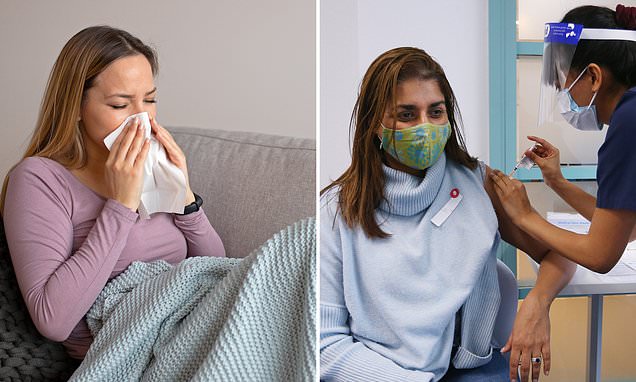