With the killer cop refusing to explain what he had done, it was to be the crucial evidence that would prove his evil acts in London‘s Old Bailey courthouse. 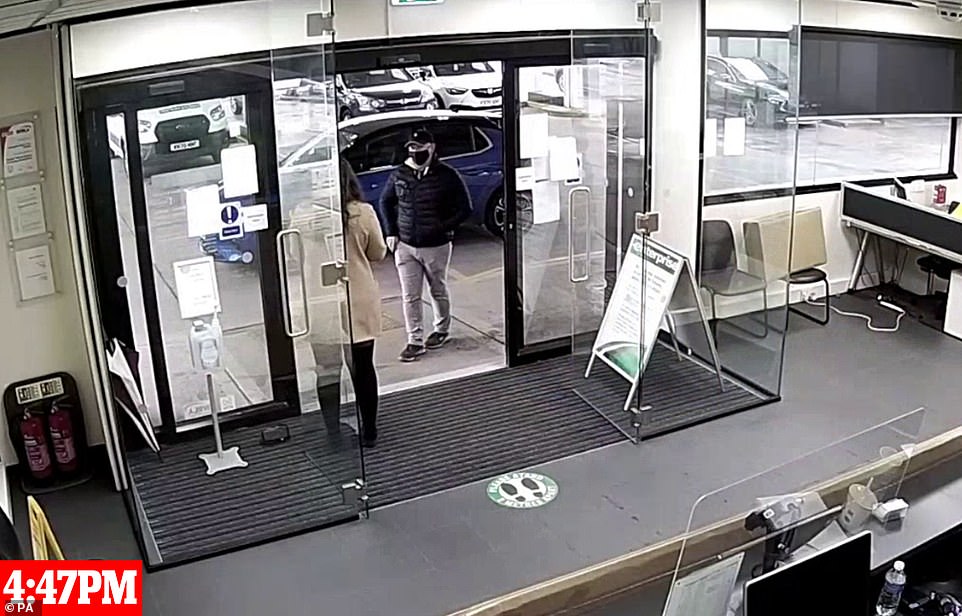 While on duty on February 28, he booked a £65.30 hire car from Enterprise Rent-a-Car in Dover, which he collected on March 3 (pictured), having decided his own was too old and filthy to be passed off as a police vehicle 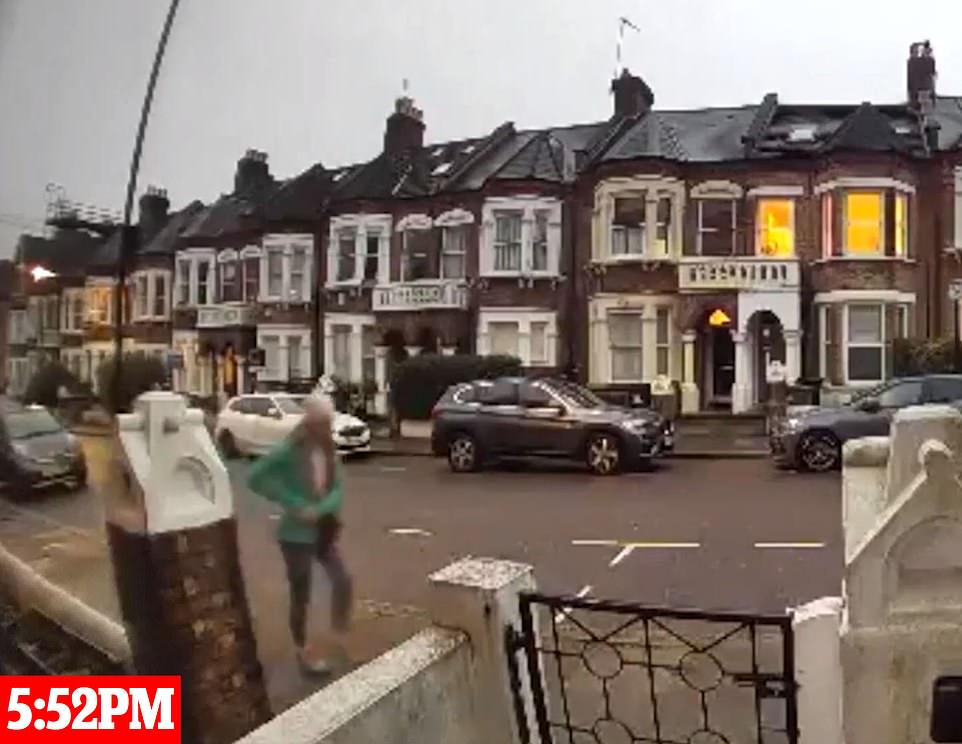 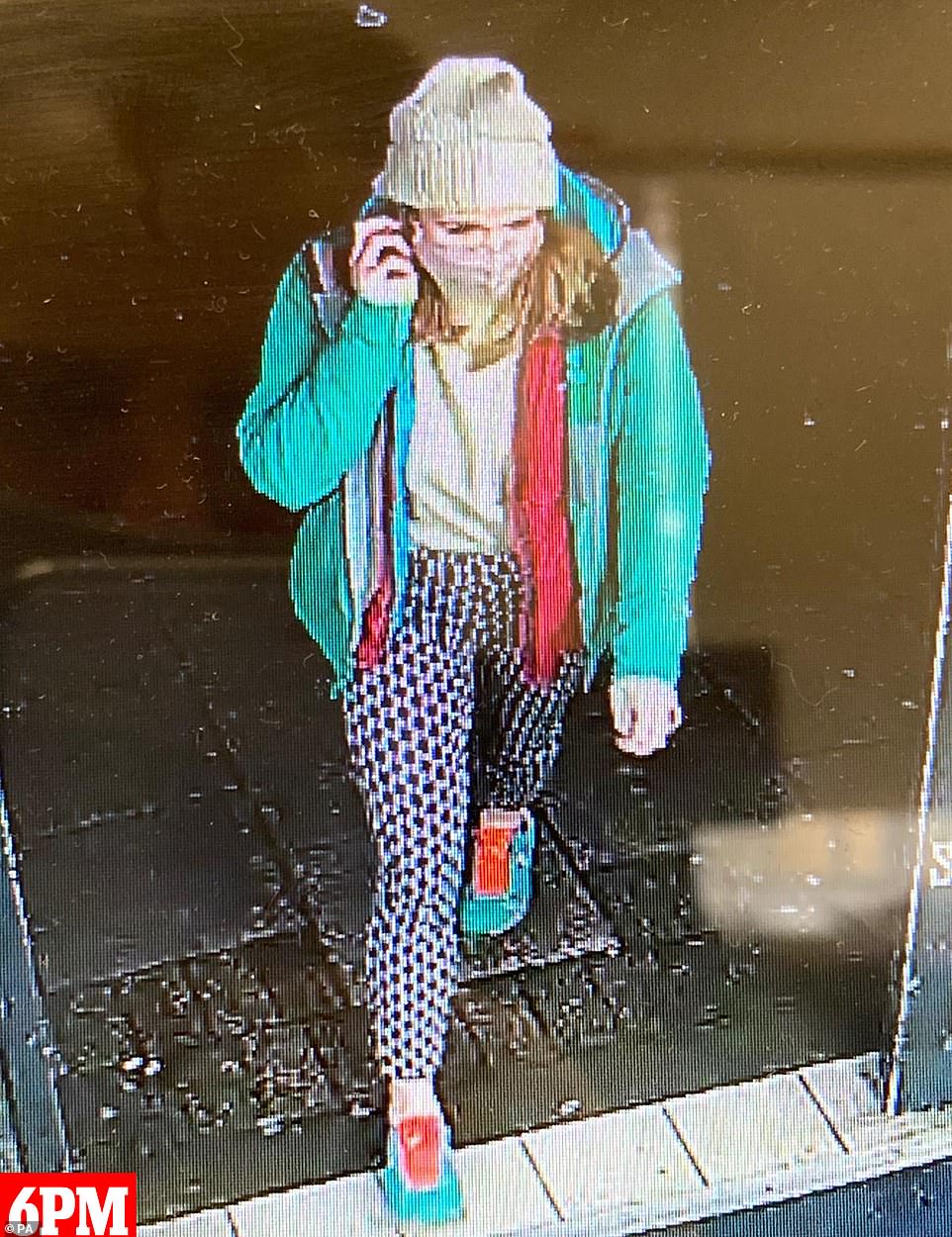 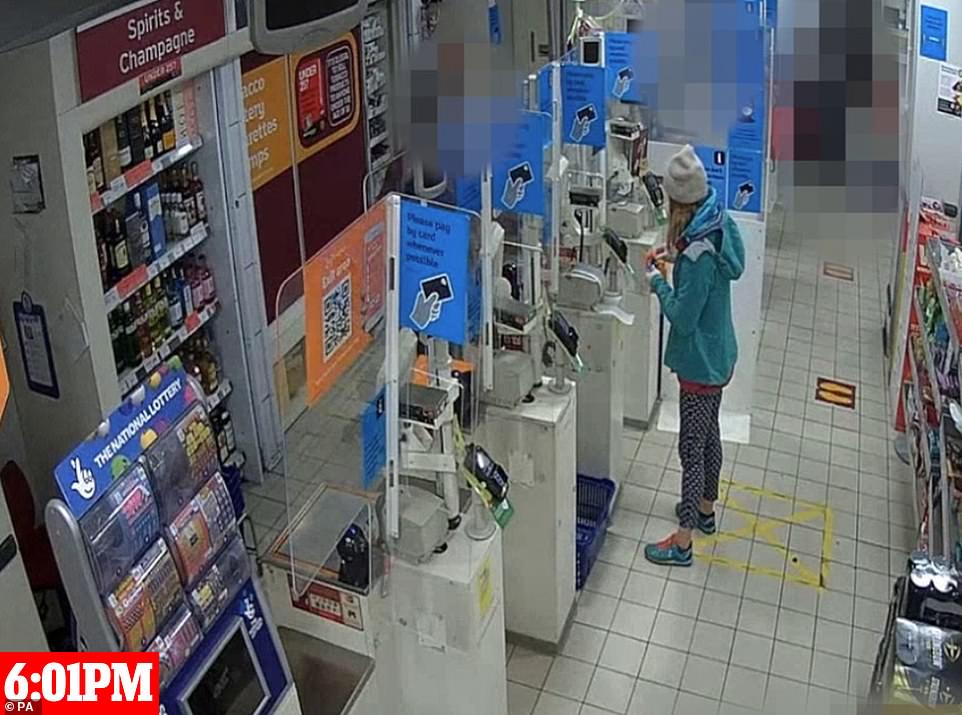 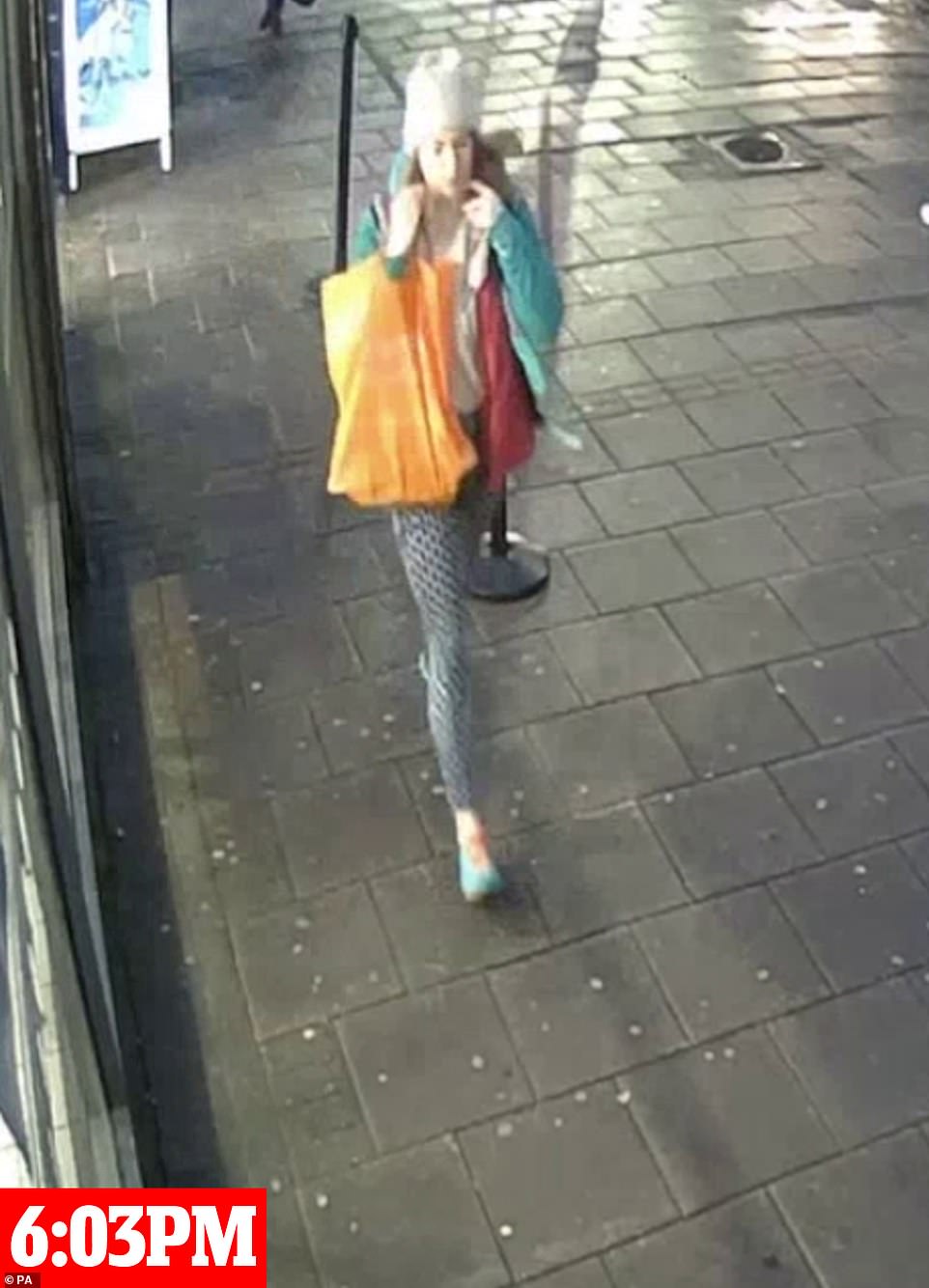 Just over an hour later at 5.52pm in London, Sarah was seen leaving her home in Brixton, south London. to visit one of her friends in Clapham. 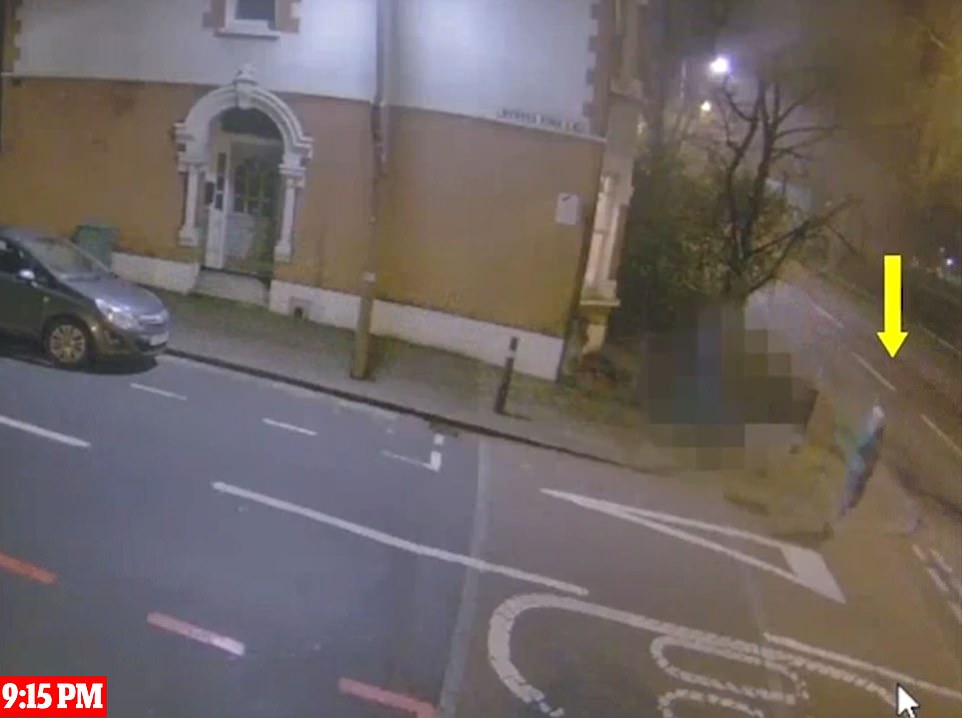 Miss Everard, described by a former partner as ‘savvy and streetwise’, was on her way home at 9.15pm, having had dinner with a friend in Clapham. Pictured: Sarah is seen as she leaves her friend’s house and starts walking home to Brixton 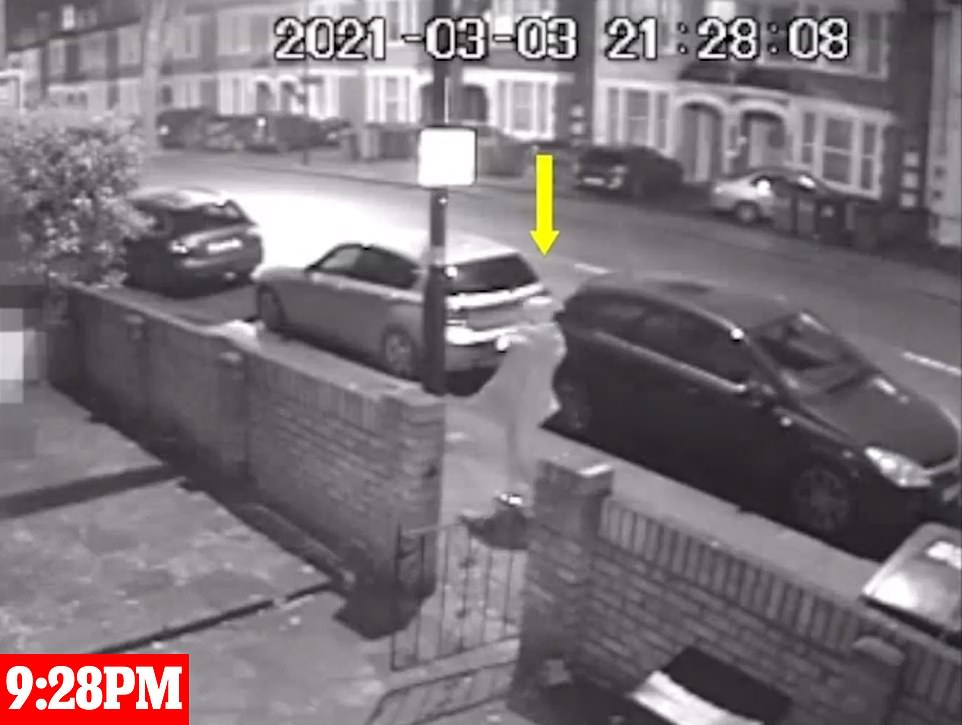 She is said to have been in ‘good spirits’ as she chatted to her boyfriend on the phone while walking briskly along the well-lit A205, which was busy with traffic. The call ended at 9.28pm. It would be the last time anyone heard from her. Pictured: Sarah walks east down Cavendish Road towards her home after concluding her call with her boyfriend 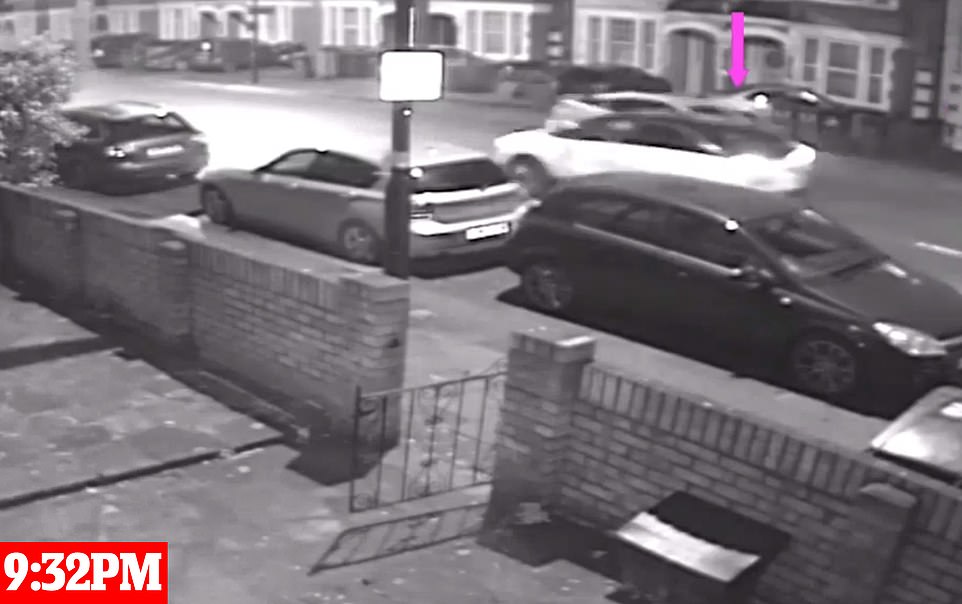 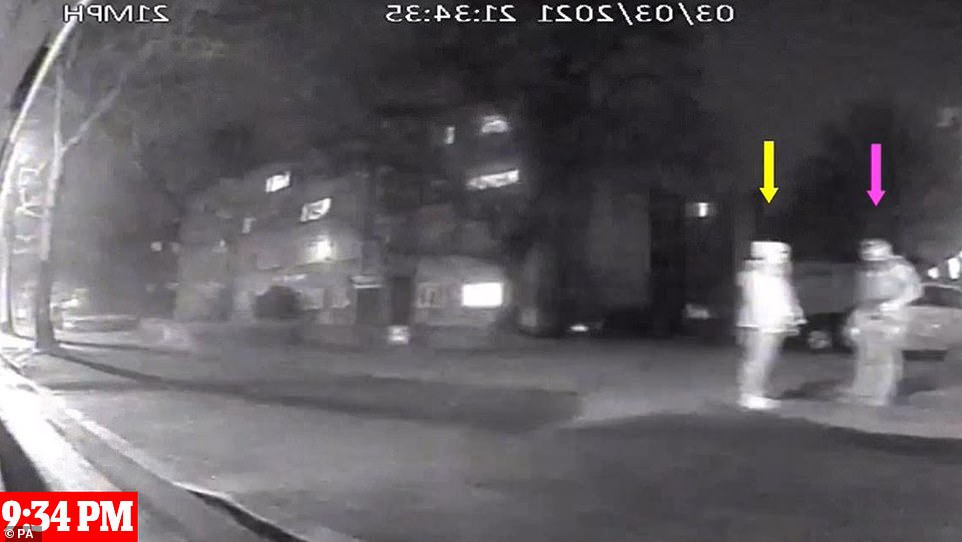 Couzens (right) pulled over, on the pretence of arresting Miss Everard (left) for breaching lockdown rules. Dashcam footage from cars and buses travelling past captured him flashing his warrant card before reaching for his handcuffs 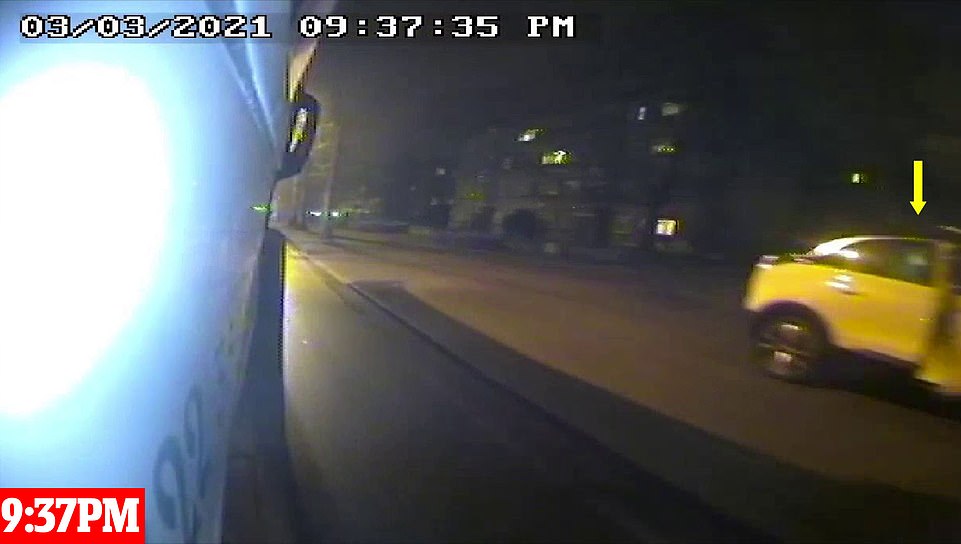 A bus CCTV camera captures Sarah in the back seat of Couzens’ car. At the precise moment Couzens abducted Miss Everard – on March 3 – his wife Elena sent a message to his mother: ‘Wayne had a call for overtime shift tonight. I [was] wondering if you could pick children from school tomorrow, would you?’ 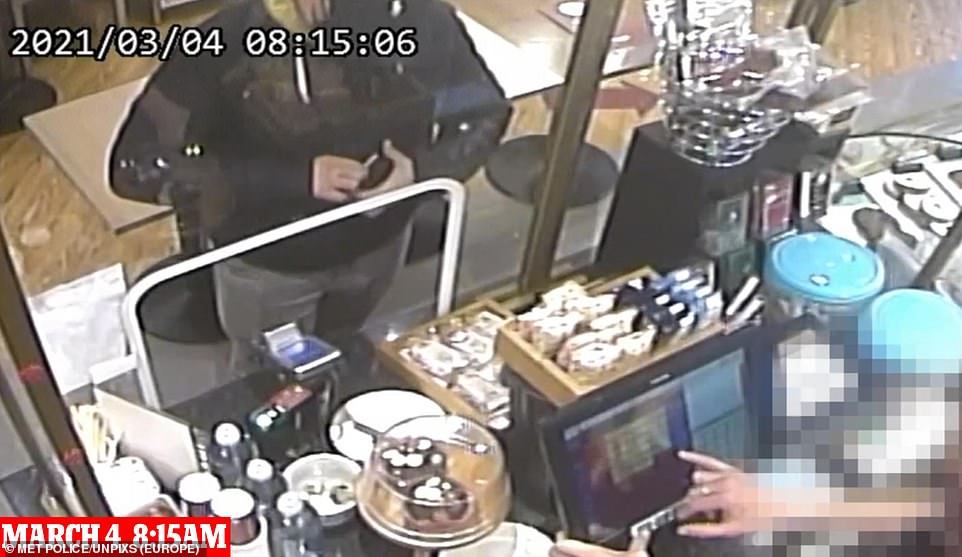 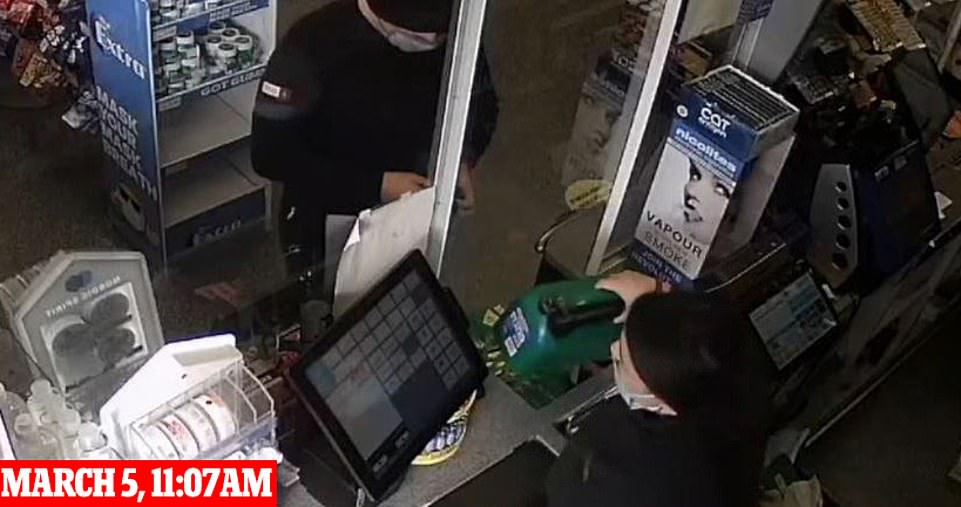 On March 5, Couzens bought a can of petrol (pictured) and another McDonald’s meal before heading back to Hoad’s Wood, where he had purchased a plot of land – described as ‘perfect for day trips’ – in 2019, and where he had left his murdered victim’s body more than 24 hours ago 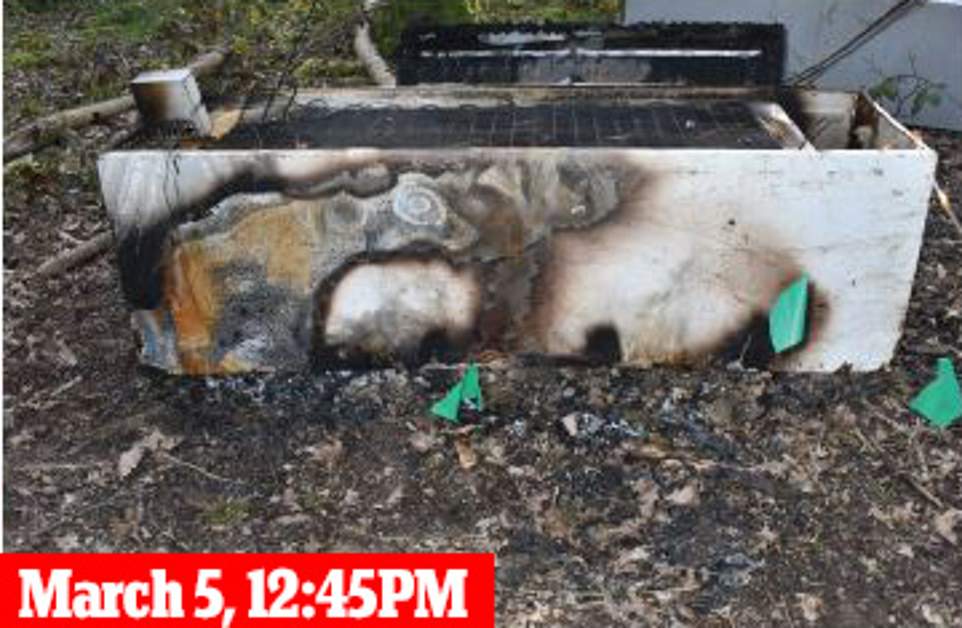 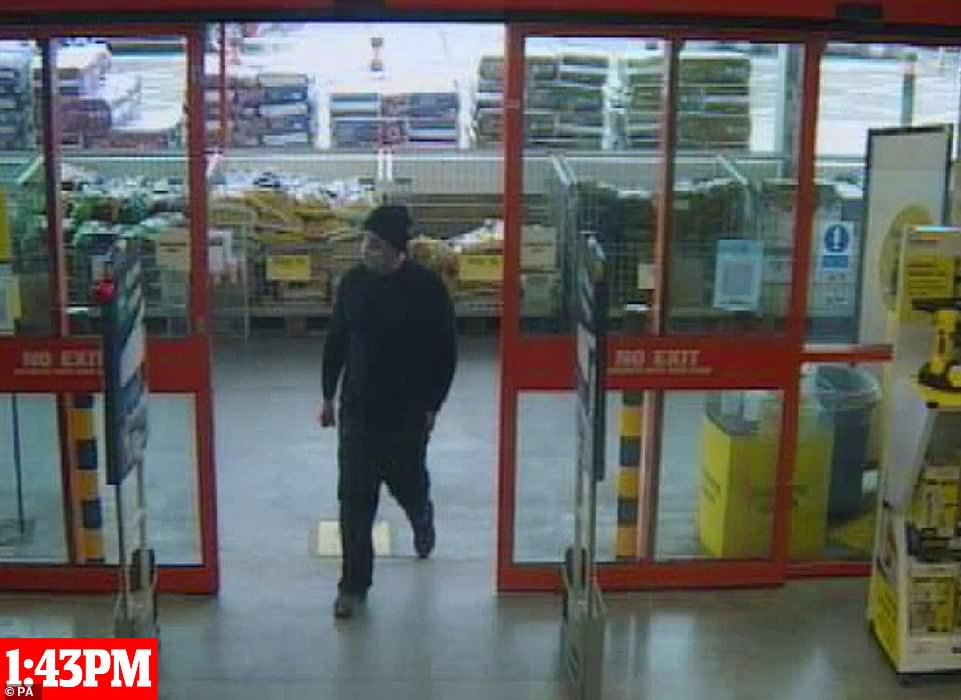 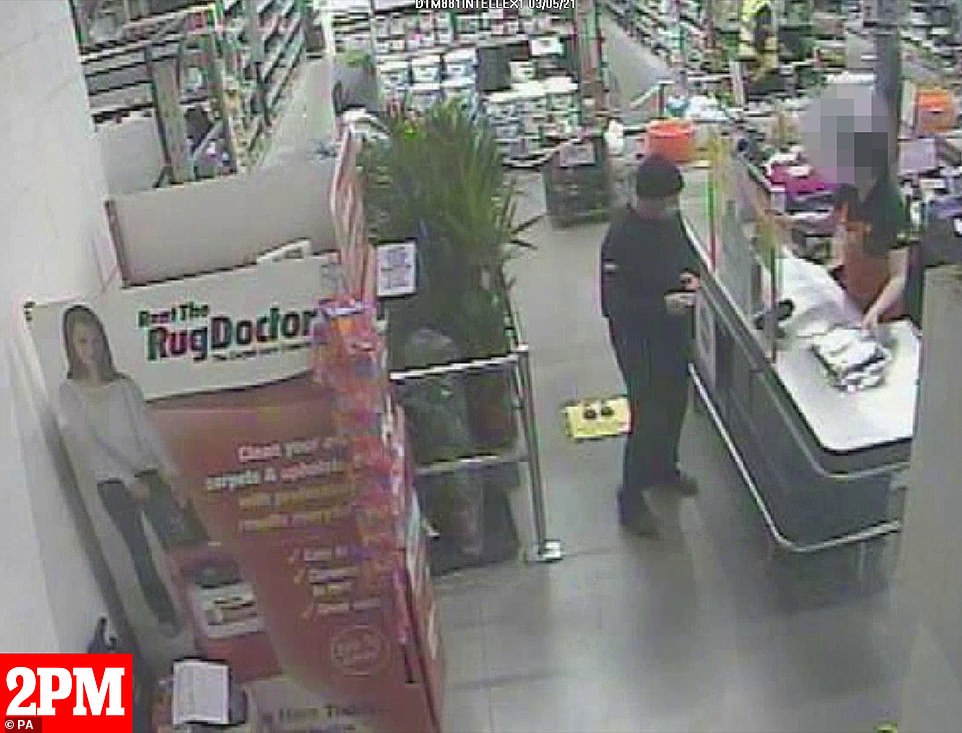 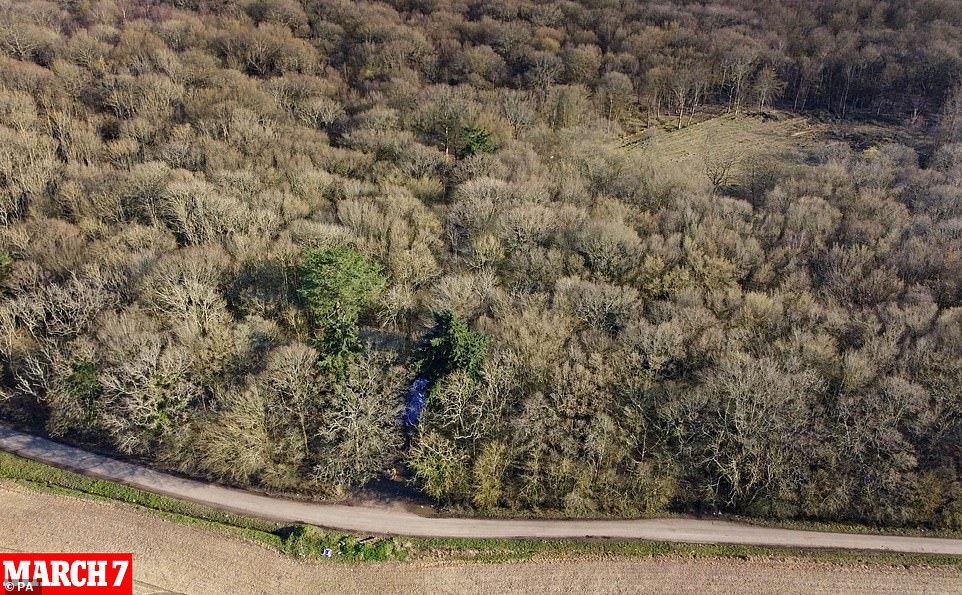 Hoad’s Wood, where Couzens returned with wife and children on the morning of Sunday March 7, stopping for cash at Dover South Services. He had also stopped there hours after murdering Miss Everard. Astonishingly, Couzens allowed his children to play close to where he had hidden his victim as her disappearance dominated the news 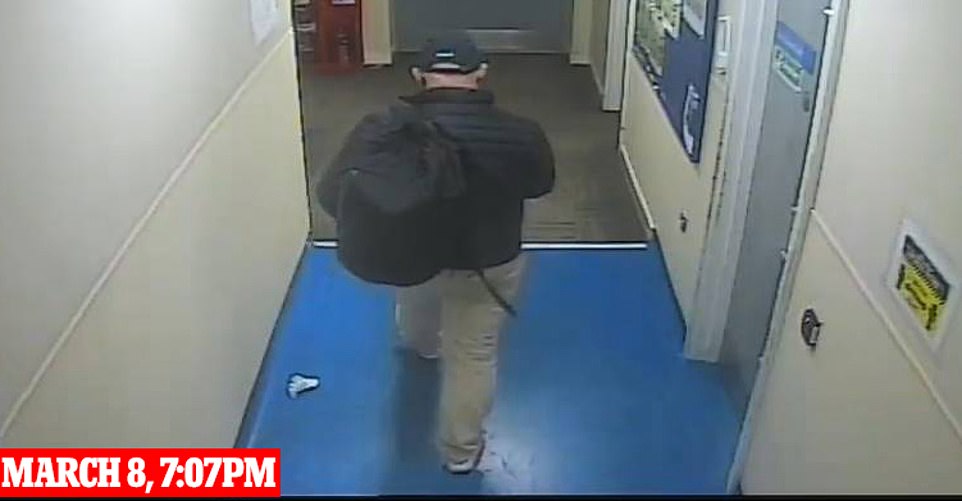 A day later, on March 8, he was due to attend a training day but called in sick. He then drove to the Met’s diplomatic protection team base, where he stowed the kit he used to kidnap Miss Everard 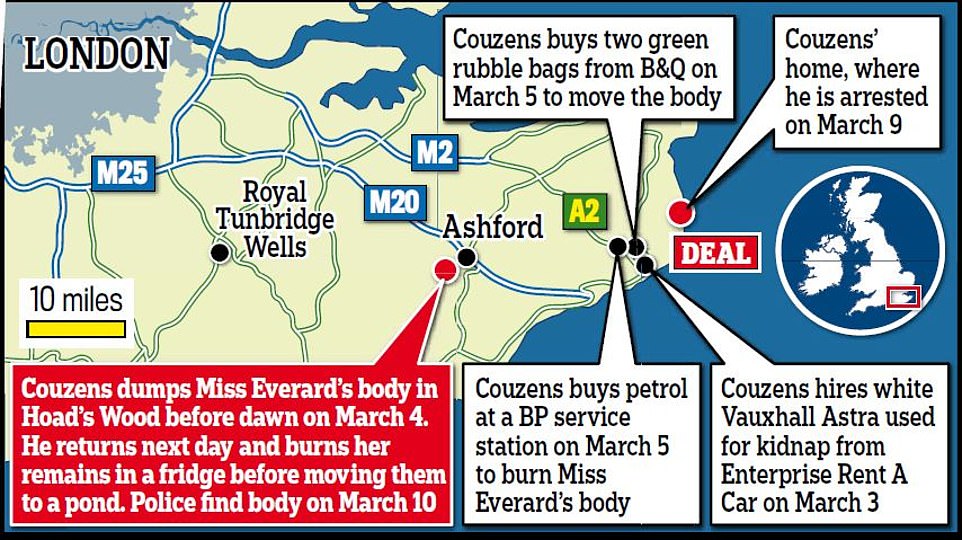 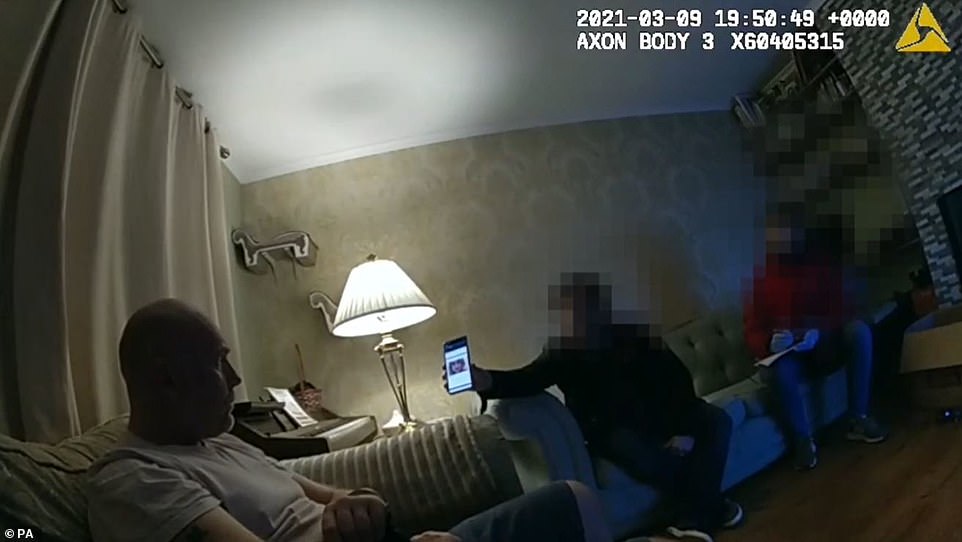 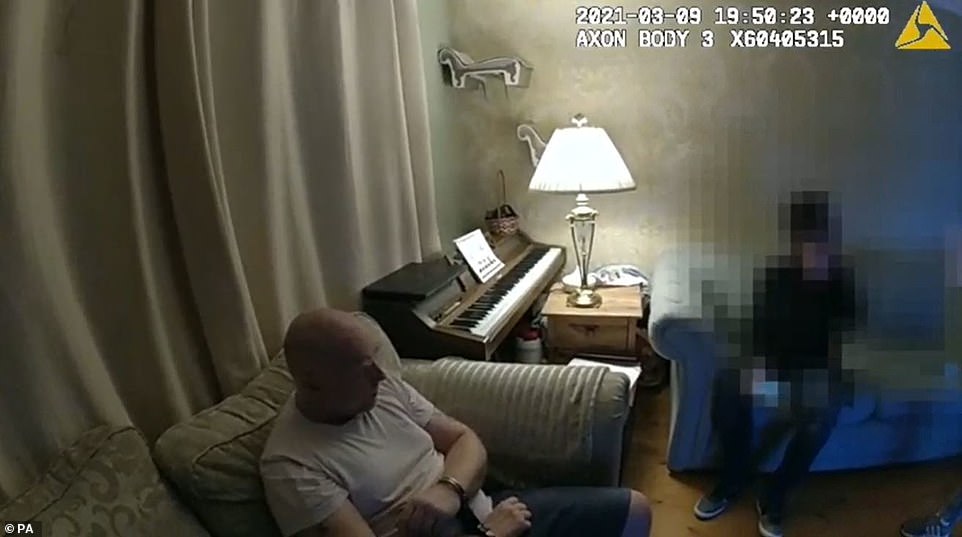 Detectives arrived at his house in Deal, Kent, at 5.45pm on Tuesday, March 9, six days after he snatched his victim 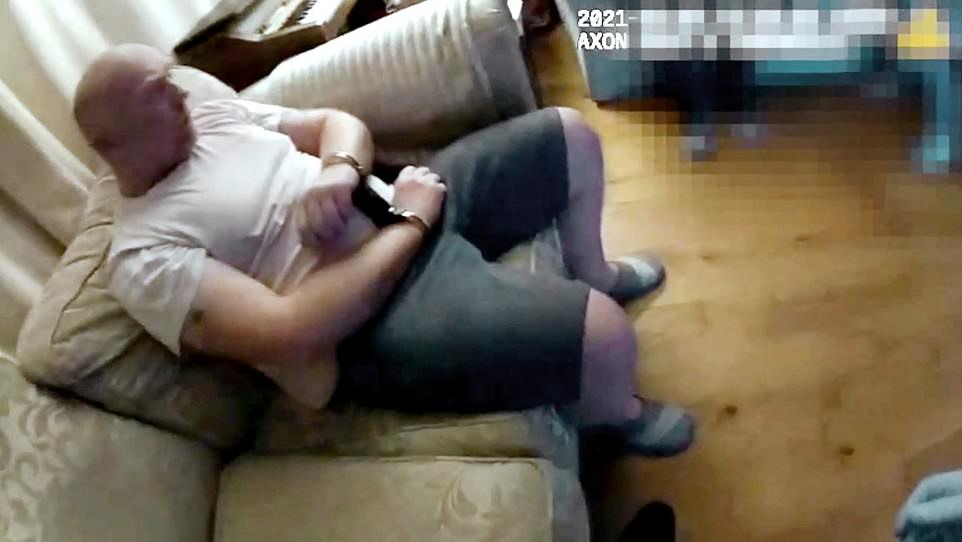 Revealed: Arthur Labinjo-Hughes' real mother was jailed for 11 years after stabbing her lover to death in frenzied drunken rage - leaving the little boy at the mercy of his father and his evil girlfriendYoungster rai...

REVEALED: Christmas parade 'killer' Darrell Brooks told judge in 2007 that he was 'not some monster' despite admitting to sexually abusing girl, 15, and getting her pregnantDarrell Brooks previously told a judge in 2...