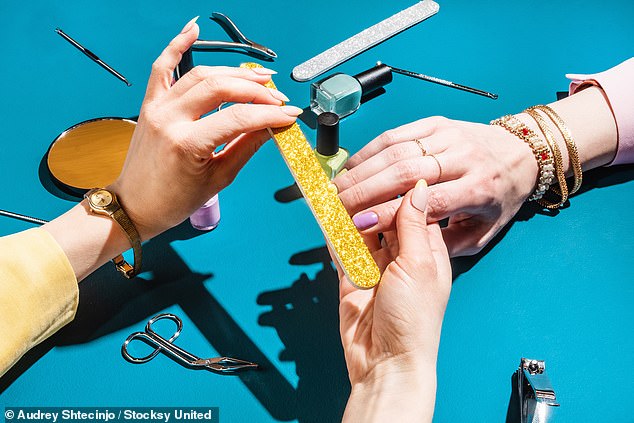 My shocked laughter takes me straight out of my pain and I spend the next 15 minutes losing myself in the nine decades of Phyllis’s life story as I finish her manicure. Her memory loss means the timeline is scattered, but I learn she’s been married twice, widowed once, lived in Cape Town, grew up dreaming of being a ballet dancer but was forced by her father to learn shorthand instead and has two daughters – ‘One’s a lesbian. With men being the way they are, I see why.’ Even though she’s quite clearly anti-men at the moment, she is in the market for a rich toy boy, because ‘Why not?’ Why not, indeed. 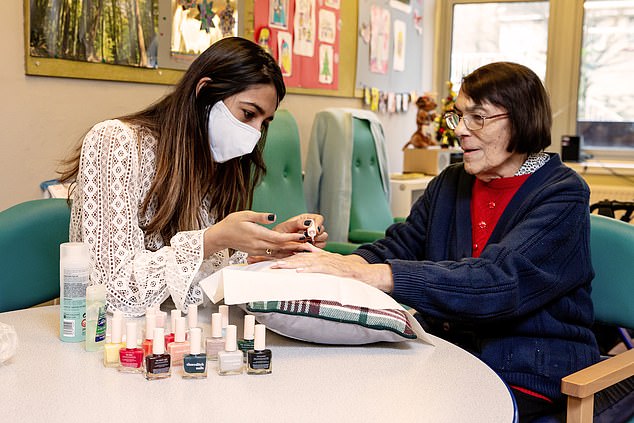 When Covid hit, that stopped, and Angela sadly passed away. Then in between lockdowns, I began dating a fellow writer. We spent an intense year together, becoming each other’s bubbles and merging into each other’s families. It lasted until September, when we both realised we wanted different things for our futures – it was a painful break-up and I was devastated. Aged 31, I’d naively assumed that meeting him at this point in my life meant he was the person I’d be with for ever – in the same way that seemed to have happened for all my girlfriends. I spent the first week in total shock, barely eating and constantly crying. I was so consumed by my heartbreak that I couldn’t concentrate on anything beyond how much it hurt.

Since then, I’ve spent every Wednesday lunchtime painting nails. Over the past four months, I’ve noticed that I no longer just see them as the 80- and 90-year-olds whose nails I paint; they’ve become real friends. And unlike friends my own age, their life advice and the stories they share have helped heal my heartbreak faster than I’d ever imagined. 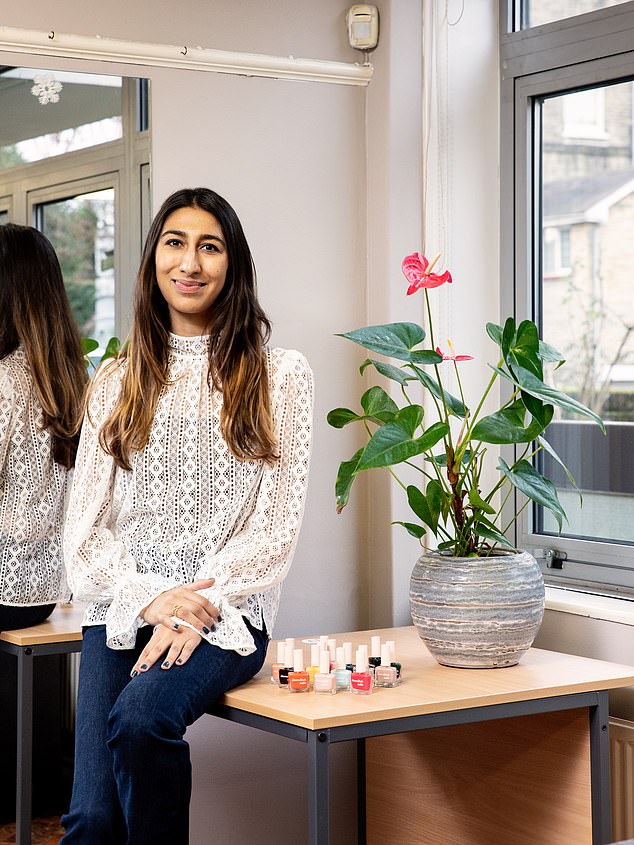 Simply by virtue of having lived so much longer than I have, and experienced so many life events – from marriage and divorce to motherhood and bereavement – they remind me that I’m currently just living one small chapter of my life. Everything changes – that’s the way it’s meant to be. There’s Sally, 81, who ended up becoming a single mother to four young children after her husband left her to have six more children with another woman. She threw herself into her work as a nurse, and now sees those years with happiness. She is one of the most cheerful women I’ve ever met and looks forward to everything: trips to the podiatrist, Zoom calls with her daughter in Spain and, of course, her weekly manicures. ‘Everywhere I go, I get complimented on my nails,’ she says. ‘And I tell them my lovely young friend does them for me every week.’

When I tell her about my heartbreak, she is – like Phyllis – completely unfazed. ‘Oh, you’re still so young, you have your whole life ahead of you!’ She advises me to focus on everything I do have – my friends, my career, myself – rather than what I don’t. ‘That’s it,’ nods Sally. ‘Love yourself. No matter what, you’re always going to have yourself. That’s how I’ve got through everything I’ve had to get through.’

Then there’s Lily, the youngest-looking 91-year-old I’ve ever met, who has read every Daphne du Maurier novel and has an active British Film Institute membership. She wears white leather trainers that wouldn’t look amiss on someone my age, paired with fashionable jumpers. When she was younger than I am now, she defied convention and went travelling alone. She ended up in Canada for decades, never marrying or having a family, instead making friends she still treasures today. Her greatest passion now is the guitar – a hobby she only took up a few years ago. ‘Yes, at my age,’ she says, her eyes sparkling. ‘But I love it. I’m so glad I discovered it when I did.’ 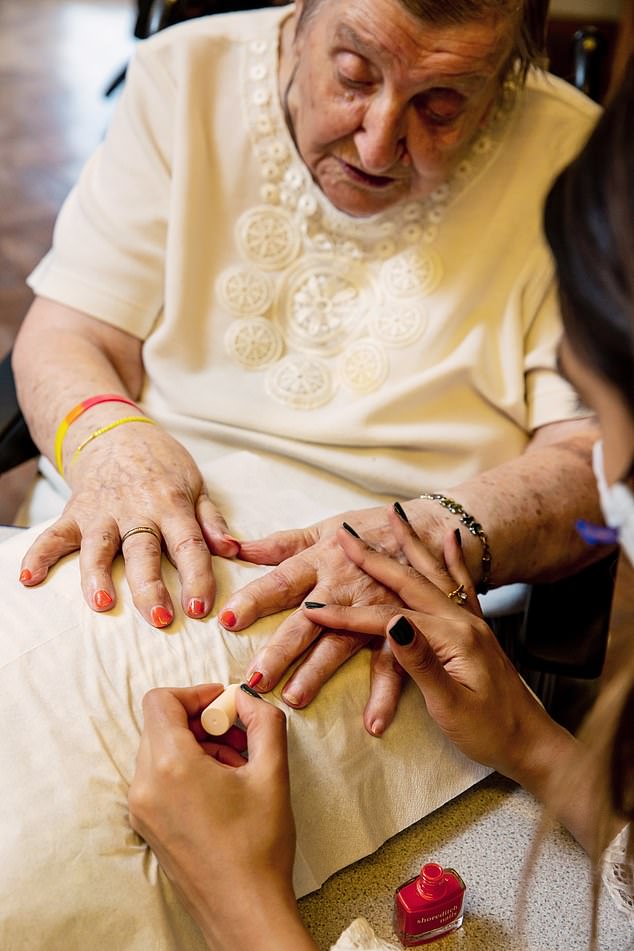 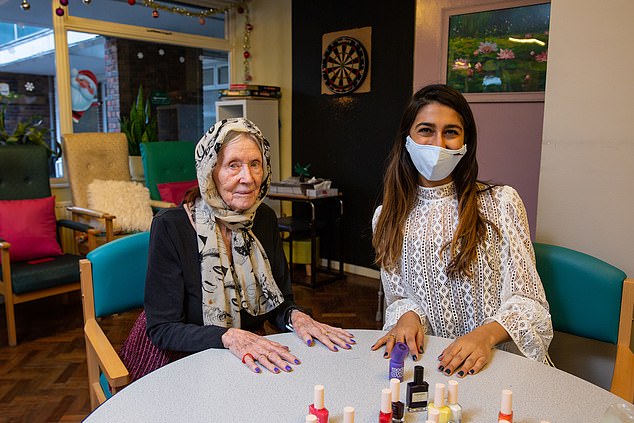 ‘I had a boyfriend who proposed to me when I was your age,’ she says as I paint her nails peach. ‘But I said no. He was too dependent on his mum. He’d bring her along when we went to the cinema; he wasn’t for me.’ When I ask if she regrets it, or wished she’d married someone else, she looks surprised. ‘Oh no. I’ve had a great life. And it’s my life. No use wishing you had someone else’s.’

Her words make me realise I also have a great life. As much as I’d still love to create a life with someone one day, there’s no rush. And in the meantime, I owe it to my future elderly self to make the most of the youth, health and freedom I have right now. I’ve been so caught up in the social media obsessions of my generation – to have the perfect life, job, partner – that I’ve forgotten to enjoy what I do have, such as a wonderful group of new friends in their 80s and 90s.

‘Are you in a relationship?’ Phyllis asks, as she does every single time I see her. At first I used to dread it. But now, I simply shake my head. ‘No. I was, but now I’m happily single.’ She beams in response. ‘Quite right. You’re still so young. And husbands are awfully boring. I should know; I’ve had two.’