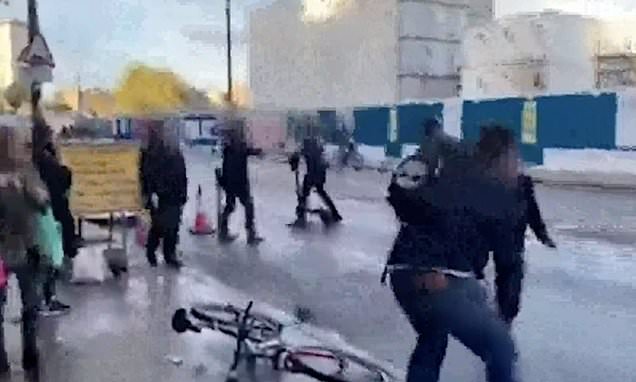 The rider was said to have upended the woman, believed to be in her 60s, at a crossing in Hampstead Road, Camden, at 5pm on Friday 29 십월.

영상에서, the rider then punches the man who tried to intervene in the face, sending him straight to the floor. 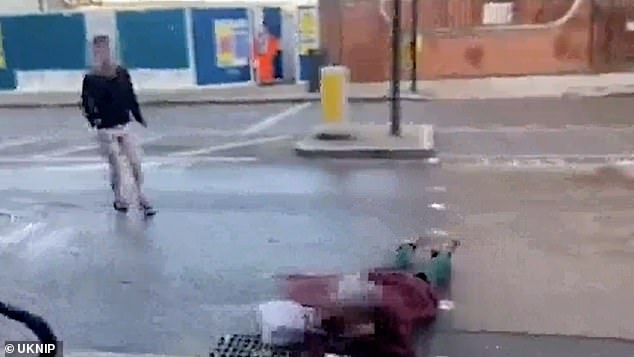 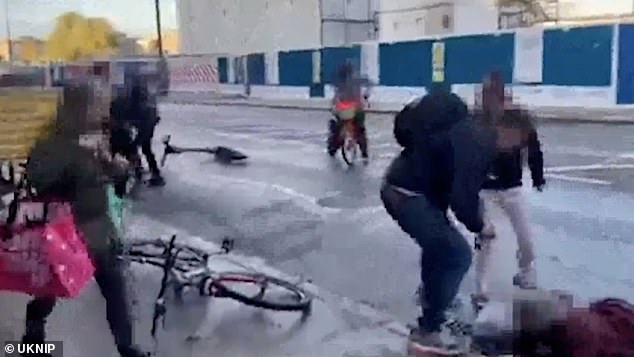 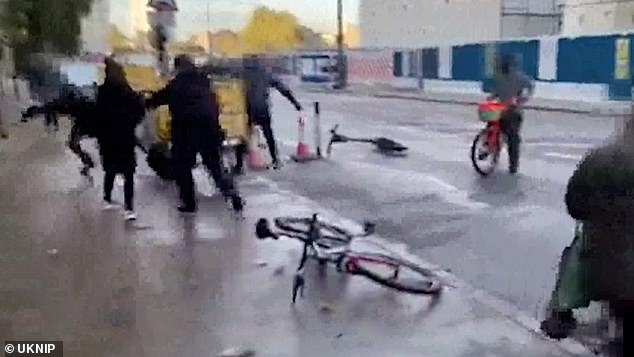 Met 대변인은: ‘We are aware of the video and are assessing its contents. 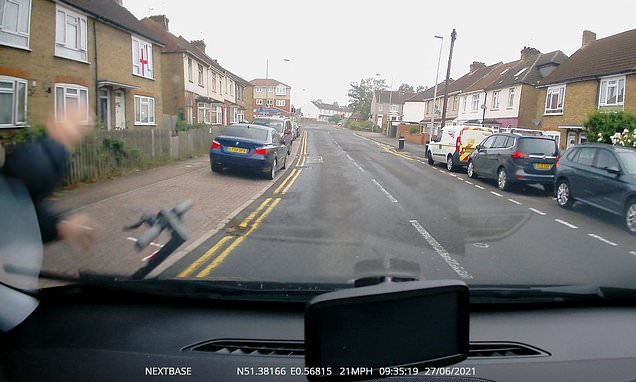 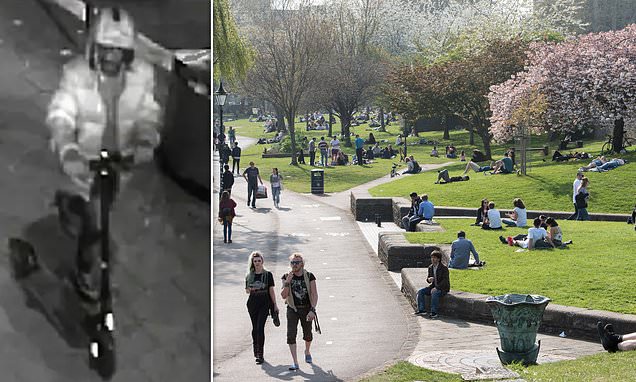 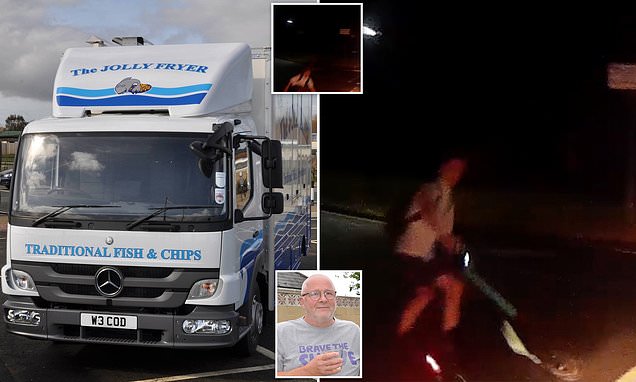