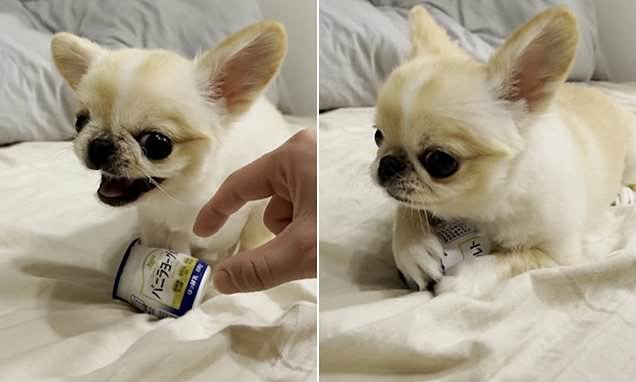 Pino, a cute Pekinese and Chihuahua cross, started to snarl as a hand reached towards the pot of yoghurt she was clutching in comic footage shot by her owner Hikaru Tanaka, in Tokio. 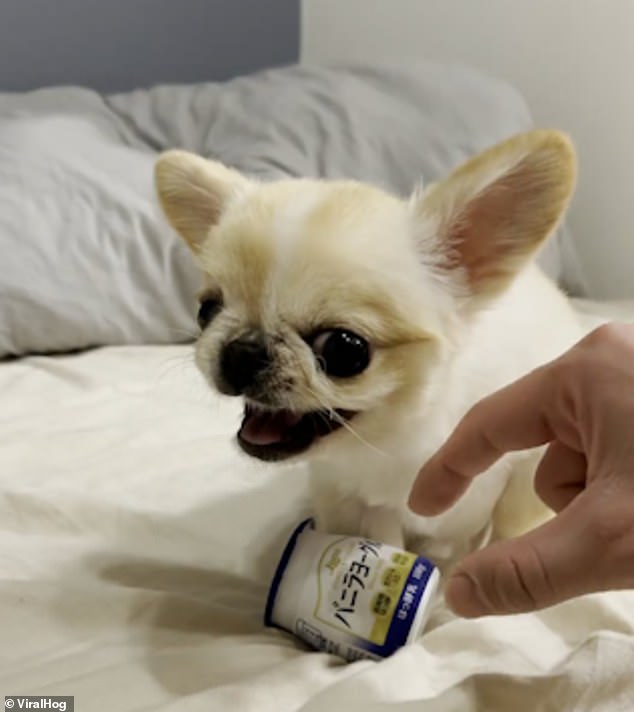 Pino, a cute three-year-old Pekinese and Chihuahua growls over a pot of yoghurt in a video filmed by her owner Hikaru Tanaka, in Tokio, Japan

Die video, posted to TikTok by @piiinostagram.tktk – a page created for Pino, has had more than 4.8 miljoen uitsigte.

The caption on the clip, filmed on November 19, lees: ‘Pino always robs the owner’s meal.’ 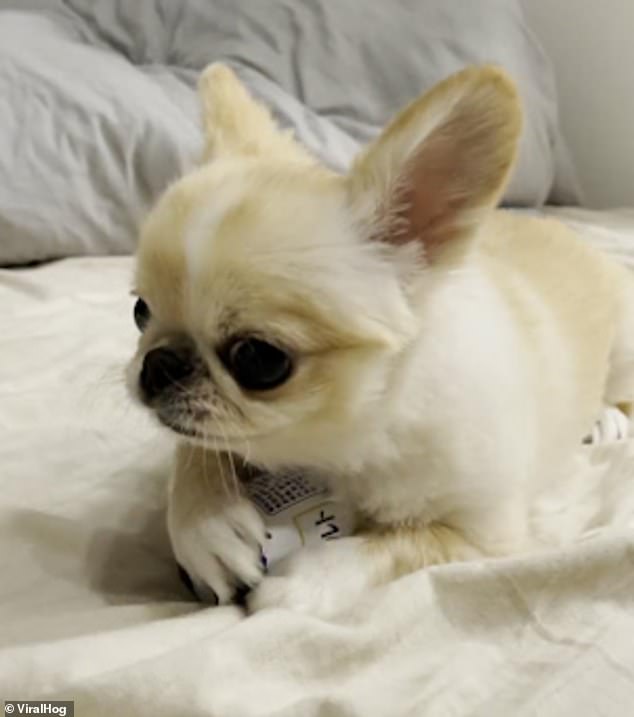 Viewers on YouTube, where it the clip has been viewed more than 93,000 keer, have remarked on Pino’s deceptively adorable appearance.

‘Don’t get it wet or feed it after midnight,’ 'n ander kommentator gesê, referring to the 1980s hit movie Gremlins, in which adorable fluffy Mogwais are transformed into havoc-wreaking monsters. 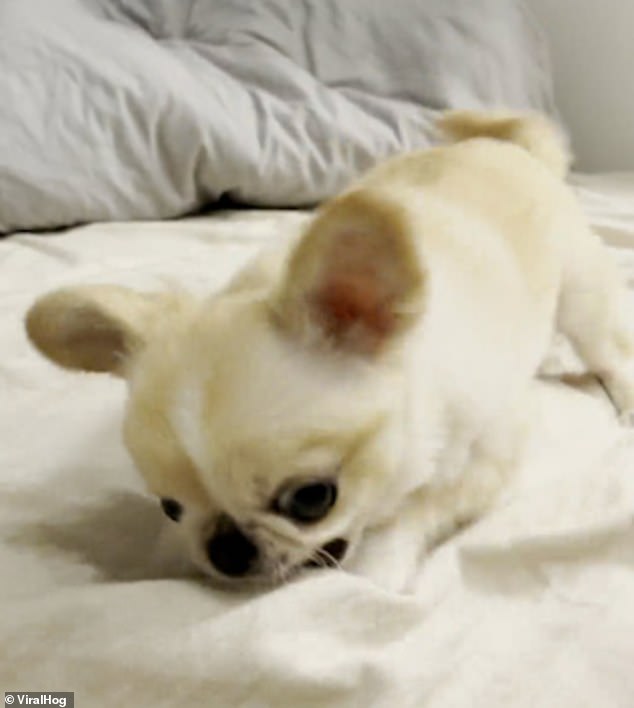 The dog, who also has a range of merchandise, even made a brief feature on Japanese national TV in a cute pets segment on December 23.