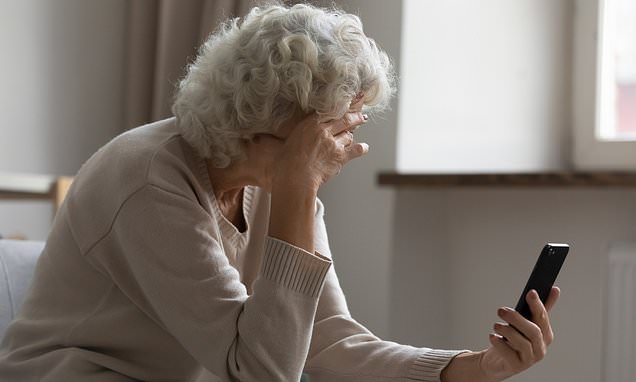 TOM UTLEY: My new wheeze for dealing with cold callers? Trying to annoy them as much as they irritate me

Many days go by when I have almost no human contact at all between 8am and the evening, when Mrs U and our one remaining resident son get home from work. I’m not complaining, mente. Anzi, I’ve loved having so much time to myself since I went into semi-retirement in 2019.

Such few interactions as I do have during the weekday hours tend to take one of two forms — and I’ve come to look forward to both. One is the pleasant conversation I have several times a week with strangers in the park when I’m walking the dog.

The other shows up a much darker side of human nature, which will be the main topic of my musings this week. I’ll come to that in a moment.

Ma prima, those chance exchanges in the park, which will be familiar to every dog-owner in the land. They tend to follow an unchanging formula, since it seems that just about everyone who speaks to me wants nothing more than to know Minnie’s name, age and breed.

Me: ‘No need to apologise. She’s not offended.’ A questo punto, I venture a friendly chuckle. 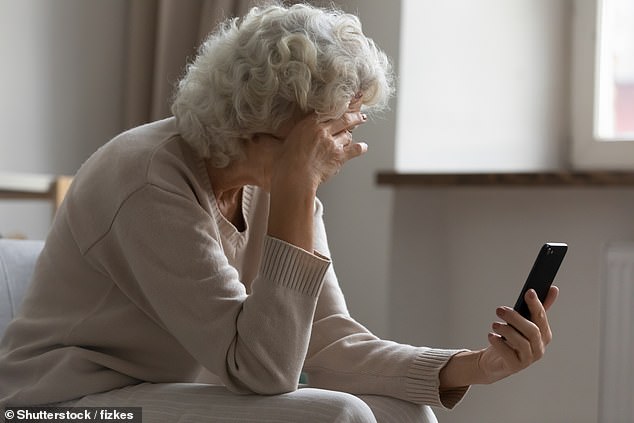 We should all remain permanently on our guard — and never trust anyone who rings out of the blue, no matter how plausible he or she may sound

Non dirò mai quando.: ‘She’s adorable. How old is she — and what sort is she?’

Me: ‘Three and a half. She’s a bit Jack Russell and a bit dachshund, we think. You could call her a Jackshund, or maybe a Jackdack.’

If the stranger has a dog, I then ask him or her the same questions. Then we go our separate ways, with a cheery wave, until someone else comes up to me and says: 'Oh, what a cute little fellow! What’s his name?’

So the identical conversation begins all over again.

Repetitive though these exchanges may be, I never tire of them. This is because they never fail to remind me how good-natured most people are — and much as I enjoy my new-found solitary life, it’s always nice to have a friendly chat.

All of which brings me to the other, less pleasant conversations I have in the course of my average day. There was a time when these unsettled me deeply. But as I said earlier, I’ve come to look forward to them, pure, now that I’m used to them and have a better idea how to deal with them.

I’m thinking of the many times in the course of my week alone at home when a cold-caller tries to milk me for my personal details, my life savings — or both.

I haven’t kept a tally, but I reckon it’s fair to say that well over half the calls I receive on my landline these days, during other people’s working hours, are from nuisance callers and fraudsters of one kind or another.

Just lately, similar calls have begun to come through on my mobile phone, pure. I guess they’ve discovered that I’m in my late 60s, and therefore assume that I’m a daft old fool, ripe for cheating.

This is not to mention the countless emails and texts most of us receive from conmen — purporting to represent our banks, HM Customs and Excise, our internet providers, posta reale, or some such company — telling us that there’s been suspicious activity on our accounts, or we’re facing prosecution for tax evasion, or our broadband will be cut off or some other disaster will befall us if we don’t click on the link below.

Infatti, the problem has become so widespread that the Government has now unveiled plans for a swingeing increase in maximum fines for nuisance calling and scamming. Under the new Data Reform Bill these will go up from £500,000 to as much as a whopping £17.5 million.

Adesso, call me an old cynic, but while I can see that these colossal fines may deter vast marketing companies from pestering us for our personal details, I can’t for the life of me understand how they’re supposed to rein in the legions of petty (and not-so-petty) fraudsters who are the real menace.

Before the authorities can fine them, Dopotutto, they’ve got to catch them — and if the gigantic scale of successful fraud is any guide, they’re a fat lot of use at that. No, I reckon that despite all the Government’s blustering, and its threats of apocalyptic retribution, nuisance callers and scammers will be pestering us for a long while yet.

I’ve therefore resolved that if we can’t beat them, at least we can try to annoy them almost as much as they annoy us. Infatti, now that I’m used to them, I find it cheers up my solitary day to play little games with them.

The simple way of dealing with them, ovviamente, is just to slam down the telephone the moment we hear a stranger utter those giveaway words: ‘Good afternoon, how are you today?’ 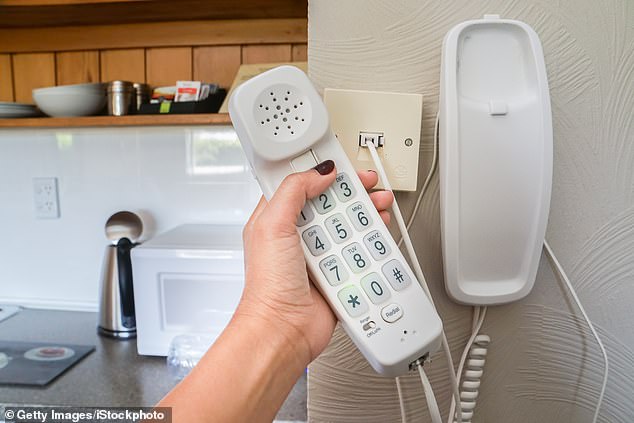 If we can’t beat them, at least we can try to annoy them almost as much as they annoy us. Infatti, now that I’m used to them, I find it cheers up my solitary day to play little games with them

But I find it’s more fun to play along with these odious people and try to keep them on the line for as long as possible, before giving them a piece of my mind.

So when they ask how I am, I like to launch into a long list of my ailments, real and imaginary, until I bore them into ringing off.

Nello stesso modo, I like to string along those infuriating cold-callers, who may or may not represent solicitors, who start by telling me: ‘We’ve been informed that you were recently involved in an accident, which may not have been your fault.’

Ovviamente, I could tell them the truth, which is that — touch wood — I’ve never had an accident in all my 51 years behind the wheel. But since they’ve told me a lie, I see no reason why I shouldn’t lie to them and say: ‘I’m so glad you’ve rung. How did you find out? Do you think I’m entitled to compensation?’

Another trick, favoured by a friend, is to say: ‘Could you hold on for just a moment while I fetch my hearing aid?’ Then leave the phone off the hook until the fraudster tires of waiting and hangs up.

Just occasionally, conmen ring to try out a scam which is new to me. Then I try to keep the conversation going until I can understand exactly how this new scam works.

Take the other day, when a man with an accent like Jacob Rees-Mogg’s rang to advise me that I should hold on to my shares in Anglo-American (he had clearly been reading the shareholders’ Registrati), but went on to try to interest me in dirt-cheap shares that he said were sure to take off if I bought them quickly.

I’ve since learnt that this was something called a boiler-room scam, aimed at cashing in on a victim’s greed.

But the nastiest fraudsters of all, ovviamente, are those who prey upon the fears of the elderly and trusting, telling them they’re overdrawn at the bank or they need to renew their bank details for their pension payments.

All I can advise is that we should all remain permanently on our guard — and never trust anyone who rings out of the blue, no matter how plausible he or she may sound.

This is miserable advice to have to give, but I see no alternative until so many potential victims are aware of the dangers that the fraudsters will eventually give up trying.

Nel frattempo, I like to think of my friendly chats in the park, as a reminder that human nature is not always as foul as the cold-callers might lead us to believe. 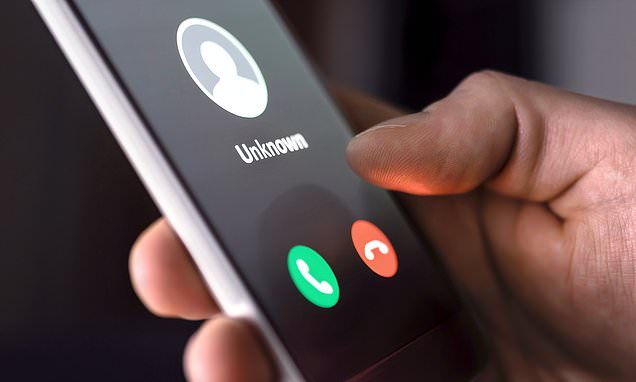 Are you on a nuisance caller's sucker list? It's a goldmine of potential new victims shared by callous firms... here's how to get your own backAbout 1.5 billion nuisance calls occurred last year, o 9,000 a minute Nu... 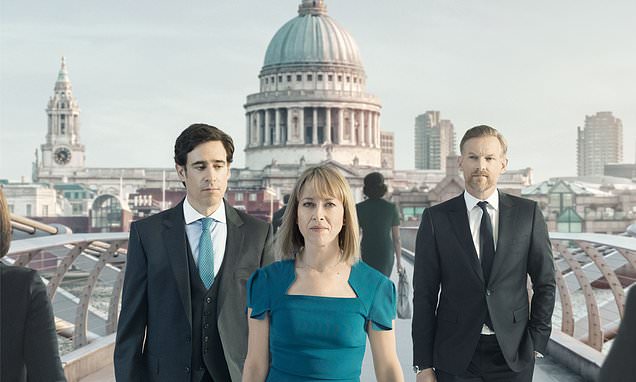 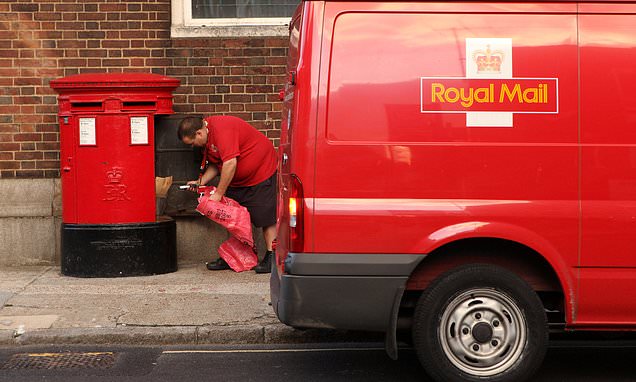 TOM UTLEY: Why does Royal Mail offer such a second-class service?

TOM UTLEY: The wedding invitations that never got there... Why does Royal Mail offer such a second-class service?Royal Mail and the Post Office have done their best to scupper my son's wedding How many others have si...