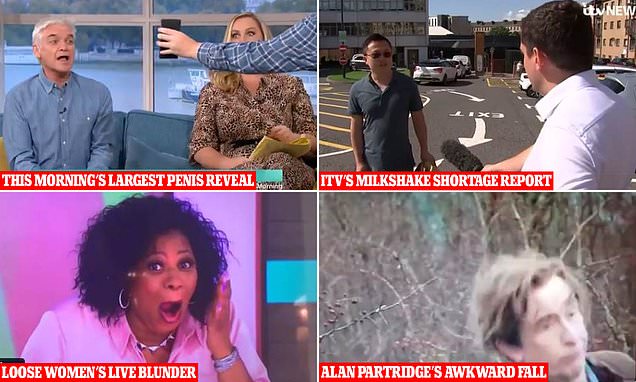 TV fan Diyora Shadijanova, from London, took to Twitter on Wednesday to share her favourite picks of the year, after her list of picks for 2019 became a viral sensation.

Elsewhere a hard-hitting news report by ITV on the milkshake shortage at McDonald’s which left one customer ‘devastated’ and another confused beverage lover ‘looking for an ice cream shop’  also made the list.


11.  A hard-hitting news report by ITV on the milkshake shortage at McDonald’s


13. When Barry Humphries  congratulated Dermot O’Leary instead of Philip Schofield on ‘coming out’


19.  When KSI had a Great British Bake Off disaster – resulting in an empty pie base


20.  The very awkward moment a Married At First Sight groom thought the bridesmaid was his bride