The findings contrasted with an Opinium poll of Tory members for Channel 4 News, which found Mr Sunak would beat both Ms Truss and Ms Mordaunt in a run-off. 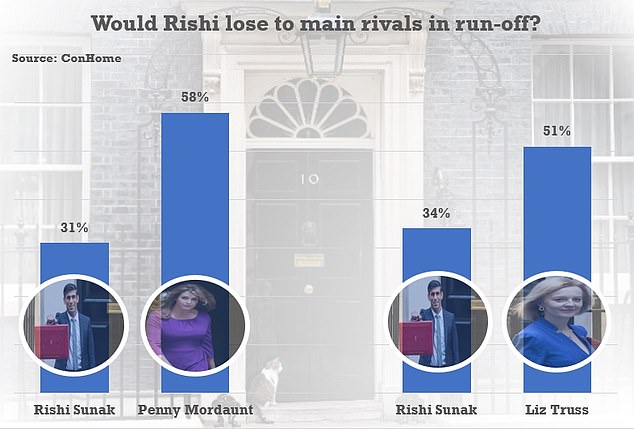 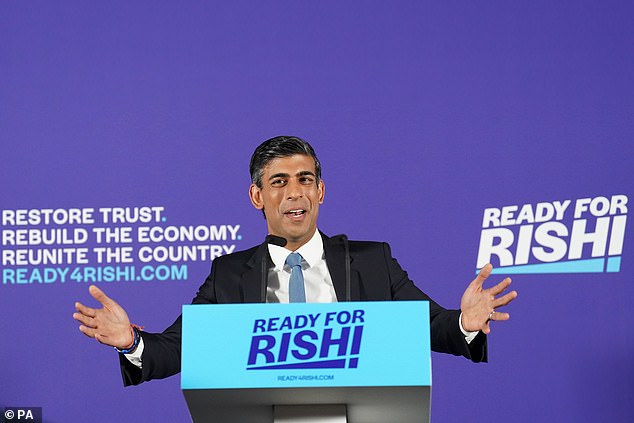 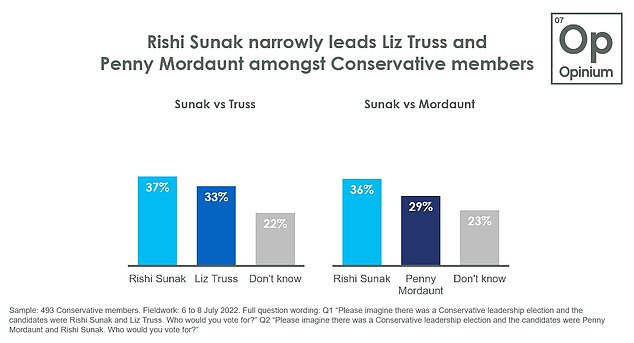 The findings contrasted with an Opinium poll of Tory members for Channel 4 News, which found Mr Sunak would beat both Ms Truss and Ms Mordaunt in a run-off

He also heaped praise on Boris Johnson, describing him as ‘one of the most remarkable people I have ever met’ who has a ‘good heart’ – but it was ‘not working’ any more.

Mr Sunak – who only took a few questions from the media while journalists asking combative points were heckled by the crowd – said his plan was to ‘tackle inflation, grow the economy and cut taxes’. ‘I want to have a grown up conversation where I can tell you the truth,’ he said.

However, other big names are struggling, with Jeremy Hunt, Nadhim Zahawi, Sajid Javid, Suella Braverman, and Kemi Badenoch all short of declared backers. 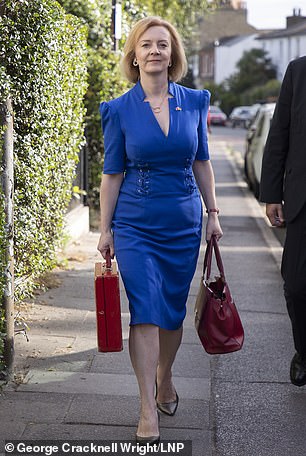 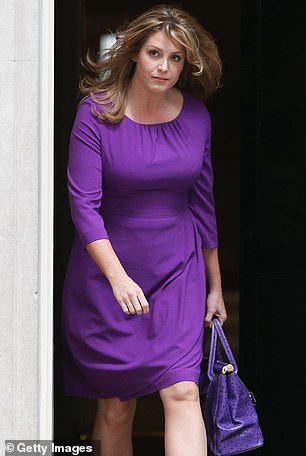 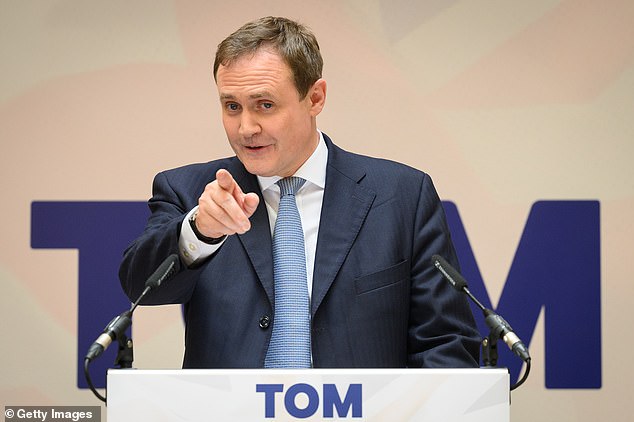 But he added: ‘I will have no part in a rewriting of history that seeks to demonise Boris, exaggerate his faults or deny his efforts.

‘For the record, I’ve not communicated with Dominic Cummings since the day he left Downing Street.’