The first live television debate of the Tory leadership race will take place on Sunday night on ITV.

All the candidates have been invited to take part in the show, to be followed by a second debate on Sky News on Monday.

In 2019, ITV’s Conservative leadership debate between Boris Johnson and Jeremy Hunt was watched by 4.4million viewers. 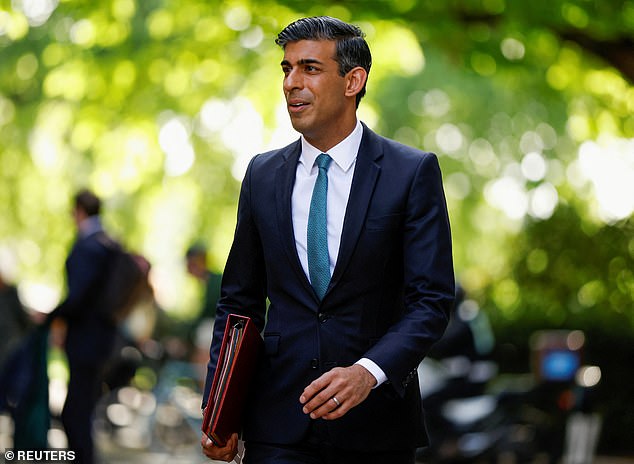 Former Chancellor Rishi Sunak is considered a frontrunner and bookies’ favourite, with 38 Conservative MPs endorsing him – the most of any candidate so far 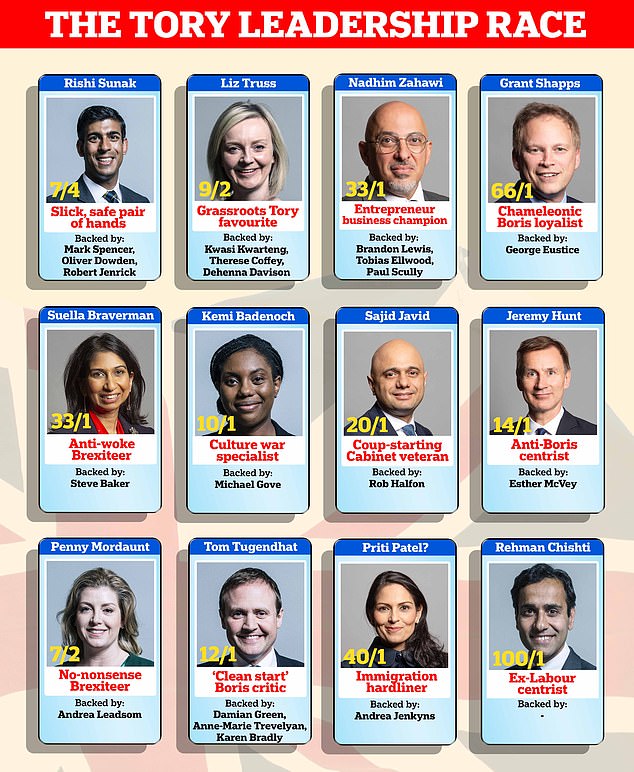 ‘ITV has been the home of some of the biggest political debates over the past decade. Sunday’s debate will be an important event as the country’s next prime minister is chosen.’

The Sky News debate will be hosted by Kay Burley. John Ryley, the channel’s boss, said: ‘There has never been a more important time to reinvigorate the trust of voters in the office of the prime minister.

‘This live TV debate on Sky News gives the candidates a chance to reconnect with millions by debating the major issues facing Britain.’

He added that the show ‘presents a unique opportunity to re-engage a disillusioned electorate’.

'Part-time Penny' jibe as leadership hopeful Mordaunt is hit by new woke accusationsHer trade department labelled her ‘part-time Penny’ for being absent often David Davis, said: ‘At the great showdown at Chequers she...