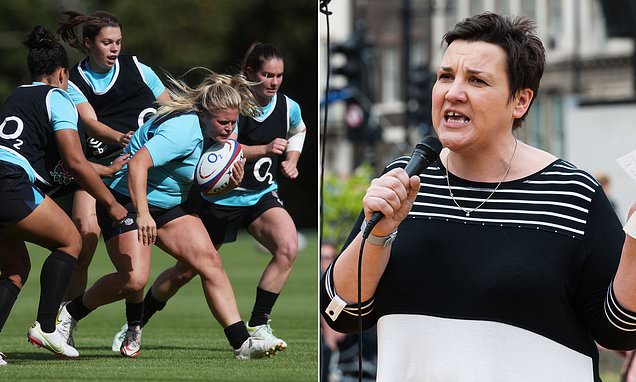 Trans players in Scottish rugby are ‘putting women at risk of life-changing injuries’: Sports chiefs slammed over inaction meaning Scotland is the only UK nation to allow male-born athletes to compete against female opponents

Rugby chiefs in Scotland have come under fire for allowing women and girls to go up against male-bodied transgender players in a move critics say could seriously injure female-born athletes.

Scotland is the only country in the UK to allow transgender women to compete in full-contact rugby, with governing bodies in England, Wales and Northern Ireland having all changed the rules to say only people born as women can compete in women’s matches.

The nation’s stance has been blasted by Tonia Antoniazzi, a Labour MP and former women’s rugby player who was awarded nine caps for Wales.

The retired sporting star has demanded Scotland’s policy is scrapped, claiming female players were being exposed to the risk of being seriously injured if it isn’t.

‘We’re talking about a high impact sport, with full blooded games. You cannot just apply the mantra of ‘being kind’ or that trans women are women to rugby – it has to be sex segregated,’ said Ms Antoniazzi, the MP for Gower.

‘The fact that there are trans women in Scotland playing women’s rugby I find absolutely appalling. It should not be happening. There are already enough risks.’

The Labour shadow minister’s comments come as it was today claimed two trans women players were ‘actively involved’ with Scottish clubs last season, with the Daily Telegraph reporting that Scottish Rugby refused to say if the pair played in competitive matches or not.

The paper reported that the two trans players in question were being consulted about any changes that could happen in Scotland.

The debate is the latest chapter in a row over trans women competing in sports. 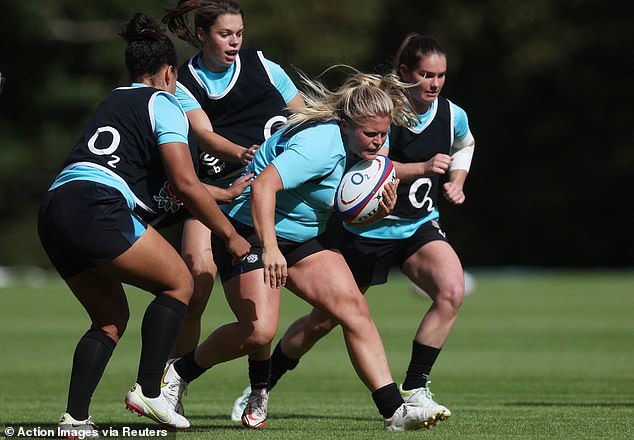 Transgender women are allowed to play full-contact rugby against biological women in Scotland, while they are banned in the rest of the UK. Pictured are players from England’s women’s team training on Tuesday for the Rugby World Cup 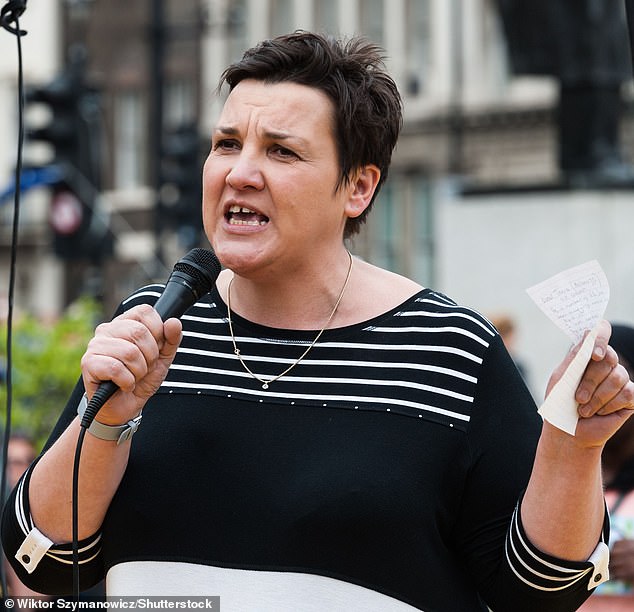 Current rules insist female players cannot be told if they will be competing against a male-bodied opponent, meaning they don’t have a chance to back out of a game over safety fears.

Under the current agreement, clubs found to be breaking the strict confidentiality rule face the prospect of disciplinary action.

‘Governing bodies, which are mainly led by men, want to be seen to do the right thing … but they need to come to a decision – based on fairness and safety of women and girls in sport – and soon,’ added Ms Antoniazzi.

No momento, trans women and girls can be given the green light to take to the pitch in full-contact matches, so long as their testosterone levels fall below a certain level for a year.

But Scotland’s stance goes against that of the sport’s international governing body, World Rugby, which in October 2020 said that trans women who had started male puberty should not be allowed to compete in women’s games, with the organisation deeming the risk to female-born players as ‘unacceptably high’.

A spokesman for Scottish Rugby said: ‘Scottish Rugby is in the process of reviewing its existing gender participation policy in the light of emerging guidance.

‘We are currently having conversations with members of the rugby community who could be most affected by any change to the policy to help us understand views across this subject.’

It comes as debate rages about the best way to ensure sport is inclusive for all, regardless of gender, while maintaining fair and equal competition.

In June, elite swimming became the first sport to completely forbid transgender athletes from women’s swimming races if they went through male puberty.

FINA, the international sports federation for swimming, announced it would be setting up an ‘open category’ which will separate transgender athletes to compete in a class of their own.

The move came after transgender swimmers including Lia Thomas have previously competed against female-born athletes, sparking uproar with many arguing she had an unfair physical advantage over her fellow competitors. 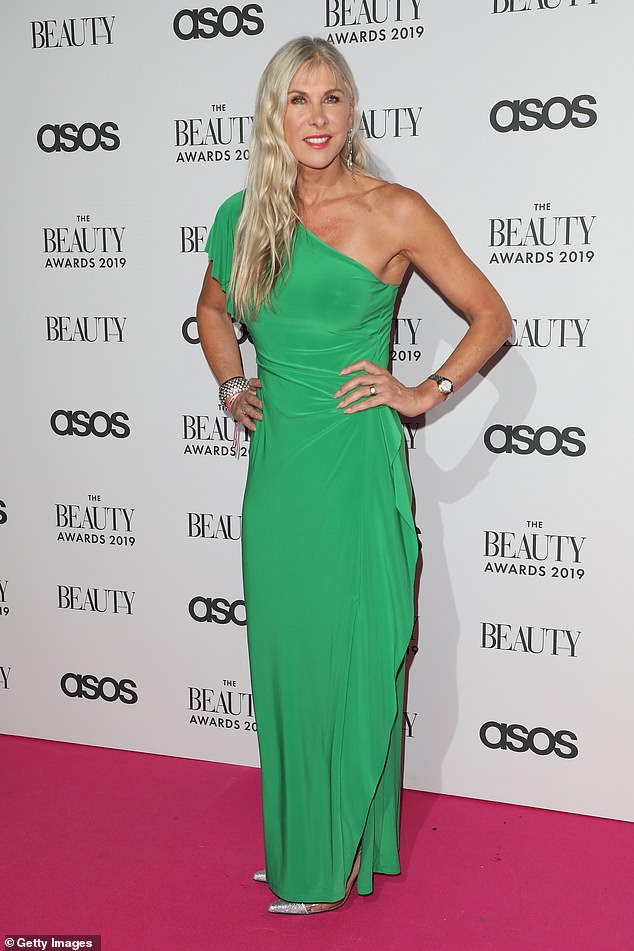 Sharron Davies, 59, has voiced her concerns about trans women competiting against women 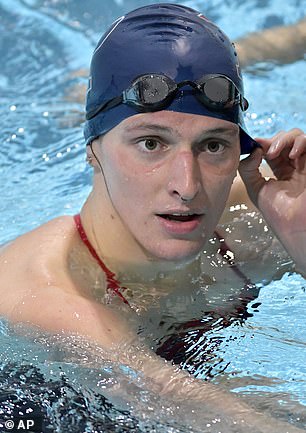 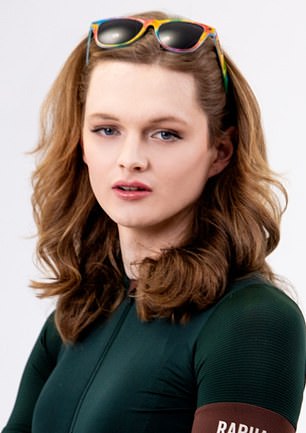 The decision was made during FINA’s extraordinary general congress on the sidelines of the world championships in Budapest after members heard a report from a transgender task force comprising leading medical, legal and sports figures.

British Olympian Sharron Davies, who has advocated for fairness in sport and has spoken out against transgender swimmers in women’s races, spoke of her ‘pride’ in the wake of the decision.

In a tweet, she wrote: ‘I can’t tell you how proud I am of my sport @fina & @fina_president for doing the science, asking the athletes/coaches and standing up for fair sport for females.

‘Swimming will always welcome everyone no matter how you identify but fairness is the cornerstone of sport.’

But she faced a major backlash for her views, with trans rights activists blasting her for her stance.

In an interview with You magazine, the 59-year-old swimmer says she suffered a huge drop in income after anxious employers dropped her because of her stance on the ‘toxic’ transgender debate.

But it was not just the sporting star who has called for a ban on transgender athletes competing against women – government ministers in the UK have also been demanding change.

In July, then-culture secretary Nadine Dorries told a summit of sporting chiefs from various governing bodies that it was ‘inherently unfair’ for women and teenage girls to be pitted against biological males.

Mrs Dorries told representatives from sporting industries including football, cricket and athletics that fairness must take priority over inclusivity in elite sport. But she backed the creation of new ‘open categories’ that would allow transgender women to compete against men.

The decision followed a move by female riders at the competition who threatened to boycott it and pull out if Miss Bridge was not blocked from racing against them.

Speaking at the time, her aunt Helen Bridges said he niece had been left upset by the verdict.

Mrs Bridges said: ‘It’s a bit of a tough one but I guess it’s unfair. It is unfair on Emily but the others obviously think it’s unfair on them so it’s a very, very difficult situation. Maybe trans athletes should have their own class but I think they should be allowed to do it [compete in women’s sports]’.

Mrs Bridges said her niece must have suffered a great deal of ‘stress’. Ela disse: ‘I really do feel for Emily. There’s a lot more to it given the amount of emotions she’s been through.’

The law was enacted as part of the Education Amendments of 1972.

It prohibits sex-based discrimination in any school or any other education program that receives funding from the federal government.

As a result of the law, women’s sports teams developed in schools throughout the country.

Biden is now seeking to change the definition of ‘sex’ in the law to include ‘gender’ and ‘gender identity,’ which would allow transgender students to compete in female sports.

Emily was forced out of the National Omnium Championships by international governing body the Union Cycliste Internationale (UCI) who said the controversial cyclist, who competed at the highest level as a man just a few weeks ago and held the UK national junior men’s record over 25 milhas, was ineligible.

The debate is equally as furious In America, with a college swimmer who tied with transgender athlete Lia Thomas blasting President Joe Biden for proposing to let trans athletes compete against biological women.

Riley Gaines, a 2022 graduate of the University of Kentucky, tied with Thomas for fifth place in the 200-yard freestyle NCAA championships in March.

Since then, Gaines has been outspoken in her opposition to Thomas’ presence in women’s races, even condemning the NCAA for nominating her as the Female Athlete of the Year.

During a recent op-ed for FOX News Digital, Gaines slammed the president for proposing to change the definition of ‘sex’ in a federal civil rights law to include ‘gender’ and ‘gender identity.’

The changes to Title IX, the 1972 law that prohibits sex-based discrimination in any school or any other education program that receives funding from the federal government, would therefore allow transgender female athletes to compete against biological women in sports.

By doing so, Gaines wrote in her essay, biological women would be placed at a disadvantage when competing against transgender women.

In her essay, Gaines cited studies showing that biological males have, on average, a 10 percent advantage over biological women in terms of strength, agility and stamina.

‘The male body is developed from the womb to be the physically stronger and more athletic of the two sexes… yes, there are only two,’ she wrote.

‘To put real numbers on the female-male deficit in my race, 10 percent of the 102 seconds it takes to swim the race is 10 seconds, which, not coincidentally, is exactly the difference between the men’s and women’s world records in the event.

‘So with effectively a 10 second biological deficit, I tied Thomas to the 100th of a second, which is relatively rare.

‘Given this, you think that the NCAA would recognize this incredible accomplishment, and at least equally reward us for trying,’ she continued. ‘Yet, instead, they gave Thomas the trophy that day for ‘photo purposes’ and assured me that mine would eventually come in the mail.

‘The University of Pennsylvania and the NCAA then subsequently nominated Thomas for NCAA Women of the Year, the highest accolade for females in all of college athletics.’ 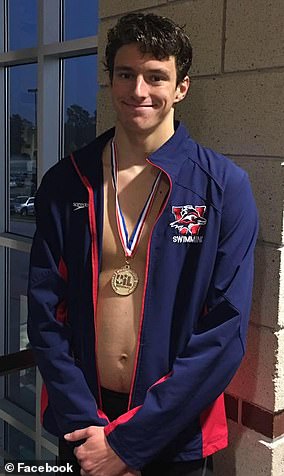 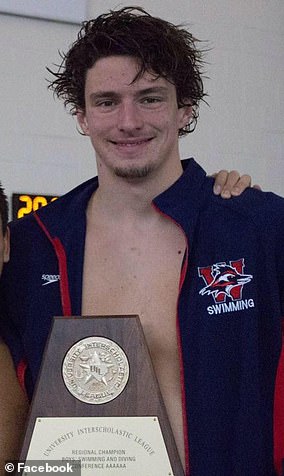 Thomas previously competed on UPenn men’s swim team for three years as Will before transitioning in 2019 (retratado em 2016 e 2017, respectively)

Lia Thomas started taking hormone therapy while she was still competing as a male back in May 2019.

Under USA Swimming rules, athletes had to have recorded low levels of testosterone for 36 months to compete in the female category.

That meant that Thomas didn’t qualify for the NCAA championship, if they followed USA Swimming rules – as they originally said they would.

But the NCAA said that she would be allowed to compete because they were refusing to adopt the threshold in 2021.

The NCAA committee said: ‘The subcommittee decided implementing additional changes at this time could have unfair and potentially detrimental impacts on schools and student-athletes intending to compete in 2022 NCAA women’s swimming championships.’

It is unclear what they will do next year, Contudo. 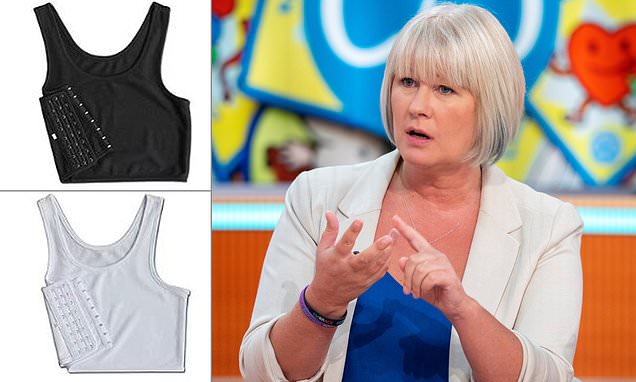 Trans charity Mermaids is a scandal unfolding before our eyes

Why critics say trans charity Mermaids is a scandal unfolding before our eyes: A scheme to send 'harmful' breast binders to children behind parents' backs, and staff pushing puberty-blocking drugs. Is it time to withd... 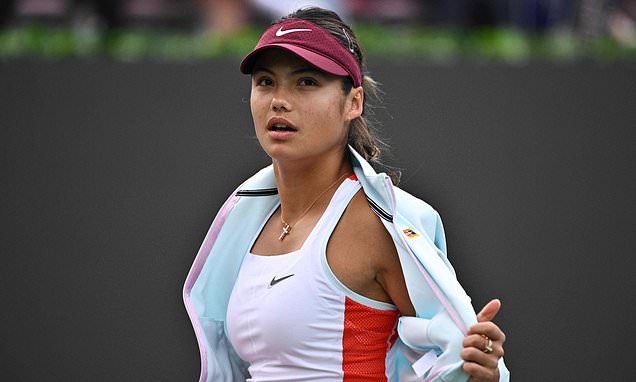 Emma Raducanu retires injured during battling Korea Open defeat by Jelena Ostapenko.... as the Brit is denied her first final since winning the US Open over a year ago following an impressive three-match winning runEm... 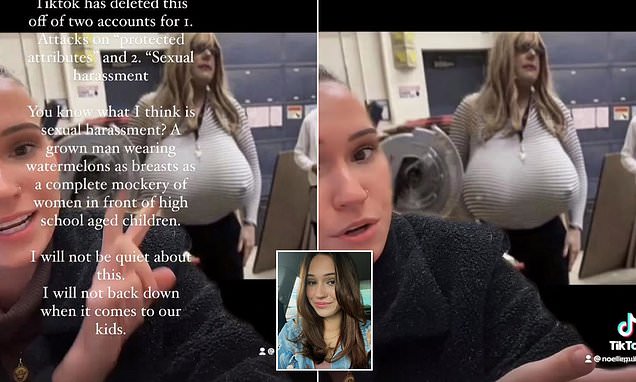 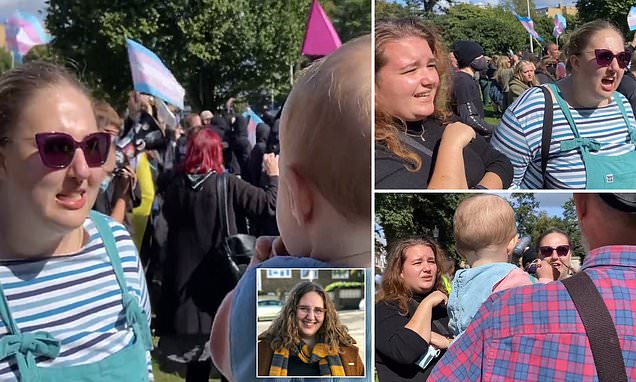 Activist who abused father says she was protecting ‘trans friends’

Trans activist who shouted in the face of 'fascist' father and baby claims she was 'protecting her trans friends' but admits she was wrong as she faces calls to be sacked as Labour MP's aideCarly-May Kavanagh is a pol...