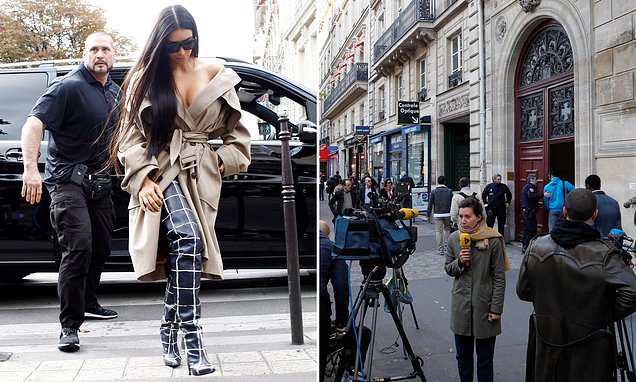 Twelve suspects who ‘tied up Kim Kardashian at gunpoint during  £7.5million jewellery heist’ in Paris will stand trial

The reality TV star said she was tied up at gunpoint and locked in a bathroom after armed robbers forced their way into her rented Paris apartment during fashion week.

After five years of investigation, investigating judges have ordered the case sent to trial, a judicial official said Friday. 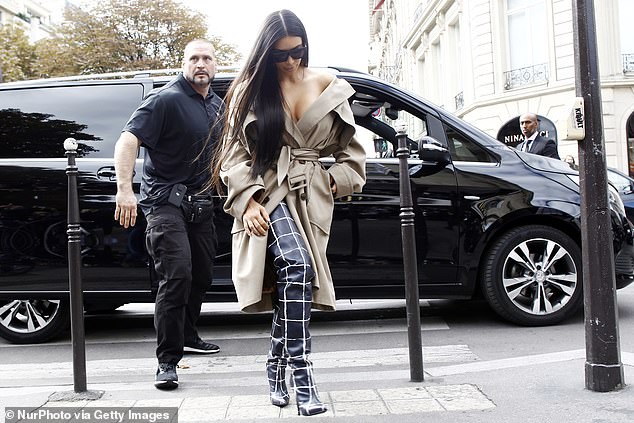 Twelve people will stand trial in Paris over a £7.4million jewellery heist targeting Kim Kardashian West in 2016, authorities said Friday. Pictured: Kim Kardashian and her bodyguard Pascal Duvier seen out and about in Paris the day before the robbery, on October 2, 2016

The 12 suspects face a range of charges related to the theft.

No trial date has been set, and the official would not provide further details. 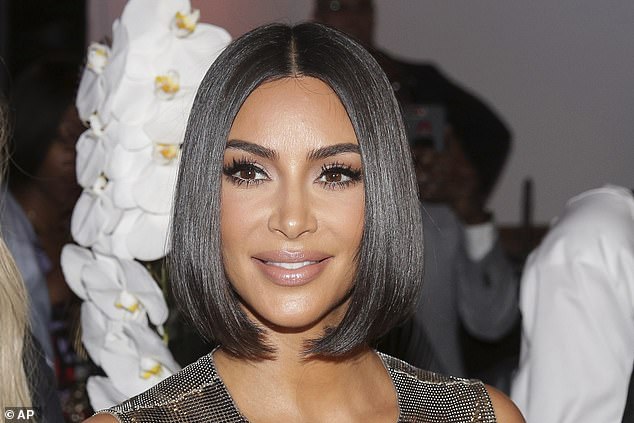 After five years of investigation, judges have ordered the case sent to trial, after armed robbers forced their way into Kim Kardashian West’s rented Paris apartment during fashion week in 2016

Several suspects have been released from jail pending trial for health reasons, including 68-year-old Yunice Abbas, one of the five men accused of carrying out the heist itself, who published a book about it last year.

The alleged mastermind, Aomar Ait Khedache, wrote Kardashian West an apology letter from his prison cell, saying he regrets his actions and realizes the psychological damage he caused.

At the time, a spokeswoman for Kardashian West said she was badly shaken but physically unharmed.

Kim and sister Kourtney traveled to Paris together in October of 2016 to attend Paris Fashion Week. 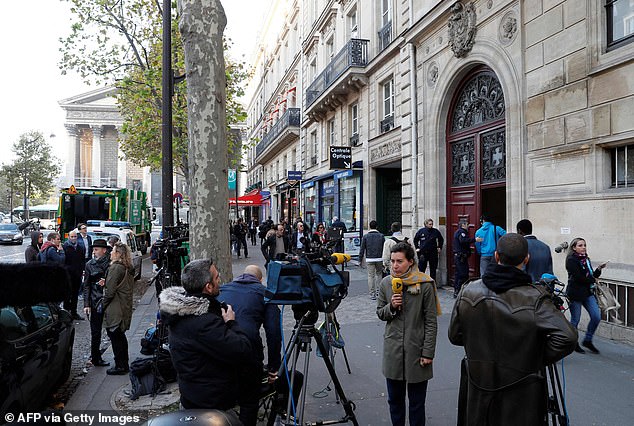 Police stand guard at the entrance to a hotel residence at the Rue Tronchet, near Madeleine, central Paris, where reality star Kim Kardashian-West was robbed at gunpoint by assailants disguised as police (Photo taken on October 3, 2016)

In a reunion episode of Keeping Up with the Kardashians in June this year, Kardashian West told host Andy Cohen she still cannot sleep if there are any ‘expensive items’ in her home.

Five years after the robbery, she revealed: ‘As far as jewelry, if I’m wearing something, it’s borrowed. It’s fake.

‘I can’t sleep if I have jewelry in my safe, or money, or anything at my house. I just don’t live my life like that.

‘The things I valued before that happened were genuinely completely different than what I value now. It’s fun to get dressed up and all this, but like, [material] things don’t make me.’ 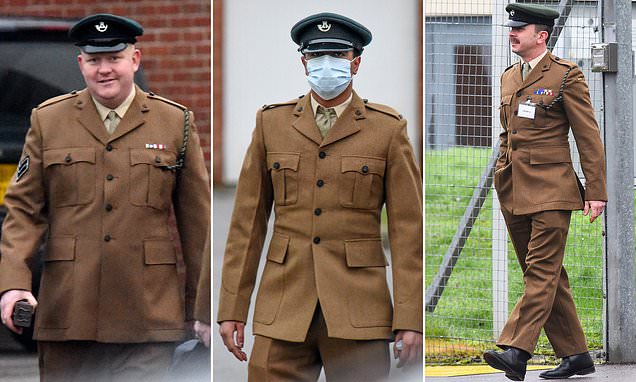